Become a Member
Read Today's E-edition
Share This
Watch now: What we know so far about Bloomington apartment complex fire
0 Comments
Share this 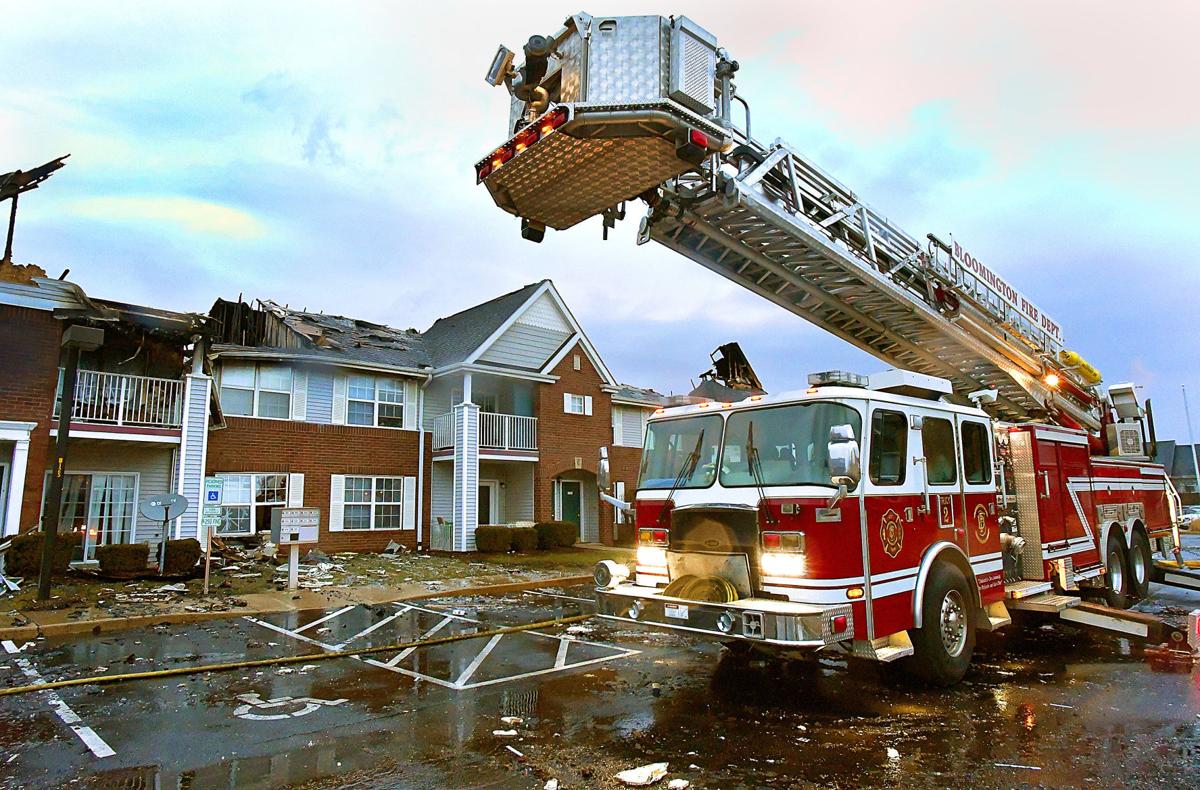 Fire crews remain on the scene of Traditions Bloomington Apartments on Monday. More than dozen units were severely damaged. 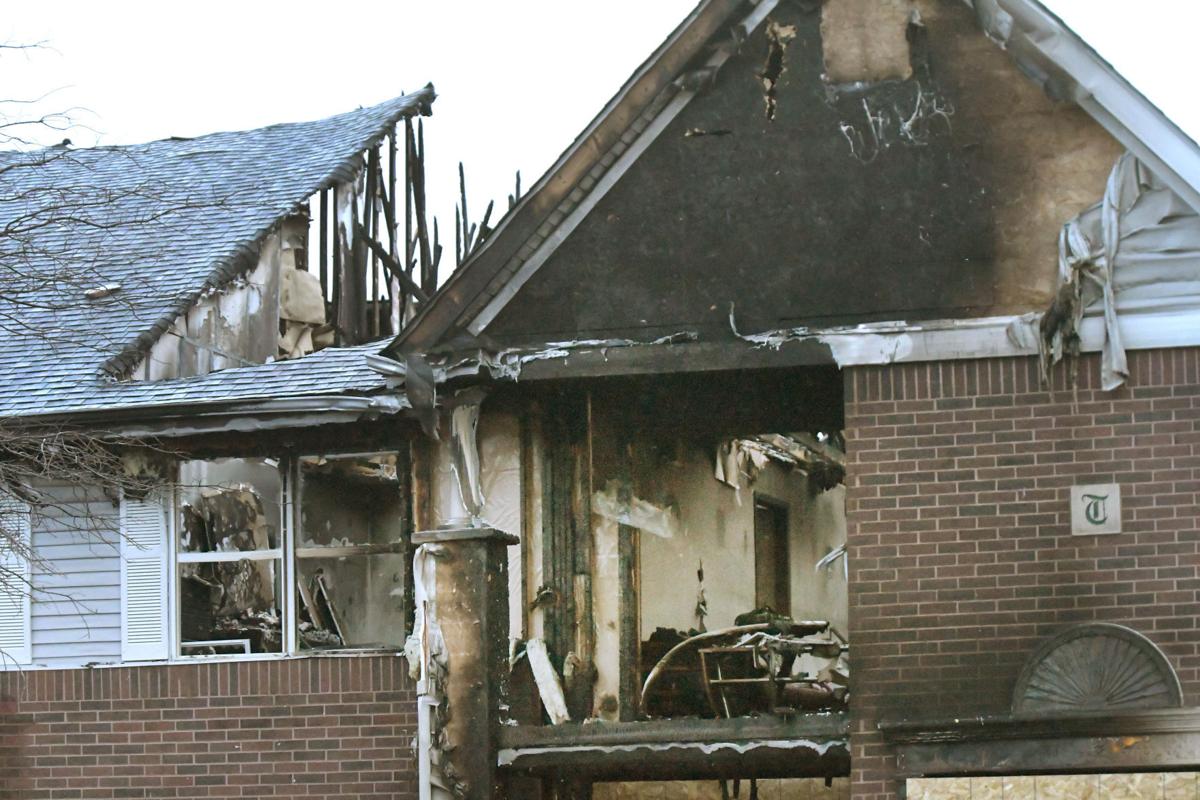 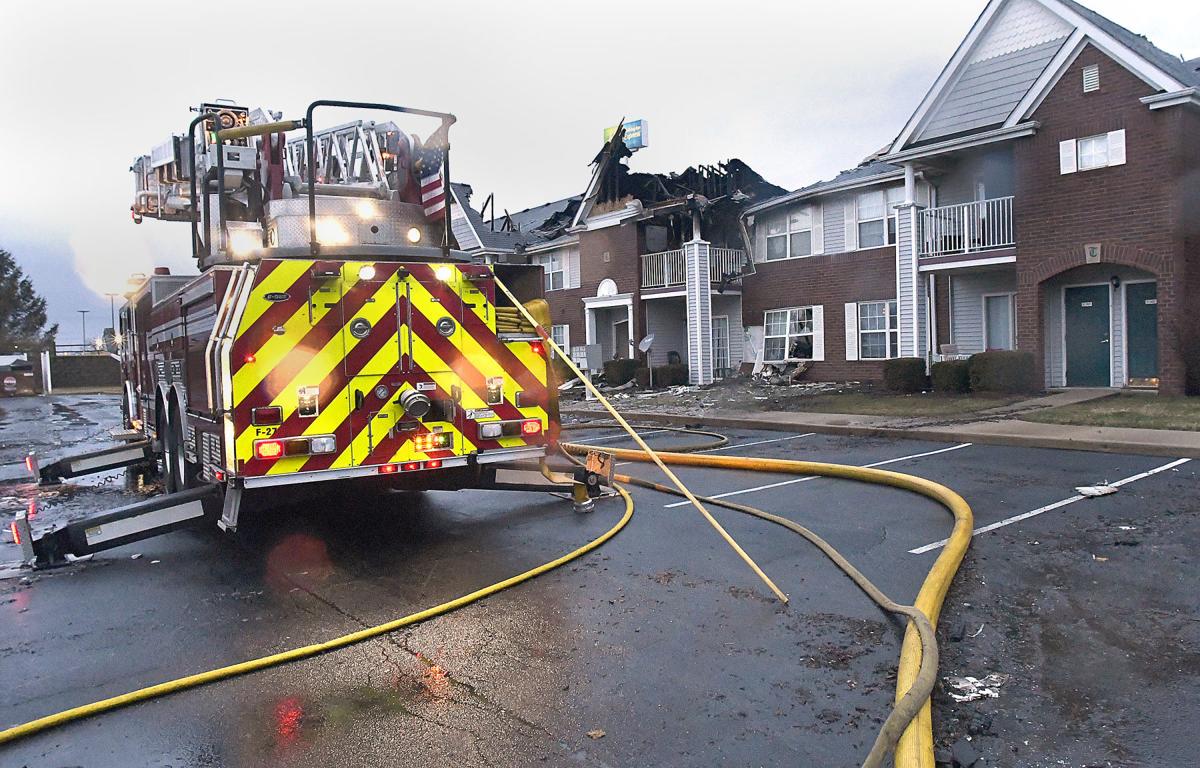 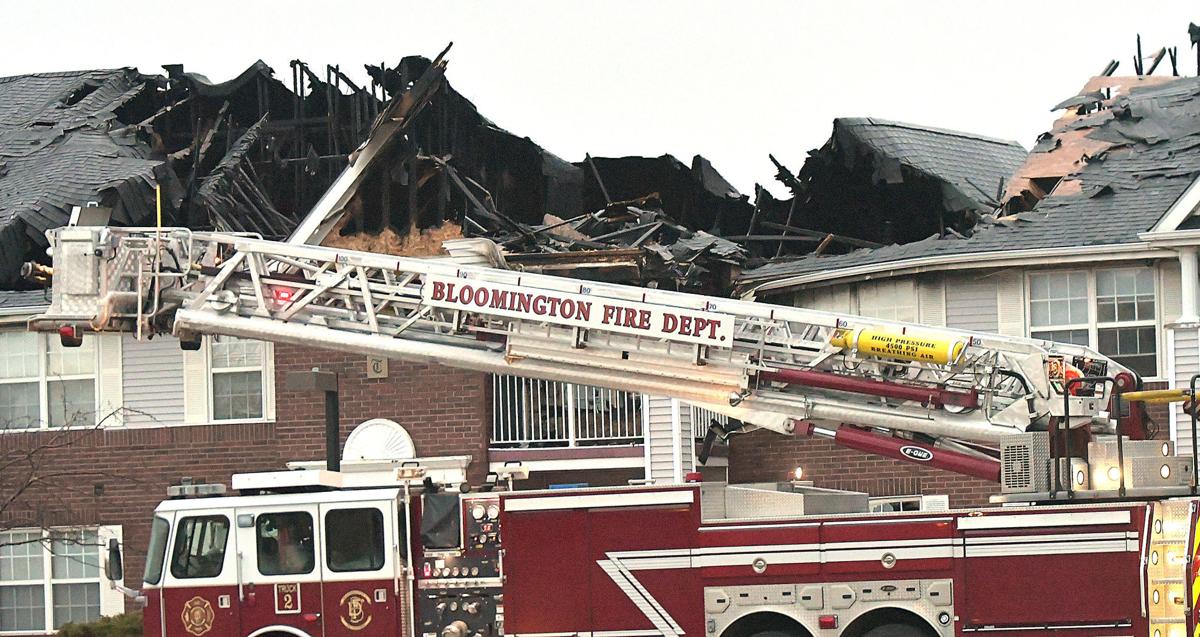 It was apparent that fire had burned off much of the roof as a Bloomington Fire Department ladder truck was still on the scene early Monday, March 15, 2021, at Traditions Bloomington Apartments, 265 Reeveston Drive Sunday night.

BLOOMINGTON — Fire officials have not determined what caused the massive fire that burned through a 20-unit apartment building in west Bloomington on Sunday night, leaving 37 people without a home.

Bloomington fire crews were called out at 7:51 p.m. to Traditions Bloomington Apartments, 265 Reeveston Drive. Firefighters found flames spreading up an exterior wall and into the attic space.

A woman who lives in one of the neighboring buildings said, “it was scary” seeing the flames so high.

Firefighters initially made an offensive attack on the blaze and searched the building to make sure everyone was out.

All residents evacuated the building safely with no injuries reported. Fire officials said a cat was taken to a local animal hospital Sunday night, but by midday Monday, the pet was on its way back to its owners and in good condition.

The flames spread throughout the attic space, pushing the crews to go on the defensive.

Firefighters kept the damage contained to one building. The fire department and a representative from Traditions said the building is expected to be a total loss because of the fire, smoke and water damage, meaning it will not be salvaged.

Firefighters battle a blaze in a 20-unit building of the Traditions Bloomington Apartments complex Sunday night, March 14, 2021. No injuries were reported but 36 residents were displaced. #BloomingtonIL #fire #blono pic.twitter.com/n4241kNG6S

Eric Davison, spokesman for the Bloomington Fire Department, said most firefighters left the scene around midnight, having worked to clean up and monitor hotspots after the fire was brought under control. The last crew left the apartments at noon Monday.

The affected building was fenced off by Monday afternoon and several windows and doorways boarded up.

The fire seems to have started outside the building, but the cause of the fire has not been determined, Davison said.

The strike authorization vote will be preceded on March 26 by a full bargaining unit meeting of all teaching assistants at ISU.

Completing the Free Application for Federal Student Aid or an alternative is a requirement for high school graduation in Illinois.

Struggling for months with unemployment and reduced hours brought on by the coronavirus pandemic, Jermaine Somlar's bills keep piling up.

The McLean County Health Department is joining an expanded Phase 1B vaccination stage that increases who is eligible for the vaccine.

Bloomington police is asking for the public’s help in finding a missing person.

Watch now: This McLean County cannabis business is growing so much, they need more parking

The parking lot would be able to handle 40 vehicles, according to the plans submitted.

The high winds brought in with Thursday’s storm blew off part of the roof at Normal Community West High School, and meteorologists say the steady rainfall won’t let up until late in the evening.

Fire crews remain on the scene of Traditions Bloomington Apartments on Monday. More than dozen units were severely damaged.

It was apparent that fire had burned off much of the roof as a Bloomington Fire Department ladder truck was still on the scene early Monday, March 15, 2021, at Traditions Bloomington Apartments, 265 Reeveston Drive Sunday night.