BLOOMINGTON — It can be stolen in a matter of minutes, even in broad daylight, and it’s leaving some Central Illinoisans with a hole in their pocket.

McLean County is no outlier to a nationwide trend of catalytic converter thefts from vehicles. The vehicle part converts an engine’s emissions into more environmental-friendly gases to emit out of its exhaust. It’s also a hot commodity for those willing to skirt the law and make quick cash.

While catalytic converter thefts are “always a problem,” said Bloomington Police Public Information Officer John Fermon, the city has reported 21 thefts in 2021 – a significant climb from years past.

The appeals are the metals within the converters that can be scrapped for cash.

Viva Sandrock, owner of Gearheads Garage in Bloomington, said recycling centers could pay between $50 and $300 for a used catalytic converter depending on its manufacturer.

Sandrock said the cost to replace a catalytic converter varies between $1,000 and $3,000, and “some people are paying out of pocket,” depending on their insurance.

People can swiftly slide underneath a car with a battery-powered reciprocating saw and cut the piece from an exhaust system in a few minutes.

“If there’s a parking lot that’s dimly-lit, someone could go in there on one battery and probably take 10 converters just like that,” Sandrock said.

Although catalytic converters are underneath the car, Sandrock added, “You would definitely, absolutely know” if yours was stolen.

“It’s going to be wide open exhaust at that point. It would not be going through the muffler, so it’ll be very, very loud – the exhaust,” Sandrock said.

The parts thefts have been reported across the country as metal prices have increased. Some states, including Missouri, require scrap yards to get a photo of a seller's driver's license when a converted is sold. Illinois doesn't have that rule.

“There had been a period of time where we hadn’t seen any and then all of a sudden there was a rash of reports, which indicates to me that it was kind of the same people that went around and hit several locations,” Klingele said.

The theft locations are random – essentially wherever cars are parked for longer periods of time, sometimes in larger lots.

Klingele recalls one theft that occurred at a car dealership “in broad daylight.” He noted another one at a construction company.

The Normal Police Department does not keep an active record of catalytic converter thefts, as they’re often categorized under multiple codes of theft or vehicle theft, the department said.

The assumption may be that the thefts are coming from the same group of people, but police truly aren’t sure how many people or where they’re from.

“It’s probably one person, two people or a group doing it, so we’ll have to coordinate with other departments like ‘Hey, did you interview somebody for this? What kind of evidence do you have?’ So, it’s kind of probably a local law enforcement effort,” Fermon said.

Law enforcement acknowledged that it’s difficult to prevent someone from sawing off your catalytic converter when you’re not near your car.

“Unless you’ve got like a James Bond car, it’s pretty hard to have a defense against it,” Fermon said.

But there are some things people can do to help deter it, such as parking your car in well-lit areas.

“Just try to keep an eye on your car. Maybe park in an area where there’s cameras,” Klingele said, adding that it’s ideal to park in a garage or locked lot when accessible.

Fermon said people should call the police if they notice anyone suspicious walking around parking lots, especially if they’re carrying saw or a converter, or if they’re looking underneath vehicles.

McLean County Sheriff Jon Sandage noted that scrap yards should also be aware and alert police if people come in with an abundance of catalytic converters.

Catalytic converter thefts in Bloomington so far this year

How much it could cost to replace in dollars

No arrests have been made, as detectives are investigating “the possibility of a targeted attack on the victim,” police said.

BLOOMINGTON — A Bloomington man who has been in McLean County custody for a week had his bond set on Monday.

A woman who is detained at the McLean County Detention Facility has been charged with aggravated battery.

County and township officials would welcome the city of Bloomington’s request to rejoin Metcom, the countywide emergency communications system, but “numerous” details would need to be addressed.

The Bloomington-based insurer this week said that more than 18,000 claims related to the theft of the auto part were filed nationwide from July 1, 2020, to June 30, 2021. Of those claims, one in 10 were filed in Illinois. 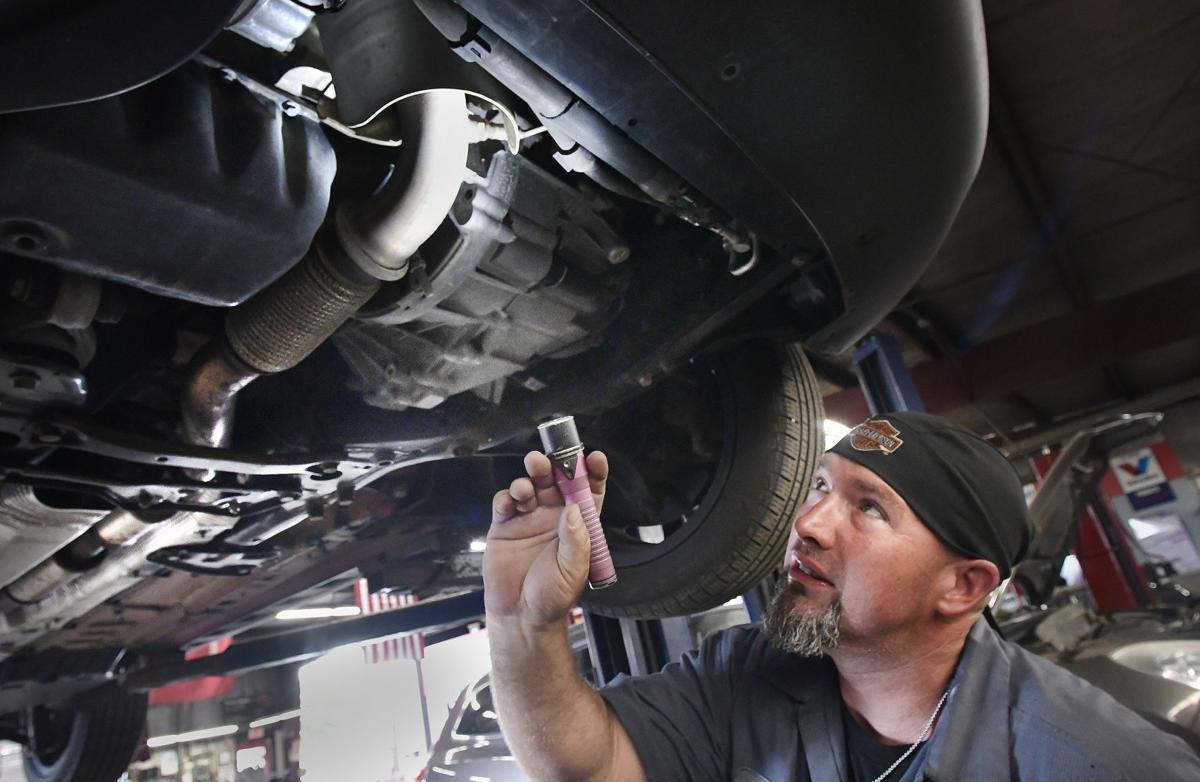 Viva Sandrock, owner of Gearheads Garage in Bloomington, examines a catalytic converter on Thursday. The devices are stolen and sold for parts. 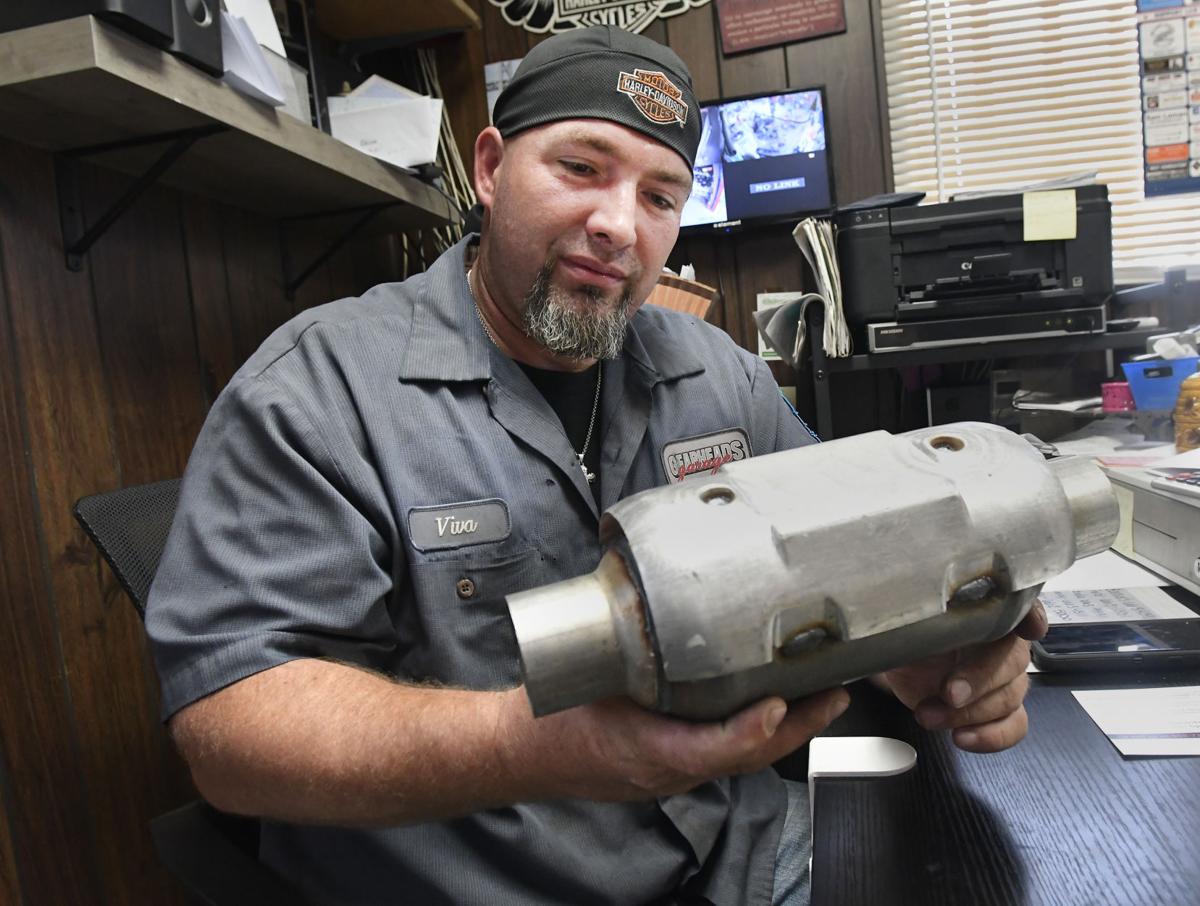 Viva Sandrock, owner of Gearheads Garage in Bloomington, looks at a catalytic converter in his shop on Friday. The item is expensive to replace due to its contents that include rare element that act as catalysts to break down harmful emissions from the engine exhaust. 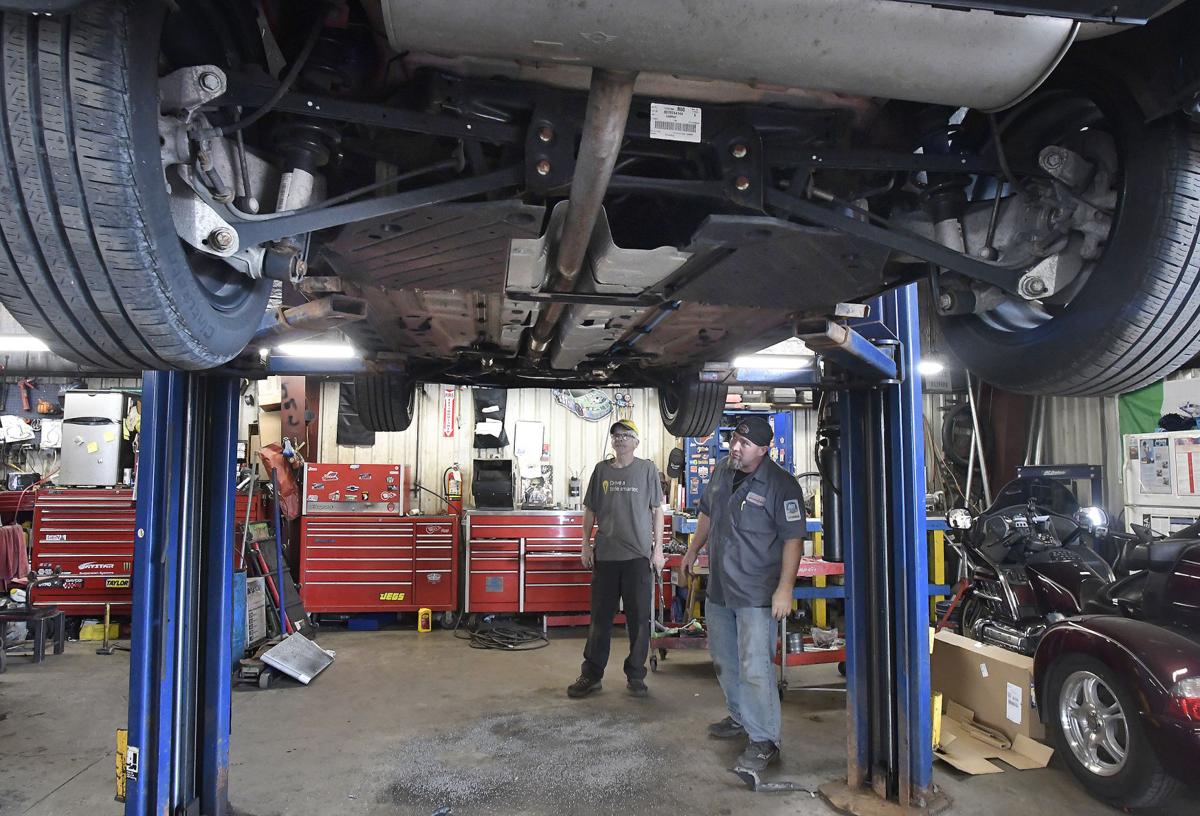 Mechanic Ken Callahan, left, and Viva Sandrock, owner of Gearheads Garage in Bloomington, look at a catalytic converter on a vehicle in his shop. Converters are disappearing from area vehicles as they are generally easy to steal and are quite expensive. 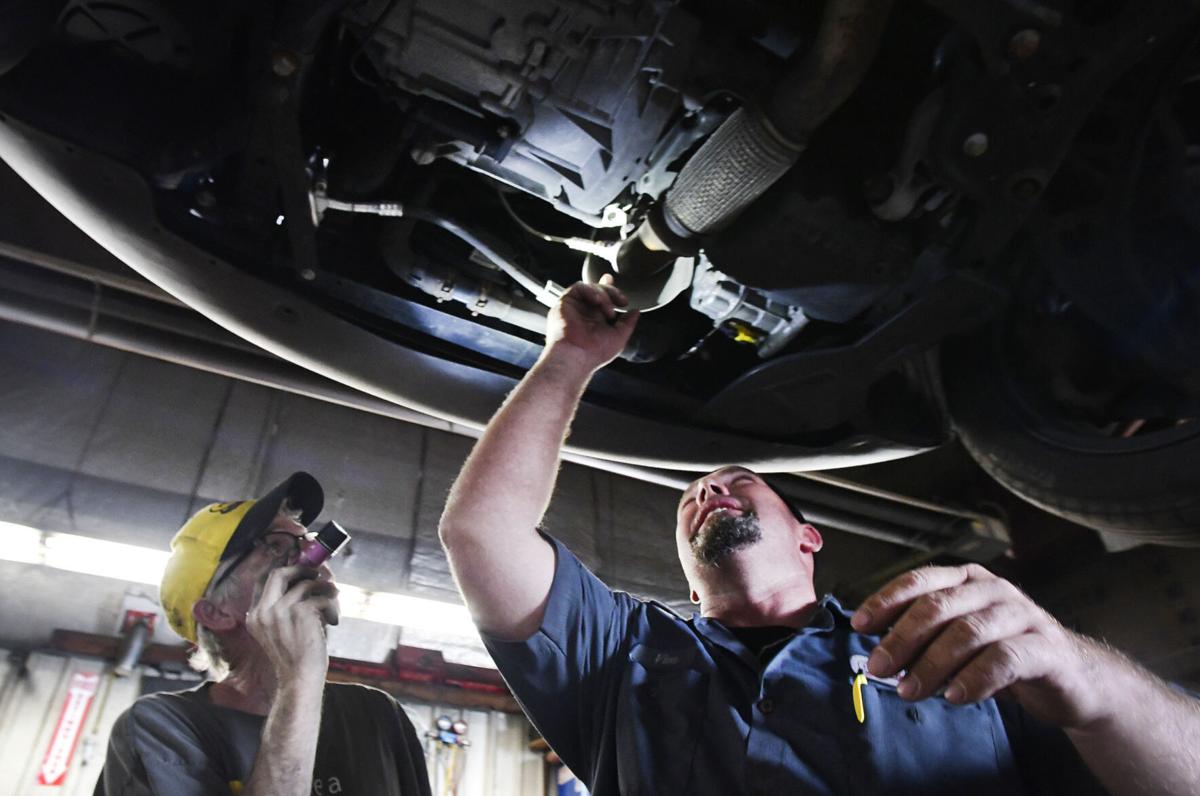