BLOOMINGTON — Cleanup efforts in Bloomington-Normal will take several weeks after more than 10½ inches of rain fell throughout the weekend.

“This is a very, very large loss for the community. We have crews all over trying to get to everyone as soon as possible,” said Greg Cook, director of business development and marketing at Paul Davis Restoration.

Paul Davis is one of several companies fielding calls of reported water damage after homes, businesses and streets were flooded. Cook said Paul Davis has received more than 400 calls for service, both commercial and residential, since the storms moved in Friday evening.

The Normal Fire Department was busier than usual as well. Fire crews ran 47 calls for service between Friday afternoon and Saturday afternoon when the second round of storms finished, but not all of those were weather related, spokesman Matt Swaney said.

“Anytime you see water across the roadway, turn around,” Swaney said. “You can never tell how deep the water may be, and it doesn’t take much water to flood out your engine or push your car off the roadway. It’s not worth losing your car, or worse, your life, just to get down the road.”

At least 30 road cave-ins cropped up throughout Bloomington over the weekend in the wake of the torrential rains and flash flooding, blocking off roads for what could take up to several weeks to assess and repair, said Kevin Kothe, Bloomington director of public works. Additionally, the department has fielded hundreds of calls for flooded basements due to sewer backups and overwhelmed sump pumps.

“When we have this much rain this quickly, it’s hard for water to get away,” he said. “Truly, this was a very heavy rain that we don’t normally experience.”

Early reports indicate the hardest-hit areas appear to be concentrated in Bloomington’s older neighborhoods, where the city uses a combination sewer system. Citywide, people have begun putting out furniture and other items damaged from the floodwaters onto the curb for roadside cleanup.

After a weekend of wet weather the City of Bloomington is in clean up mode. The Public Works department remains busy clearing mud and debris from streets and intersections with critical areas being addressed first. Find complete details here: https://t.co/UdN8Bufy1G pic.twitter.com/iucgOwSEq3

Crews have also hit the streets to clear away mud, twigs, grass and other debris left behind in the flash flooding, especially around the downtown businesses. Not even the public works department seemed to be spared as flood waters breached its doors for the first time in over 20 years.

“That intensity of rainfall in that short of time really caused a lot of runoff that just exceeded what the sewers can handle,” Kothe said. “Water wants to go somewhere and it just unfortunately headed through downtown and got into businesses and residences along the path.”

Many homes and businesses that experienced flooding were faced with water coming through their drains. Normal public works crews have monitored sanitary sewer systems, particularly at the Ironwood pump station, which can be more prone to flooding due to lower elevation, said Wayne Aldrich, Normal public works director.

The flooding, Aldrich said, was unlike any other storm he’s seen in his 24 years with the town.

“It was just an extreme storm,” said Aldrich. “The intensity is something these storm sewers aren’t designed to handle.”

Several streets were underwater over the weekend, especially those areas near creek crossings. Much of the water receded within hours of the storms passing through, but creek levels remained high.

Alan Hardman, assistant manager at Ace Hardware in Normal, said the store had a record number of customers coming in since Friday, wiping out their flood and water damage supplies by Sunday morning.

The store owners sent a truck from other Ace stores in the area to restock Normal because from Springfield to Dwight, “Nobody else got hit like we got hit,” Hardman said.

Bloomington-Normal recorded the highest rainfall totals in McLean County, according to the National Weather Service in Lincoln.

Bloomington’s totals were about 8-11 inches, depending on where in the city the measurement was taken. About 10 inches were recorded in Heyworth and 9.5 in Shirley.

Hardman said for those handling flooding basements, the first step is to pump out the water and bring in fans to try to dry the area. If the source of the water is the drains, homeowners don’t have much control, since this depends on the sewer system and storm drainage.

If people suspect basement flooding due to sanitary sewer issues, they should call the public works department to file a report, Aldrich said, noting homeowners can also extend gutters to ensure water flows away from the home’s foundation to prevent flooding.

Given the demand from customers, Hardman said he extended the store hours on Sunday, because “We’re trying everything we can to help the community."

Cook estimated cleanup will take several weeks as Paul Davis and every other restoration company is “swamped” with calls and working around the clock to help their customers.

The damage and flooding is “widespread,” he said. “When you encounter as much rain as we did, in such a short period of time, sump pumps and drainage systems can’t keep up. So what we’re finding is sump pumps are working nonstop and they just give out.”

Once a pump fails, there is not much a home or business owner can do. “The water is going to come in; there’s really no way to stop it at that point,” Cook said.

The water made its way into Home Sweet Home Ministries, pouring into the basement Friday night at 303 E. Oakland Ave.

“The impact of over 38 inches of accumulated rain that flooded our basement,” caused damage to the emergency shelter’s freezers, air conditioning unit, laundry facilities, storage shelves and maintenance areas, according to a statement from Home Sweet Home.

Power companies were also kept busy as many customers lost power and others requested their power be disconnected because they were experiencing flooding in their homes, said Hillary Cherry, director of communications for Corn Belt Energy, which powers the outskirts of Bloomington-Normal and the majority of rural McLean County.

“One of our key points is we want to remind everyone not to step into standing water when there is electrical equipment, such as in their basement where they may have a sump pump or other things. It could be deadly,” Cherry said.

She added that Corn Belt Energy crews responded to many calls related to flooding and fallen trees, and they continue to watch the Corn Belt service area for additional flood-related issues.

“We also had power poles impacted by the storms including one that lightning hit and blew the top out of,” Cherry said. “Our crews were able to safely restore power to everyone impacted.”

Ameren Illinois spokeswoman Stacey Shangraw reinforced the concern about customers entering flooded areas that contain electrical equipment. She also gave other advice that Ameren recommends during and after flooding, which includes:

As saturated as the ground already is, Central Illinois isn’t in the clear yet. The forecast calls for possible thunderstorms across the region through Thursday.

Here is a look at our 4 day (96 hour) rainfall totals as of this morning. The heaviest rains fell roughly between I-55 & I-57 where a widespread 4-6" was reported. Parts of McLean county received 8-10"+ with most of this recorded Fri night June 25. #ilwx pic.twitter.com/fqTP9lWCJX

The potential for widespread severe weather is low, but locally heavy rain is possible. The heaviest rain is expected to fall south of McLean County, more along Interstate 72, said Mike Albano, a meteorologist in Lincoln.

Temperatures are forecast to be in the 80s, with high humidity through midweek, he said.

The weather should dry out for the holiday weekend, with cooler temperatures and lower humidity expected.

Homeowners and plumbers across Central Illinois worked through the night Friday and into the early morning hours Saturday to clear basements of standing water and to attempt to prep for more storms.

In recognition of the struggles and the successes, as well as the people behind both, The Pantagraph interviewed seven members of the Bloomington-Normal LGBTQ community who play a role in the ongoing push for codified freedoms.

A declaration of local disaster has been issued by McLean County Board Chairman John McIntyre in response to damage caused by severe storms that hit the area Friday through Sunday.

McLean County emergency management crews will visit property owners Friday and Saturday to assess damage from the flooding and storms in the area last week.

The McLean County Emergency Management Agency announced Friday it would be extending the deadline for online submissions until 5 p.m. Friday, July 9.

Central Illinois will be dry until a chance of thunderstorms begins Wednesday, continuing into the weekend.

After childhood vaccine rates plummeted last year, health and school officials in Bloomington-Normal are reminding families now is the time to get those back-to-school immunizations and physicals scheduled.

About 2,000 damage reports have been submitted to the McLean County Emergency Management Agency and hundreds of those reports came from canvassing efforts.

Three weeks after a series of extreme storm events pounded the city over two days, dropping up to 10 inches of rain and overwhelming city infrastructure, officials on Monday said they do not have an immediate solution to prevent the same issues from unfolding again.

More than a month after a series of unprecedented storms caused severe flooding and widespread damage to homes across Bloomington, residents are still recounting the harm and pushing for elected officials to expedite repairs to existing infrastructure.

More than a month after the June 25 and June 26 extreme weather events, nearly all of the more than 500 Bloomington residents who experienced and reported losses have yet to be compensated for them. 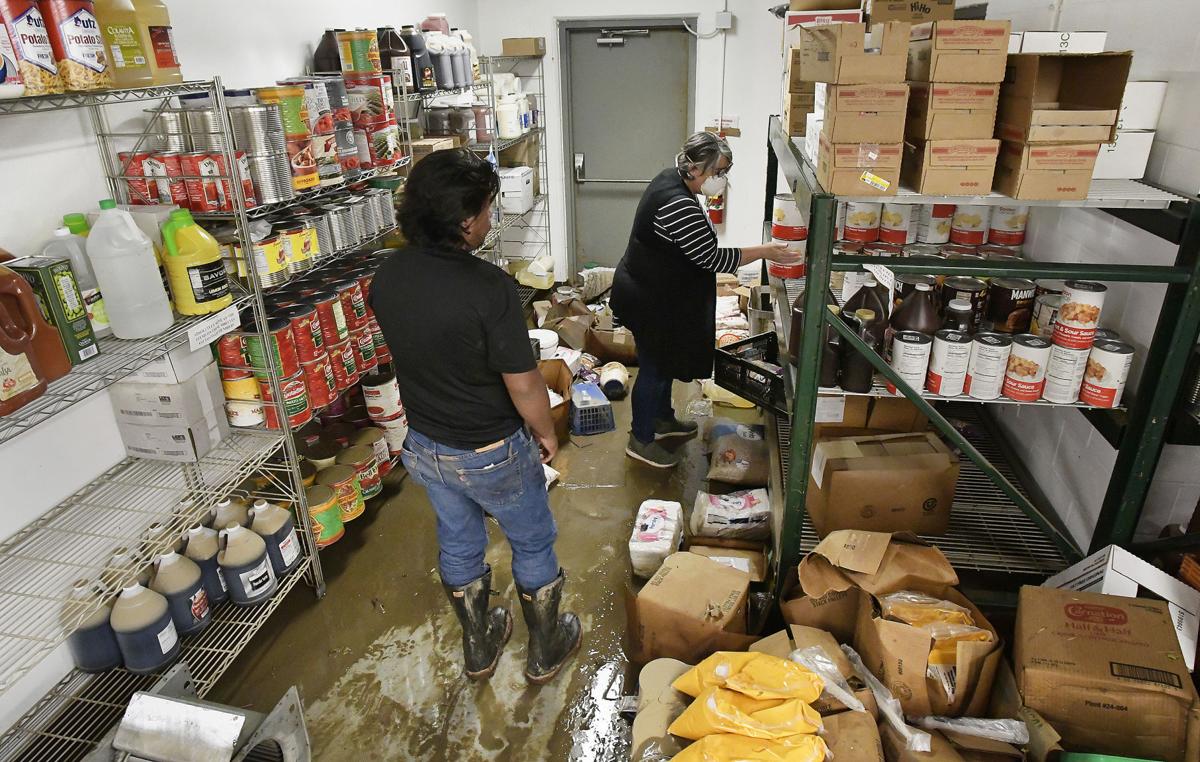 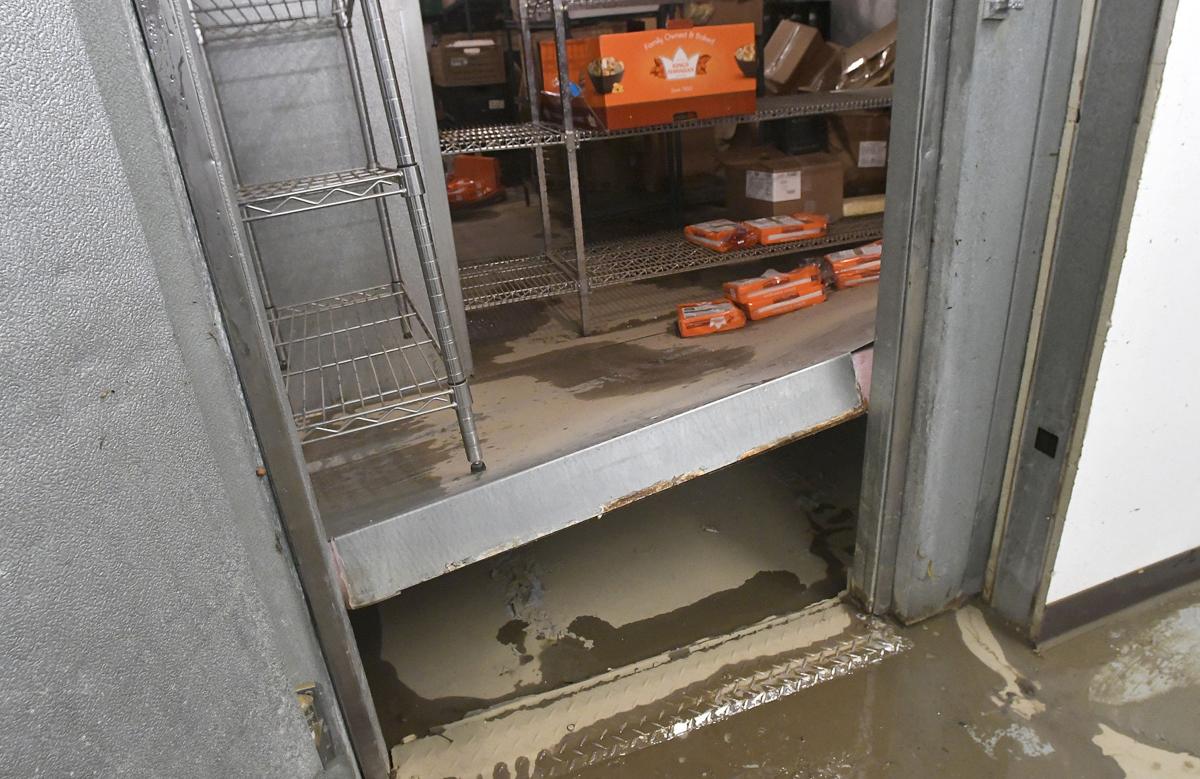 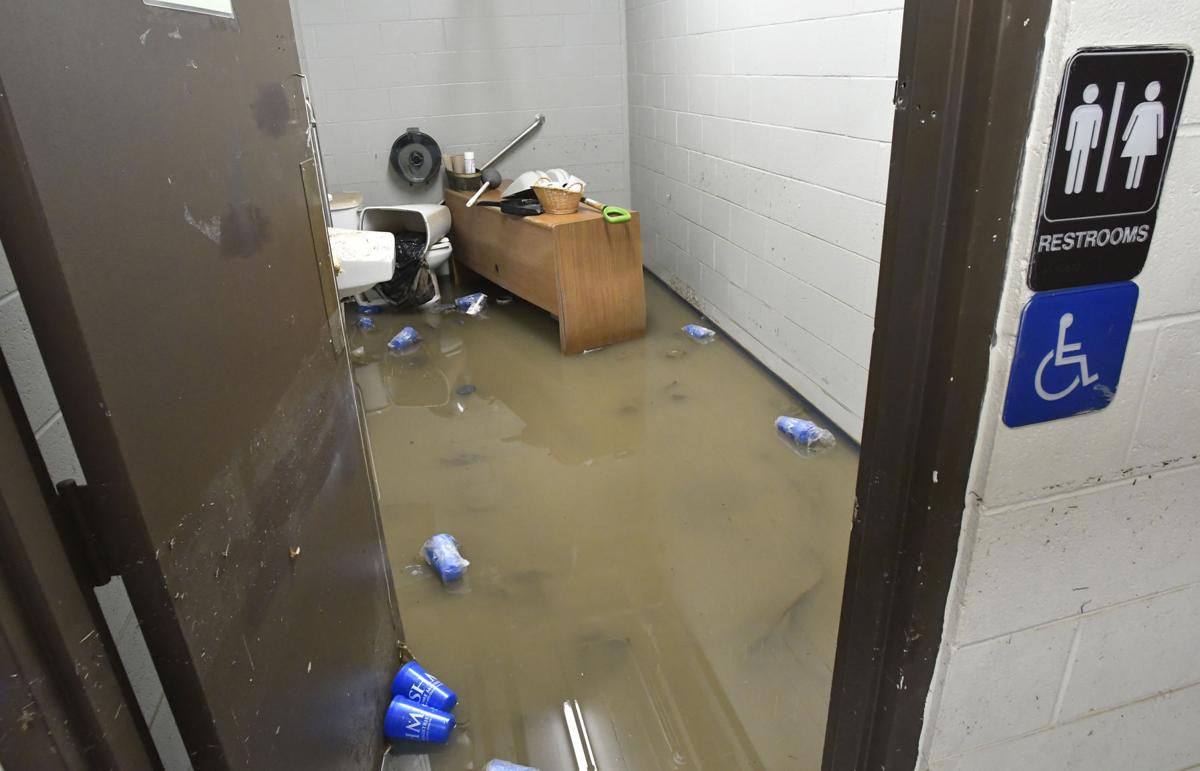 Muddy water continued to fill a basement restroom at Home Sweet Home Ministries, 303 E. Oakland Ave., Bloomington, after some 38 inches of water rushed into the mission's basement over the weekend. 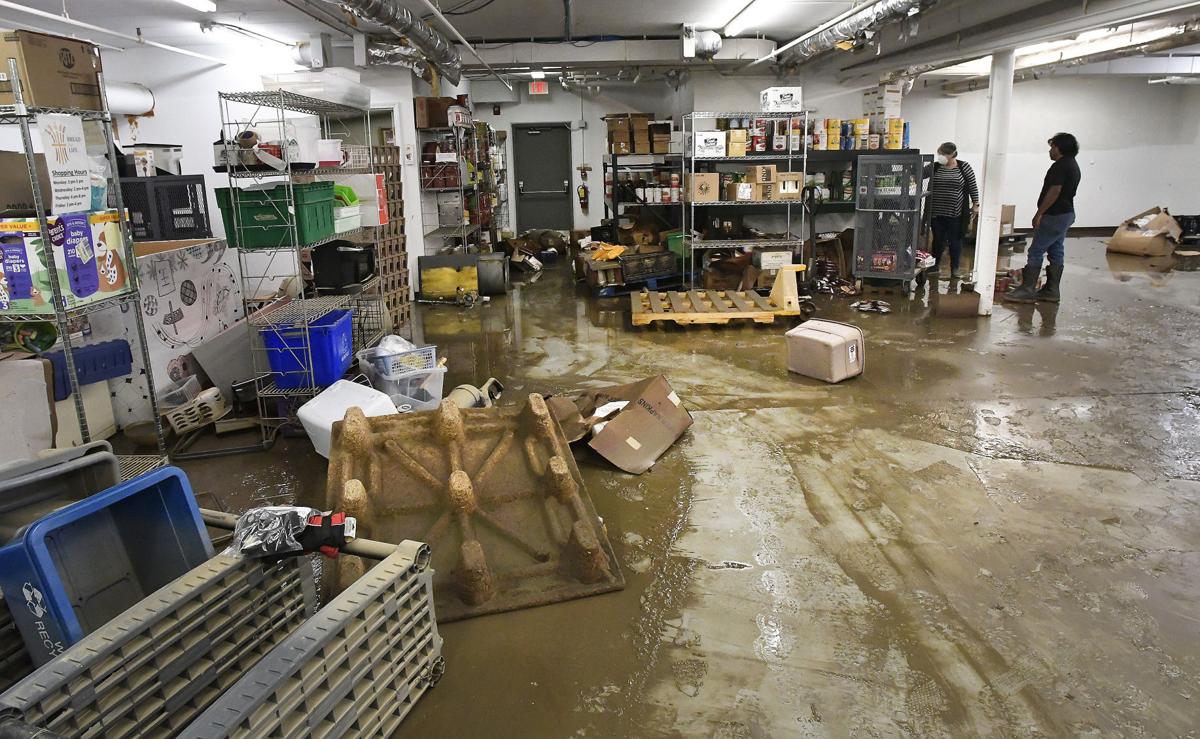