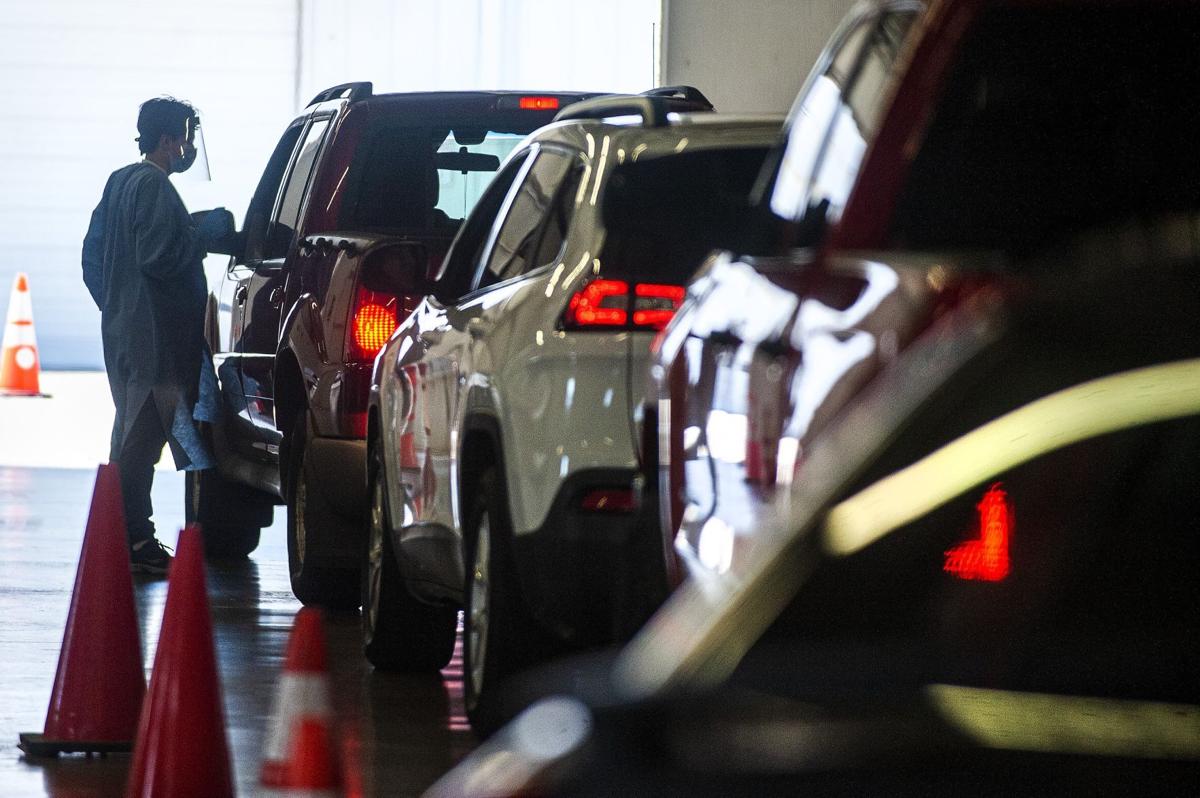 Charlotte Wilkes, a technician with Reditus Laboratories, instructs a patient on how to conduct a nasal self-swab test on July 6 at the McLean County Fairgrounds, 1106 Interstate Drive, Bloomington. The COVID-19 testing site is open 9 a.m. to 5 p.m. daily except holidays and in the event of severe weather. 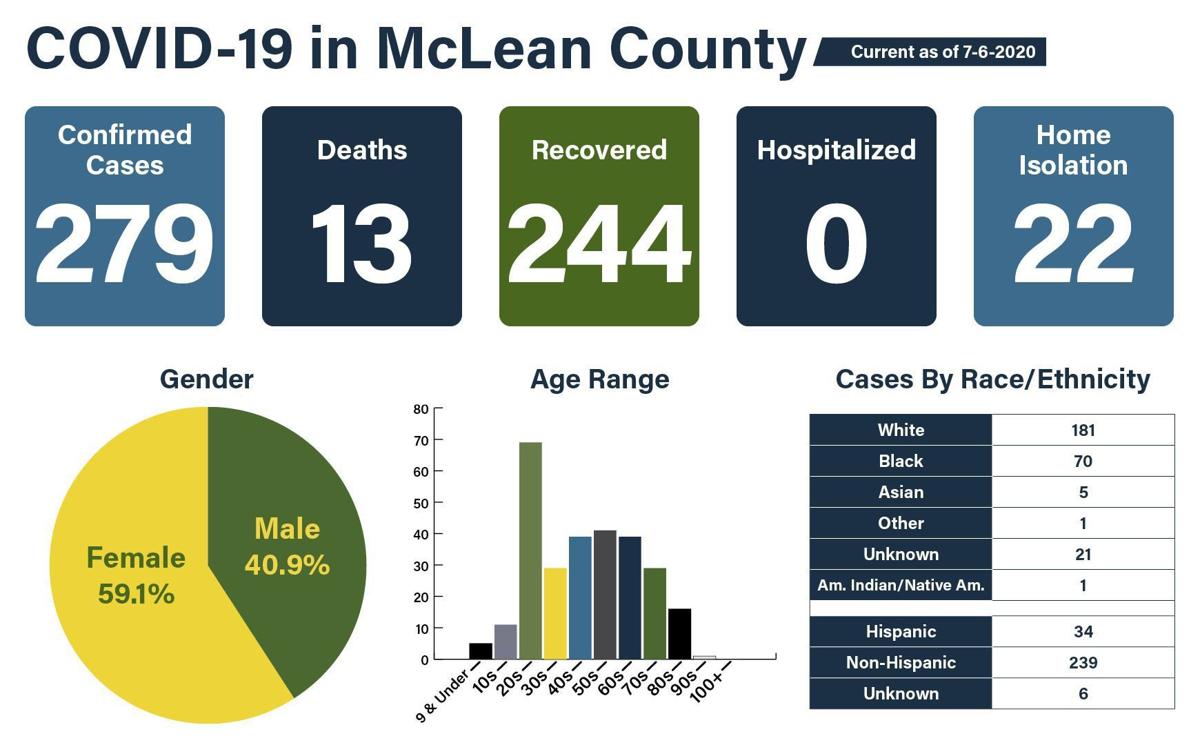 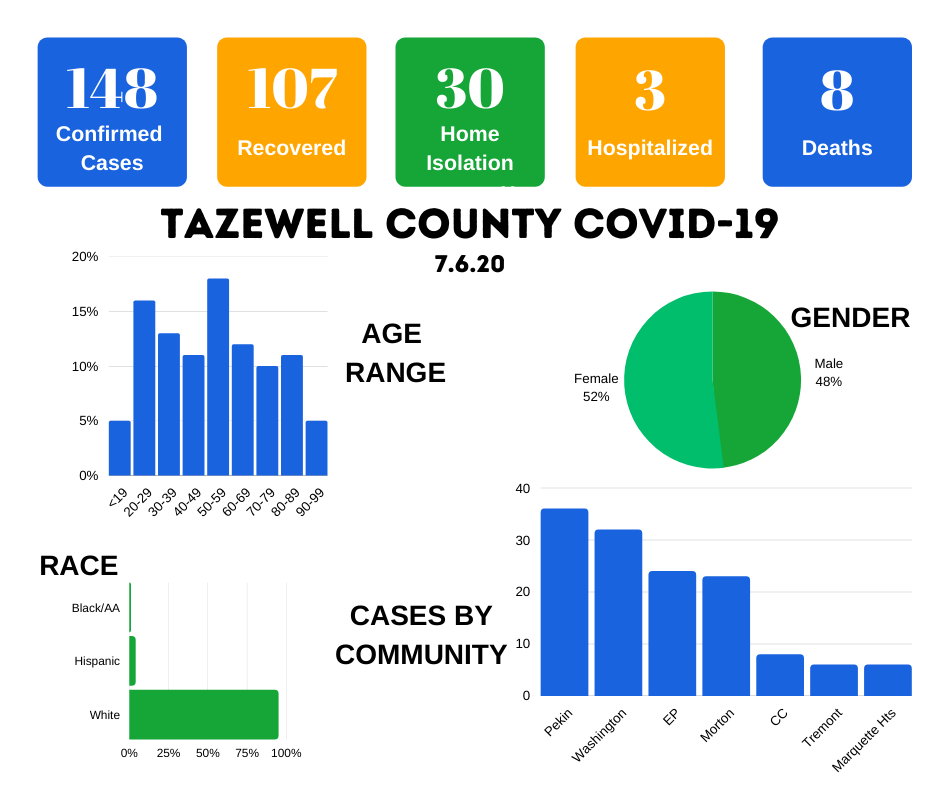 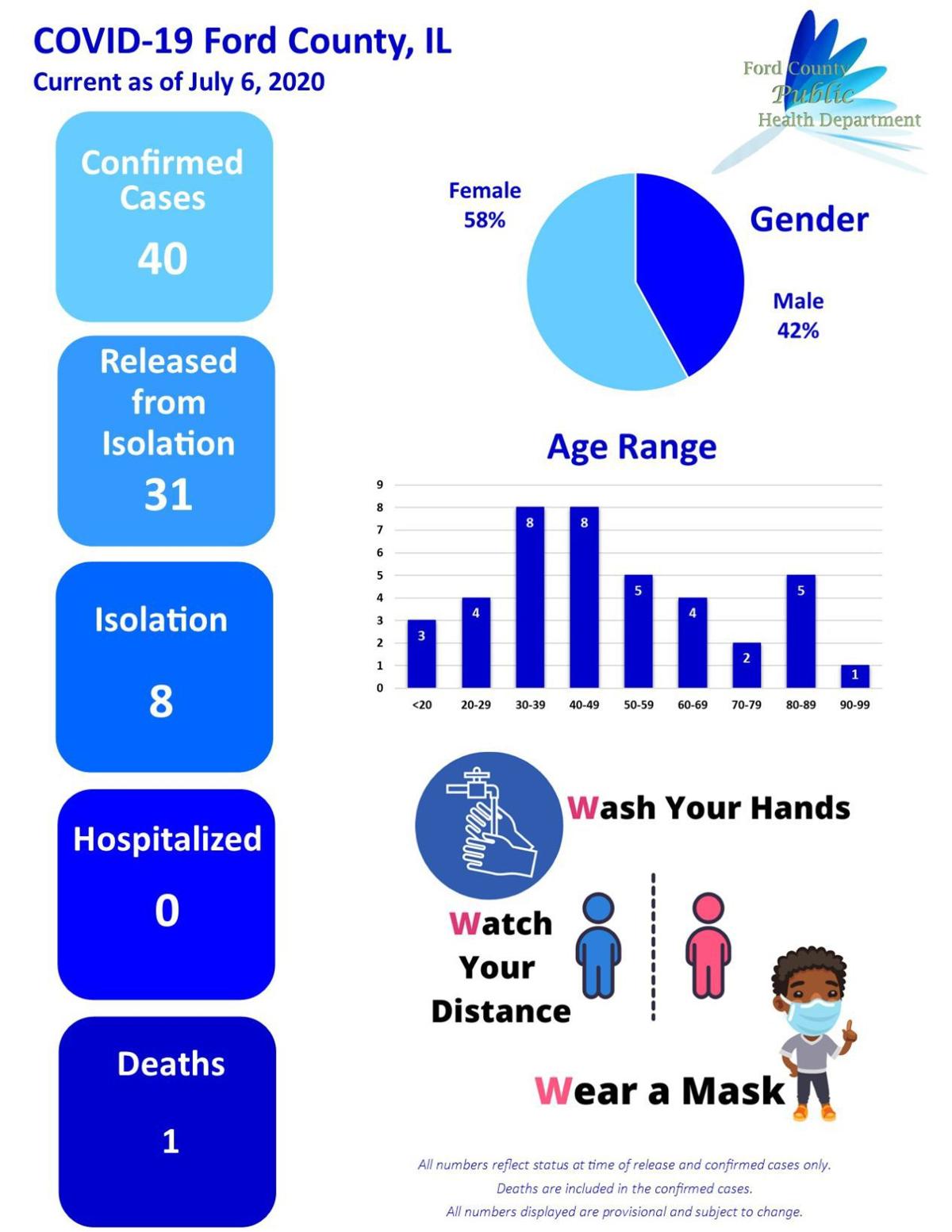 BLOOMINGTON — Out-of-state travel accounts for some of the recent surge in COVID-19 cases in McLean and Tazewell counties, officials said Monday.

"We continue to see cases in McLean County related to out-of-state travel, including travel to or from states that have been experiencing recent surges of COVID-19," McLean County Health Department Administrator Jessica McKnight said in a statement. Travel increases the chances of getting and spreading COVID.

Thirteen McLean County residents have died of the novel virus since March. No new deaths have been reported since May 29.

In Tazewell County, a total of 148 cases of COVID-19 have been confirmed since March, said Tazewell County Health Department Communications Manager Sara Sparkman.

Of those, 107 have recovered, 30 are isolated at home, three are hospitalized and eight have died.

In Tazewell County, the recent increase is mainly because of travel and community spread, Sparkman said.

"With less restrictions, there will be more exposure, which in turn means more cases," Sparkman said.

McKnight said it is not known whether one type of travel is safer than others.

"However, airports, bus stations, train stations and rest stops are all places travelers can be exposed to the virus in the air and on surfaces," McKnight said. "These are also places where it can be hard to social distance (keep six feet apart from other people)."

"If you are thinking about traveling away from your community, be aware of whether COVID-19 is spreading where you're going," McKnight said. "To help control the spread of COVID-19, remember to wash your hands, watch your distance (from others) and wear a face covering."

More than 14,500 McLean County residents have been tested for COVID. The rate of those testing positive is 2.8% and the county's rolling seven-day positivity rate through July 5 is 1.2%, McKnight said.

Statewide, IDPH on Monday announced 614 new cases with six additional deaths, including deaths in Champaign County of a woman in her 70s and a man in his 80s. Since March, 147,865 Illinoisans have had confirmed cases of the virus and 7,026 people have died.

Rossi estimated that more than 300 people would be tested on Monday after 178 were tested on Friday. Numbers of people tested at that site in the past two weeks have been increasing, Rossi said.

McLean County Emergency Management Agency recommended Monday that people who gathered for Independence Day celebrations should be tested five to seven days after the get-together. The incubation period for the virus (the time between exposure to showing symptoms) is, on average, five to six days.

HOW TO GET TESTED

WHAT YOU NEED: To be able to complete a nasal self-swab test. There is no charge to the person being tested but insurance information is collected if applicable.

COVID-19 didn't take a holiday on Friday as a number of Central Illinois counties reported new cases of the novel virus.

The Fourth of July looked very different this year. The Pantagraph caught up with people across McLean County this weekend to find out how they were spending the holiday. Here are some of their stories.

Chestnut Health Systems has been awarded $100,000 to provide mental health and substance abuse treatment for people hurt by the COVID-19 pandemic.

A Bloomington man says he plans to contest the eviction notice he was served by his landlord, First Site Apartments, after he refused to take down a Black Lives Matter flag from his apartment balcony.

Did you see empty meat and cheese cases at the Normal Walmart today? Here's why.

McLean County leaders want to increase the number of residents at the county nursing home and believe they've found the person to do that: Terri Edens, who has worked in long-term care since 1973.

Protesters pushed for the inclusion of project labor agreements in tax incentive packages during a Monday night rally outside Uptown Station before the Normal Town Council meeting.

Travel was factor in McLean County's first COVID-related death since May 29, officials say

Travel is being attributed as a factor in McLean County's first death related to COVID-19 in over a month, officials said Tuesday, as well as a recent uptick in reported cases.

The Energy Assistance Program will begin accepting applications for energy assistance and the PIPP (Percentage of Income Payment Plan) Program for the 2020-21 program year beginning July 27.

Charlotte Wilkes, a technician with Reditus Laboratories, instructs a patient on how to conduct a nasal self-swab test on July 6 at the McLean County Fairgrounds, 1106 Interstate Drive, Bloomington. The COVID-19 testing site is open 9 a.m. to 5 p.m. daily except holidays and in the event of severe weather. 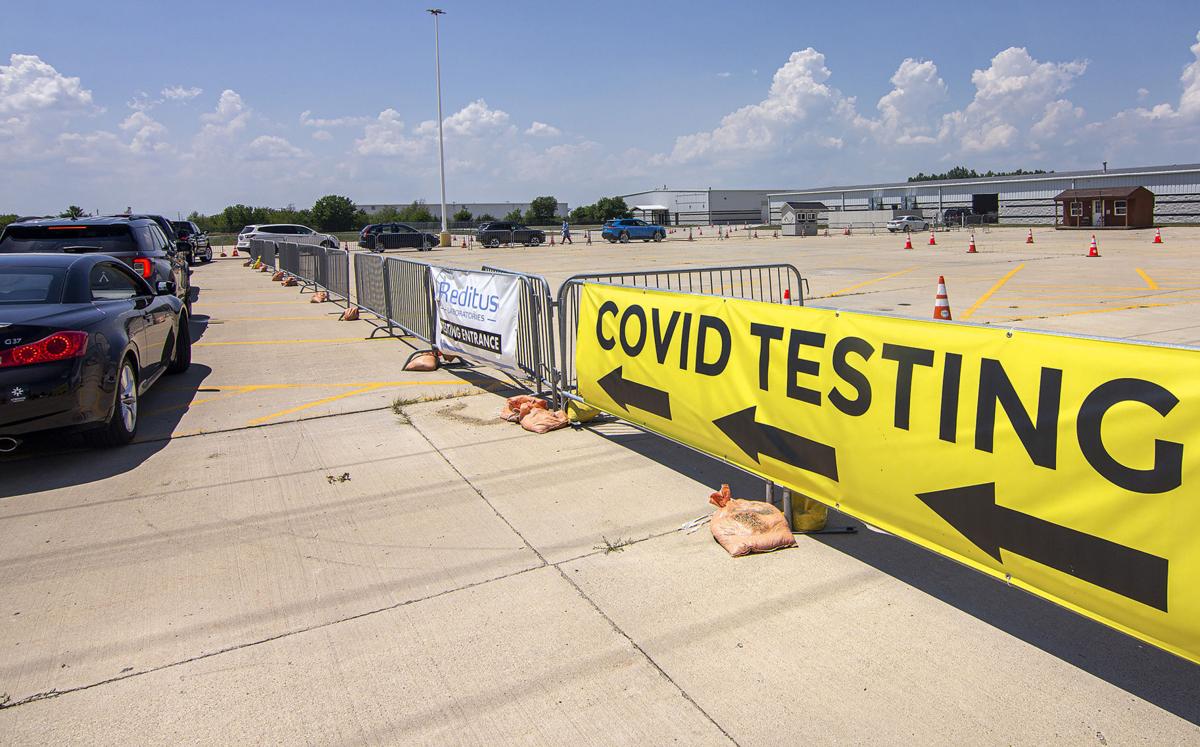 Vehicles form a line during COVID-19 testing on July 6, a day in which 405 people were tested at the McLean County Fairgrounds, 1106 Interstate Drive, Bloomington. The site, operated by Pekin-based Reditus Laboratories, is open 9 a.m. to 5 p.m. daily except holidays. 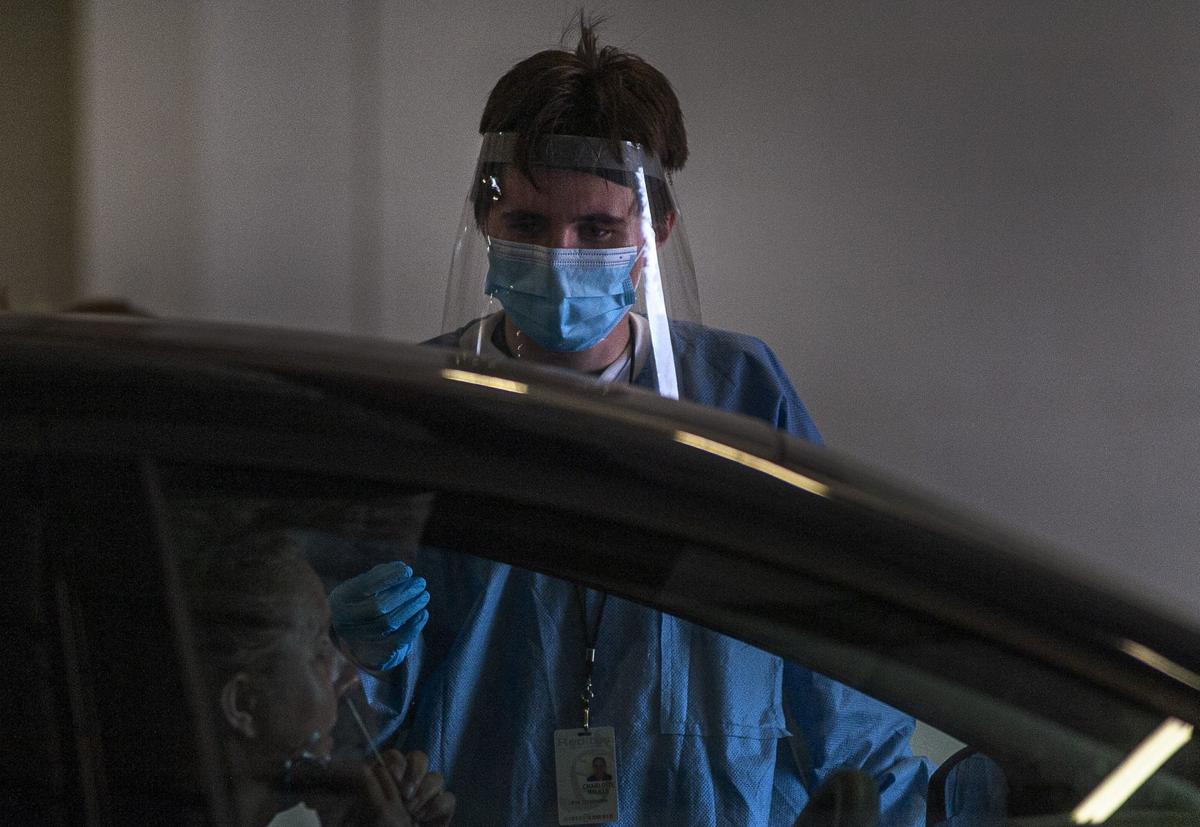 Charlotte Wilkes, a technician with Reditus Laboratories, instructs a patient on how to conduct a nasal self-swab test during COVID-19 testing on Monday, July 6, 2020, at the McLean County Fairgrounds, 1106 Interstate Drive, Bloomington. The site is open 9 a.m. to 5 p.m. daily except holidays. 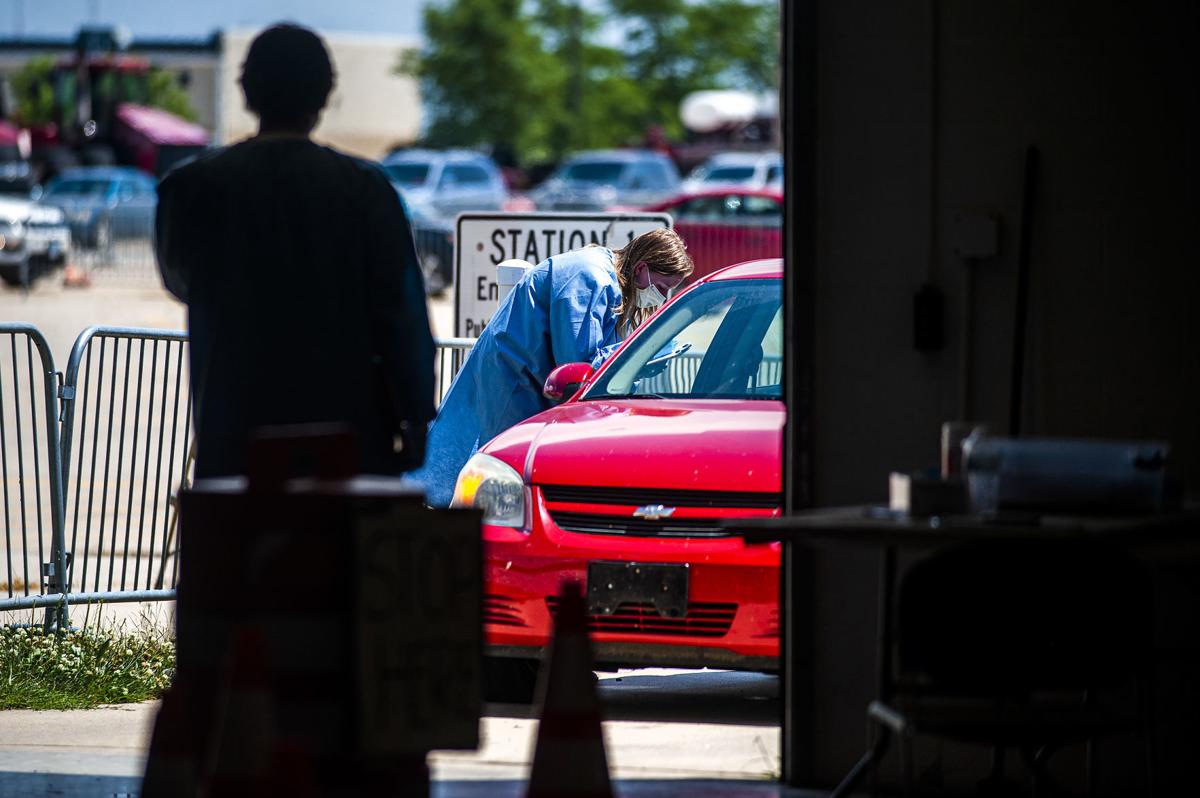 A worker for Reditus Laboratories takes patient information during COVID-19 testing on Monday, July 6, 2020, at the McLean County Fairgrounds, 1106 Interstate Drive, Bloomington. The site is open 9 a.m. to 5 p.m. daily except holidays. 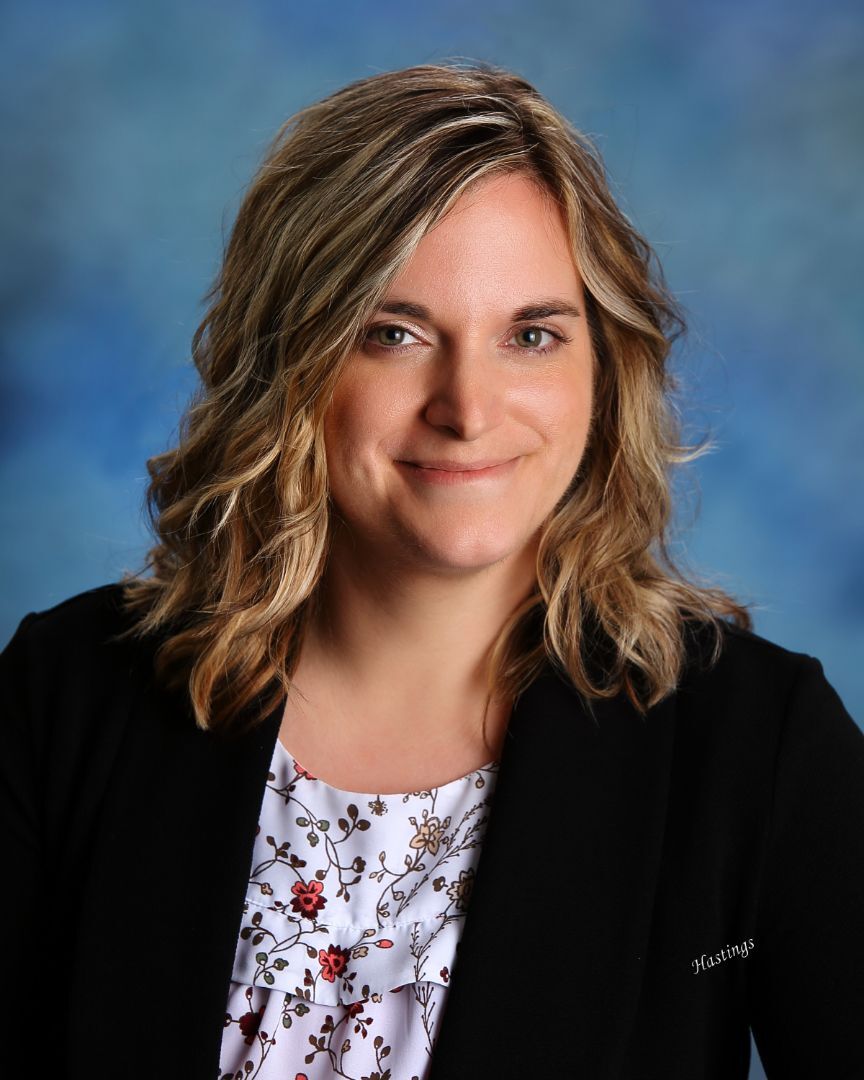