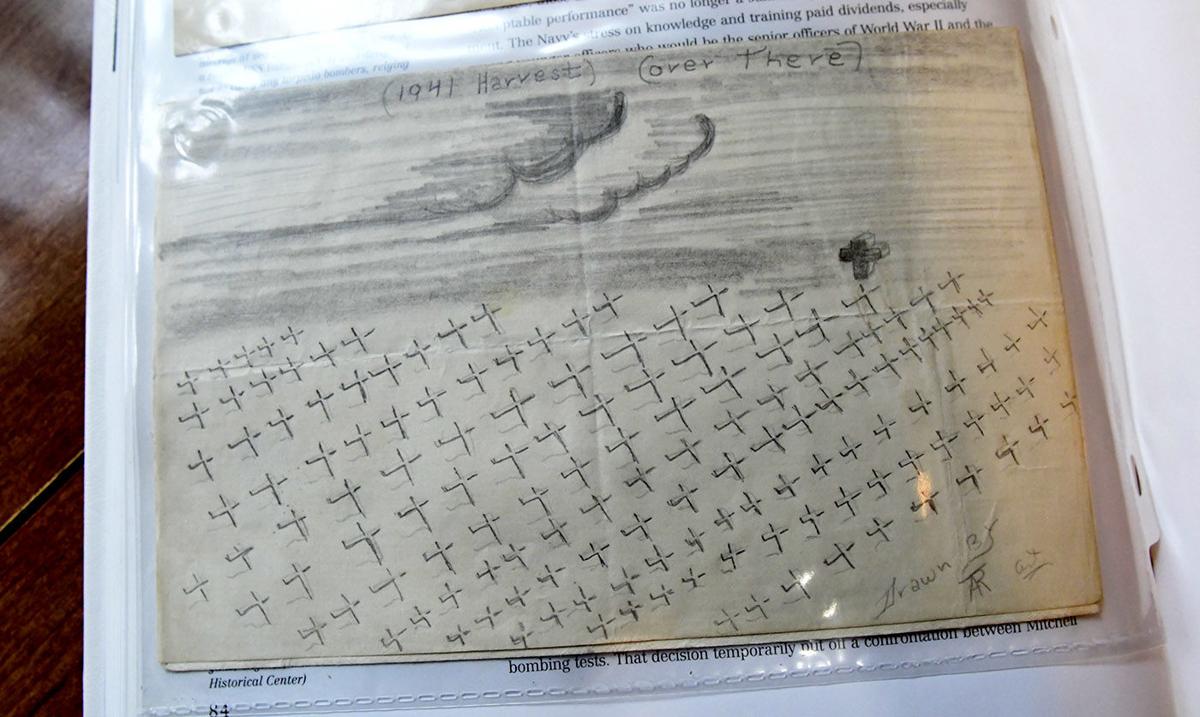 A drawing made by Arthur Thinnes predicted the massive loss of life that would happen as a result of war between the U.S. and Japan. 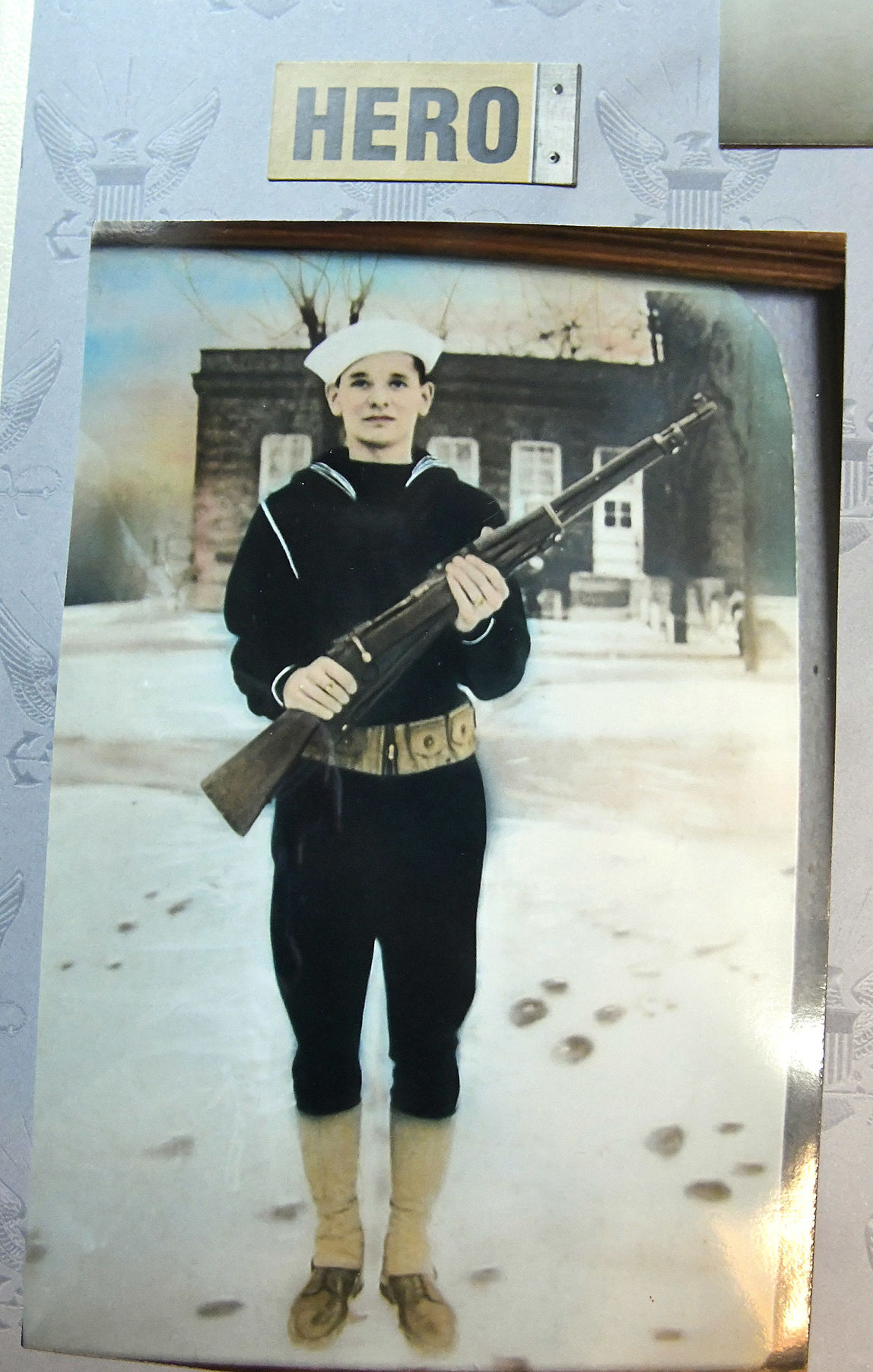 A photograph of Arthur Thinnes shows the young recruit during training at a U.S. Navy base.

BLOOMINGTON — Just shy of 80 years after the attack at Pearl Harbor, Gail Stanek will finally lay her uncle to rest this week.

The battleship was struck by nine torpedoes on Dec. 7, 1941, when a Japanese fleet launched an airstrike against the U.S. Pacific Fleet stationed in Hawaii. The Oklahoma capsized, sank and lost the lives of 415 sailors and 14 Marines.

But Stanek’s grandmother kept hoping her son would return home.

“My grandmother kept hoping her whole life that there’d be a knock on the door and he would be there,” said Stanek, who lives in Bloomington. Thinnes’ mother thought it was possible he had amnesia and had lost identifiers that would lead him home.

“On his 17th birthday, my grandpa took him to the recruiting center and signed him up,” Stanek said. When he told her he had enlisted, Thinnes’ mother “went hysterical because she always wanted a boy and that was her baby boy and just was beside herself. … By Dec. 7, that was it. He was gone — or missing, I should say.”

After her grandmother died, Stanek’s mother — Thinnes’ younger sister — took over the effort to find out what happened to him on that day.

Stanek and her mother submitted DNA samples to help identify Thinnes after the Department of Defense announced plans to exhume and identify the remains of an estimated 388 then-unknown Oklahoma crew members buried in Hawaii.

“She too thought that some day they would find him. Now I don’t think she had the illusion of him being alive,” Stanek said, noting she didn’t believe he was alive either because too much time had passed. “But I wanted to have them find his body and even see if it was misidentified or something, just so he could be buried and we could have closure.”

On the 75th anniversary of Pearl Harbor, five years after her mom died, Stanek stood on the freezing steps of the McLean County Museum of History clutching a photo of her Uncle Artie and a scrapbook she created, thinking “it would be a good luck charm that soon he would be found.”

Her grandmother’s countless letters to the Navy and the 41 years Stanek spent calling the Navy Casualty Office paid off this summer when the Defense POW/MIA Accounting Agency announced Thinnes' remains had been identified by dental, anthropological and DNA analysis.

Even though he was gone before Stanek was born, “I feel like he is my uncle that I’ve always known. … To me he was a real person.”

Stanek’s mother told her stories about them growing up as best friends, with her always tagging along, “following him like a little ant,” and all her life she kept photos of her brother in the house.

Many of those photos now line the pages of “Navy,” a reference book from the Naval Historical Foundation, which she has turned into a scrapbook for her uncle.

His enlistment papers, drawings he sent home and letters from him are inside as well as a news clipping that followed the attack from their hometown paper, the Milwaukee Journal Sentinel, the "relentless" letters his mother sent to the Navy and the telegram that told his family it was determined it was “impossible to locate” him, therefore he was “officially declared to have lost his life” on Dec. 7.

In 1944, he was awarded the Purple Heart and later his name was recorded on the Walls of the Missing at the National Memorial Cemetery of the Pacific.

After his remains were identified, a rosette was to be placed next to his name to indicate he has been identified, according to the Defense POW/MIA Accounting Agency.

Thinnes’ remains will be interred at Wood National Cemetery in Milwaukee on Oct. 15.

BLOOMINGTON — The ceremony commemorating the 75th anniversary of the attack on Pearl Harbor hadn't started yet, but tears already were streami…

Twenty years later, McLean County high schoolers lack memory but not interest in the attacks of 9/11.

For one Central Illinois veteran, his experiences serving in Afghanistan taught him how to be a leader. For another, it soured him to the entire war.

Four staff members and 17 students at the elementary school currently are testing positive for COVID-19, and districtwide, more than 75 people are in quarantine.

Watch now: Documentary on journalism to show in Normal

A documentary detailing the fight for one small-town newspaper in Iowa to keep watchdog journalism alive is hitting the big screen in Normal.

Wanted: Tell us who you're thankful for

The Pantagraph is preparing a feature showcasing reader submissions of people they're thankful for. 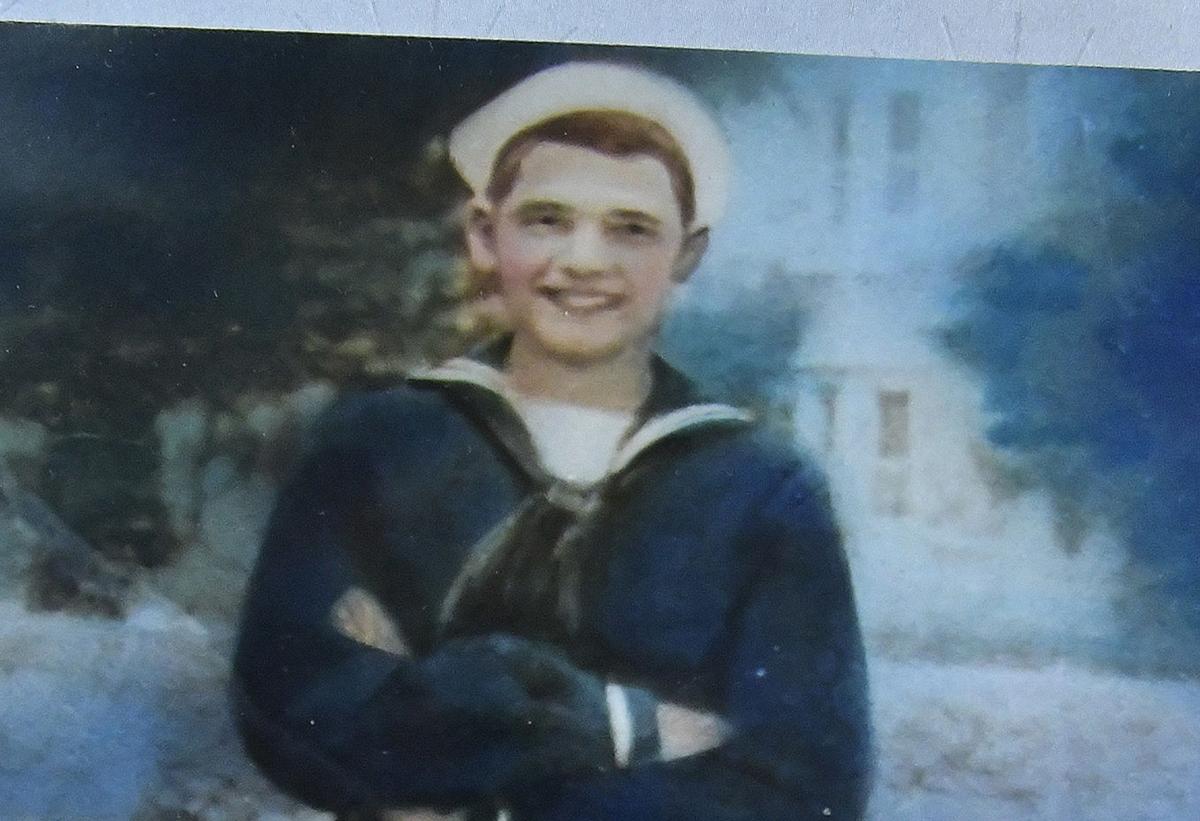 A Western Union telegram to the Thinnes family notified them that their son, Arthur, was declared dead after his ship, the USS Oklahoma, was sunk at Pearl Harbor on Dec. 7, 1941. Thinnes' remains are being returned to the family after recent DNA analysis was completed. 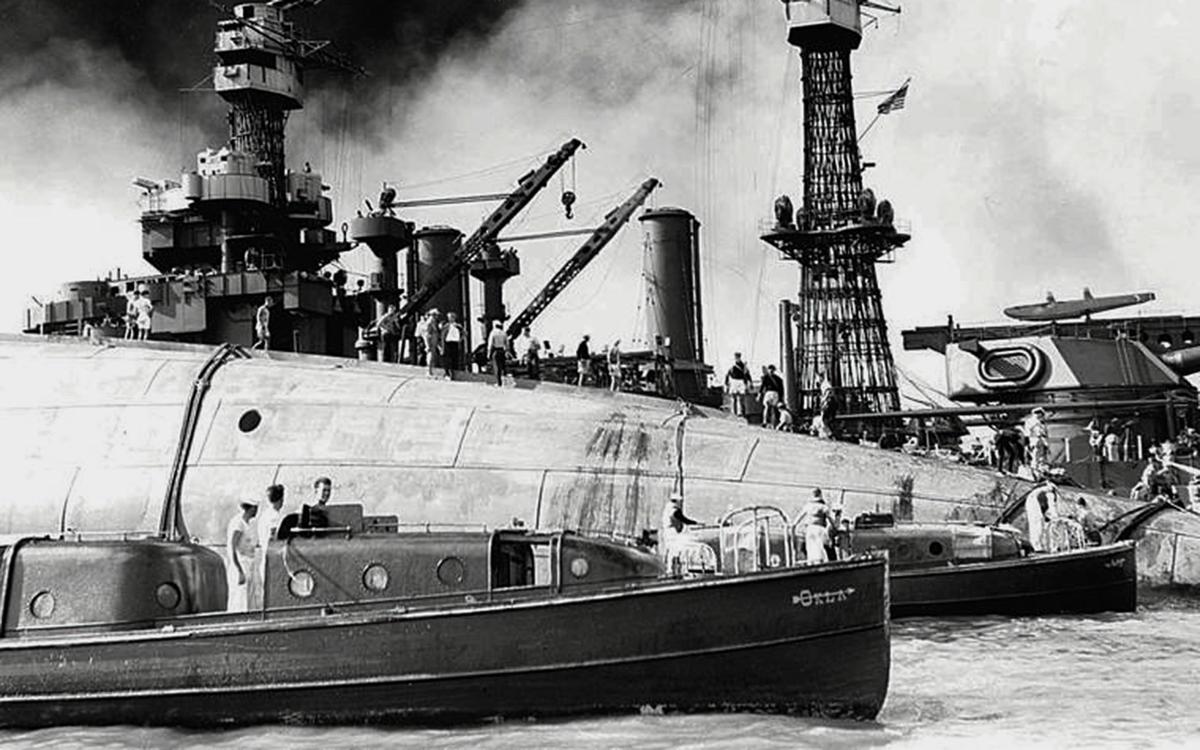 Salvage crews work to rescue crewmen trapped when the USS Oklahoma capsized at Pearl Harbor on Dec. 7, 1941. After exhaustive efforts, family members are receiving Arthur Thinnes' remains at a ceremony in Milwaukee, after the U.S. Navy was able to identify him through DNA analysis. 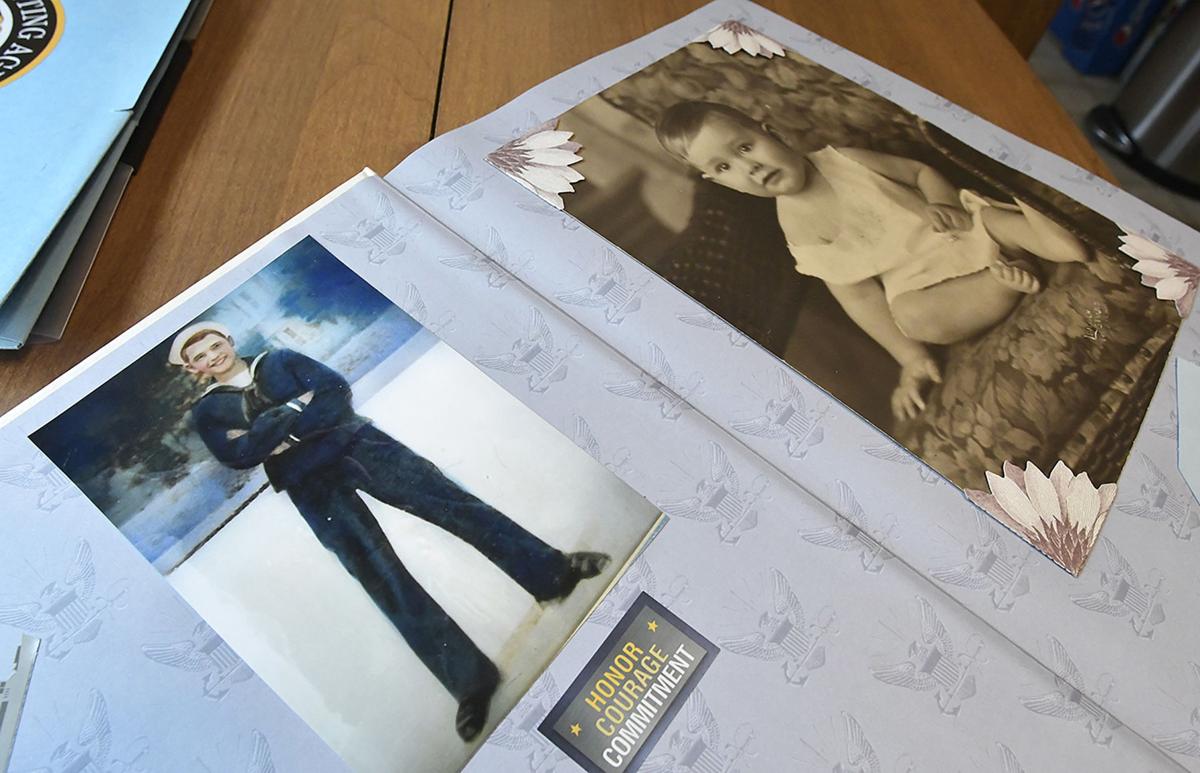 Scrapbook pages celebrate the life of Arthur Thinnes, who was declared dead after his ship, the USS Oklahoma, was sunk at Pearl Harbor on Dec. 7, 1941. 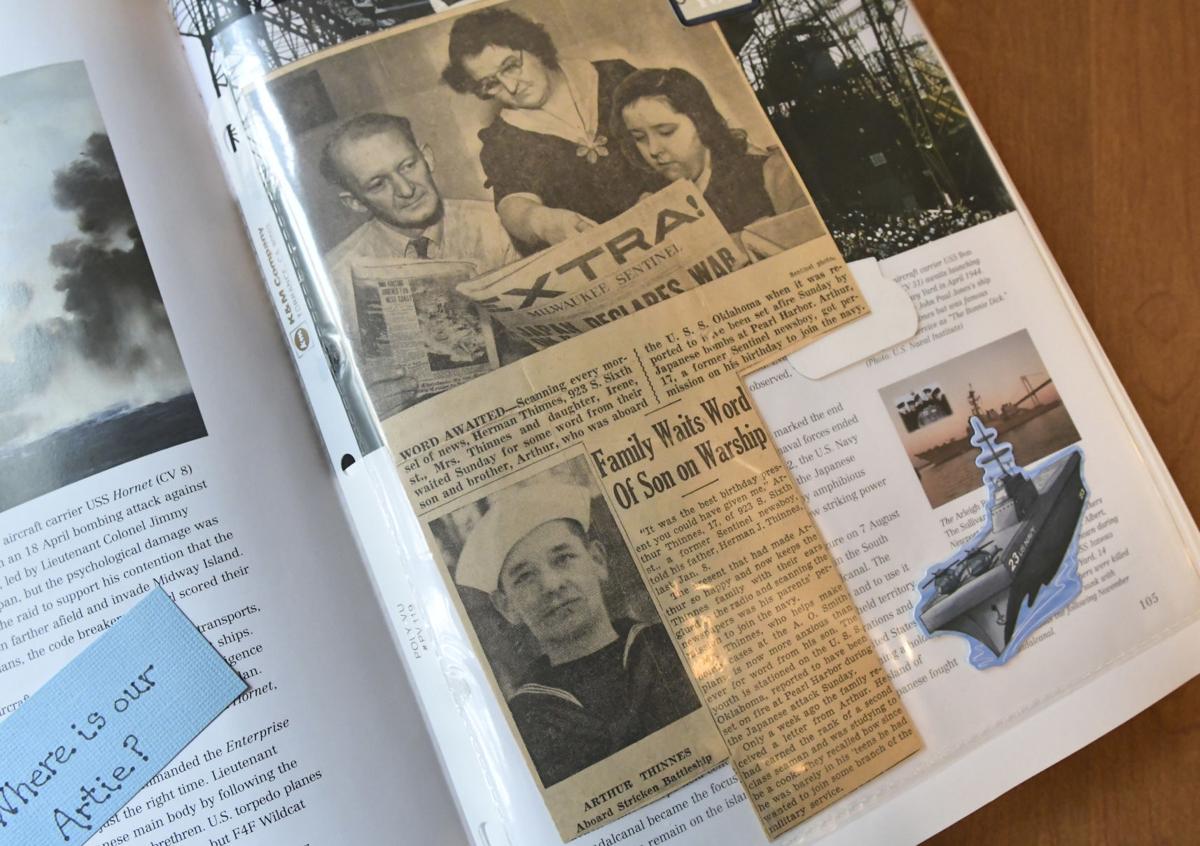 A scrapbook page documents family members looking for news of Arthur Thinnes who was declared dead after his ship, the USS Oklahoma, was sunk at Pearl Harbor on Dec. 7, 1941.

A drawing made by Arthur Thinnes predicted the massive loss of life that would happen as a result of war between the U.S. and Japan.

A photograph of Arthur Thinnes shows the young recruit during training at a U.S. Navy base. 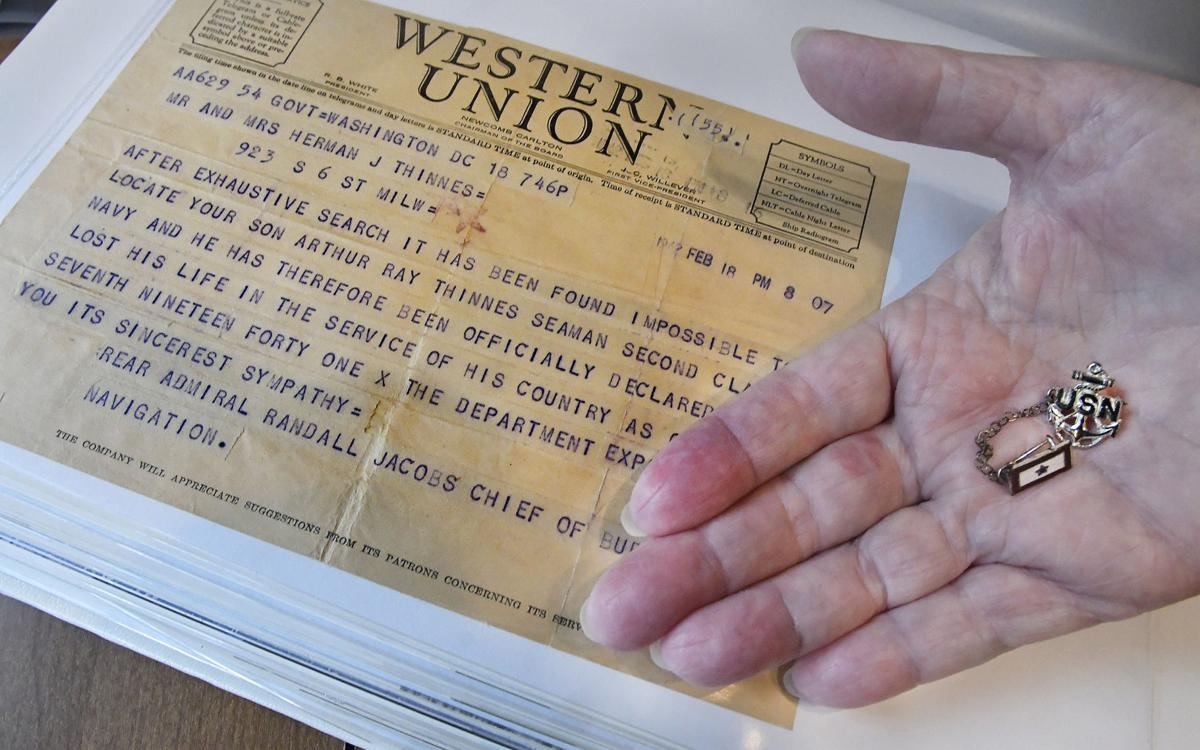 Gail Stanek holds a single star broche, which marks the sacrifice of a military family, in front of telegram informing them that Arthur Thinnes was killed at Pearl Harbor. After exhaustive efforts, the family is receiving Arthur's remains at a ceremony in Milwaukee, after the U.S. Navy was able to identify him through DNA analysis. 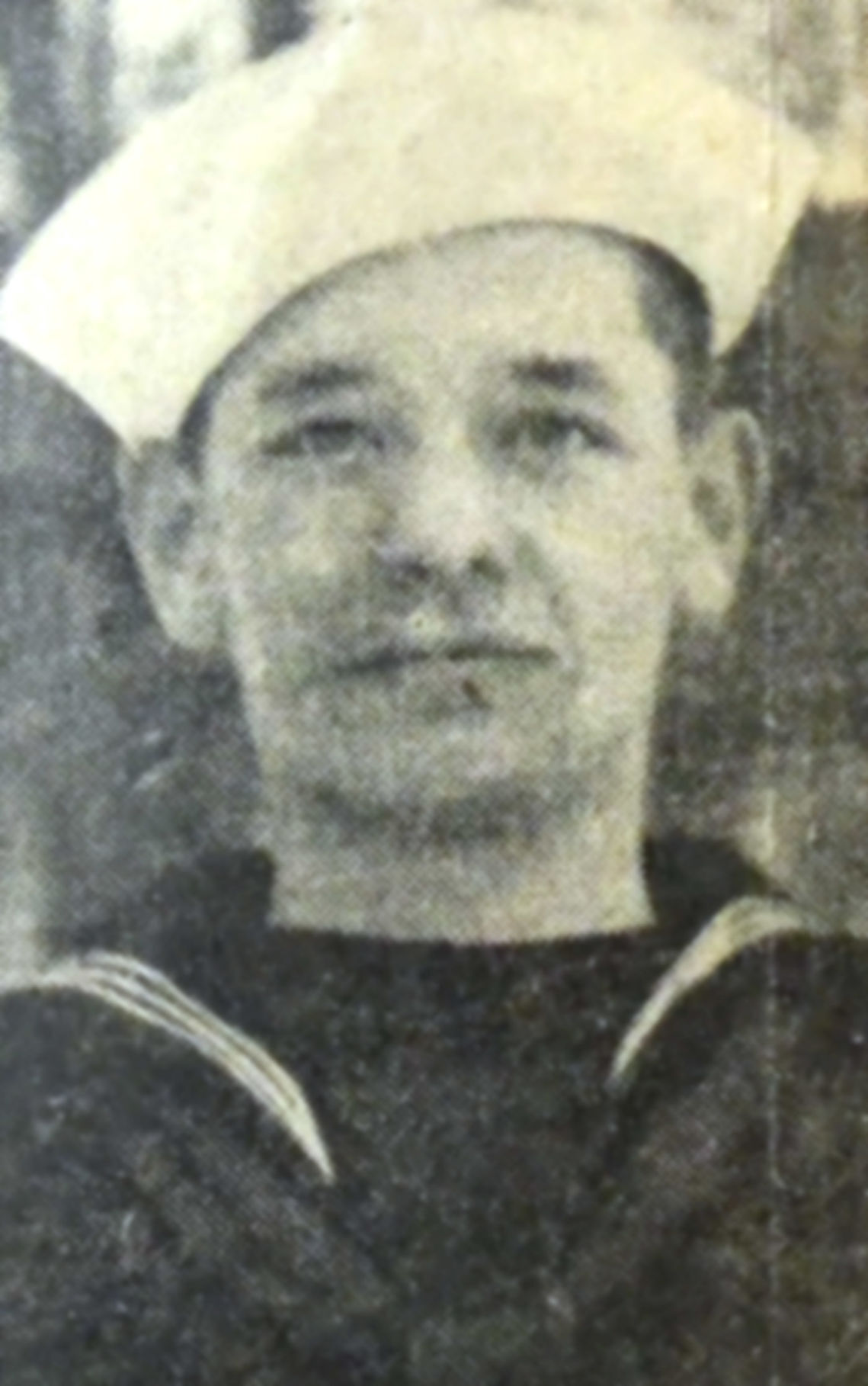 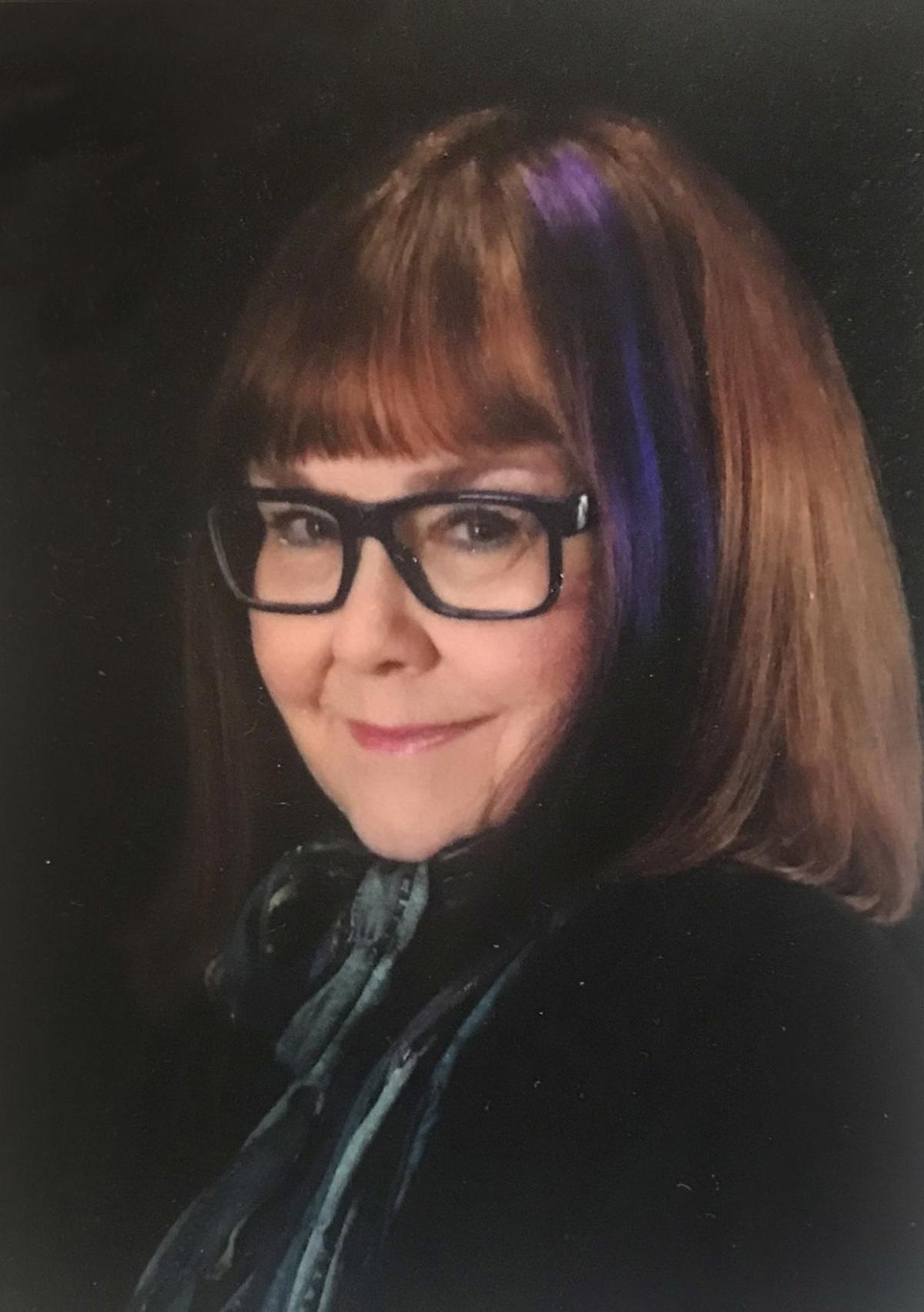