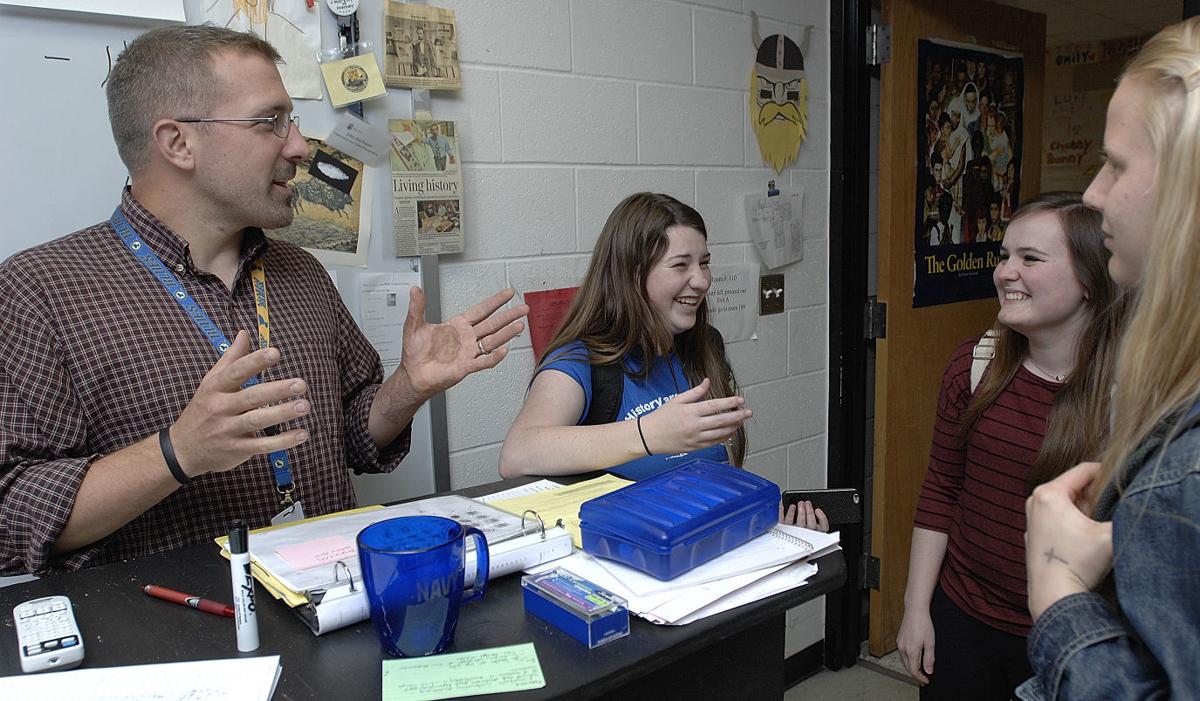 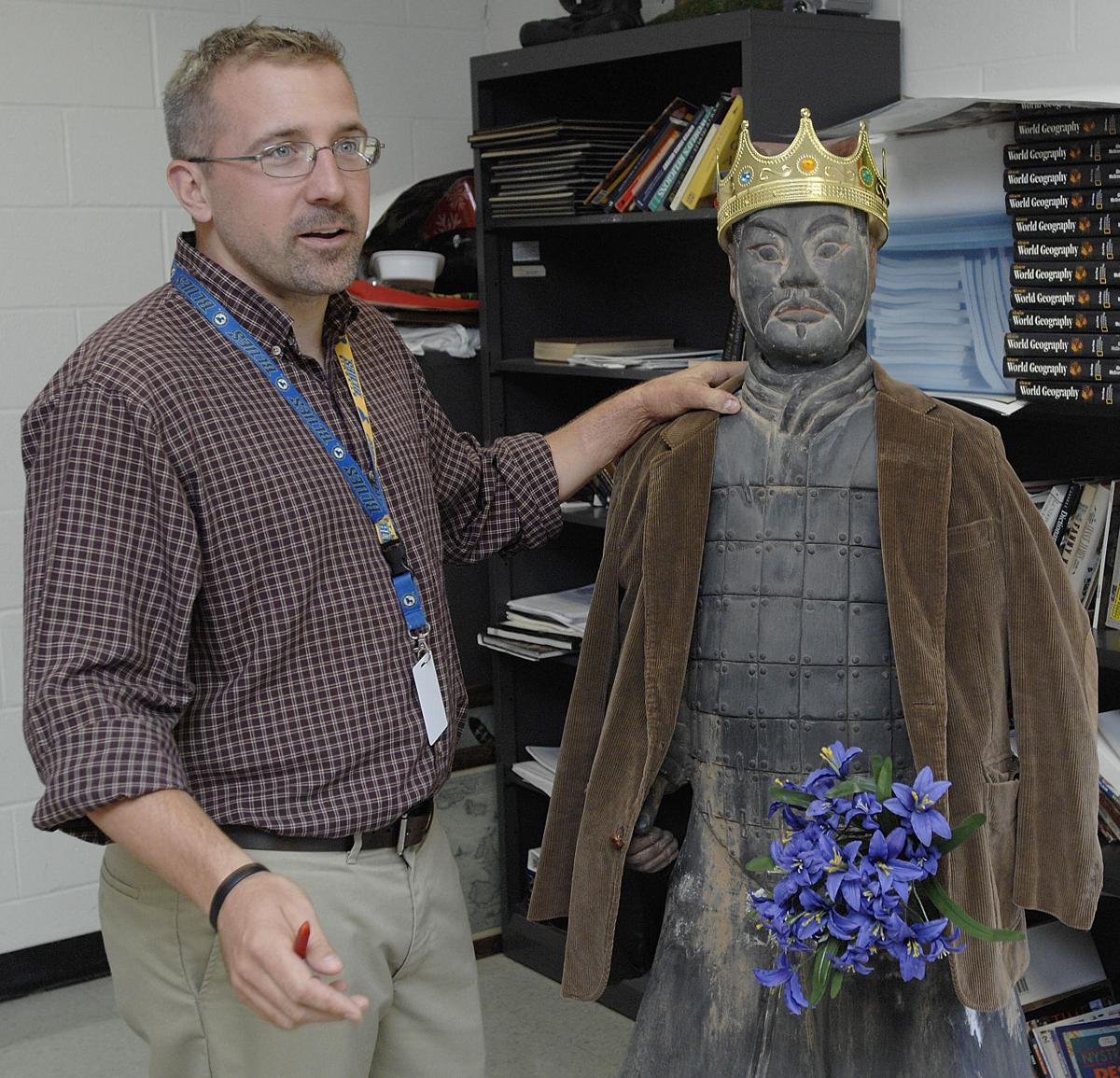 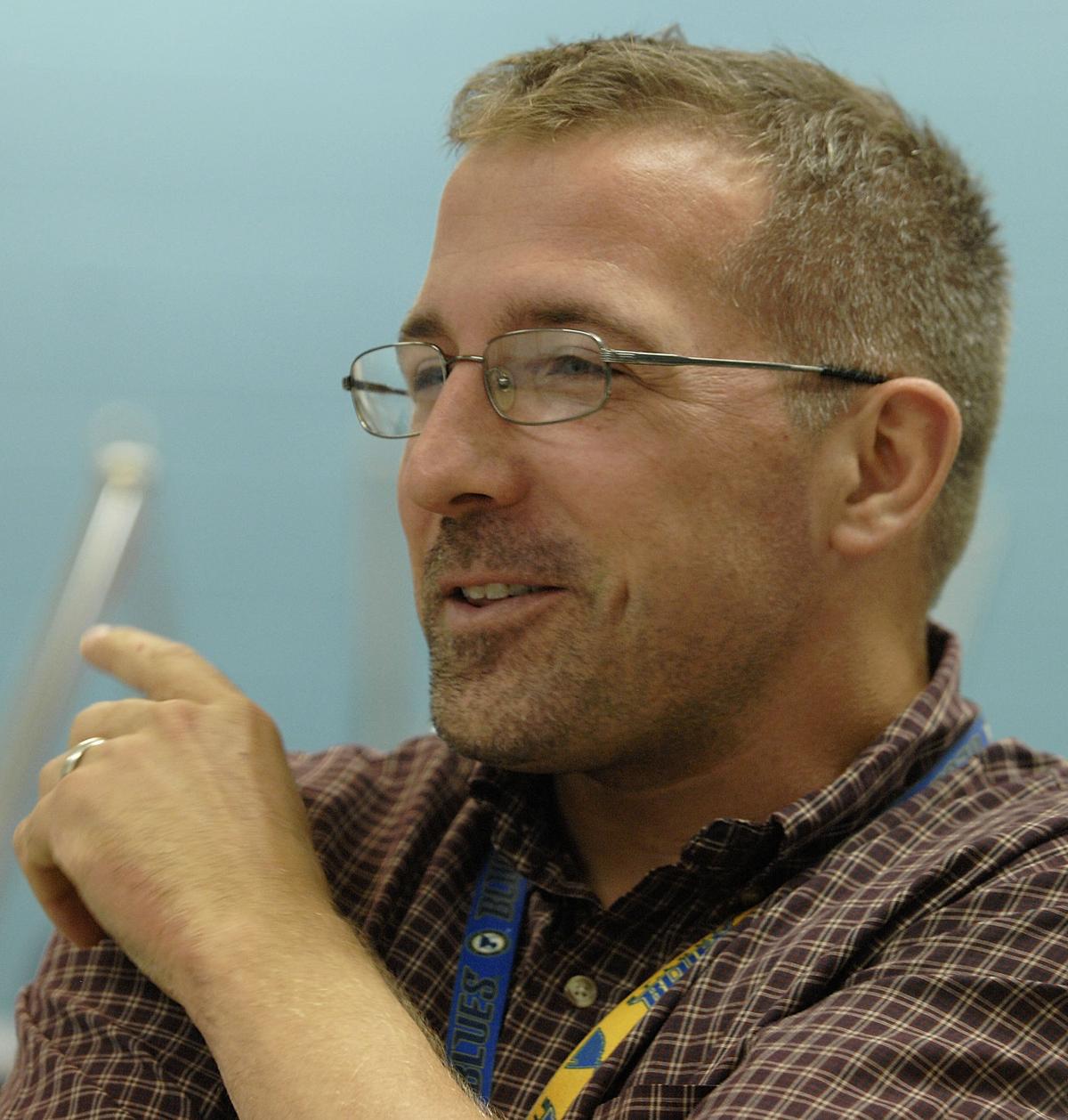 NORMAL — Earlier this week, a small group of students surrounded Normal West High School history teacher John Bierbaum, excitedly talking about an end-of-the-school-year project and wondering why a reporter and photographer were there.

“Is this about him being the greatest teacher in the world?” asked one.

Bierbaum is the recipient of this year's Alumni Achievement Award at Heartland Community College, where he will speak at Saturday's commencement. The award recognizes career achievement and positive community impact.

A former finalist for Illinois Teacher of the Year., he is a model of perseverance, overcoming an accident that left him with severe burns his freshman year at Heartland — but he never missed a semester.

And, according to at least one student, he is “the greatest teacher in the world.”

“I love teaching. I love interacting with high school students,” Bierbaum said. “I always look forward to going to school. I never have a bad day.”

A replica of a Chinese terra cotta warrior stands on one side of his classroom. This week, it wore a crown and corduroy jacket. Next week, it will wear a cap and gown.

"Anything i can use to get the kids involved in what we're doing," he said.

On Saturday, Bierbaum will share his story and what's happened in the nearly 14 years since his accident.

“It's all about attitude, being positive,” he said.

It was September 2001, about a month into his first semester at Heartland. He was helping his father clear some trees when he fell into a burn pit, suffering third-degree burns over 30 percent of his body.

He spent more than two weeks in the burn unit at Springfield Memorial Hospital, missing about three weeks of school.

“No one around me at that time was going to allow me to sulk,” he said, crediting a strong family for his recovery. But he worried about returning to school and keeping his presidential scholarship.

Heartland officials told him they would help him get back on track.

“Heartland has a wonderful support system,” Bierbaum said. “There were kids in class taking notes for me and I didn't even know that.”

He worked with individual professors to catch up.

“Once I was on my feet, I tried to hit the ground running,” Bierbaum said. “I never looked back.”

Heartland helped him heal in other ways, too.

Nursing professor Barbara McLaughlin-Olson, who Bierbaum called “my mother on campus,” allowed him to talk to her nursing classes about his burn treatments and recovery.

It gave the nursing students a patient's view of the medical experience and, said Bierbaum, it “allowed me to do some really good healing.”

His success as a teacher is rewarding — but not surprising — to two of his former professors at Heartland.

“I was sure he would be a really good teacher,” said history professor Ed Carroll.  “He asked a lot of questions, good questions. It keeps you on your toes."

Glen Bush, distinguished professor of English, said, “It's been fantastic” to see Bierbaum succeed, adding, “I can't imagine him doing anything but teaching.”

Bierbaum can't either, describing teaching as “one of the greatest jobs on earth.”

It's something he wanted to do at least as far back as his days as a student at Normal West Community High School, where he returned as a teacher in 2005 after graduating from Illinois State University.

Bush said part of what makes Bierbaum a good teacher is, "he wants to learn and he wants them to learn. It's an ongoing dialogue with him."

Where: Fitness and Recreation Center.

Who: About 144 graduates are expected to participate.

NORMAL — Two Bloomington-Normal teachers are finalists for the statewide Golden Apple Awards for Excellence in Teaching.