BLOOMINGTON — A measure that would have moved forward the reconstruction of a 20-unit apartment building on the city's west side, gutted by a late-night fire in March, stalled on Wednesday after the company that owns the building withdrew it.

Dominium Management, the Minnesota company that oversees Traditions Bloomington Apartments, had submitted to the Bloomington Planning Commission a seven-page petition for a zoning-map amendment.

It requested that the 25.49 acres the complex's 21 buildings sit on be changed from B-1 General Commercial District to R-3A Multiple-Family Residence District, allowing for reconstruction of the building. 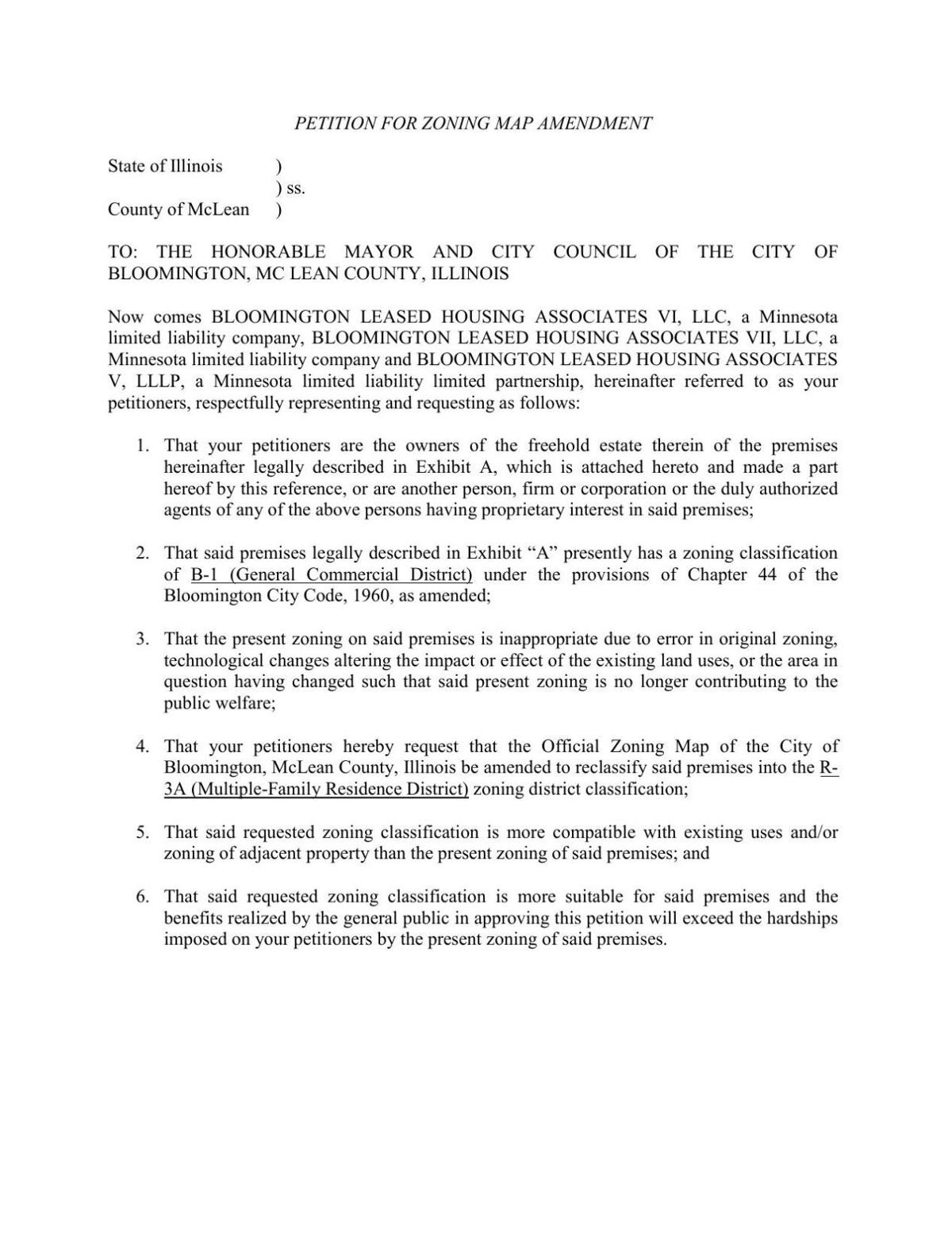 But before commissioners could take up the request at their meeting Wednesday, an attorney for Dominium stepped in, yanking the petition.

"At this time my client has chosen to officially withdraw this petition," said Jessica Islas, who practices at Winthrop & Weinstine, a firm in Minneapolis.

She did provide the commission a reason for the withdrawal, and did not immediately return a request for comment.

Dominium's request to rezone the property comes after one its 20-unit structures, 265 Reeveston Drive, caught fire on March 14. It was home to 37 people and one cat. All escaped unharmed.

A Pantagraph investigation into the fire's cause revealed this month observations made by a city building inspector about the building's construction, including notes on the use of attic draftstopping — a method of subdividing a concealed space's total area to combat the migration of fire.

A cause of the fire has not yet been identified, but documents obtained amid The Pantagraph's investigation suggest the flames started toward the core of the building and moved up toward the top floor, engulfing the attic and roof.

In its petition for the zoning amendment, Dominium wrote that as a result of the fire, "the property has lost actual value amounting to approximately 5% of the residential units, which it cannot recover unless the zoning map amendment is approved."

The complex, formerly known as "Turnberry Village," was built in 2003 by Freeman Development Corporation. Dominium bought the complex in 2018 for $7.783 million, according to property records.

It was first zoned under a B-1 Highway Business District classification, which allowed multi-family residential uses with a special use permit.

Residential uses were eliminated from the new consolidated classification, meaning the complex became a legal-nonconforming use in the B-1 District, according to a report by city planning staff.

That status, Dominium wrote in its petition, prevents the company from reconstructing the charred building.

Not reconstructing the scorched building is also holding-up a pending sale of the complex, according to the petition.

"Additionally, the subject property is currently under contract to be sold, with closing estimated in April of 2021," Dominium wrote. "Because of the fire, the project is not marketable to be sold under those terms."

The petition will ultimately need approval by both the planning commission and the Bloomington City Council. The city must also issue demolition and building permits before construction can start.

When reconstruction does take place, the company wrote, it will be "substantially the same as was approved in the initial development, to keep consistency with the remaining complex."

9 historic photos from The Pantagraph archives

A Friday the 13th prank

The town of Normal, recognized again as a Tree City USA community, is celebrating Arbor Day with two events this week. See the details. 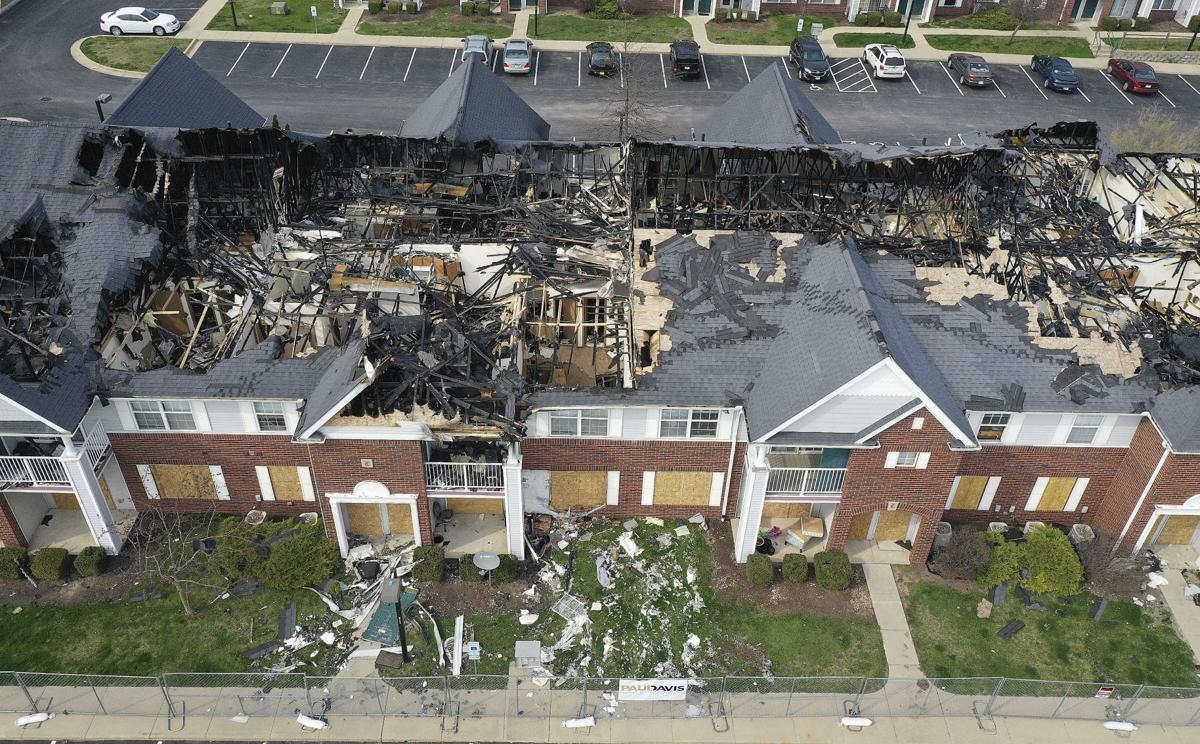