BLOOMINGTON — City parks officials showcased Monday their preferred vision for the rehabilitation of the O'Neil Pool and Park, explaining the project now carries a price tag of up to $11.7 million.

The plan for the west Bloomington project's initial phase that was revealed in January and budgeted for in the proposed $250.3 million fiscal year 2022 budget had been earmarked for $10.3 million.

"If we tightly manage this, we could reduce that cost some, but what we wanted to do was not take away," City Manager Tim Gleason told the Bloomington City Council at its Committee of the Whole meeting.

"I think what we've heard from the community and the council in the past, I definitely feel this way as well, Bloomington deserves this," Gleason said. "This neighborhood deserves this. While we know it's a destination, it will be for those outside the community, it's really being built for this community."

While major components of the design haven't changed much since they were first unveiled in January, renderings shown Monday featured more-detailed layouts of the west Bloomington project's initial phase.

The first phase covers the building of a new pool and bathhouse, a splash pad, additional parking and a skate park.

Future phases of the project could include a dog park, pickleball courts, batting cages and picnic shelters. Consensus in survey results have largely focused on adding walking paths to the park.

"We feel like what we're going to show is a vision that the community has had for the park," Tetzloff said.

The design phase will conclude this summer, and the city expects to solicit bids for construction starting in July. Building is set to begin in September and take 12 months.

The city has already allocated nearly $1 million toward the project.

Demolition of the 1515 W. Chestnut St. pool began in September, after it remained closed last summer to prevent the potential spread of the coronavirus.

The city council approved a $138,536 contract with Stark Excavating to demolish the pool, which officials said outlived its operational expectancy by 21 years.

In October, the council approved a $775,000 contract with Williams Architects for design and construction management services.

Senior Project Manager Andrew Caputo on Monday said that city park staff have emphasized adding amenities that balance multi-use programming with inclusivity and creating facilities that don't exist or are not public in neighboring communities.

A few council members said they agreed with those priorities, but said they'd like to see a breakdown of the cost of each specific amenity and item.

Gleason said he didn't want to "provide a menu," but later committed to circulating a cost of the proposed features and borrowing options soon enough that Council could vote on the plan at its March 22 meeting.

Another anxiety shared by council members was creating a facility that community members surrounding it couldn't afford to use.

"My major concern is the price for the kids on the west side," Ward 5 Ald. Joni Painter said. "What I would hate more than anything is the kids in the neighborhood on the outside looking in."

Gleason and Tetzloff said they agreed, adding that they do not want to make the park fiscally inaccessible to west side residents. They also expect to keep the area open and accessible after-hours, so that residents aren't precluded from using it when they want.

"I am confident that this would be low to no cost impact to residents," Gleason said. "We're not looking at some moderate to high priced additional revenue stream in order to pay for this amenity for the community."

City officials unveiled Thursday a first draft of the new aquatic facility that could replace the O'Neil Park and Pool, stressing that the final design will reflect public input, but remain limited by funding.

Bloomington park officials on Monday will formally recommend their plan for the new aquatic facility to replace the O'Neil Pool and other improvements to the park.

Additional input from the public is needed to direct ongoing development of the new westside O'Neil Park and Pool following the end of an 11-day online survey.

Design work for the aquatic center on the site of the O'Neil Park Pool can soon begin.

The Bloomington City Council on Monday will hold a public hearing over the $250.3 million fiscal year 2022 budget and vote on the final plan for the O'Neil Park and Pool project.

The public is invited to attend the meeting to give input on future phases of the O'Neil Park & Pool Project as well as learn about Phase 1 work that's underway. 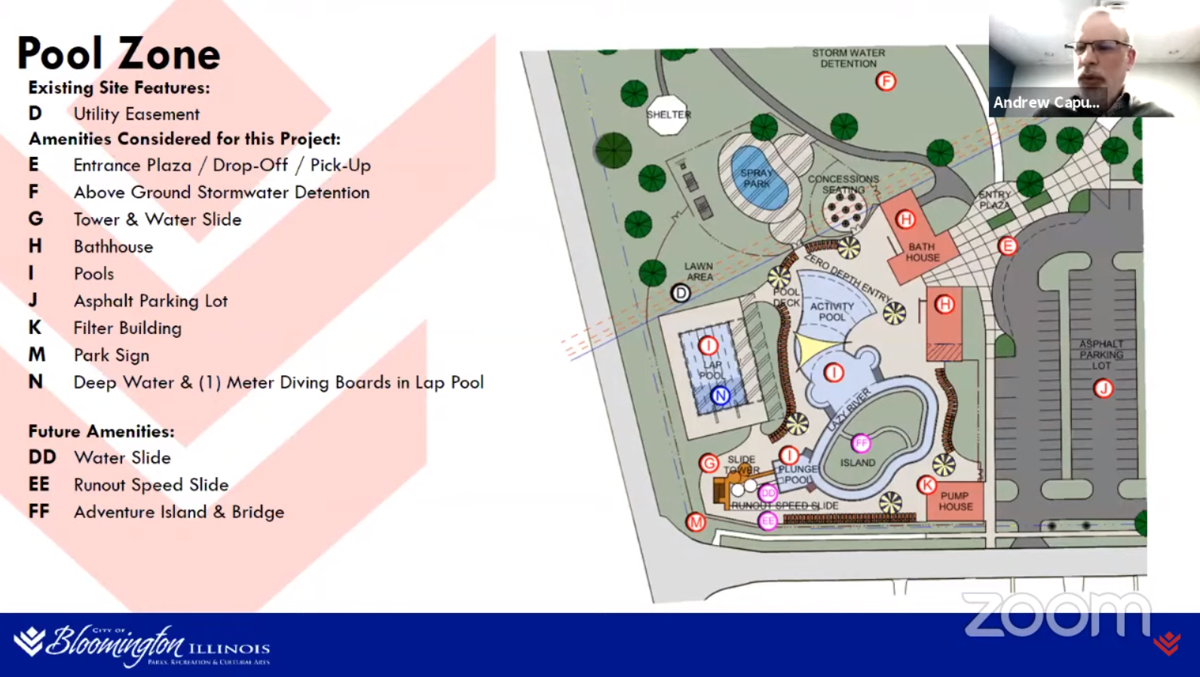 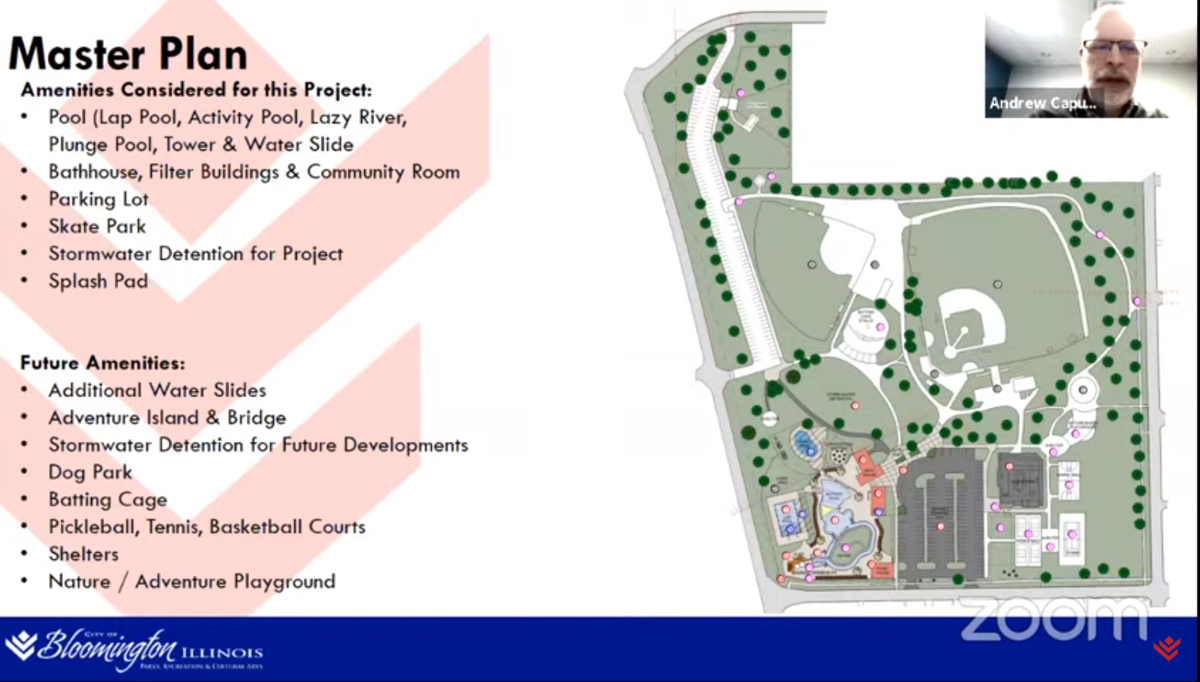