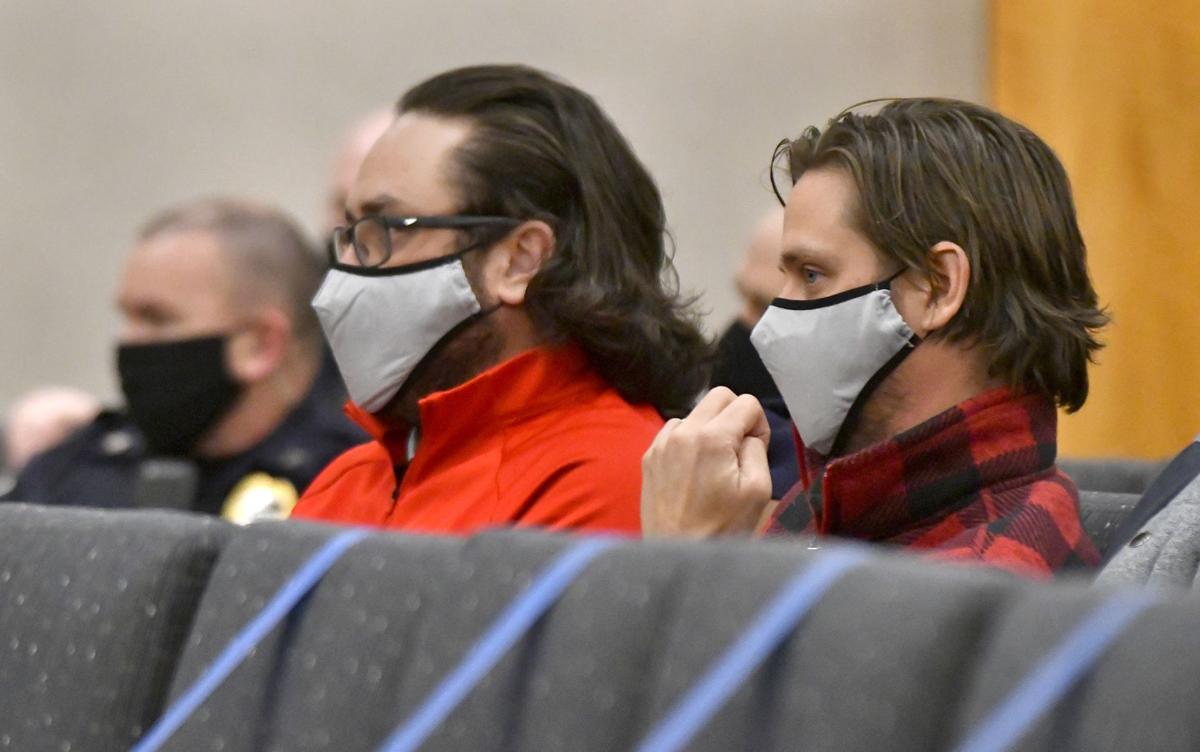 In this Jan. 5 file photo, Tony and Joe Wargo, owners of Joe's Station House Pizza Pub in Normal, listen to arguments in their Normal Liquor Commission hearing at the town hall. The owners are accused of violating state COVID restrictions. 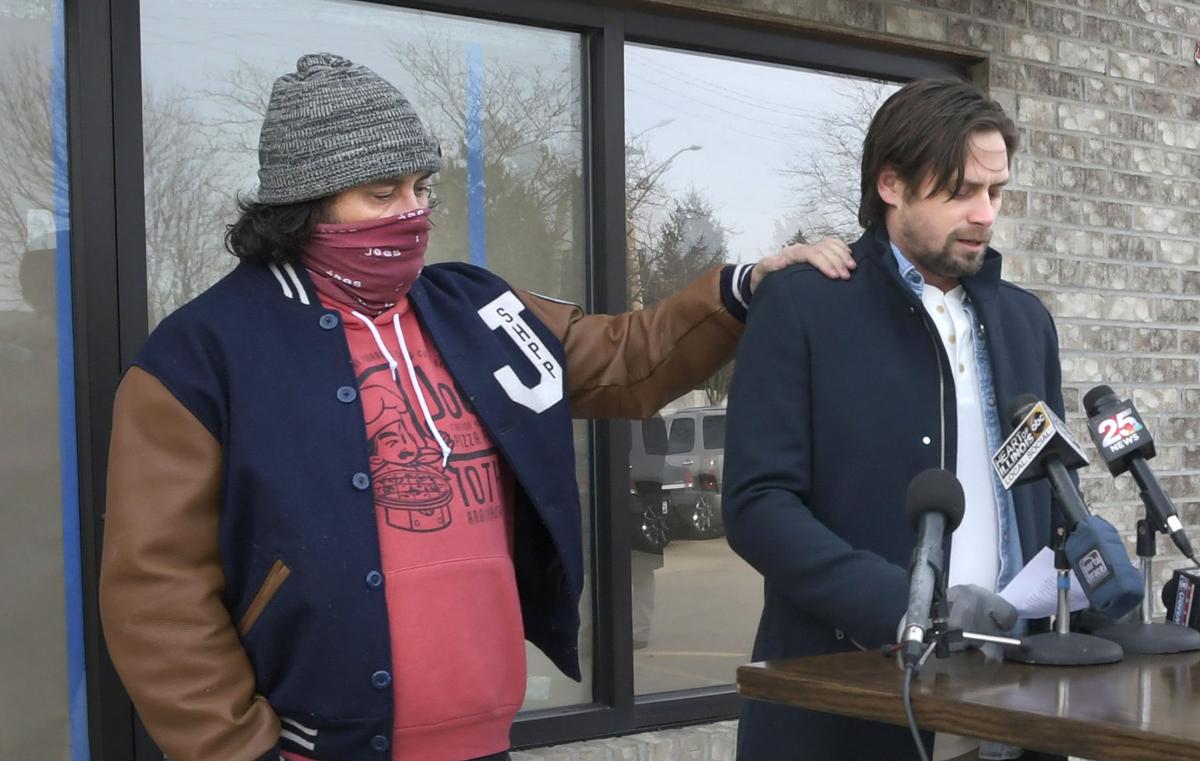 Tony Wargo, left, reassures his brother, Joe Wargo, during a Dec. 15, 2020, presentation about how COVID-19 has hurt their business during a news conference at Joe's Pub, 3907 General Electric Road, in Bloomington. They own Joe’s Pub and Joe’s Station House Pizza Pub at the Shoppes at College Hills in Normal.

NORMAL — An attorney who has sued Gov. J.B. Pritzker over COVID-19 orders pushed back on allegations that a Normal pub violated the local liquor code by continuing to offer indoor service.

The hearing, the town’s first since COVID rules kicked in, was held before an independent administrative officer, Todd Greenberg. After reviewing the facts and arguments presented, Greenberg will present a recommendation to the Normal Liquor Commission, which is also the town council.

The owners could be fined up to $10,000 for each violation or get the liquor license taken away. They declined an interview request from The Pantagraph.

About 20 people attended the hearing, with more gathered in the hallway. Some clapping was heard during portions of the testimony.

The citation followed citizen complaints filed against the business on Nov. 6 and 13 and Dec. 11, documents show. Officers Luke Scaglione, Steven Koscielak and Brad Park, who responded to the complaints, were called as witnesses. 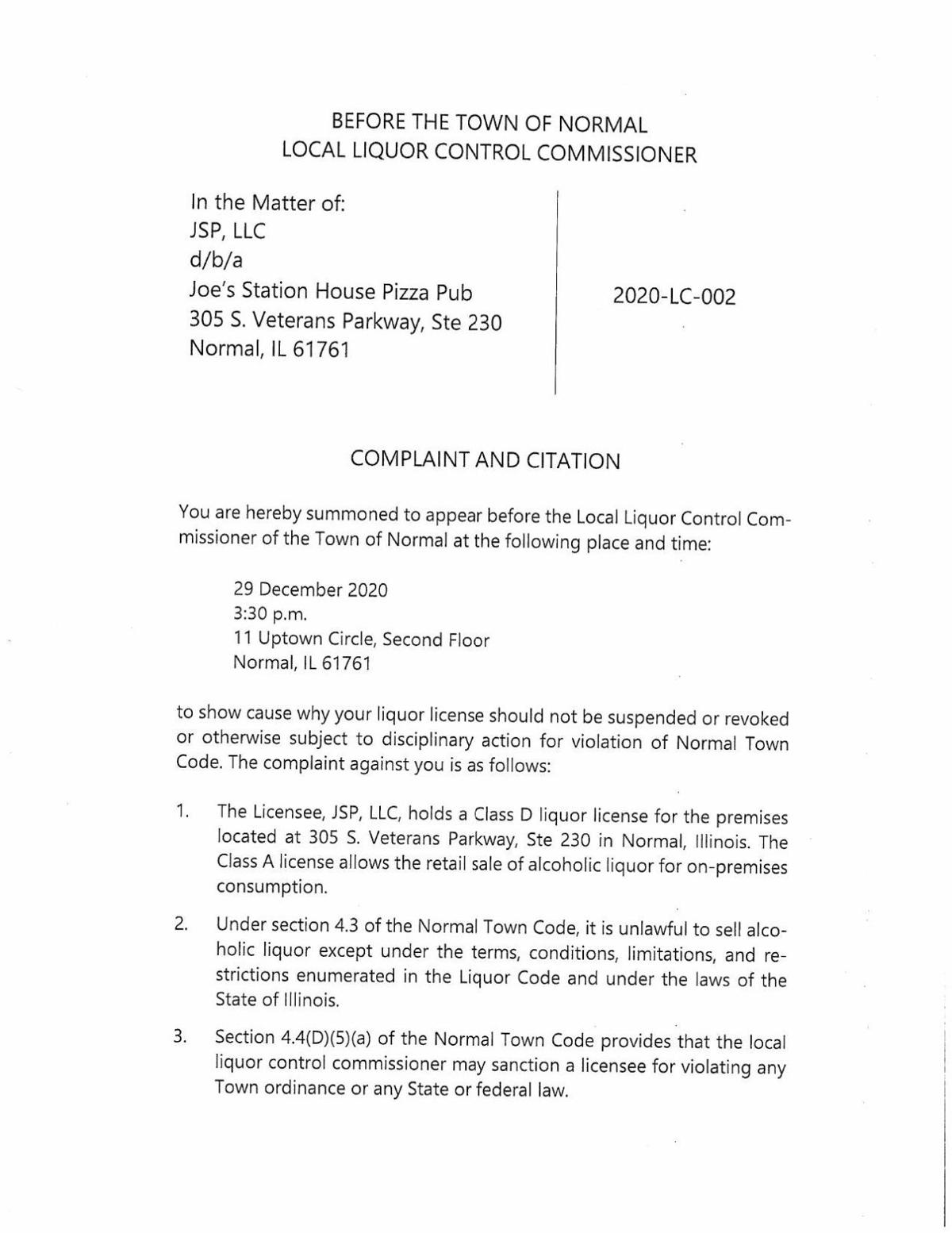 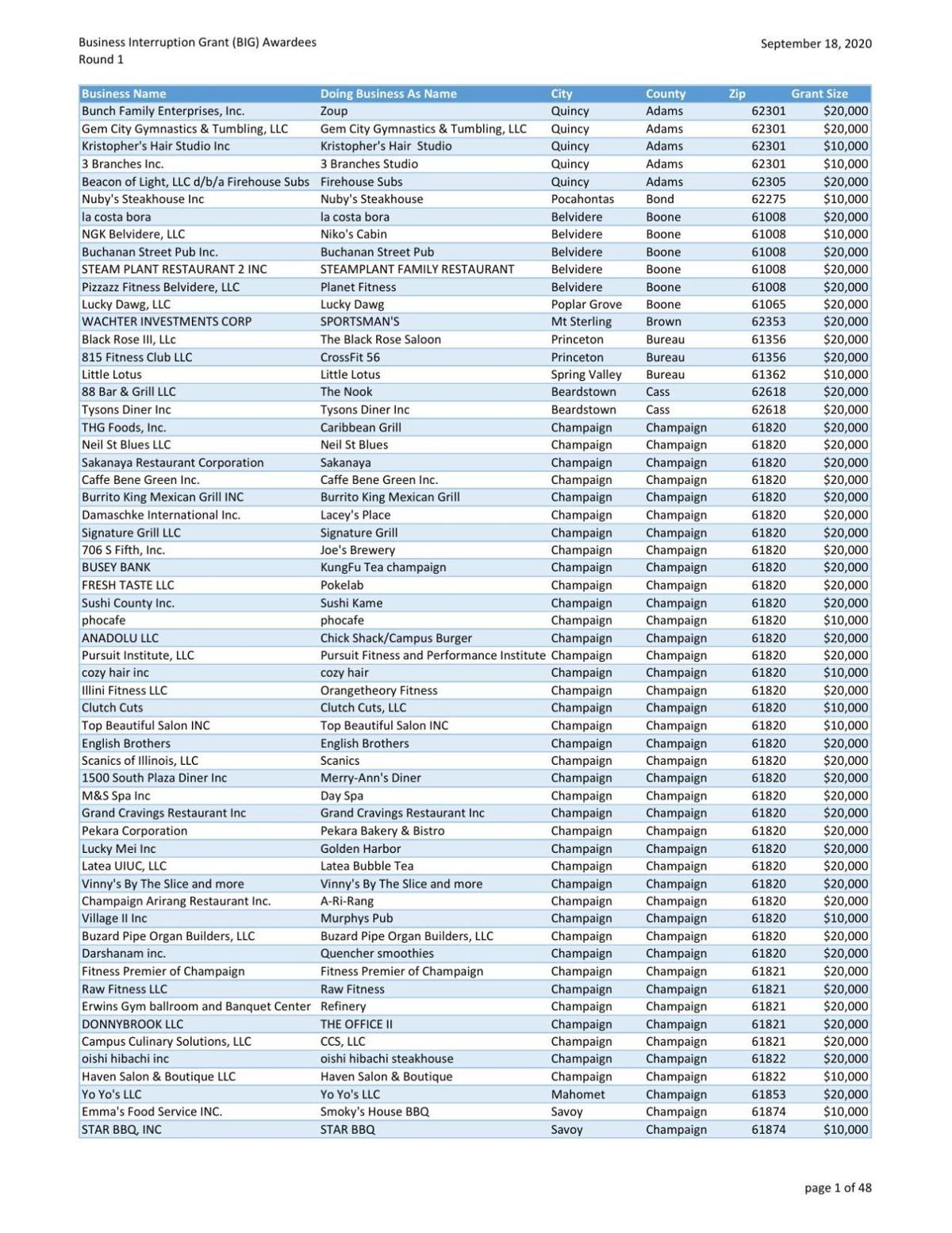 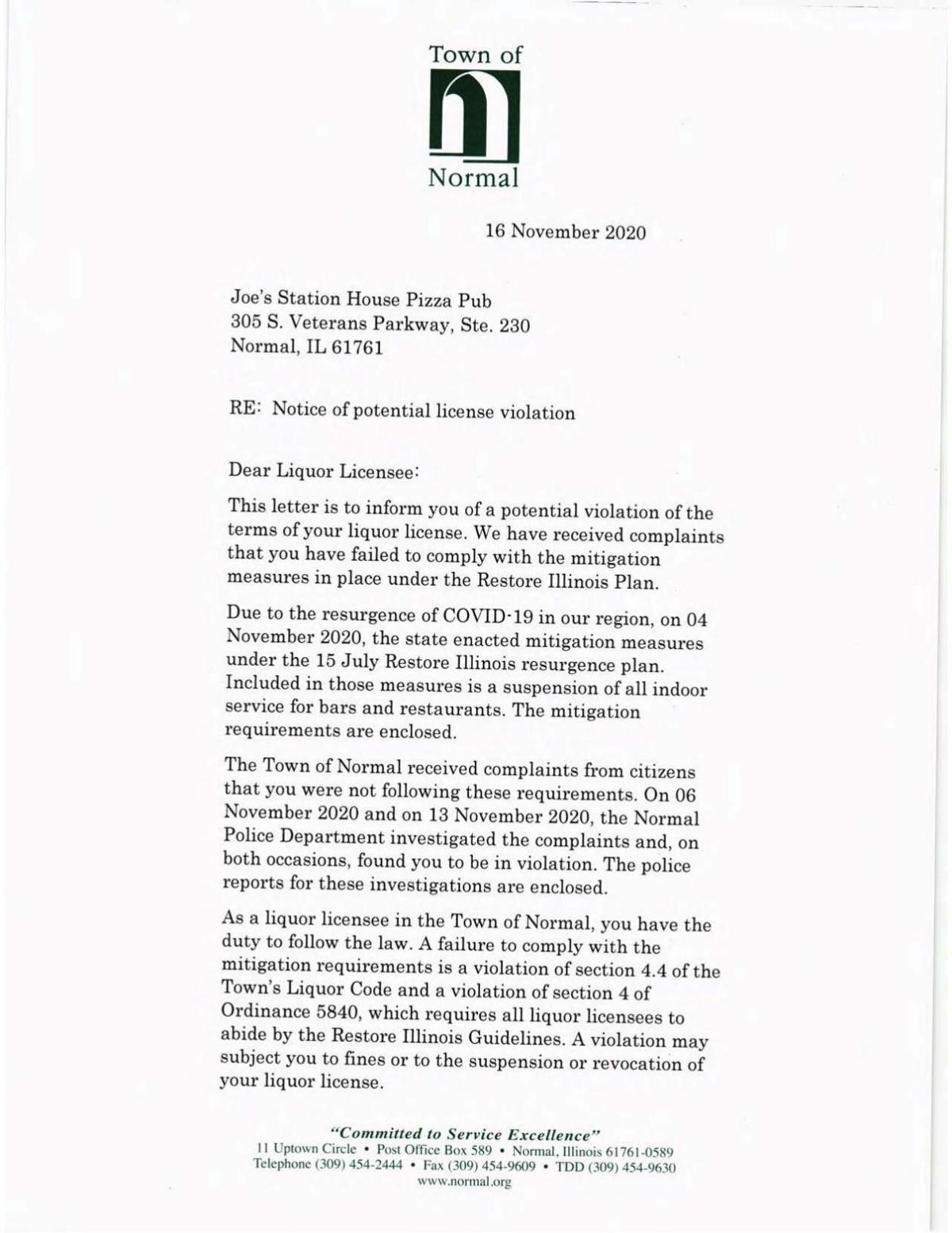 DeVore argued the Gov. J.B. Pritzker’s executive orders are not state law and that the governor has overstepped his authority. He also said that the issue at stake had nothing to do with liquor sales.

"This is a legislative issue, and if the legislation is not sufficient to deal with what we're dealing with, then the legislation needs to be improved and changed," Devore told The Pantagraph.

He later added that, "We need to be honest with ourselves intellectually and say that a liquor ordinance is being used for a purpose of trying to get the governor's wishes accomplished."

Gov. J.B. Pritzker signed an executive order Nov. 4 prohibiting indoor dining and limited gatherings to fewer than 10. The ban came after a spike in coronavirus cases and were aimed at slowing the spread of the virus.

Pritzker has said the measures are needed to limit exposure and that state programs are available to help.

Records show Joe's Station House was one of numerous local businesses that received funding through the $636 million state Business Interruption Grant program, which provided economic relief to small businesses struggling because of the COVID-19 pandemic.

A total of $20,000 was provided to the Normal business, the records show.

Joe's Station House owners Joe and Tony Wargo, who are brothers, also have been among a group of restaurant owners critical of state mitigation efforts. They said they have continued following previous COVID-19 rules through limited capacity, mask requirements and social distancing.

DeVore has represented several businesses across the state in lawsuits against the Pritzker administration over the use of executive orders to respond to the COVID-19 pandemic.

He also represented Cadillac Jacks, 1507 S. Main St. in Bloomington, in September after it was cited for not enforcing mask rules.

Normal Corporation Counsel Brian Day said the town is applying the liquor code as it applies to state law. The code requires liquor license holders comply with state law and with regulations concerning the public health in the state.

“Obviously, we feel for the restaurants and bars who are bearing, frankly, the brunt of the burden of COVID regulations for a variety of reasons," Day told The Pantagraph. "Whatever those reasons are, those are the laws that have been passed down to us; those are the ones that we have to consider.”

DeVore said businesses are suffering because of the pandemic due to loss of revenue with less people going out as much as they used to. He said the loss of indoor dining exacerbates the issue, which led to Joe's Station House and his other clients pushing back against COVID-19 mitigation efforts.

"For a lot of places like my client, that's a death sentence to them if they can't have indoor facility,” he said.

The owners can appeal to the state liquor commission following the decision.

The Bloomington Liquor Commission fined the brothers in December for violations at Joe’s Pub, 3907 General Electric Road, Bloomington, which they also own.

Here are the 10 categories of statewide Tier 3 COVID restrictions

Stories mentioned in this week's episode of Long Story Short

Clinton Fire Department responds to 20 calls in one day

A fire in a mechanical room at the Warner Hospital and Health Services was one of 20 calls the Clinton Fire Department handled on Sunday.

Clinton police call off search for hit and run suspect

Here are more details about a hit-and-run reported by Clinton police on Monday.

Students are coming back to either remote or in-person classes this week. However, the return of high school sports in Illinois doesn't appear to be imminent.

The position would pay $55,447 per year but with a re-organization, the total savings to the department would be $30,000, an official said.

Twelve new deaths from patients diagnosed with the coronavirus were reported by the McLean County Health Department Monday. The report was the first since Thursday.

Lee Enterprises' reporters give brief overviews of newsworthy stories by journalists at The Pantagraph, the Herald & Review and the Journa…

The McLean County Health Department reported five new COVID-19 related deaths Friday and added 222 new and probable cases. There have now been 121 deaths related to the coronavirus, and 12,361 probable and confirmed cases of the novel virus since March. There have been 772 new cases reported since Dec. 31.

Three more businesses have been fined by the City of Bloomington for allowing inside dining, thereby violating state-imposed mitigation measures to slow the coronavirus pandemic.

In this Jan. 5 file photo, Tony and Joe Wargo, owners of Joe's Station House Pizza Pub in Normal, listen to arguments in their Normal Liquor Commission hearing at the town hall. The owners are accused of violating state COVID restrictions. 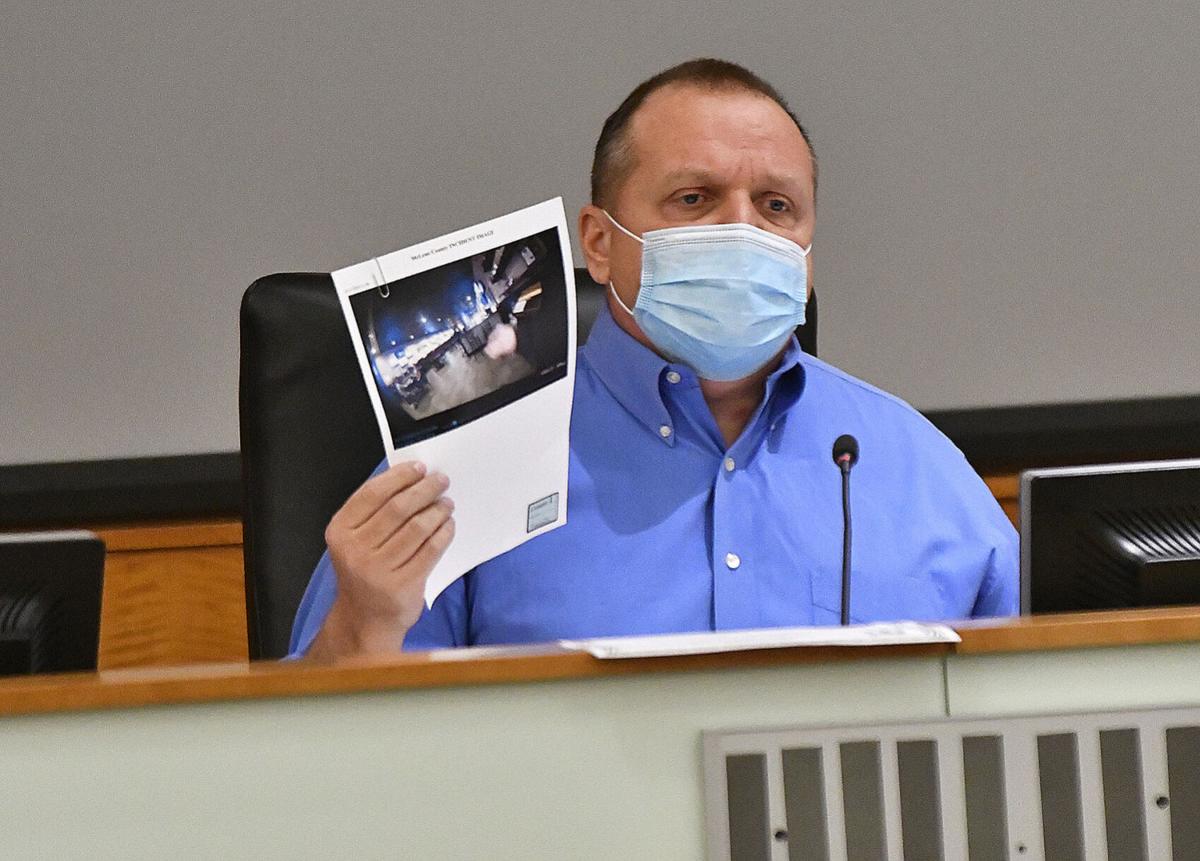 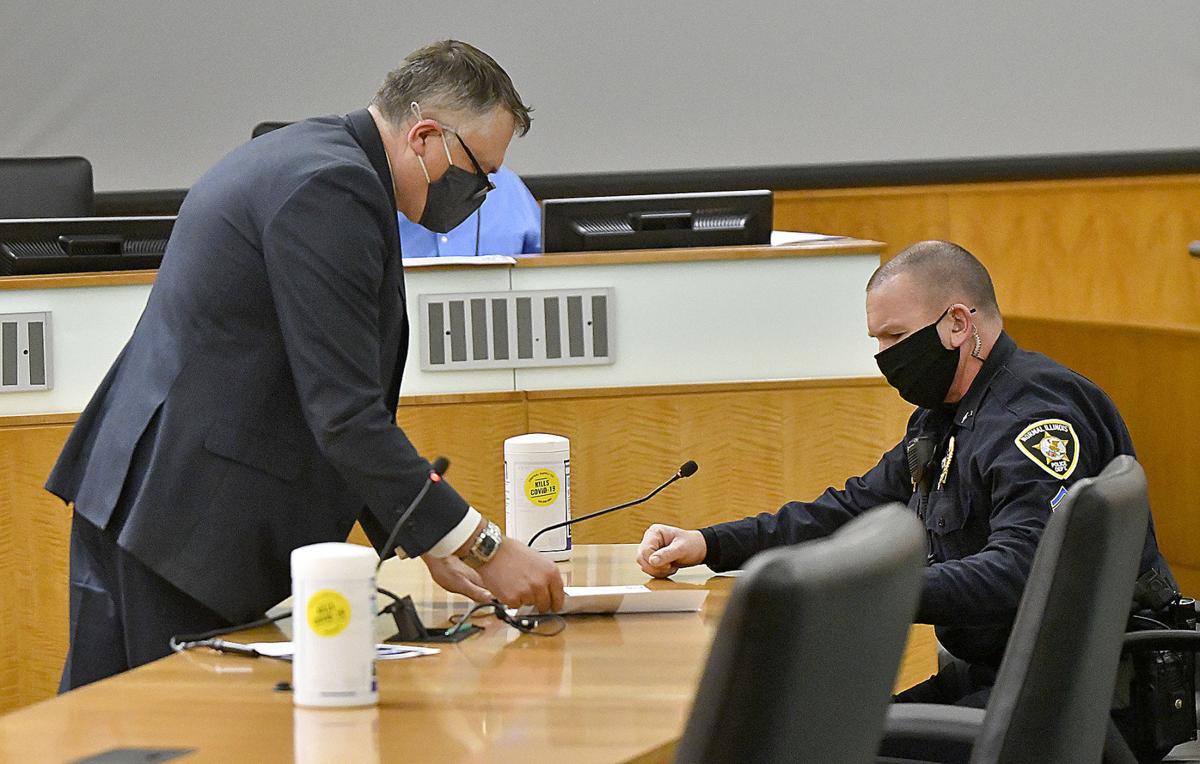 Tony Wargo, left, reassures his brother, Joe Wargo, during a Dec. 15, 2020, presentation about how COVID-19 has hurt their business during a news conference at Joe's Pub, 3907 General Electric Road, in Bloomington. They own Joe’s Pub and Joe’s Station House Pizza Pub at the Shoppes at College Hills in Normal.