BLOOMINGTON — One day after McLean County Board members rejected a proposal that would have allowed the county to make money from jail inmates using electronic tablets, the sheriff’s office has removed the tablets from inmates, according to a statement from nine board members.

The board voted Thursday to table the proposed addition to a contract between the county administration and jail communication services company Inmate Calling Solutions that would have added the use of tablets to the contract.

The addition would have meant that the jail could charge inmates 5 cents per minute while using a tablet and 25 cents per inbound email. McLean County was lined up to receive 25% of those service fees collected by ICSolutions.

“We were very disheartened and shocked today to find out that McLean County Sheriff Jon Sandage has taken away these tables from the inmates,” a statement by the nine McLean County Board Democrats read.

The statement continued to say that board members were not given “an adequate explanation” for why the tablets were removed.

Sandage told The Pantagraph Friday evening that he was out of the office for the week and that no county board members contacted him Friday for an explanation.

McLean County Board Member Sharon Chung confirmed she sent an email about 1:40 p.m. Friday inquiring about the devices being removed from the jail.

Sandage said the jail can't "continue operating under a contract indefinitely that I don't know is going to get signed."

"Until the county board can make a decision and sign a contract, I'm not going to continue operating indefinitely," Sandage said.

Democratic county board members said “there is very little chance” that McLean County attorneys have talked to ICSolutions attorneys since Thursday’s vote to talk about removing the tablets, and therefore, accuse Sandage of “doing this as retaliation for our vote.” 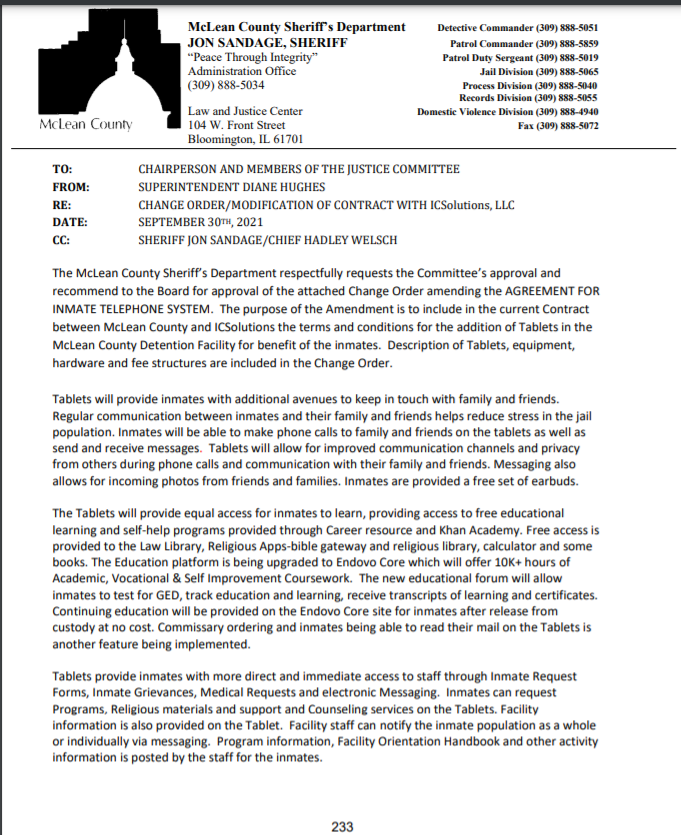 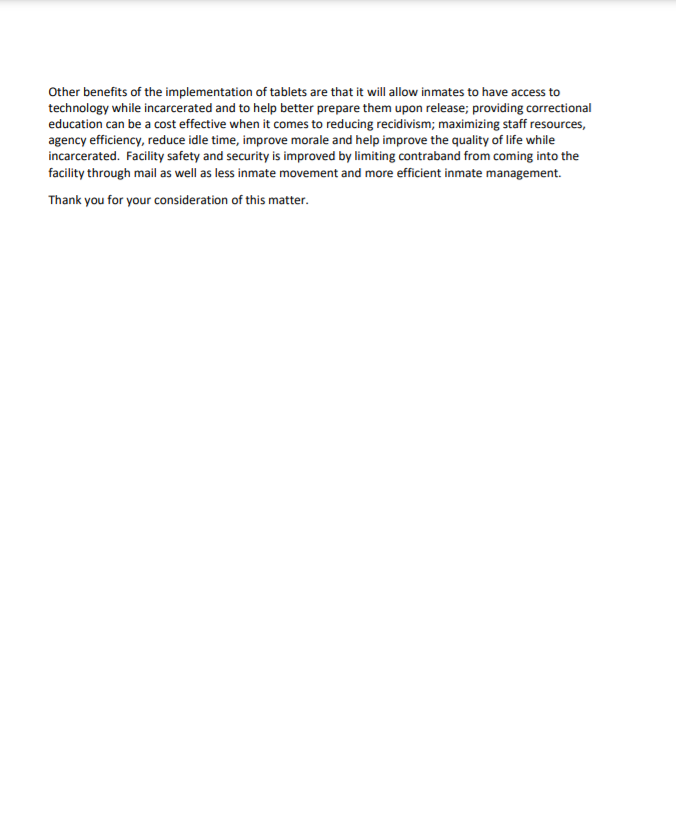 “We ask that Sheriff Sandage return the tablets to the inmates immediately as the contract is being renegotiated,” the statement said. “There is no reason for him to be using incarcerated inmates and their families as pawns in this political game of his.”

Several board members emphasized at Thursday’s meeting that they want jail inmates to have access to tablets, as it provides education opportunities and ways to communicate with family.

Sandage agreed that the tablets are beneficial to inmates, their families and jail employees, but he added, "I don't think that the taxpayers should pay for this luxury."

"It's a shame it's been politicized because I truly want these tablets for the inmates," Sandage said.

He also noted that revenue gained from the use of telephones in the jail — and what could be gained if tablets are added to the contract — help fund the sheriff's office and other programs.

Watch now: Bloomington District 87 board hears about $17 million in grants

Federal, state and local grants are a big part of Bloomington District 87's budget every year, and fiscal year 2022 is looking no different, the board learned Wednesday night.

An audit of finances at McLean County Unit 5 came back nearly clean with one finding from an external accounting firm.

Proposed spending would be about a 25% increase from the current year’s budget.