World Series: Follow updates and scores as the Astros face the Braves

Watch now: 3 things we heard from the Chicago Bears on Tuesday 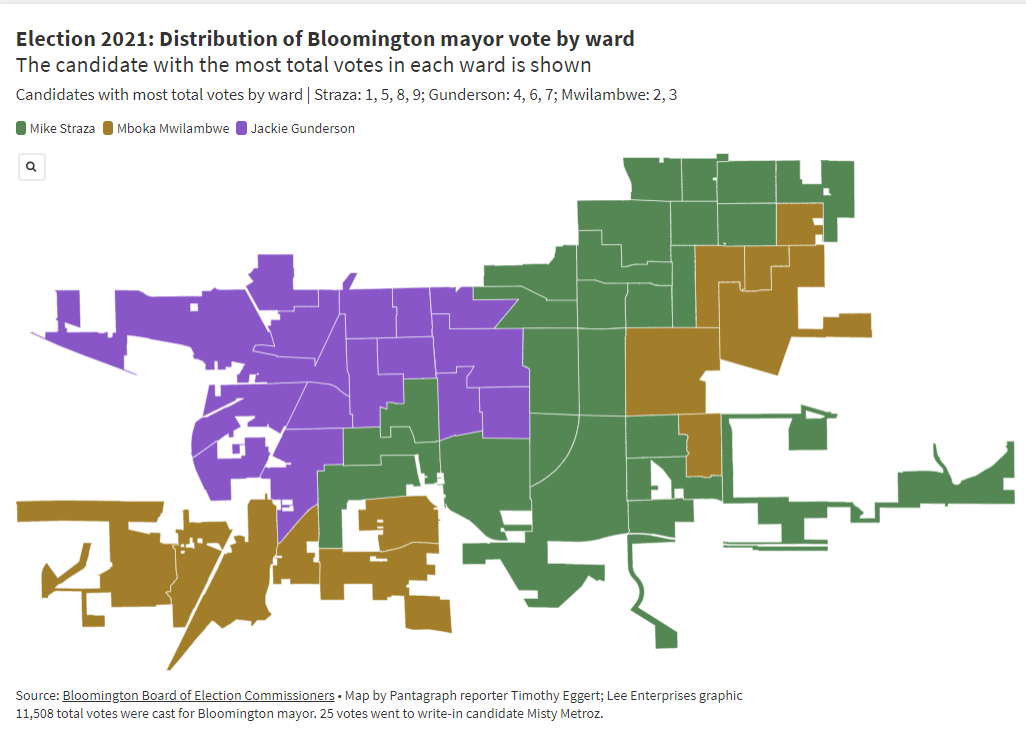 A map of the distribution of most total votes for Bloomington mayor, by ward, is shown. 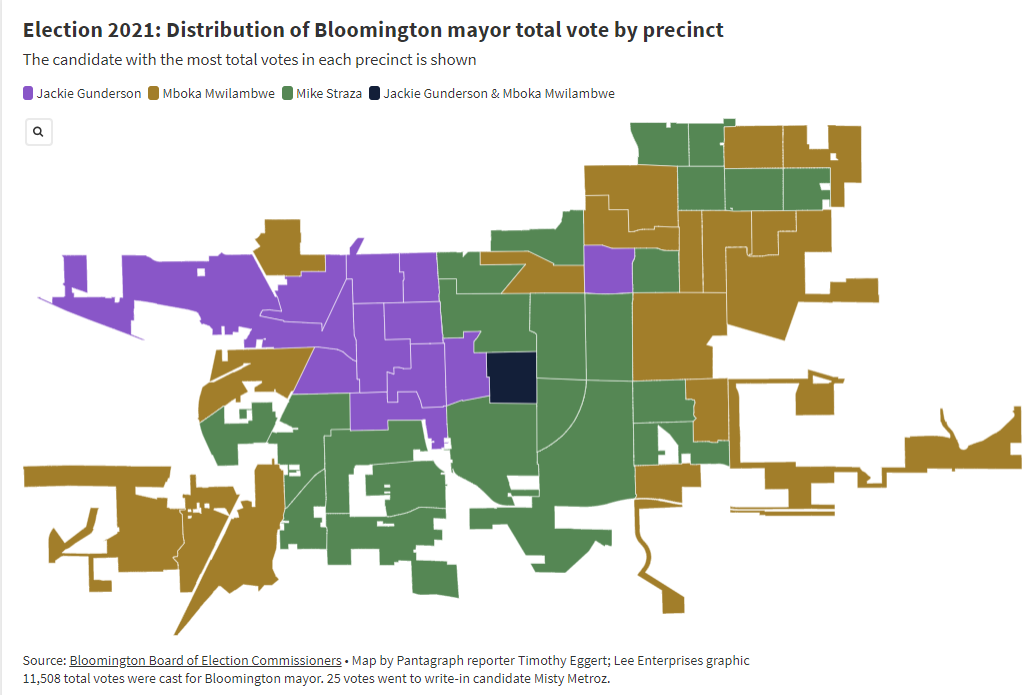 A map of the distribution of most total votes for Bloomington mayor, by precinct, is shown. 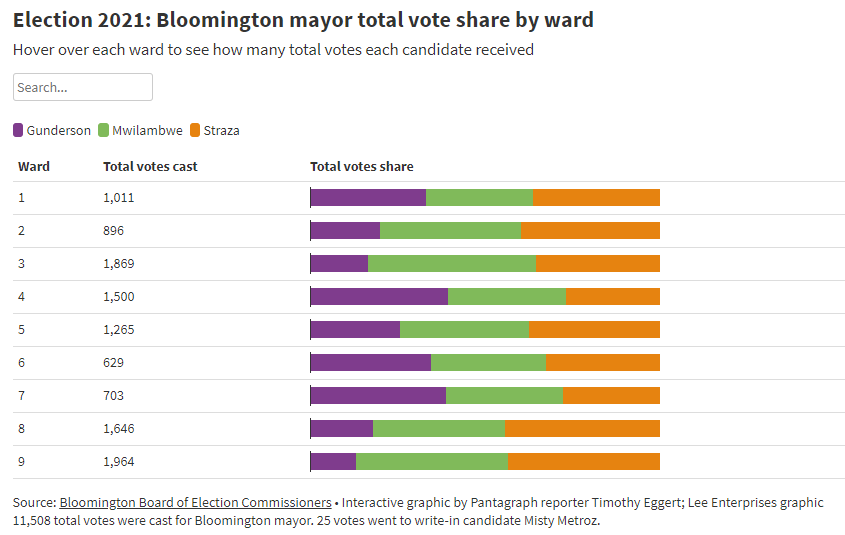 A table of the candidates' share of total votes for Bloomington mayor, by ward, is shown.

BLOOMINGTON — Despite collecting the most total votes among the three candidates vying in Tuesday's election to lead the city, Bloomington Mayor-elect Mboka Mwilambwe was the top vote-getter in only two of the city's nine wards.

The candidate with the most total votes, inclusive of those cast through early voting, by mail and on Election Day, is deemed the winner of the race.

Unofficial election results published by the Bloomington Board of Elections and analyzed by The Pantagraph show Mwilambwe as the candidate with the highest total votes in Wards 2 and 3, where he earned 359 total votes and 899 total votes, respectively.

To calculate those totals, The Pantagraph added the total votes each candidate earned in each precinct, then added together the precinct totals for each of the precincts that make up each ward.

While the votes by ward have no impact on Mwilambwe's status as mayor-elect, they do offer insight into where in the city his 4,455 votes came from.

The figures also tell a story of a tight race that played out in the wards, one that's exemplified by blowouts and close calls.

The margins between Straza and Mwilambwe were especially tight in two wards that border Mwilambwe's home Ward 3, and that are heavy in subdivisions and retail corridors.

Gunderson edged out both in Ward 6 — the area includes most of downtown Bloomington — sneaking by Mwilambwe with 12 more total votes and by Straza with 13 more total votes.

The candidates' total votes by precinct tell a similar story.

Mwilambwe and Gunderson tied for the most total votes — 138 — in Bloomington precinct 22.

BEC Executive Director Tim Mitchell in an interview said the figures suggest that voters across the city's wards were more engaged than in other consolidated election years.

"If you pay attention to city politics, you probably got a little more interested in this one," Mitchell said, adding that municipal elections featuring a mayor's race generally translate into higher turnout.

For Mwilambwe, 3,410 votes of his total votes came on Election Day alone, while 618 came through early voting and 427 were cast via mail-in ballot.

"More ballots came in and obviously there were more voters, but statistically the turnout was about the same as 2017," Mitchell said.

"I think it's important for people to realize how inspirational this is, not only people here, in this community, but abroad it says America is a country of hope and Bloomington is a place where this can happen," Mwilambwe said, adding how his projected victory was broadcast on local news stations in his native country.

The organization's president, Linda Foster, said the Bloomington-Normal Branch of the NAACP is proud of the diversity associated with Mboka Mwilambwe's mayoral election, "but certainly recognize that we are not living in a post-racial society."

A map of the distribution of most total votes for Bloomington mayor, by ward, is shown.

A map of the distribution of most total votes for Bloomington mayor, by precinct, is shown.

A table of the candidates' share of total votes for Bloomington mayor, by ward, is shown.