Watch now: Crews round up goats, sheep after semi crash west of Normal

BLOOMINGTON — For some time, Mayor Tari Renner has wanted a motor fuel tax increase to speed up fixing the city's crumbling streets.

So he is quick to embrace City Manager Tim Gleason's suggestion to raise the local motor fuel tax from 4 cents to 8 cents per gallon to generate $2.3 million more that could be dedicated to annual road repairs.

And, City Council support may be moving in that direction, too.

"We have money going toward streets and infrastructure, but as Jim Karch, the director of public works, has noted we need probably about $6 million a year just to keep up," said Renner. "We are $1 million-and-some shy of that."

"If we targeted road work repair (and pavement preservation) at $1.3 million or $1.4 million, that truly gets Jim Karch to that $6 million he needs," Gleason told The Pantagraph.

The remainder of the $2.3 million could be reinvested downtown, or used for other economic development purposes, said Gleason, adding those projects would be designated with signs and on the city's website as being paid for with motor fuel tax funds.

"We want to try and be as transparent as we possibly can and show the community how we are investing their tax dollars," said Gleason.

Funding for streets and sidewalks is $4.8 million in the current budget, and "what we have plugged into the budget is $5 million for FY 2020, and that has yet to be approved," said Gleason.

The matter will be discussed further with the council as it works through approving the city's budget for fiscal 2020, which begins May 1.

The proposed budget will be formally presented to the City Council when it meets at 6 p.m. Monday at City Hall. A public hearing is set for March 11 and final adoption is anticipated on April 8.

"The city can't continue to do the same thing we have been doing and expect different results," said Karch. "Additional street funds are needed to tip the scales in Bloomington to a reasonable service level. Every weak area in the street shows up when the snow goes away before spring comes in Illinois."

"If we are going to not only fix our streets and infrastructure, but make clear noticeable improvements, we need to have a 4-penny-more-a-gallon gas tax," said Renner.

In a straw poll a year ago, five of the city's nine aldermen — Kim Bray of Ward 9, Scott Black of Ward 7, Karen Schmidt of Ward 6, Joni Painter of Ward 5 and Mboka Mwilambwe of Ward 3  — said "no" to raising the local motor fuel tax 4 cents.

But Painter told The Pantagraph this week that she would support the 4-cent hike "if all of it is dedicated to just fixing the streets."

"I think it will raise gas prices in Bloomington, but on the other hand, if all of that money is going to our roads I would hope people would understand that," she said.

"Nobody likes to increase taxes, but I think there (is) maybe some interest on the part of the public if they see some clear return on the investment," he said.

Schmidt said she is concerned the city might raise the local motor fuel tax when the Illinois General Assembly is considering raising the state’s motor fuel tax that currently is at 19 cents on each gallon of gas.

"I have no idea what the state will do, but we have to fix the streets in Bloomington regardless of what they do in Springfield," said Renner, who sees the local gas tax increase as the fairest way to do that.

"Lots of people use our streets and approximately 30 percent of the motor fuel tax revenue comes from motorists who do not live in Bloomington. Those are people who drive on our streets so they should bear some of the burden for fixing them."

The number of streets resurfaced with asphalt increased from 18 in 2017 to 25 in 2018. Additional streets were repaired using the pavement preservation process.

But city officials acknowledged the increase was far less than what is needed.

BLOOMINGTON — Last year, when the city had to dig up Rosalie Street in front of her south Bloomington home to fix a broken water main, Kyle Se…

Bloomington identifies streets to be resurfaced this summer

BLOOMINGTON — Last year, when the city had to dig up Rosalie Street in front of her south Bloomington home to fix a broken water main, Kyle Se…

BLOOMINGTON — De Urban says she is excited about the city creating a new economic development department to help small-business owners like herself.

BLOOMINGTON — The City Council will vote Monday night on whether to double the local motor fuel tax from 4 cents to 8 cents.

BLOOMINGTON — Motorists in Bloomington will be paying more for gasoline, with the City Council doubling the local motor fuel tax to pay for st…

BLOOMINGTON — Portions of 70 streets and alleys in Bloomington will be improved through the city's pavement preservation program, beginning Oct. 14.

The city of Bloomington likely will see another record-setting budget if the City Council adopts a proposed spending plan city staff is finalizing. 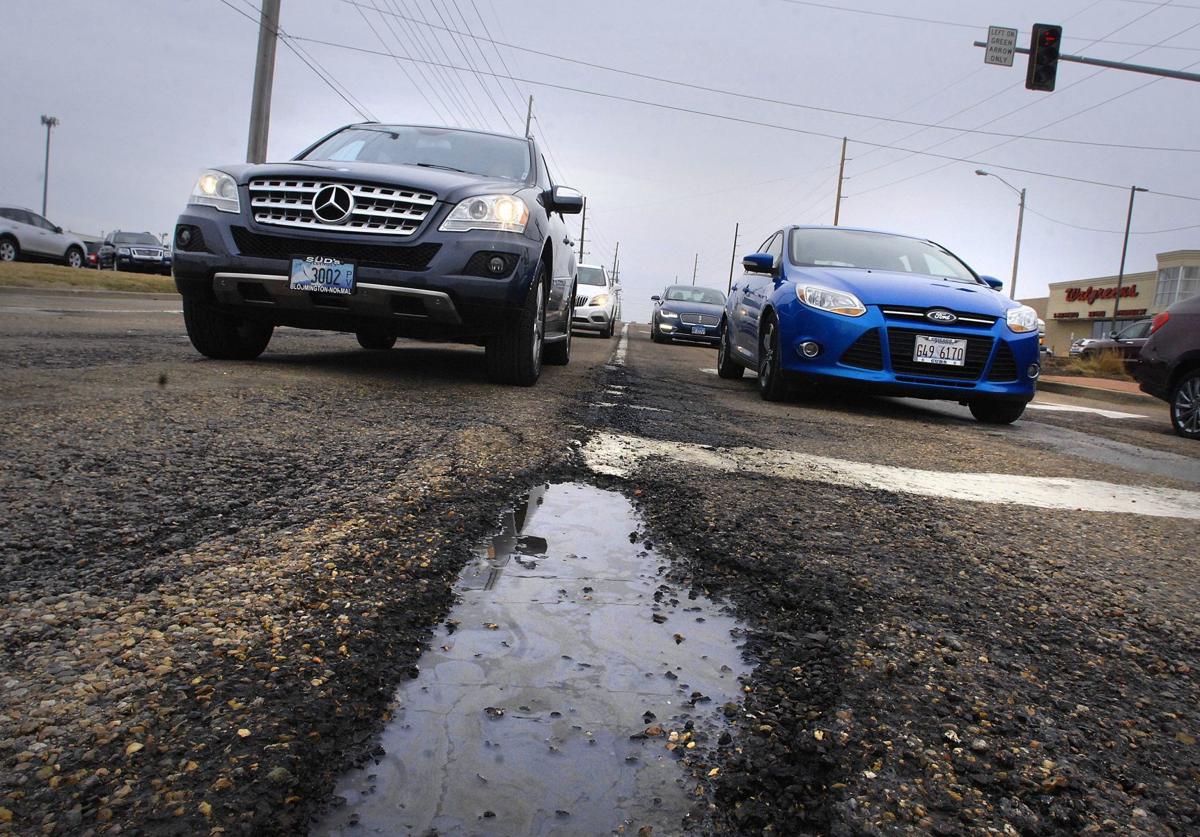 Despite Bloomington Public Works crews' best efforts to patch potholes this winter, like this roadway on General Electric at Veterans Parkway, roads continue to degrade at an alarming pace. 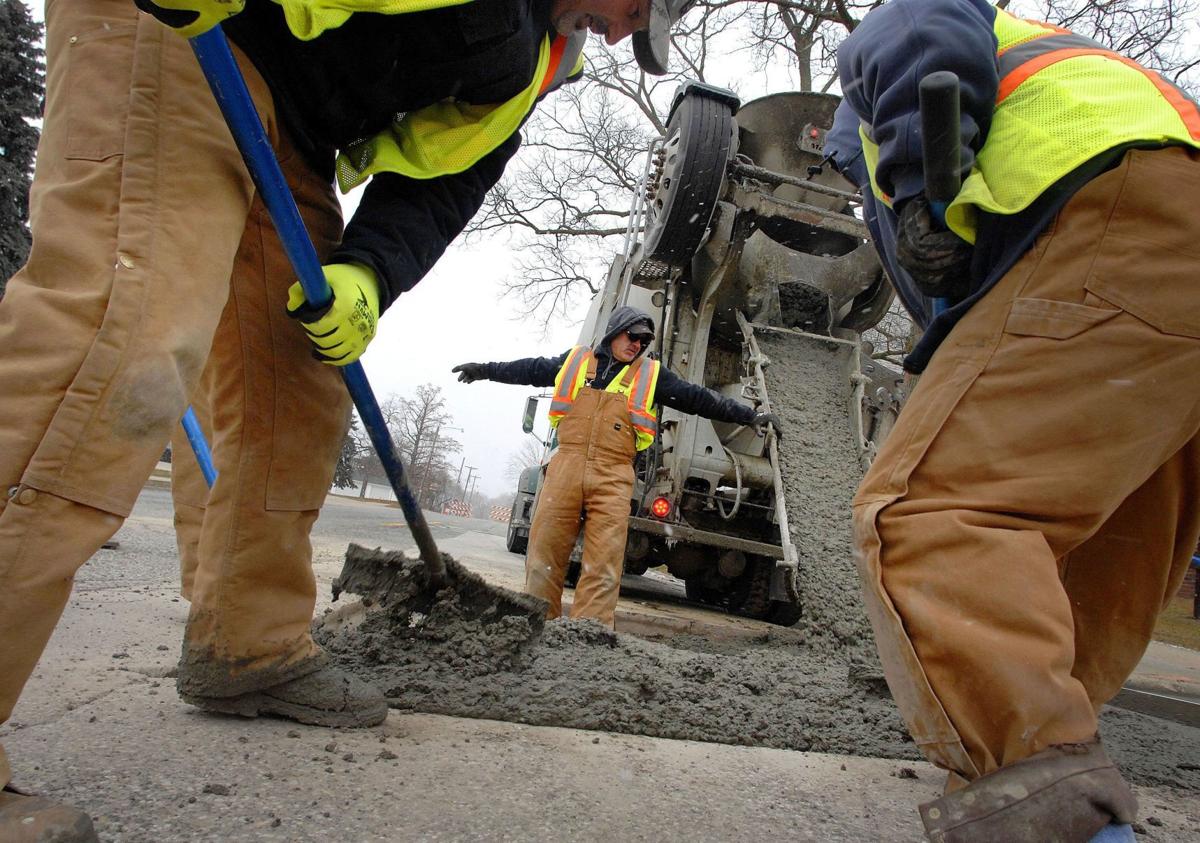 City of Bloomington Public Works employees filled a hole in the pavement that was left after crews repaired a broken water main in January of 2018 at North Lee and West Jefferson streets. Crumbling infrastructure in Bloomington could require a gas tax increase to help the city deal with inevitable repairs for which there isn't enough money. 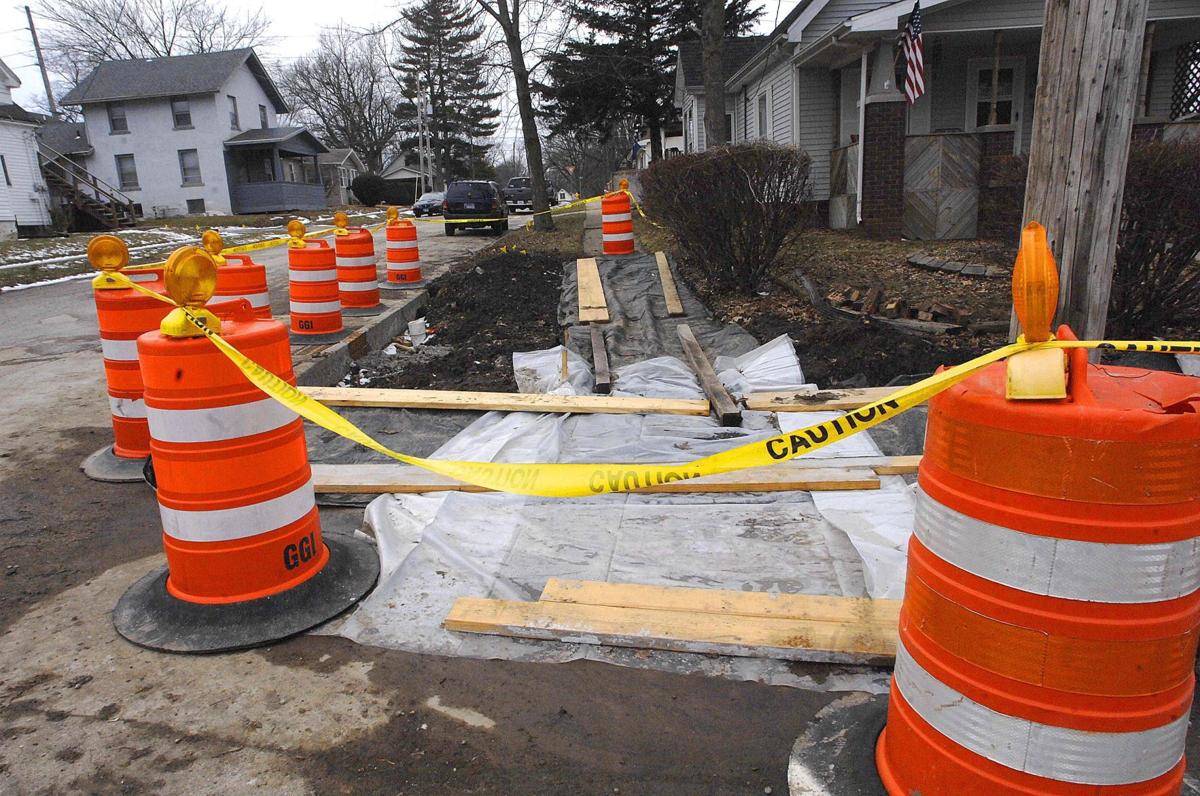 Rebuilding this sidewalk and curb at South Lee and West Elm streets are among numerous sidewalk and street maintenance projects the city of Bloomington is trying to find more funding to complete. 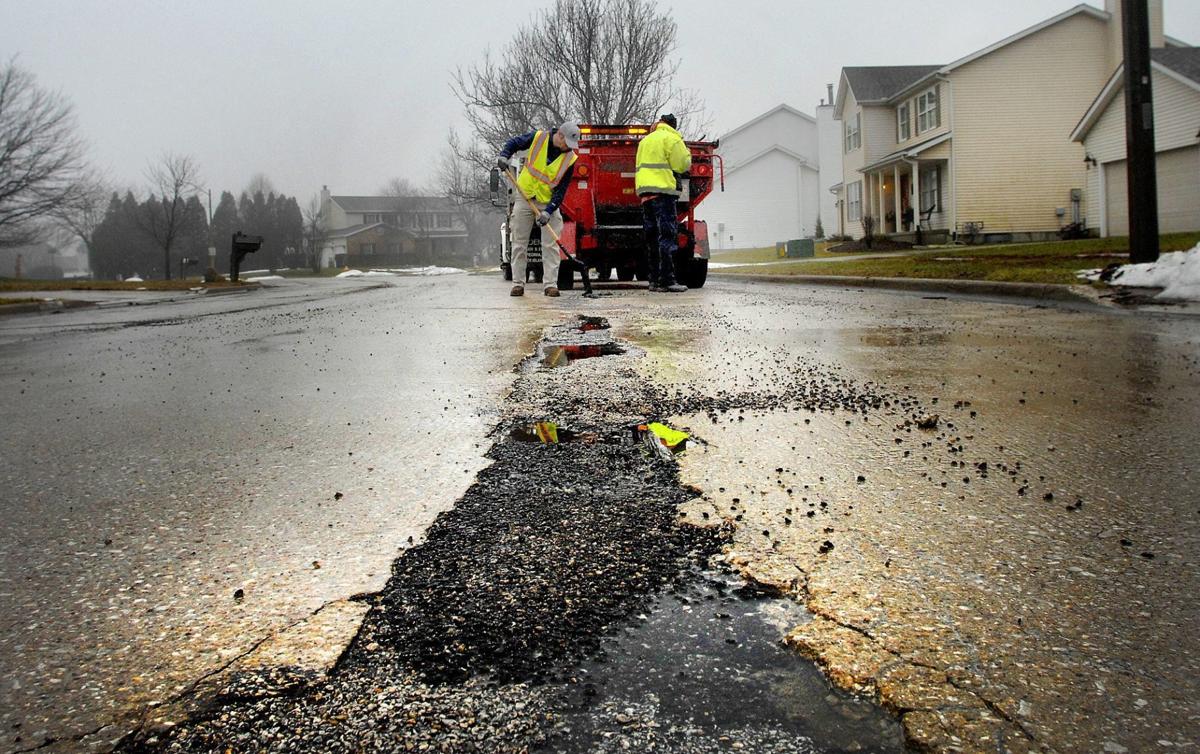 A line of potholes draws the attention of Bloomington public works employees Jeremiah Beutow and Mario Davis on Feb. 7 along Old Farm Road. 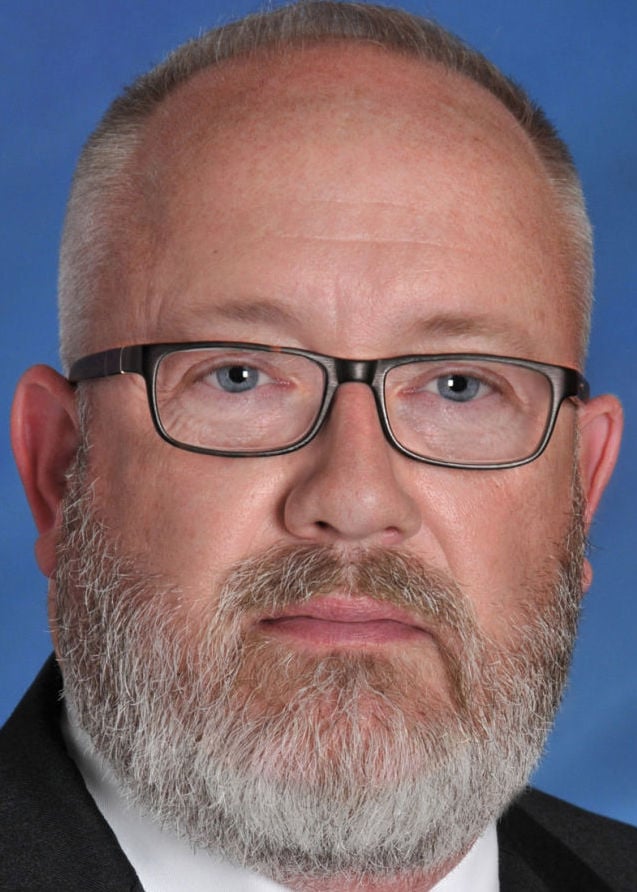