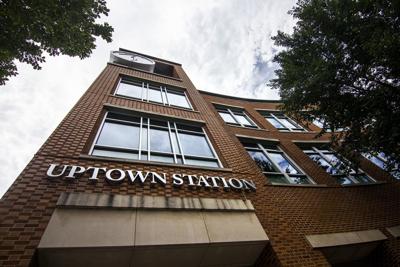 NORMAL — A 20-year-old park in Normal is getting a refresh, now with more accessible and inclusive playground equipment.

Carden Park in north Normal is one of the town's most-used playgrounds, and town staff hope to replace its equipment to include wheelchair access to slides.

In May, a group of McLean County Unit 5 fourth-grade students from Grove and Parkside elementary schools wrote letters to Mayor Chris Koos about the importance of playground accessibility. The students gave a presentation to the council in an effort to increase awareness.

"The (Carden Park) playground was on our radar, but certainly staff took into account the information that was shared from Grove Elementary," said Town Communications Director Cathy Oloffson. "We were planning for accessible and inclusive playgrounds, but their presentation reinforced the direction the town was heading."

On Monday the Town Council will consider approving the $179,963.29 playground replacement. The town is asking council to waive the formal bidding process and award a contract to GameTime C/O Cunningham Associates Inc. to install the equipment.

Through the OMNIA Cooperative Purchasing Plan, the town received a $170,400.97 quote from GameTime to replace the equipment. The town also received a GameTime Cares Grant of $63,117.48, which brought the total cost of the project to $107,283.

To keep the playground accessible, the town is adding a "poured-in-place surface" in combination with wood fiber material in certain areas for safety. The surface will allow people with disabilities to access the playground equipment more easily.

Normal is also expected to enter an agreement with Scharnett Associates Architects LLC of Bloomington to design and construct the Children's Discovery Museum's new "Luckey Climber" exhibit. The contract is set to not exceed $77,400.

The museum received a $568,700 grant through the Illinois Department of Natural Resources Public Museum Capital Grant program to replace its existing Luckey Climber.

The climber, named after the architect who originally designed the feature, has served more than 2 million museum visitors, said Oloffson. Its new design features brightly colored climbing petals suspended from the ceiling of the three-floor building. 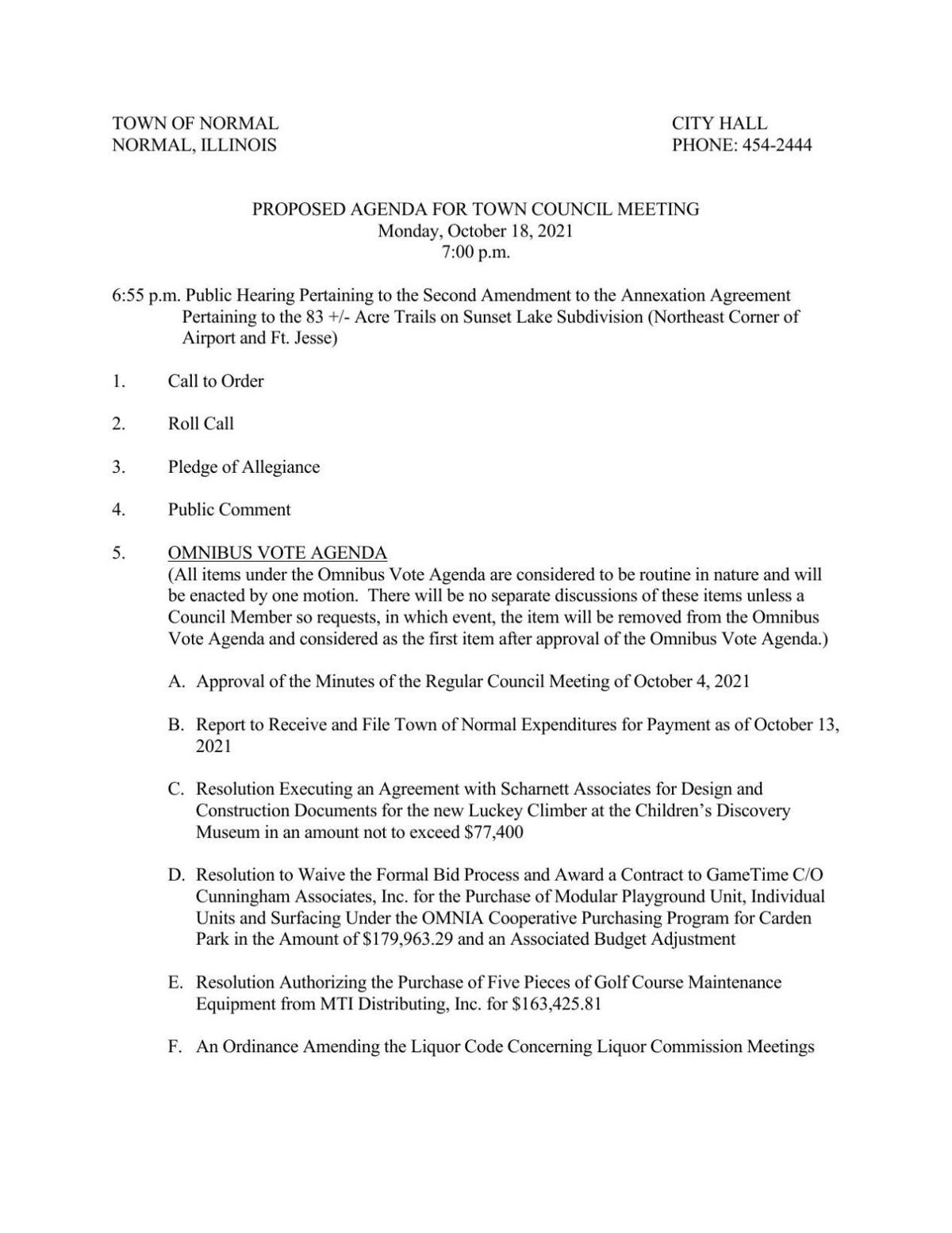 In other business, the town will consider amending an annexation agreement, a rezoning request and an amended subdivision plan for the Trails on Sunset Lake subdivision at the northeast corner of Airport and Fort Jesse roads.

The council will also hear a $163,425.81 purchasing agreement for five pieces of maintenance equipment for the municipal golf course.

The Normal Town Council meets at 7 p.m. Monday on the fourth floor of Uptown Station. Meetings are live streamed through the town's YouTube page.

A playground of their own

The U.S. government said this week it expects households to see their heating bills jump as much as 54% compared to last winter.

The 25-year-old was not present in the courtroom, having waived his right to appear for the sentencing hearing.

Six years after jumpstarting the design process for new downtown Bloomington signs, the city is celebrating with a lighting ceremony of its welcoming arch.

Paris may use flying taxies during the 2024 Olympic games

Paris may use flying taxies during the 2024 Olympic games

Biden: New variant cause for concern, 'not panic'

Biden: New variant cause for concern, 'not panic' 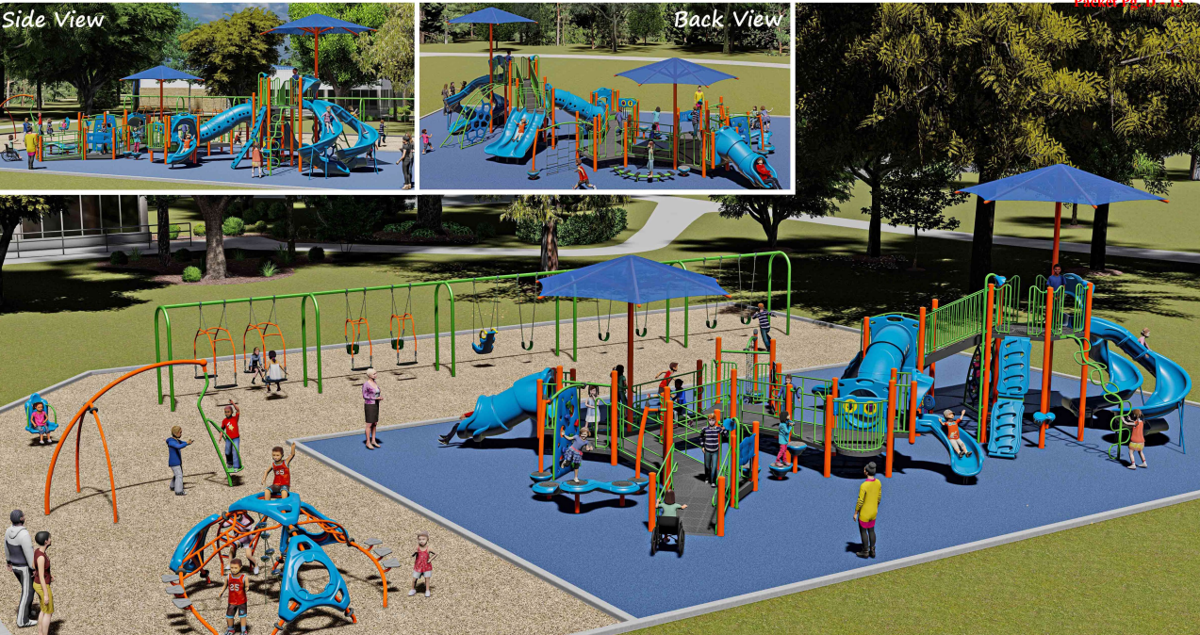 Renderings show what the updated 20-year-old Carden Park could look like. The playground will have more accessible and inclusive features, including a wheelchair ramp to the slides and a poured-in surface. 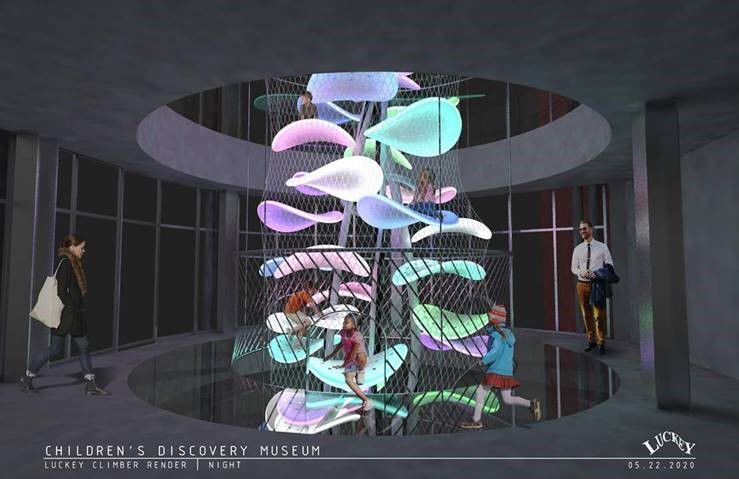