BLOOMINGTON — Carla Campbell-Jackson, first vice president of the Bloomington-Normal chapter of the NAACP, wants to ensure this week's meeting is just the beginning of meaningful dialogue with local police agencies.

A virtual town hall was held Thursday evening to open conversation between chapter members, area residents, and police chiefs of several law enforcement agencies, including the Bloomington, Normal and Illinois State University police departments, along with the McLean County sheriff.

Campbell-Jackson said before the meeting she was excited for the opportunity to collaborate and engage in dialogue “where there is true listening and where we can activate on a plan to make sure all residents in Bloomington-Normal are treated with dignity and respect."

“This is the first step as we work, as the NAACP works, to eliminate racism and discrimination, not only with the law enforcement agencies but throughout our entire communities,” Campbell-Jackson said.

She also said they planned to discuss a recent study that shared African American people living in Bloomington-Normal are more likely to be stopped by police than their white peers, even though African Americans only make up 11% of the Twin Cities’ population.

The research, compiled by the Illinois Department of Public Transportation, found that Black drivers in Bloomington are 6.2 times more likely to be stopped by police.

“Our goal is to engage in meaningful dialogue so relationships can be built, so we can listen to our citizens and constituents, and develop strategic action so that we can all live in, and we can all prosper, we can all be safe, and where we can actually trust the officers who are here to protect and serve,” Campbell Jackson said.

She added that they planned to come up with significant solutions and true partnerships from Thursday’s meeting.

"This is not the end of the conversation," Chapter President Linda Foster said at the start of the conversation. "This is where we're starting and will make sure we're all aligned, so we can improve those things we need to improve on."

She announced at the end of the meeting that the sheriff and police chiefs have agreed to meet on a quarterly basis.

After the meeting, Campbell-Jackson said it was imperative that the chapter develop strategic actions, and one of those was establishing a quarterly cadence for meeting with law enforcement.

"That was very significant, obviously, because this opens up the opportunity for true and meaningful dialogue," the chapter vice president said.

Foster said at the meeting that this is an exciting time, "because some communities don't have what we have. Some communities can't get leaders and law enforcement to the table."

"We have the ability to talk frankly and openly with each other, and that's what it takes to understand each other," he said.

When asked about the findings on racial disparities in traffic stops, Sandage said they have several major highways where his officers do traffic enforcement, and he posed how that would affect the study's results.

"We do look at racial profiling sheets that are completed by officers on a biannual basis to make sure we don’t have any problems," he continued. "We have not discovered any."

ISU Police Chief Aaron Woodruff said there are always questions when statistical data is used. He said their supervisors go over traffic stop data each month.

"Certainly if we see officers with higher percentages, we are expecting them to improve upon their numbers," Woodruff said. He said they can't tell officers to stop drivers based on their race, and they still have to make stops based on traffic safety violations.

"It's hard for officers to know the sex — let alone race — of a person in their car," he said.

Normal Police Chief Rick Bleichner said they frequently look at data on stops, and the data is helpful "but it doesn't tell the whole story."

He noted that they don't know exactly how the COVID-19 pandemic affected the numbers. He said the data found increases in a lot of areas, but COVID also meant there were fewer vehicles on the roads.

Bleichner said they look at the time of stop across racial categories, and the average of 10 minutes was consistent across the board. They also look at outcomes, citizen complaints, and early warning systems for officer misconduct, he said.

"Our expectations and policies are officers take action based on driving behaviors and never on a person's race or protected class," Bleichner said.

Bloomington Mayor Mboka Mwilambwe was also present for the meeting.

"I envision Bloomington to be a place where people of all colors and persuasions can exist," he said.

On Friday, Campbell-Jackson said they were pleased that law enforcement leaders acknowledged that racism does exist.

"Now, we can activate to work on measures to eliminate racism discrimination as related to police interactions," she said.

"Racism and discrimination is not isolated to law enforcement," Campbell-Jackson continued. "We know that an iota of African American lives are impacted by systemic racism.

"This is including interactions with cooperate America, interactions with our health care, and even interactions in our education settings. Therefore, it is imperative that the NAACP remain steadfast and immovable in our quest to make sure we create a more perfect union for everyone in our community."

Photos: Local law enforcement, B-N chapters of NAACP and Not In Our Town hold joint rally

Not in Our Town

The Bloomington-Normal branch of the NAACP formally inducted its new youth advisory board on Saturday at the McLean County Museum of History.

The Bloomington-Normal Branch of the NAACP has created a new advisory board of young people.

Several people from the Bloomington-Normal area are being recognized by the twin cities' NAACP branch for their community service.

The Bloomington-Normal NAACP branch extended its condolences to the family of Jelani Day during Saturday's event, as did Bloomington Mayor Mboka Mwilambwe. 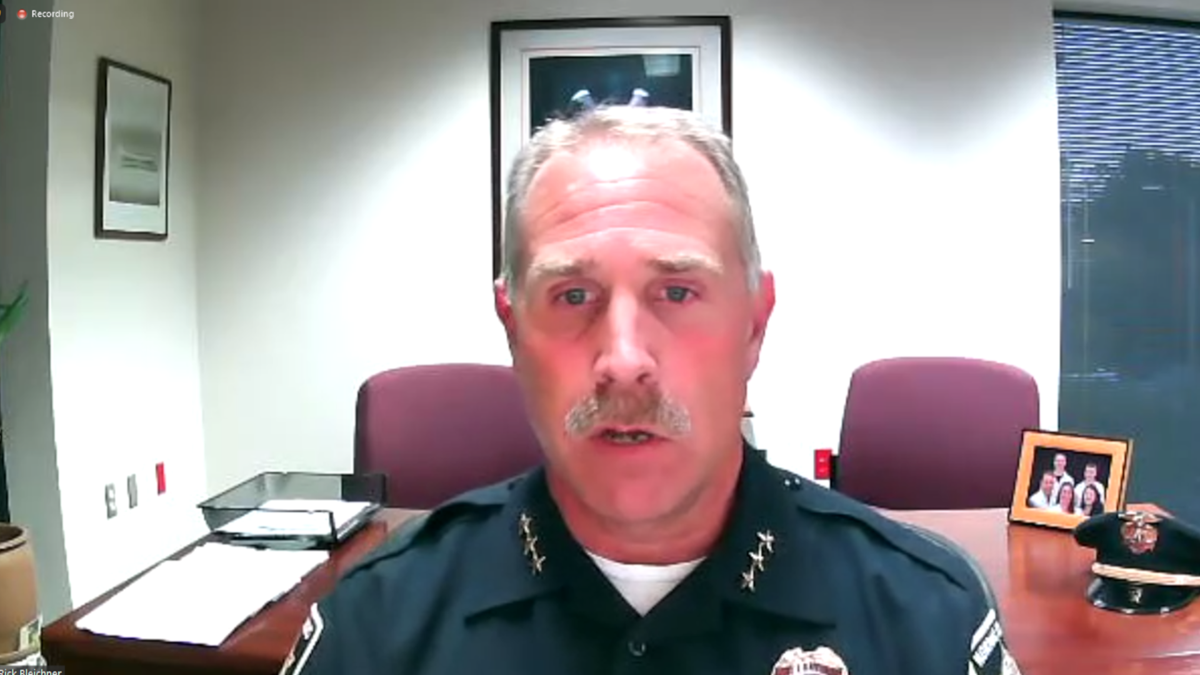 Rick Bleichner, Police Chief for the Town of Normal, speaks at a town hall meeting Thursday hosted by the Bloomington-Normal NAACP chapter, where  racial disparities in traffic stops were discussed. The chief said their officers are expected to never take action based on a person's race or protected class.