What's more, the Taylorville Republican said neither the INVEST in America Act passed by the House on July 1 — he and 200 other Republicans voted against it — nor the pending Senate proposal allocate enough funding for "traditional infrastructure."

"That was very, very partisan," Davis told reporters during a stop at the Central Illinois Regional Airport on Tuesday. "We weren't given a chance to have bipartisan input and 1 out of every 2 dollars went toward what I would consider Green New Deal priorities versus our roads and our bridges and waterways and systems."

The House measure would distribute $343 billion to roads, bridges and safety; $109 billion for transit; $95 billion for passenger and freight rail, including $32 billion in funding for Amtrak, and $168 billion in funds for wastewater and drinking programs, according to the U.S. House Transportation & Infrastructure Committee.

It would devote $4 billion for electric-vehicle charging stations, $6.2 billion to protect infrastructure from extreme weather and $8.3 billion for reducing carbon pollution.

Good morning from @FlyCIRA, where @RodneyDavis & is viewing a pair of new runway sweepers, bought with federal grant $$$. "They won't let me drive one," Davis says. pic.twitter.com/OLm8UjNfw4

Also included in the bill are 1,473 home-district projects, known as earmarks, worth a total of $5.7 billion.

They include $7 million for Bloomington's Hamilton Road East-West Connection Project and a combined $5.5 million for the Reas Bridges Replacement Project and the Brush College Road and Faries Parkway Grade Separation in Decatur.

Asked Tuesday whether the plan allocates enough funding for airports and other local infrastructure, Davis said it falls short.

"It's about priorities, and in that same plan, the administration is setting aside $50 billion to stand up a new agency within the U.S. Department of Commerce," Davis said. "That's why their plan is not an infrastructure plan, otherwise it would focus on the true infrastructure needs just like our airports, our ports of entry, our locks and dams, our roads and our bridges."

That criticism was contextualized by the reason for Davis' visit to CIRA, where he toured a pair of new $550,000-high-speed airfield brooms purchased by the airport with funds from the federal Coronavirus Aid, Relief, and Economic Security Act and the Federal Aviation Administration's Airport Improvement Program.

Built and assembled in Chilton, Wisconsin, the machines reach speeds of 40 mph and use their 18-foot brooms to clear snow from a runway in 30 minutes or less, CIRA executive director Carl Olson said.

Davis added that the administration's estimate of $42 billion in nationwide funding for airports, ports, locks and dams and waterways "is woefully underfunded."

He also said the Senate's version of the infrastructure bill won't pass as-is, and that as text is added by Democrats, support from Republicans will likely peel off.

"Much of what we would consider true infrastructure would come from that package, so what you would be left with are really some of the ideas and issues that we oppose," Davis said.

Editor's note: A previous version of this article listed an incorrect total for the Bloomington Hamilton Road East-West Connection Project. The correct figure is $7 million.

Starting this summer, travelers can fly directly from the Twin Cities to Sin City. Read the details:

Authorities on Tuesday released the name of a Bloomington man killed in a single-vehicle crash Monday night.

Watch now: What is the Afrosocialists and Socialists of Color Caucus? Bloomington-Normal group seeks to build base

The Afrosocialists and Socialists of Color Caucus made their first steps into the Bloomington-Normal community last weekend. 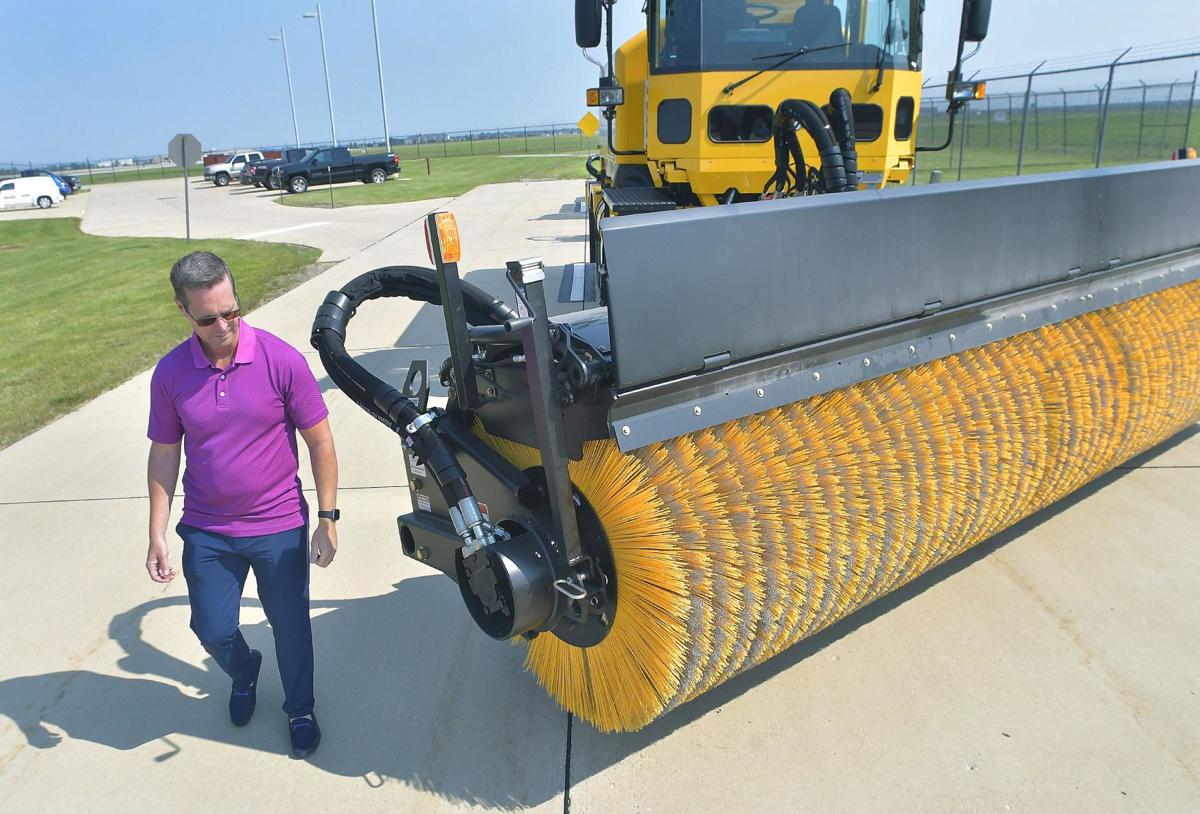 U.S. Rep. Rodney Davis, R-Taylorville, at Central Illinois Regional Airport on Tuesday looks at the sweeper of a new high-speed broom that is used to clear snow off runways. Davis stopped by the airport to discuss staffing challenges at the control tower and review recent purchases of airport equipment funded through the CARES act. 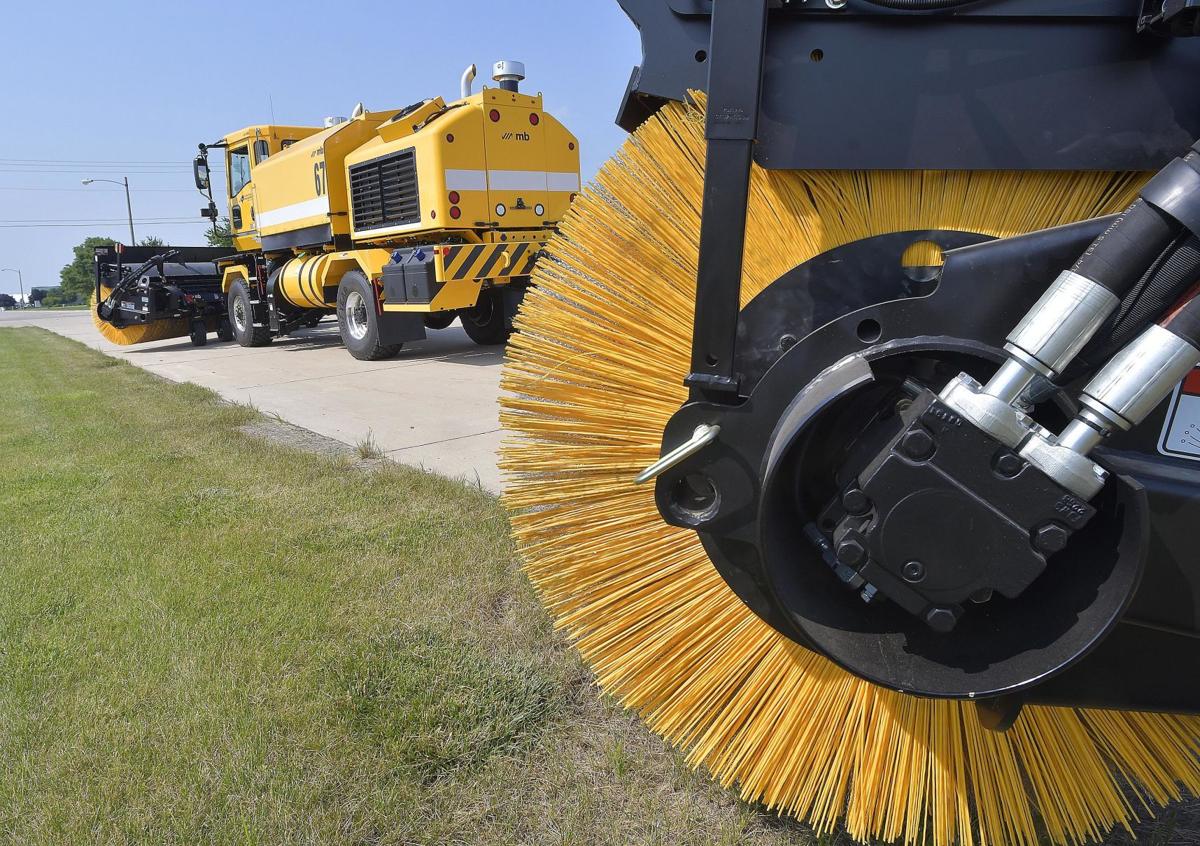 Two new high-speed brooms are among five units that are used to clear snow off runways at Central Illinois Regional Airport. The brooms are purchased through a competitive bid process at about $550,000 each. 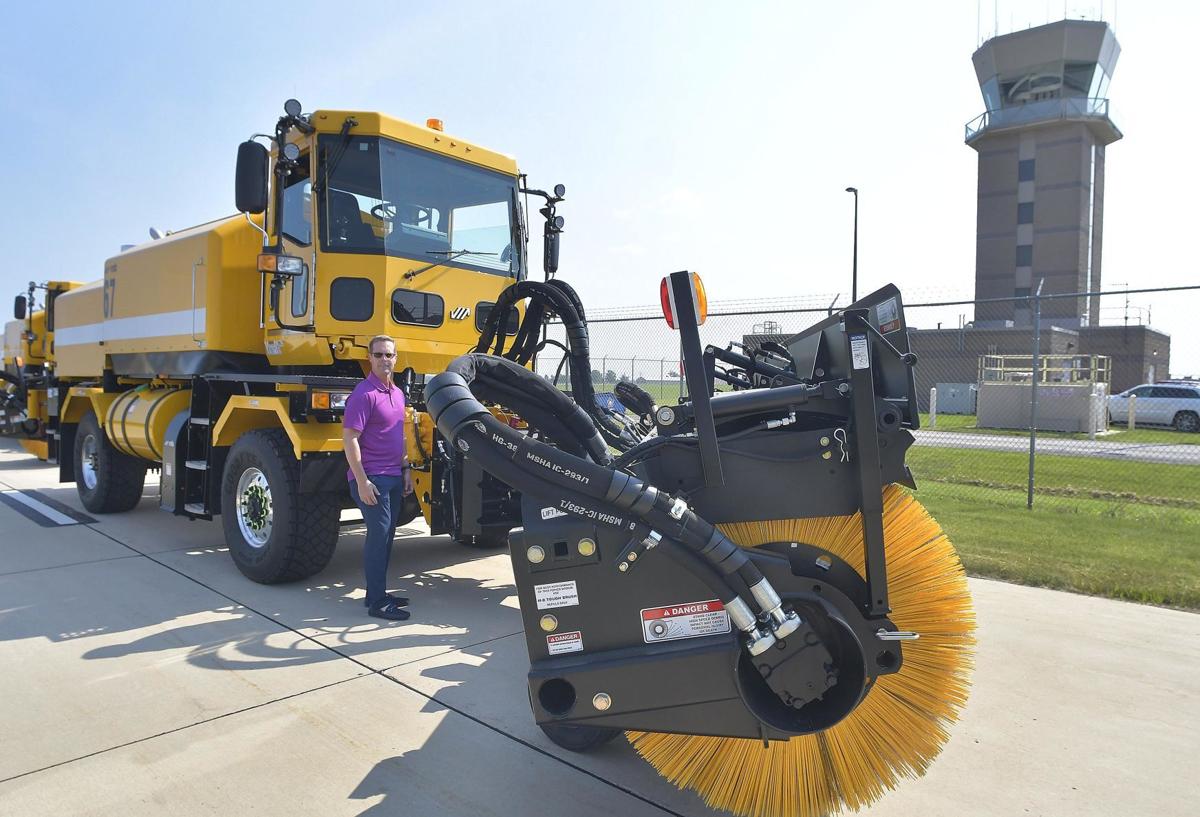