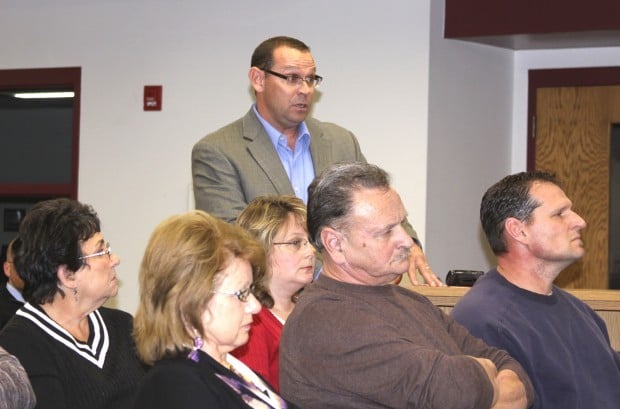 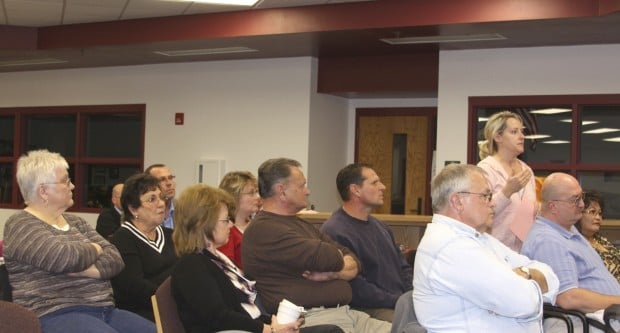 EUREKA -- A Eureka High School teacher has been suspended until Nov. 28 for showing three segments of "The Daily Show" in his government and law class and warning students against an Internet search that yields results deemed to be pornographic.

School Superintendent Randy Crump suspended first-year teacher Rhett Felix on Tuesday morning following a two-hour executive session of the Eureka-based District 140 school board Monday night. During the public portion of the meeting, parents complained about bleeped obscenities and some sexual content of the segments and about a perception that Felix appears to have a liberal political bias.

"Mr. Felix has been suspended," Crump said. "When he returns, he will be reassigned to another teaching assignment. That's all I can share at this time."

Felix, who lives in Bloomington, could not be reached for comment Tuesday. His salary of $40,189 will continue through his suspension.

He had been teaching courses in government and law, current events and American cultural studies. He also has been co-sponsor of CAPTAINS, a service organization at the school.

Felix showed segments from the Oct. 31 and Nov. 2 episodes of the Comedy Central show that uses satire to comment on current events. To view the segments Felix showed in class, use the links to the left.

Two segments involved the allegations of sexual harassment involving Republican presidential candidate Herman Cain, and a third was an interview with a former U.S. House member about giving health insurance discounts to people who exercise. The segments also included comments by host Jon Stewart about a prominent politician whose name turns up in Internet searches as an obscene term.

The board took no action on the matter after its executive session. Crump said he can suspend a teacher without a board vote, but he received consensus approval from board members.

At least two dozen residents attended the meeting, and four addressed the board during the public portion of the meeting. The discussion did not mention Felix by name board President Teri Ehrenhardt admonished people not to use names of employees.

Among them was Eureka Mayor Scott Punke, who criticized how District 140 had handled complaints received about Felix, who had not been suspended yet.

"I believe when a serious accusation or complaint has been made against any individual in the school district, that measures should have been taken to place the individual on administrative leave pending the investigation," Punke said. "That has not been done.

"The individual has been allowed to teach all last week and today even given all the complaints that you're obviously aware of. I think that doesn't put the children first."

"I didn't find any humor in what I saw," he said. "I look at what happened out at Penn State. Even though this doesn't rise to that particular level, I would ask that this board look at these allegations and respond with appropriate resolve."

Parent Bill Lorenz said Felix was wrong to mention the Internet search because warning a teenager to stay away from such a Website is likely to have the opposite effect.

Terri and Robert Punke said their son told them Felix regularly criticized conservative politicians and praised liberals, and that their son was uncomfortable with the language and sexual content in "The Daily Show."

They and their son met with Principal Rich Wherley, Felix and a union representative last week about their concerns.

EUREKA — A Eureka High School teacher who was suspended this week over TV clips he showed in class has a reputation as a skilled teacher, but …