NORMAL — The new Illinois State University Multicultural Center held a soft opening for students at the start of the school year, but will officially open to the wider community with a ribbon cutting on Friday. The center brings together a wide array of resources focused on students from historically marginalized backgrounds.

The center's staff have already been busy this year. They organized a processing space for students the day after it was confirmed that graduate student Jelani Day had been found dead, and then led planning for a memorial service for Day held last week in Redbird Arena.

Students have been involved in the Multicultural Center since planning for it started in early 2020, said Director Christa Platt. Four student organizations were heavily involved in the design process and now have offices in the building.

“They had lots to say; they were very excited about this being theirs,” Platt said.

The Black Student Union, Asian Pacific American Coalition, Association of Latinx American Students and Pride each contributed a specific idea. The BSU requested a multicultural therapist, an idea that grew out of student protests against racism in 2019. APAC wanted a media and podcast room, which Platt hopes to open by the end of the spring semester. ALAS requested a “green room” with plants and other things to help them relax. Pride asked to move the Gender Affirmation Station to the new building.

The student groups are an important part of making ISU students from diverse backgrounds feel welcome and at home at the university, Platt said.

“They serve the campus; I would say they’re partners in retention,” she said.

The Gender Affirmation Station provides gender-affirming clothing for transgender and nonbinary students. It can also provide clothing for any student who needs some, Platt said.

Another room in the center has been set up as the Alma V. Samuels Family Room. The space provides privacy for breastfeeding, and also has multicultural children’s books and other amenities parents might need, like a changing table.

Almost all of the furniture in the public areas of the center is on wheels. That was another idea from the students, Platt said.

“They were looking for accessibility and flexibility,” she said.

One room with a lot of flexibility is the reflection/prayer room, which was left relatively bare on purpose, Platt said. That way student groups can adapt it as needed. One thing it does feature is a curtain to divide the space in half if needed. There are also two showers in the room, allowing for traditions with ritual washing practices. That was something missing from the previous prayer room on campus, Platt said.

The center also houses meeting rooms, study and social areas, staff offices and the Drs. Charles and Jeannne Morris Library, which is stocked with books about social justice, anti-racism and identity. Students can read the books at the center or check them out to take home, Platt said.

Some of the staff offices are reserved for graduate workers. Each student organization with an office in the building also has a graduate worker who helps them with things like contracting with vendors, Platt said.

Nishly Lopez works with ALAS. She helps with things like planning events, she said, and tries to help the students navigate life at ISU.

“They say I’m like the big sister/the mom,” she said.

The building recorded 1,400 entry swipes from keycards in September, Platt said. Throughout the month, 31 student organizations used the space, including for organizational meetings and full-scale events.

A ribbon cutting will take place at 2 p.m. Friday at the center, which is at 301 S. Main St. in Normal, in the former Instructional Technology and Development Center.

What OSF Cancer Center adds to health care options in the area, officials said during a media tour Wednesday, is another chance to get treatment — quickly after a diagnosis — from a team based in the same space, working together for the same goals.

The Illinois State University Board of Trustees approved $24.4 million in renovations and improvements around campus during its October board meeting on Friday. It also approved a $558 million balanced budget for the 2022 fiscal year. 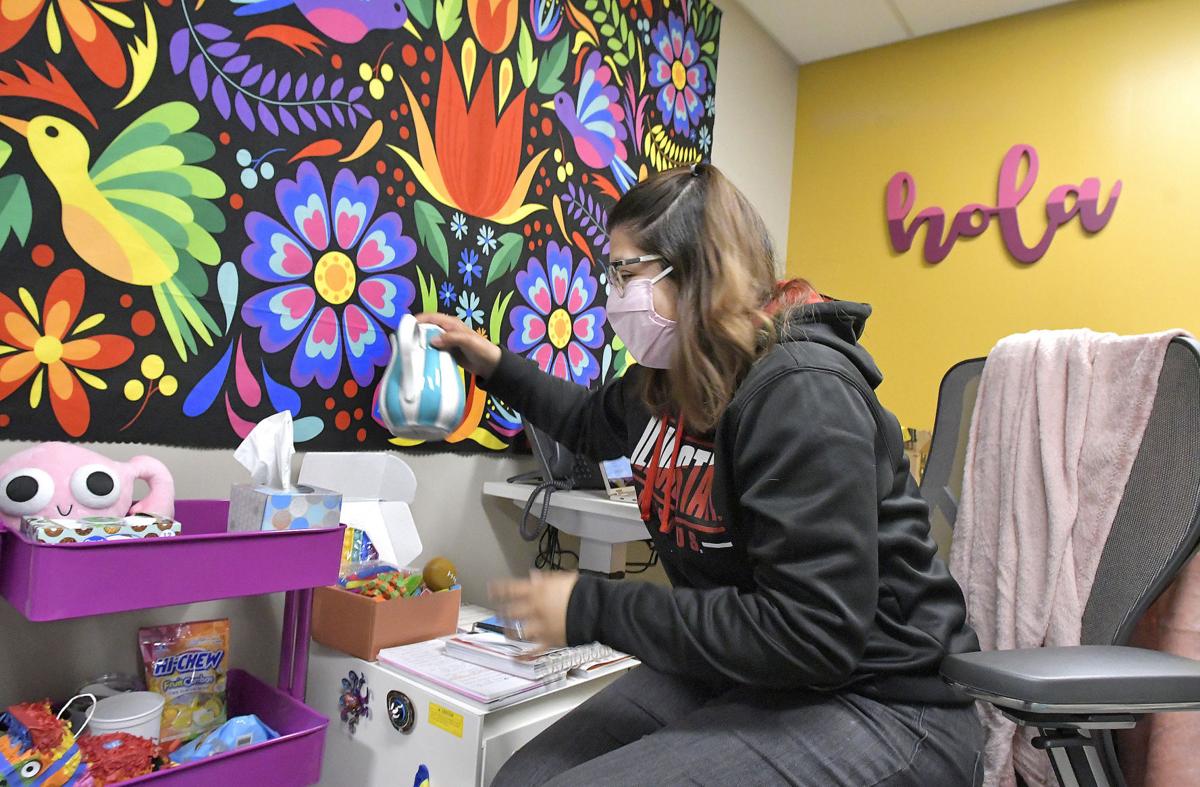 Nishly Lopez, graduate student for the Association of Latinx American Students, checks a pitcher of treats in her office in Illinois State University's new Multicultural Center on Tuesday. Lopez helps coordinate events for the school's Latinx students. A ribbon cutting for the center, at 301 S. Main St. in Normal, is this Friday at 2 p.m. 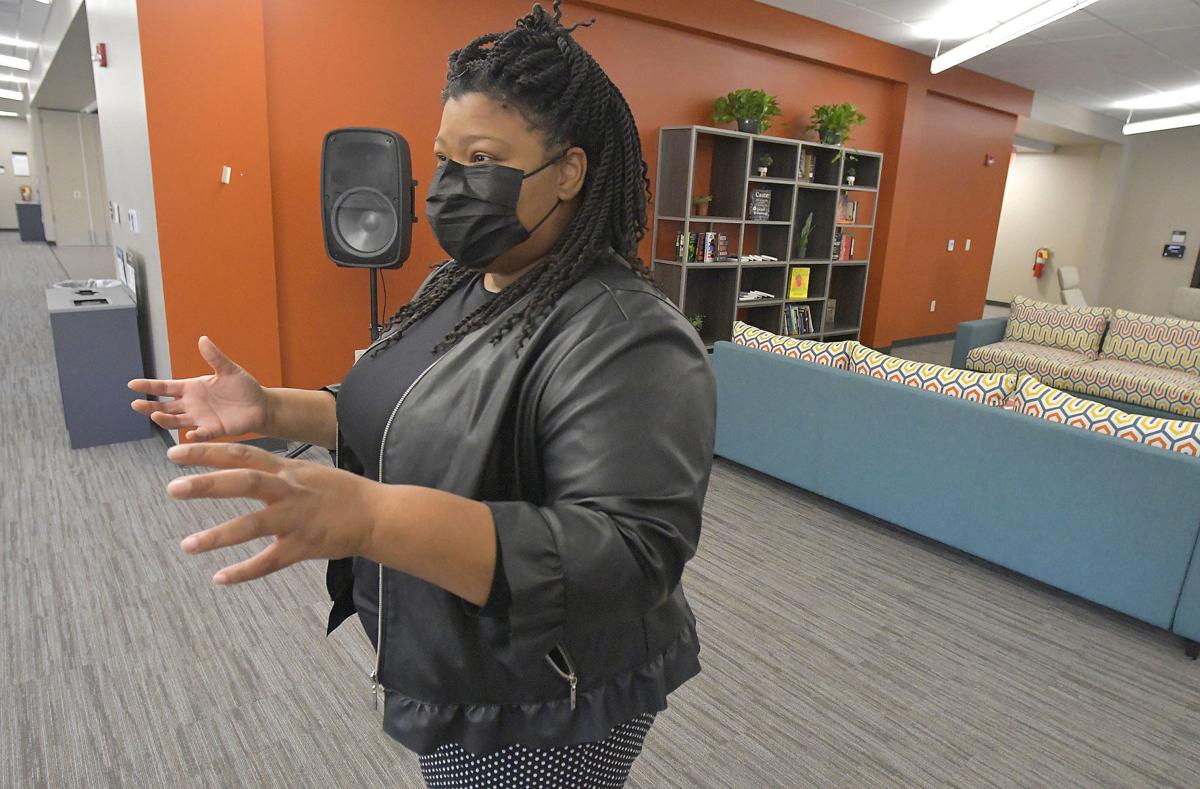 Christa Platt, professor and director of Illinois State University's new Multicultural Center, shows off the center's library on Tuesday. The library contains a variety of books and periodicals designed to help the school's diverse population with research and empowerment. 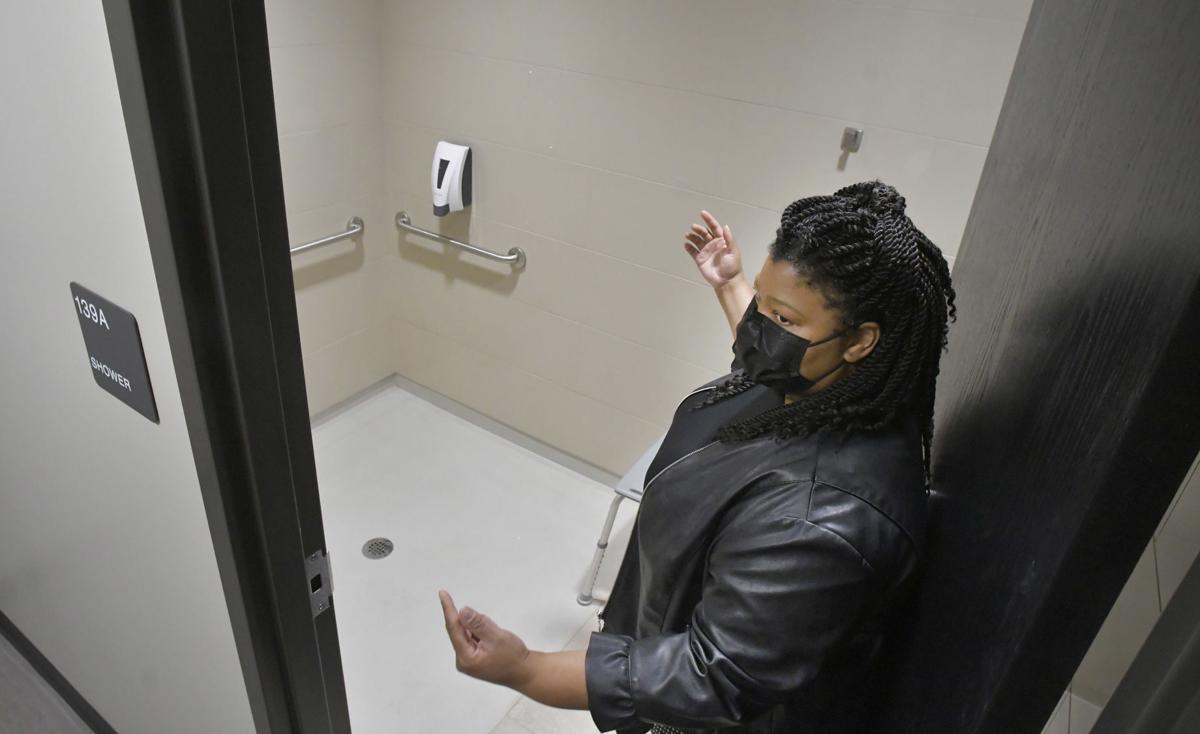 Christa Platt, professor and director of Illinois State University's new Multicultural Center, looks over a foot-bathing area that was installed next to a prayer and meditation room on Tuesday. Faithful Muslims traditionally wash their feet before entering a mosque or other area specially set aside for daily prayer. 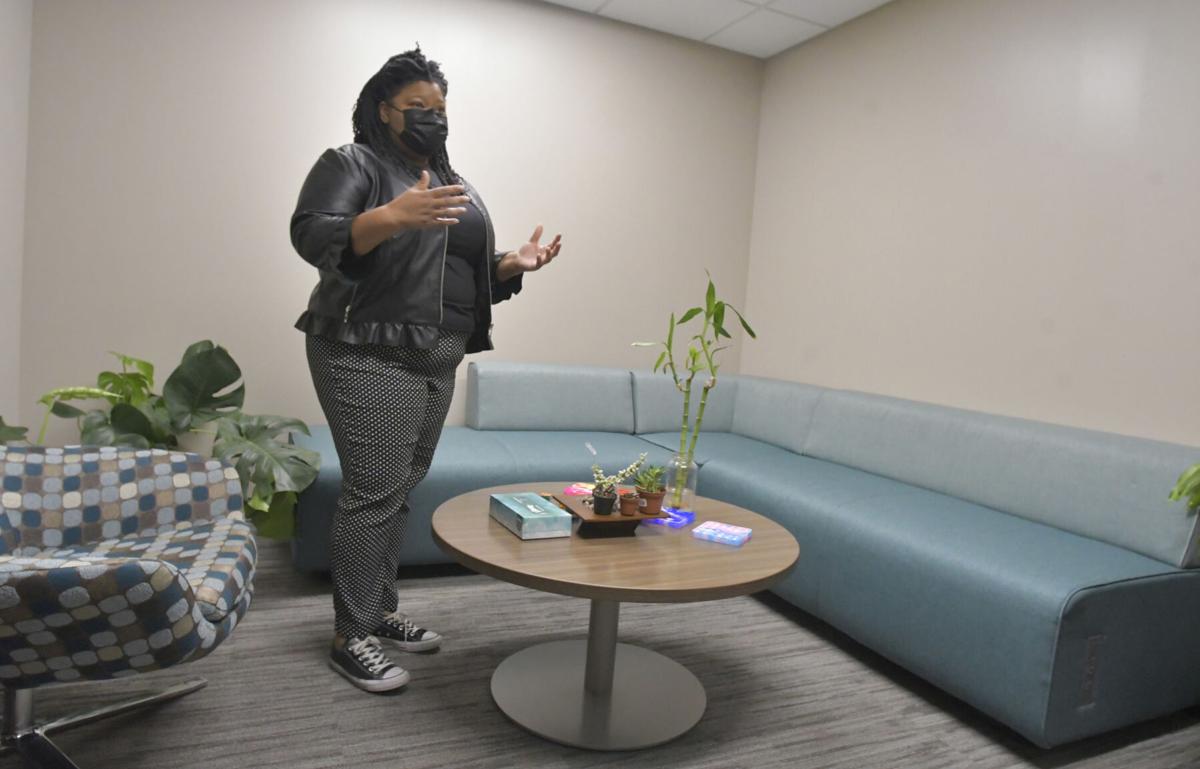 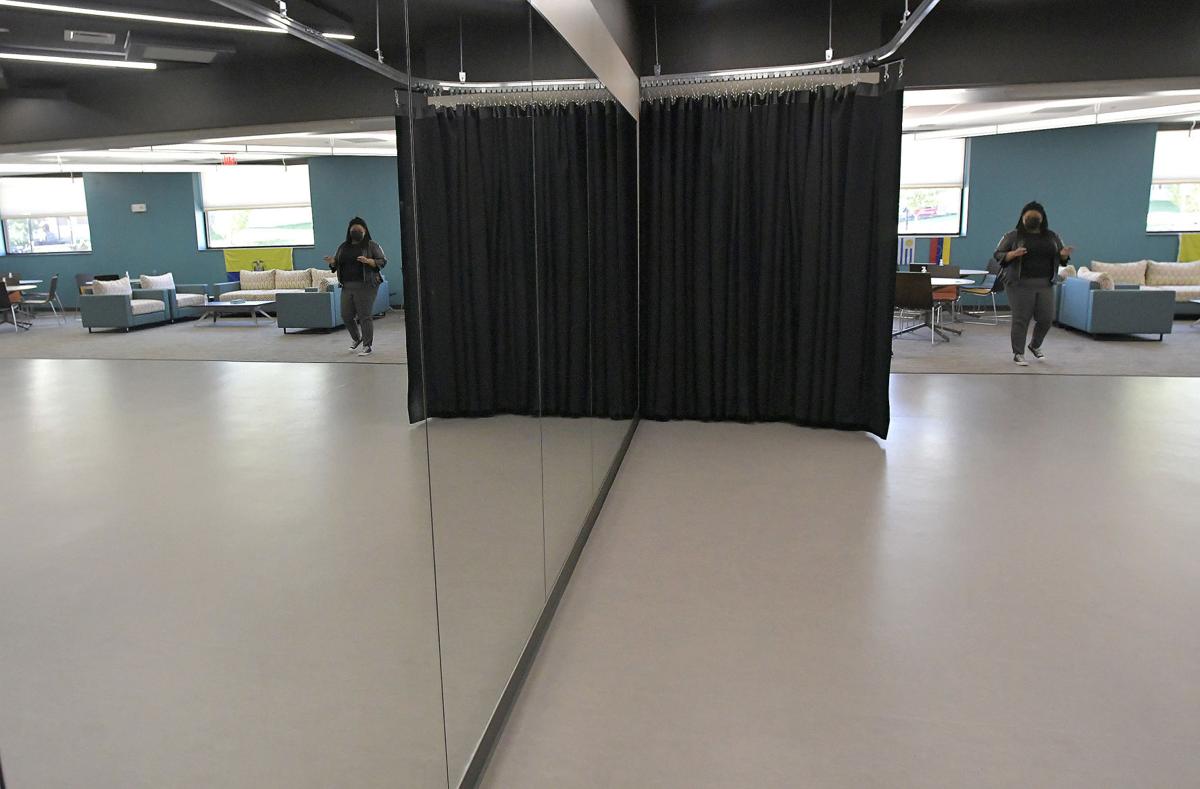