BLOOMINGTON — The words “Never Forget'' superimposed across the silhouette of the Twin Towers blanket social media feeds each year as Americans look back on the attacks of 9/11.

But in classrooms, teachers can’t exchange “where were you” stories with their students anymore because in the 20 years that have passed, a new generation is learning that date and its tragedies from a textbook.

“It blows my mind every year because they don’t know anything about it, and it’s hard to teach it because it’s still so modern,” said Ryan Lawler, a social studies teacher at Heyworth High School.

Lawler was a third-grader when al-Qaeda coordinated four deadly attacks on American soil, but he still remembers that day, being sent home early from school and watching the news.

Now approaching the 20th anniversary, Lawler said like many U.S. history teachers, he broaches the subject by sharing his own memories and then allows students to carry the discussion in whichever direction most interests them. But he also hopes their parents take time to tell their stories.

Meredith Bertsche, a sophomore at Normal West High School, said her parents were living in New York in September 2001, and “they were in the World Trade Center the day before, so luckily they weren't there the day of.”

Zach Rumps, another West sophomore, said his parents knew people who were inside the towers when they fell; West junior Ethan Swanlund’s dad was already in the military on 9/11 and his service is part of the reason Swanlund plans to enlist as well.

As teenagers, all they’ve known is their country at war.

“Obviously we really haven’t known anything different, so when people are like talking about this stuff, personally I think it’s just the normal,” said Raeghan Morefield, a senior at Heyworth.

“Our military presence has been all over the world ever since I’ve been alive,” he said.

In McLean County classrooms, the day is marked with videos and discussions of the attacks and the aftermath.

Tracy Freeman, chair of the social studies department at Normal West, said her students see footage of the towers falling, hear audio of plane passengers’ last words and discuss the initial reactions and early reporting that turned out to be false.

Bailey Rudge, a junior at West, said the videos are hard to watch and can take an emotional toll.

“It was so vivid that it’s like you are there just from your eyes,” she said. “After watching them and learning about it, I feel like now, not that I have a personal connection, but I empathize with them.”

“You could just see and you could hear in their voices the panic and everything,” he said.

Sondra Finley, an American history teacher at Bloomington High School, said she shows her students those images as well, and they’re the most powerful way “to really make those connections for the students.”

Every Friday, her classes break from history to discuss current events, and the Friday closest to 9/11 is always when they discuss the attacks.

“These students, they want to know how history has affected us and how it relates to what’s happening today,” she said.

Teachers’ approach to 9/11 is tied mostly to the time period in which their classes begin. In Heyworth, Lawler begins in the mid-1800s and he’s never made it to the 21st century.

Instead, Lawler’s class usually gets to the 1970s and spends more time throughout the year in eras he believes need more depth.

“I think I just have to make the decision — at what point do I need to start with World War II? But it’s hard to say we’ll start in the ’40s and not touch anything with slavery when we know our world and our society is still grappling with the lingering effects of slavery and reconstruction,” he said.

In McLean County Unit 5, Freeman said seventh and eighth grade social studies should bring students up to World War II, which is where high school U.S. history picks up, but teachers retain some flexibility.

Another West teacher, Tony Berardi, said they return to important events, people and movements “that put into context the things you're teaching about. Like Rosa Parks didn’t just happen to not want to give up her seat on the bus, but it was a culmination of all sorts of things.”

Since they start in the 1940s, the last six weeks of the school year can be spent on contemporary issues that may include the Gulf War, 9/11 and the War on Terror.

Finley said the BHS curriculum starts at the turn of the 20th century and usually only makes it to the 1980s, but she always covers 9/11 in some way. During current events discussions, they talk about how 9/11 affects international and domestic policy today, as well as anti-Arab racism and Islamophobia that rose in the wake of the attacks.

Lawler also noted that in his civics class, they discuss racial stereotyping as it relates to 9/11 and issues of civil liberties and the balance of security and freedom.

Freeman asked her students what their Pearl Harbor would be, what’s their 9/11 — “what event would be something that unites your generation?”

The high schoolers considered the Boston Marathon bombing and the civil unrest that rose in the summer of 2020, but the overwhelming consensus was the COVID-19 pandemic and last year’s lockdown.

“But the only thing is it wasn’t like one quick event or one really bad event. It was over a long period of time,” Rumps said, though he and the other students noted the impact still could be comparable.

As time moves on, the teachers said they may have to adjust the timeline of their curricula, as they're “always looking to improve upon what we do for our kids,” Finley said.

But they won’t let the significance of 9/11 fade.

Sept. 11: What it was like inside The Pantagraph newsroom

Pantagraph staffers on Sept. 11, 2001, mobilized to capture and attempt to convey the attacks and their ripple effects on Central Illinois community members.

Matthew Lloyd knew what he was seeing as he walked with a stranger across a Virginia car dealership parking lot on Sept. 11, 2001.

After a year off because of COVID mitigations, Bloomington-Normal high schools are getting back to many of the traditional events they look forward to every year, but also adding in a few twists.

A decade of underfunding from the state made more impact on McLean County Unit 5 finances than the coronavirus pandemic, district officials said Wednesday.

Watch now: Some facts about that Heartland wind tower 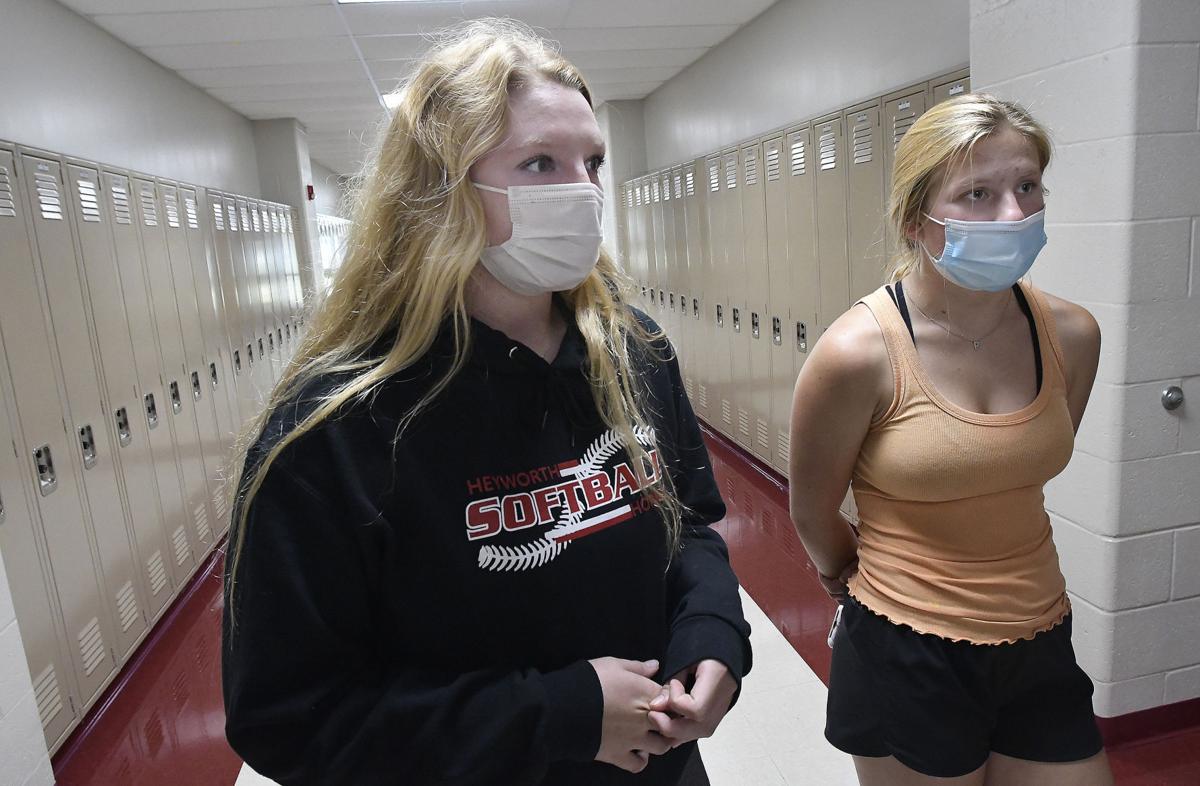 Heyworth High School seniors Raeghan Morefield, 17, left, and Paige Ruppert, 17, talk about 9/11. Teachers are educating a new generation of students born long after the terrorist events of that day. 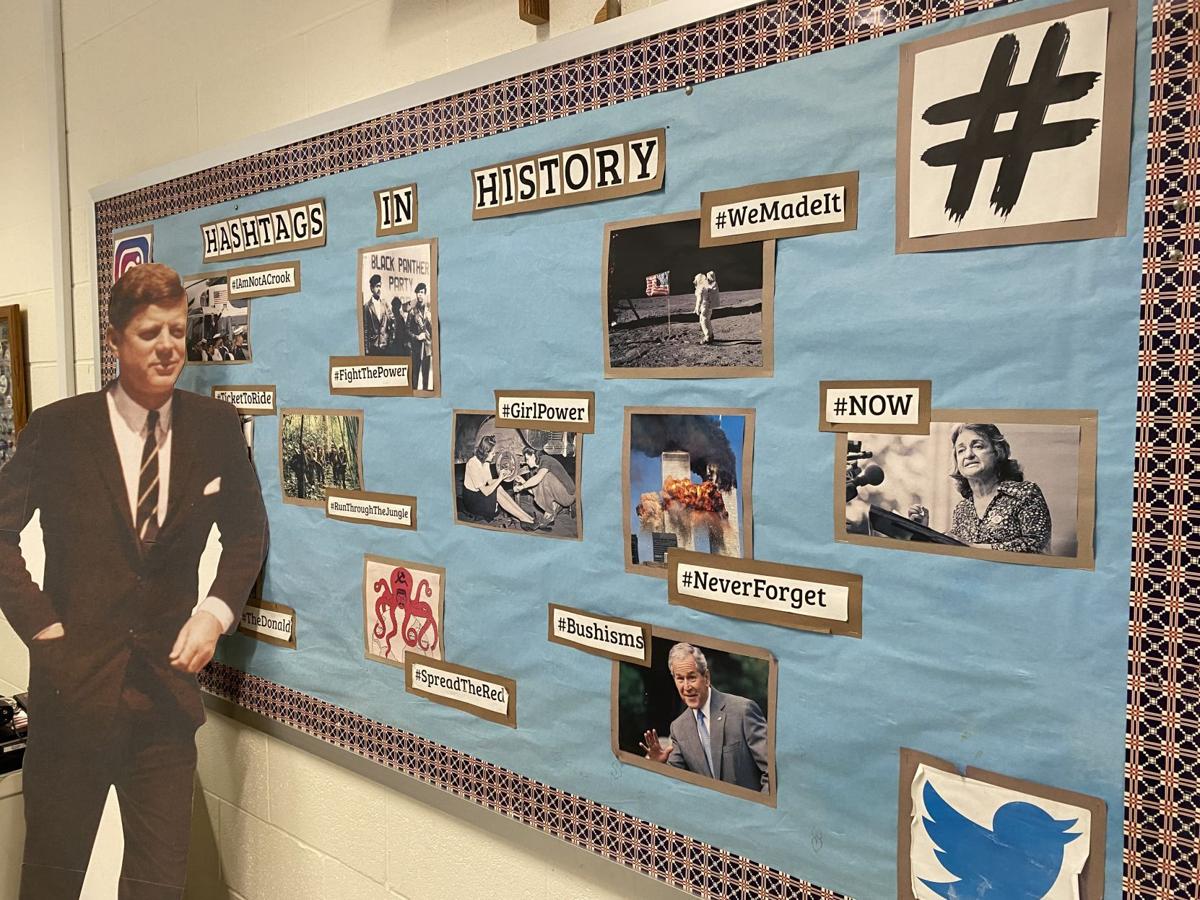 In Tony Berardi's classroom at Normal West High School, the words "Never Forget" are displayed to mark the attacks of 9/11 among a series of hashtagged phrases from history. 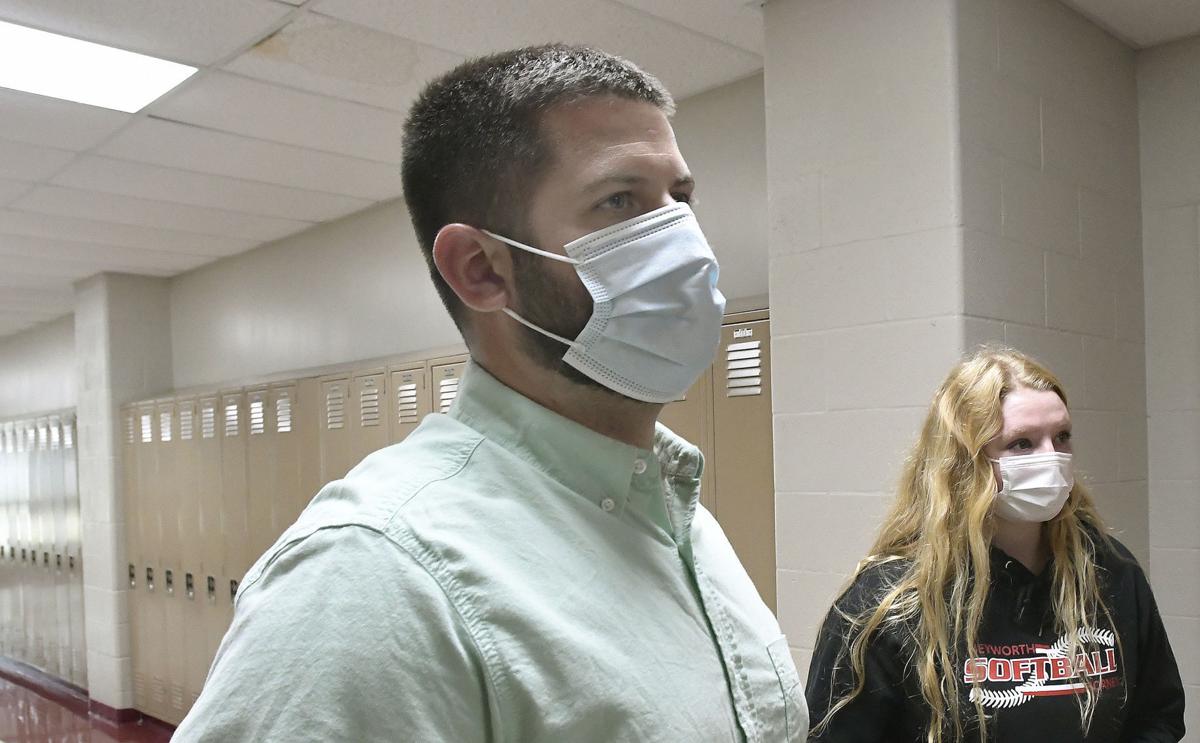