NORMAL — Last year was supposed to be Sophie Remmert’s final performance in the Gamma Phi Circus at Illinois State University. But she is back, along with a troupe of about 90 performers, to put on a show that will be available as a streaming event.

“It came so abruptly,” Remmert said of last year’s cancellation because of the COVID-19 pandemic. The cancellation was devastating, she said.

Remmert, who is from Monticello, graduated in December with a double major in music education and vocal performance. But she is taking one class this semester to continue with the circus, for which she is serving as president this year.

“We’re so fortunate to be here when so many other performers are totally shut down,” said Remmert.

Circus director Marcus Alouan said, “This will be our first-ever virtual show.”

Although they will miss performing in front of a live audience, the virtual show does have some advantages.

Tickets already have been sold to people in about 26 states as well as abroad.

“We’re excited to reach a much wider audience,” said Alouan.

Safety has always been an important part of the circus — one of only two college circuses in the country. But now the safety measures include COVID-19 protocols: temperature checks upon entering the gym, frequent use of hand sanitizer, extra cleaning of equipment and wearing masks.

“Our equipment is definitely the cleanest it’s ever been in 92 years,” said Alouan.

The circus had to adapt some of its tricks and build new equipment to meet social distancing requirements.

“Before COVID, it was all about doing the biggest trick that we could do. We didn’t have any qualms about standing on each other’s shoulders,” said Kaytlin Halperin of Bloomington, a senior in early childhood education.

The goal this year was to design tricks that were “just as impressive but didn’t require close contact,” she said.

Some, like riding unicycles in unison, are much harder without holding hands, even though the difficulty might not be obvious to the audience, explained Halperin, who is unicycle captain and also performs jumps, high wire and a new act, the bamboo pole.

Alouan said, “Only very recently we received approval to do what sports teams have been doing” in terms of physical contact.

In some earlier practices, ladders were used instead of performers standing on each other’s shoulders.

In one new act, called the bamboo pole, in which two performers are on a pole that reaches about 20 feet into the air, instead of one performer holding the hands of the other, they are using a trapeze.

This year’s theme is “The World of Music,” with each act using a different music genre.

Watch now: Here's how many have applied to become the next president of Illinois State University

Halperin first got involved in the circus through its summer camps for youth.

“I just fell in love with it. From the day I walked into the gym, I knew I wanted to go to ISU and be in circus,” she said.

Unfortunately, for the second summer in a row, there will be no summer circus camps.

Alouan’s disappointed by that, but glad they were able to do the college circus this year.

“I don’t think I could have told them we couldn’t do it for a second year,” he said. “It would have broken me.”

Because they can’t have the whole troupe in the room at the same time, the show is being recorded over the course of the next week.

“Currently everyone is in a bubble” to make sure they don’t get sick at this crucial time, said Alouan.

“We ask a lot of our students, and they give their all without any expectation in return,” he said. "They have just continued to amaze me. They’ve taken everything in stride.”

How to get tickets

Purchase tickets to watch the 7 p.m. May 1 or 4 p.m. May 2 show at gammaphicircus.ilstu.edu

The strike authorization vote taking place this week among members of the Graduate Workers Union at Illinois State University does not mean a strike is imminent.

DIETZ: A time to arise and thrive at Illinois State University

We have all spent the last year coming to grips with sadness and loss, fear and anxiety, and a complete disruption of every routine during the…

'Hidden Figures' author to speak at Illinois State University on role of women in science, technology

Margot Lee Shetterly sees "echoes of the past in the present." She is gratified to see these women receiving he attention they deserve.

It may be homecoming weekend for Illinois State University, but to some uptown business owners, the spirit and general excitement associated with it are missing — along with the usual economic boost.

"I expect the continuation of the perspective I represent to be marginalized, under-informed, and discouraged,” said Councilman Stan Nord, who has clashed with town council members and officials. 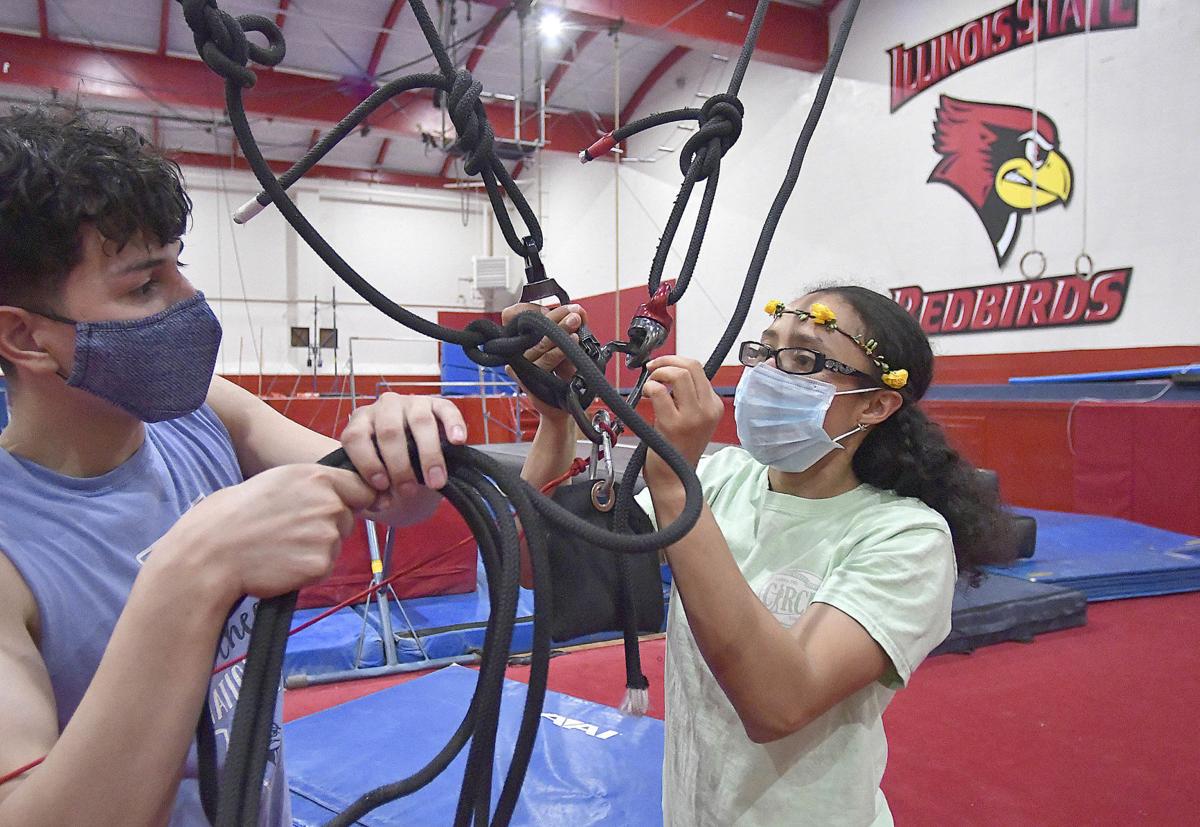 Gamma Phi Circus members Kaytlin Halperin, right, Bloomington, and Ivan Reyes, Aurora, set up the rigging for an aerial act that will be broadcast around the world as they rehearse in Horton Field House at Illinois State University on Wednesday. 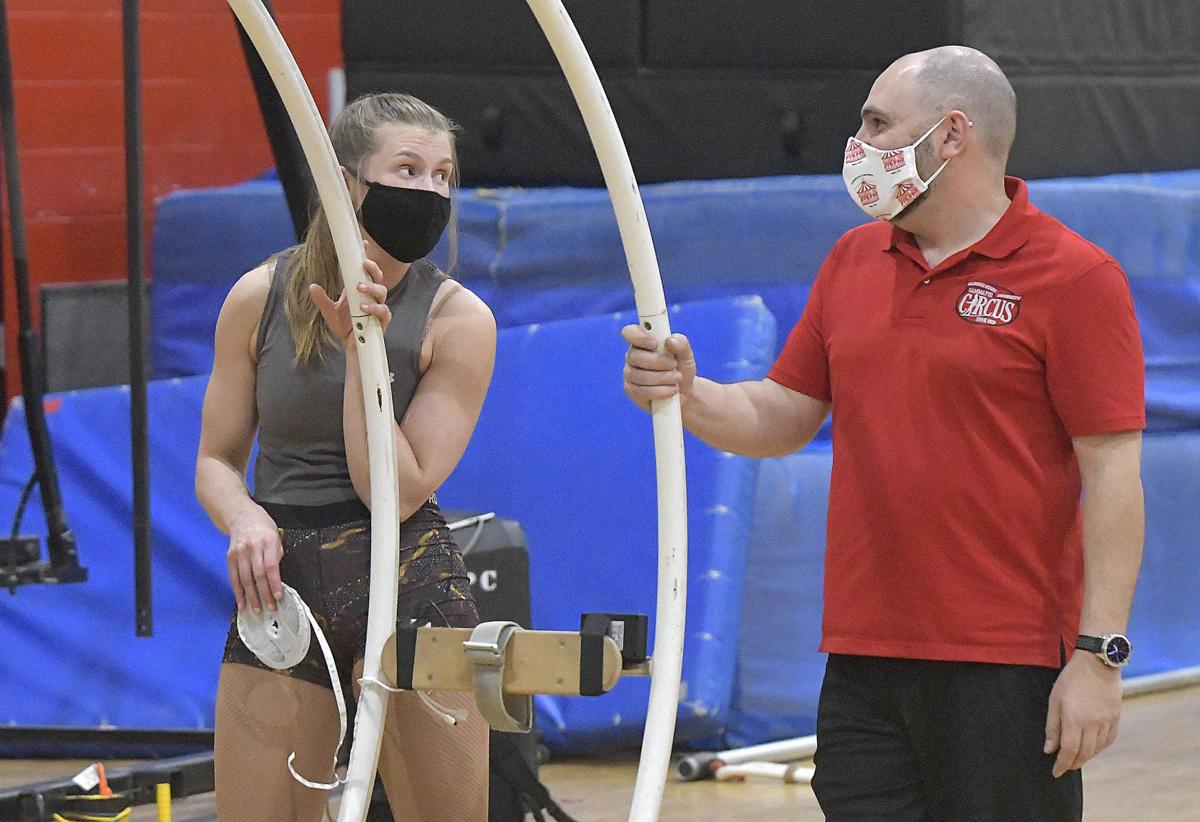 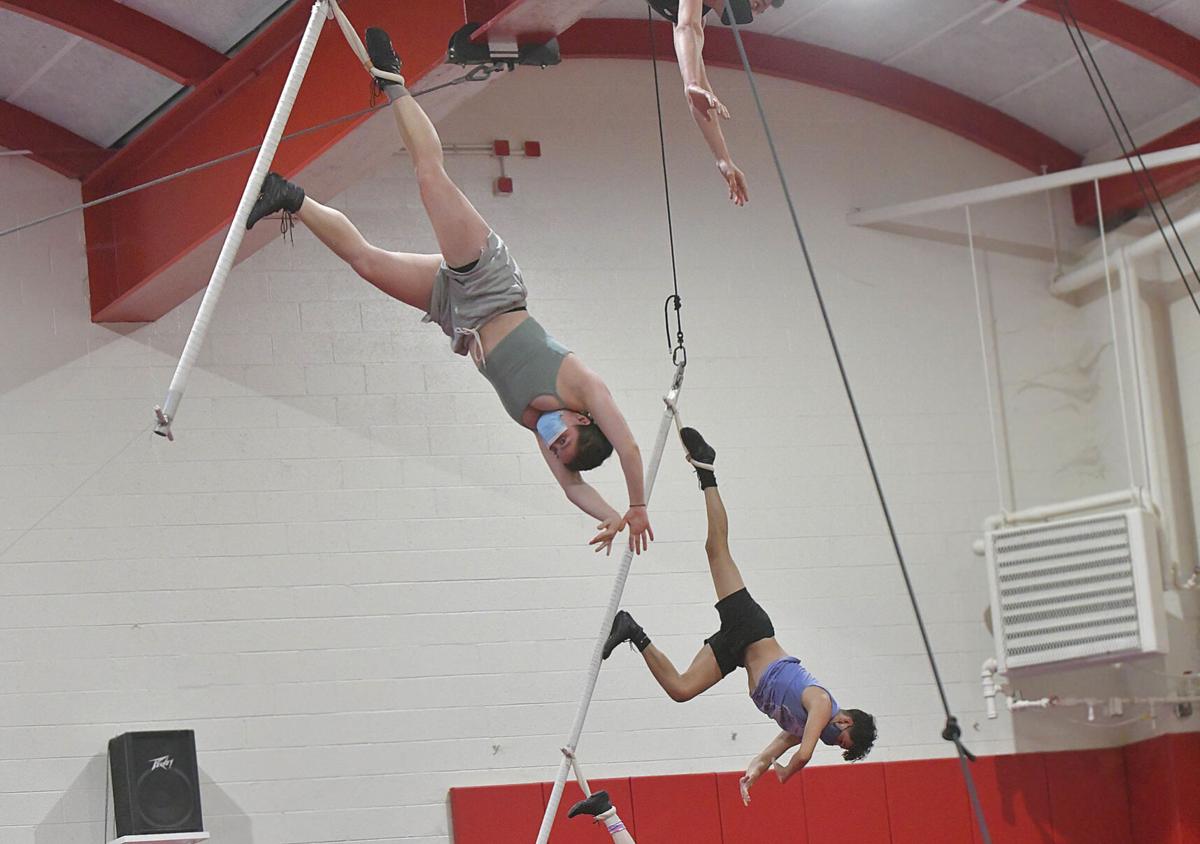 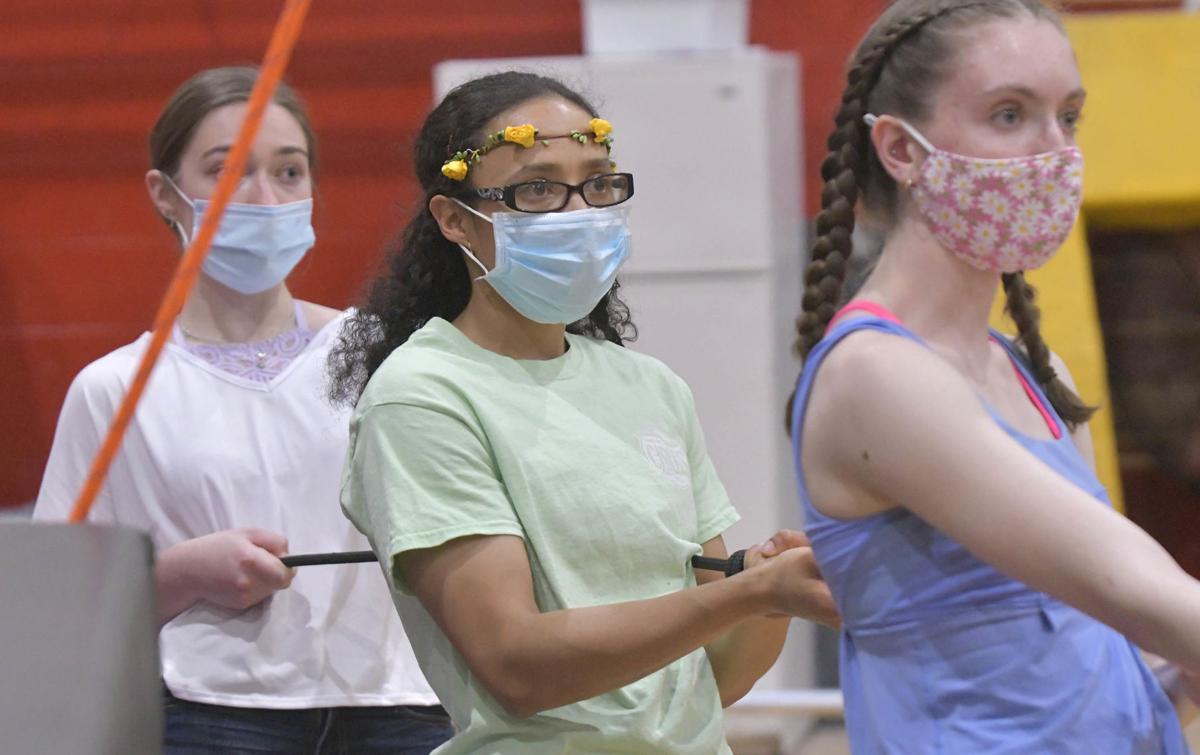 Gamma Phi Circus member Kaytlin Halperin, center, Bloomington, tightens a wire for an aerial act that will be broadcast around the world as they rehearse in Horton Field House at Illinois State University on Wednesday. 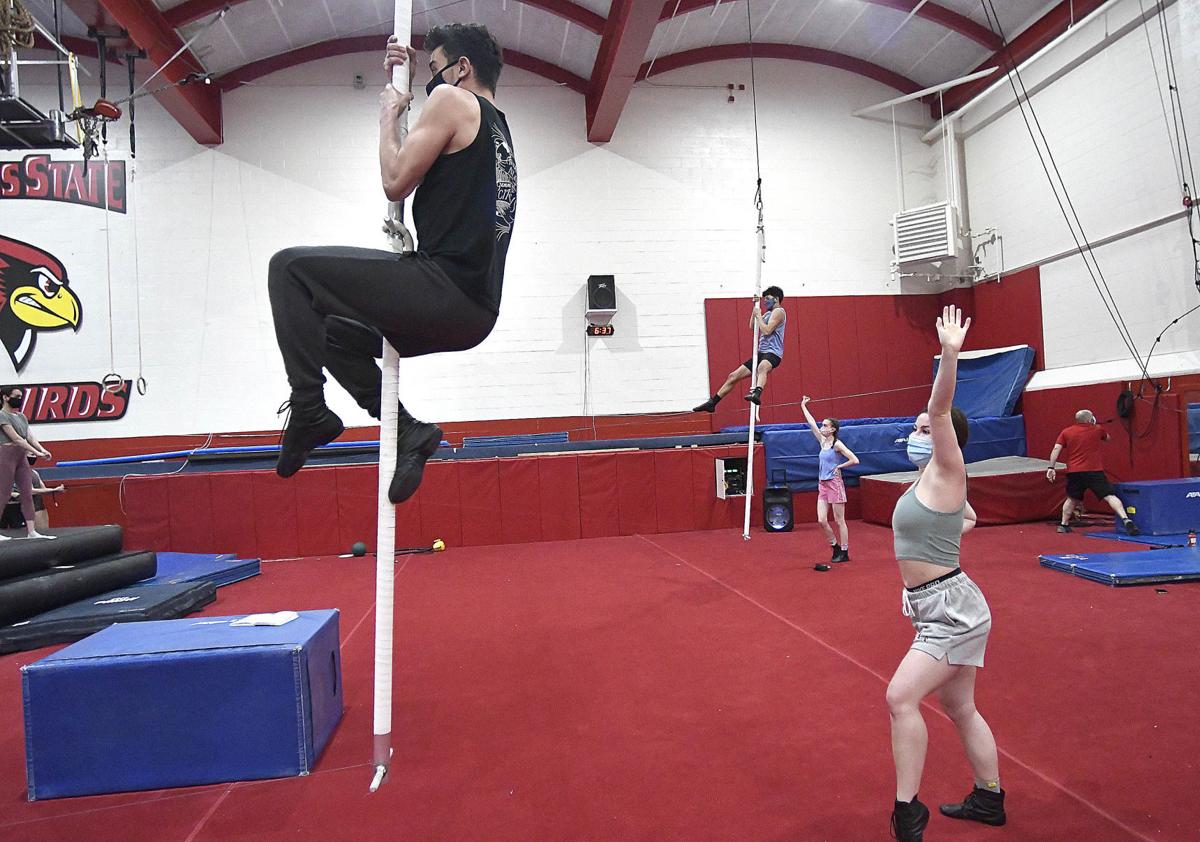 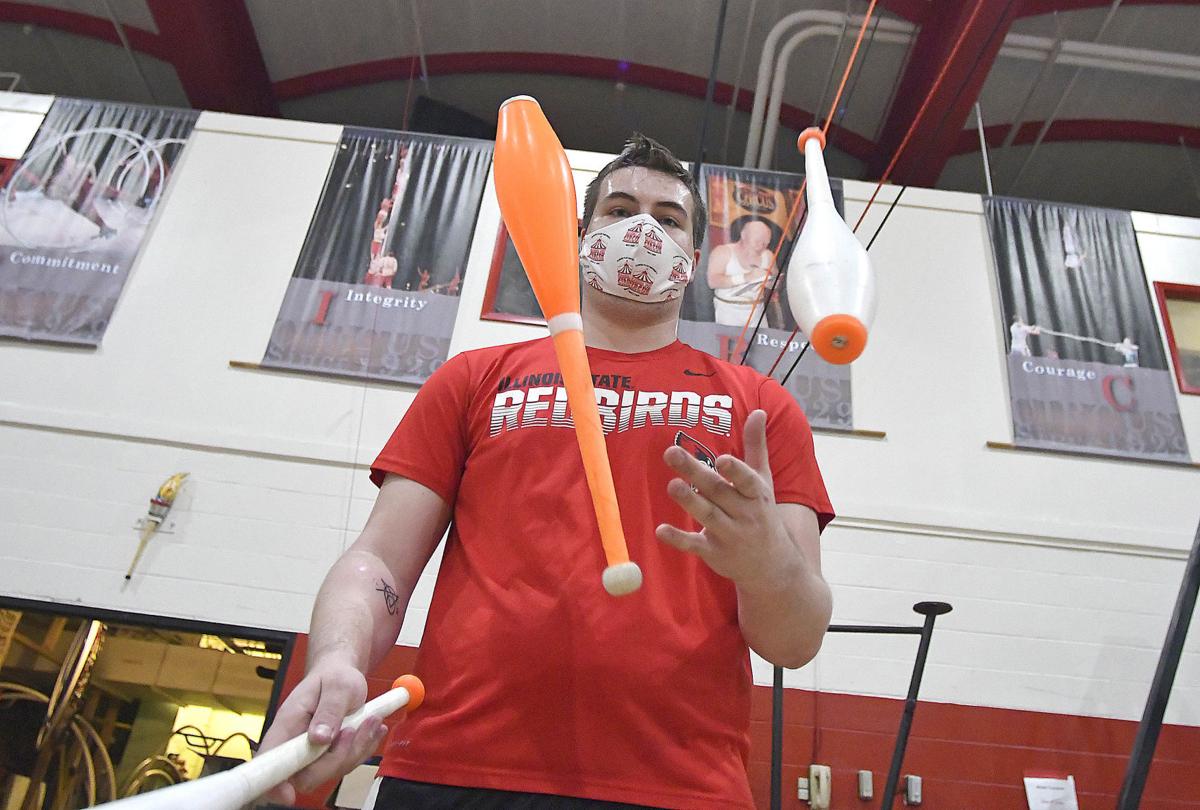 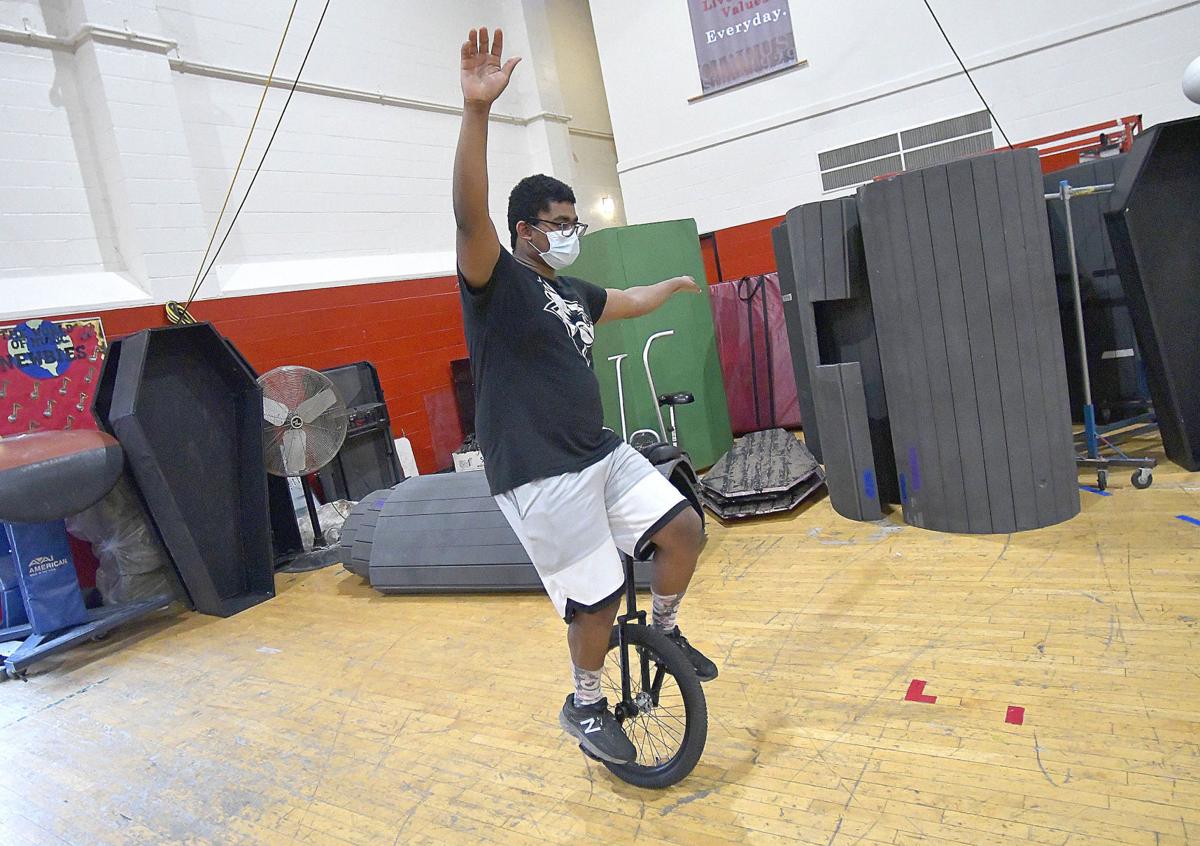 A Gamma Phi Circus member worked on his unicycle skills during a rehearsal in Horton Field House at Illinois State University on Wednesday. 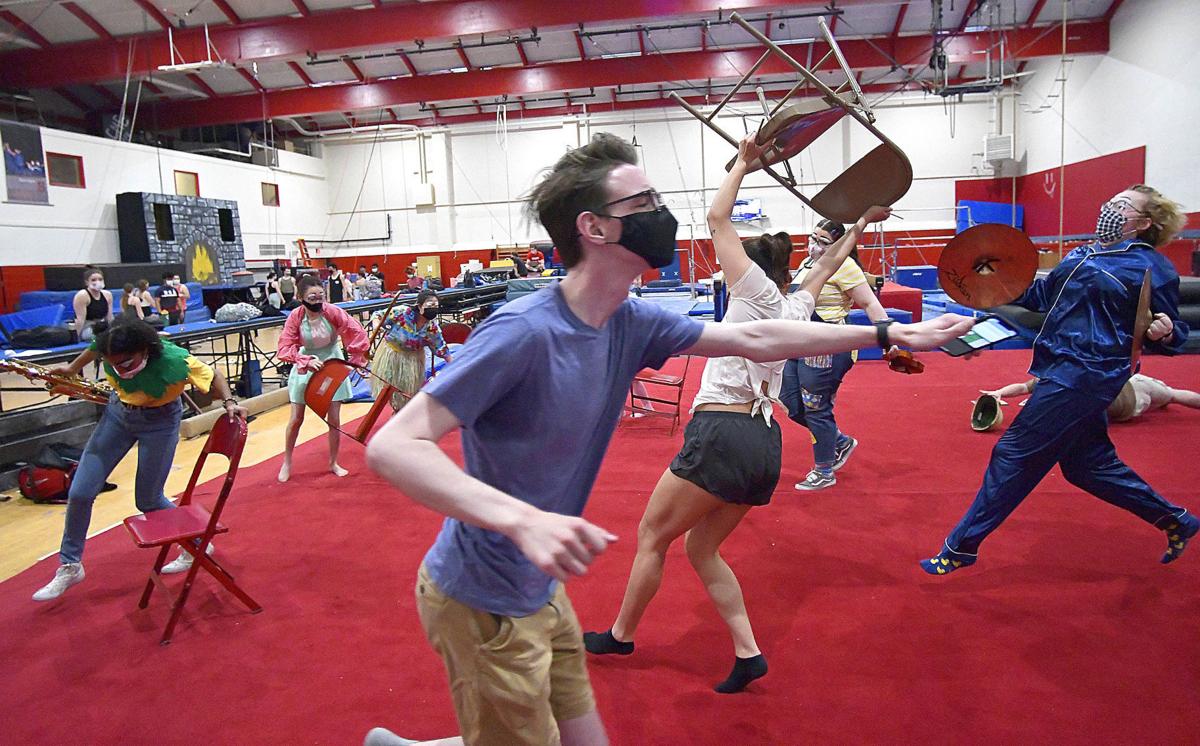 A highly choreographed clown act by Gamma Phi Circus members will be one of the featured performances in this year's broadcast from Illinois State University.