BLOOMINGTON — Davion Lemon has attended schools with a primarily white student body for her entire education, from elementary school in New Orleans to Illinois Wesleyan University, where she is a freshman.

Lemon, who identifies as Black, said she initially wanted to enroll at a historically Black college or university.

“I wanted a change of scenery, but it just wasn’t in the cards for me,” Lemon said.

Instead, she found herself coming to Wesleyan as a member of the most diverse freshman class in the school’s history. In fall 2021, IWU brought in 163 students of color, with 153 of those being first-year students. That represents over 35% of the entire freshman class.

More than a third of the total Black enrollment and Hispanic enrollment at the school entered as freshmen last fall.

A look at longer-term data shows an even greater trend: In fall 2015, just 23% of ISU students were Hispanic or non-white.

Wesleyan's increasing student diversity is likely to be a trend, said Greg King, dean of admissions there.

“We learned from the 2020 Census that the nation is diversifying (rapidly),” King said.

In 2019, using data from 2018, the National Center for Education Statistics, part of the U.S. Department of Education, estimated that public K-12 schools were majority minority, with around 49% of students being non-Hispanic white children.

Nationwide, the 2020 Census showed increasing diversity, with those younger than 18 being significantly more diverse than adults. The non-Hispanic white population of children was at 53% in 2020, down from 65.3% in the 2010 Census. The percentage of Black children also declined, while much of the growth came from the "Some Other" race category, multiracial children and Hispanic children.

Data analyzed by the Illinois Board of Higher Education shows stark racial, ethnic and socioeconomic differences, with Black and Latino residents being significantly more likely to not have any college education. Even within declining overall enrollment, Black enrollment has declined at a faster rate. 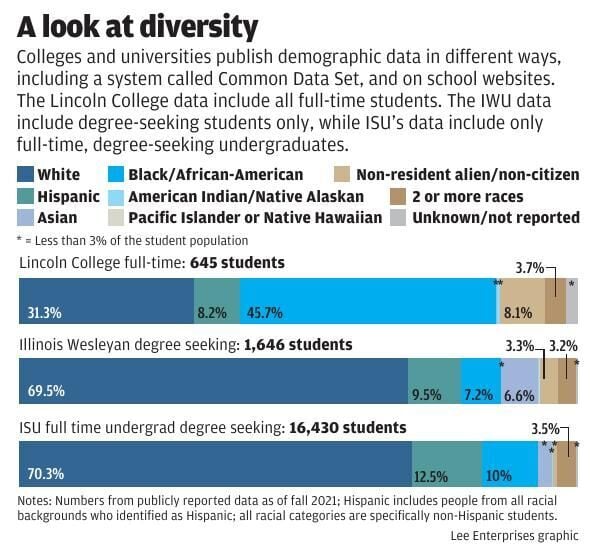 Many area colleges and universities are bucking the trend by seeing increasingly diverse student bodies, but Lincoln College holds a distinction as the only Predominantly Black Institution in downstate Illinois. Black students make up more than 45% of the student population, with 295 full-time Black students out of 645 full-time students total.

Lincoln's status as a PBI was not a big influence in senior Desirgeon Keys’ decision to attend the school. Keys, who is Black, said the diversity of campus can be less noticeable because the town around it is largely white. The U.S. Census Bureau estimated in 2019 that Lincoln was 91% white.

Keys said much of the welcoming experience he found at college, and in town, came from having strong mentors, something he is now continuing as a peer mentor. Students need things beyond classes to get them interested in, and staying in, college, he said.

The murder of George Floyd in summer 2020, and other police killings of Black people, launched protests across the country, including on college campuses. In response, many colleges began re-assessing their relationship to race.

These efforts go back to the civil rights movement, but are still needed today, IWU President Georgia Nugent said.

“Despite the progress we’ve made (…) we still have a long ways to go,” Nugent said.

At the same time as the nation is diversifying, the number of high school graduates is declining, nationwide and in Illinois. That puts pressure on schools' recruitment, King said.

At ISU, administrators know they need to do more to attract students from diverse backgrounds, Houston said.

“In order to stay, frankly, competitive, we have to ensure that we have diversity,” she said.

That's part of why former ISU President Larry Dietz created her position in February 2020, she said.

Houston's role is largely to be a point person for the various equity, diversity and inclusion efforts going on across the university. That includes things like increasing diversity of authors in course curriculum, hiring more diverse faculty and looking at how shared governance works.

“There’s really not an area on campus that doesn’t have a need for an equity and diversity lens,” Houston said.

Terrance Bond started as assistant to the president for equity, diversity and inclusion at Heartland Community College in the spring of 2020. The position was the result of conversations started by President Keith Cornille in 2019 about how the college could become a model for other community colleges.

Watch now: Unit 5 board to vote on deficit plan next week

“One of the things we decided was we did need someone on campus who was focused on driving initiatives on equity, diversity and inclusion,” Bond said.

Bond stepped into that role amid both a pandemic and the social justice movement after George Floyd's murder.

“Everything just started to happen in the rest of the world; this happened to coincide with many of the things that were going on in racial reconciliation and social justice,” he said.

Illinois Wesleyan is working to hire a chief diversity officer, Nugent said. The position was the first recommendation in a report issued last year on the school's diversity, equity and inclusion efforts. While those efforts do exist, Nugent said, "there hasn’t been one person pulling it all together."

Attracting and retaining faculty and staff of color can also be difficult, Nugent and Houston said. At Illinois Wesleyan, every hiring committee now includes a person trained in watching for instances of implicit bias in the hiring process.

Nugent is proud that 45% of hires since the start of her tenure in 2019 have been from historically marginalized backgrounds, including faculty of color and LGBTQ faculty.

Still, Wesleyan freshman Harsh Patel said he'd like to see more professors of color around campus. He has taken eight courses from different departments, but has only had one professor of color.

Heartland has changed some of its hiring practices to make sure job descriptions are written to avoid discouraging diverse applicants, and to highlight Heartland's commitment to equity, Bond said. The college also asks about equity, diversity and inclusion in its senior-level hiring process.

“It also shows individuals of color that this a place where we’re going to ensure all of our candidates bring an equity lens to their work,” Bond said.

Heartland's fall 2017 cohort, for students who entered in the fall of 2017 for their first time in college and were enrolled full time, had 456 white students out of 601 total students, according to the Illinois Community College's 2021 Graduation Rate Report. That does not include students doing short-term programs or who were only taking classes part time.

Keeping scholars of color at Wesleyan and ISU is the next step, Nugent and Houston said. Both schools have active professional groups for employees of color, including The Alliance at IWU and the Black Colleagues Association at ISU. There is a newer group at IWU called JEDI, for justice, equity, diversity and inclusion.

Organizations such as those can support not just employees, but also students. Patel mentioned The Alliance as a positive group on campus. He also found it helpful to be around other Indian-American students at Illinois Wesleyan through the South Asian Student Association.

“It’s great to see all these other Indian-identifying students,” he said.

Another group that helped both Patel and Lemon was IMPACT, or Influencing and Maximizing Positive Academic and Campus Transitions, a pre-orientation program for students of color. The optional program allows freshmen to arrive on campus a few days earlier than their peers, giving them a chance to meet other students and build support systems.

Lemon said small-school experiences like IMPACT, along with regular freshman orientation, give more chances for personal support and help.

“I just really like the close-knit community that Wesleyan provides,” she said.

Patel found the high number of students of color in the freshman class encouraging, but wants to see more done to keep that growth going.

“I think instead of celebrating, they should be working towards bringing in more students of color,” Patel said. 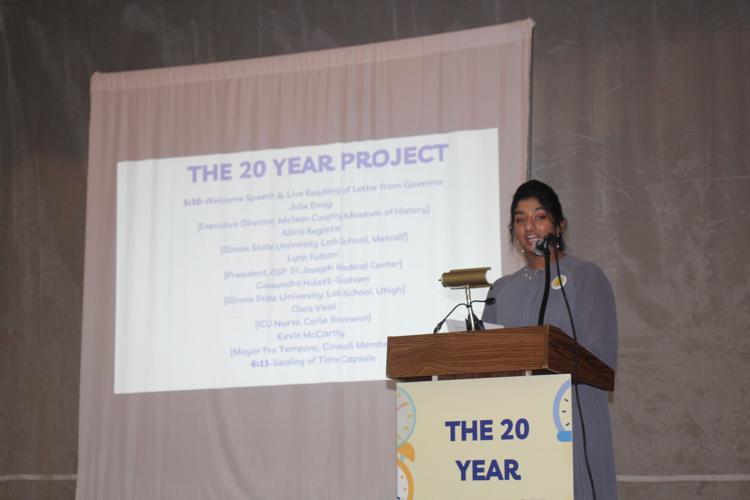 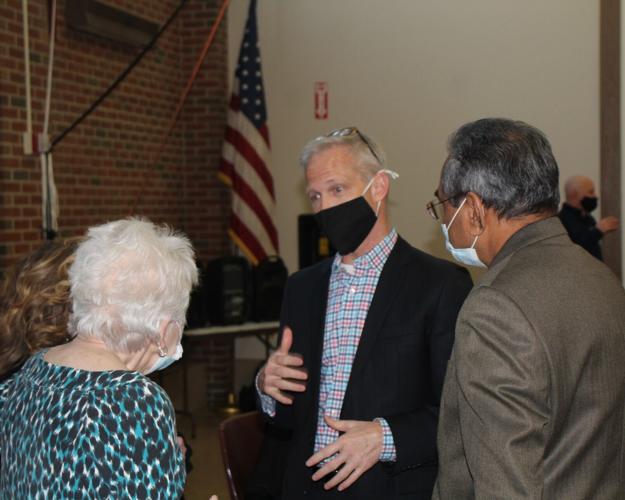 Town of Normal Mayor Pro Tempore and Councilmember Kevin McCarthy, center, speaks to attendees at a Saturday event for the sealing of a 20-year time capsule prepared by a University High School student. 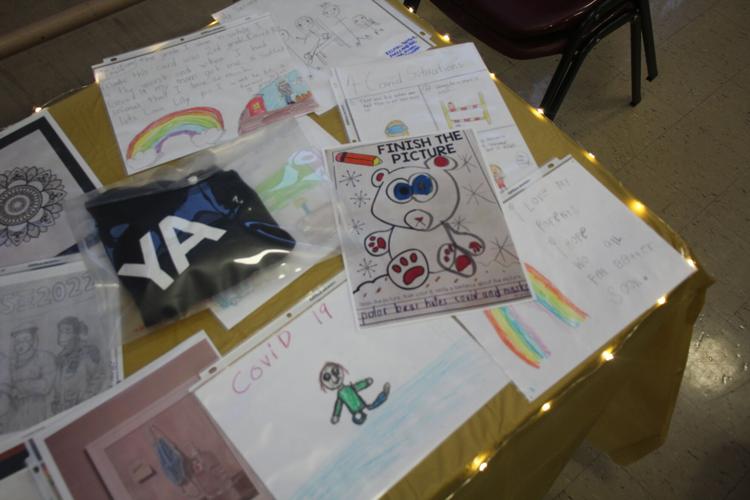 Pictured are materials to be preserved in a time capsule that was sealed Saturday at the Town of Normal Community Activity Center.

A time capsule was sealed for 20 years Saturday at the Town of Normal Community Activity Center. "The 20 Year Project" was fostered by University High School student Sirihaasa Nallamothu, who in her welcoming remarks noted a history textbook she read reduced the 1918 pandemic down to just two paragraphs.

"We are more than just two paragraphs," the student said, in reference to experiences shared by Normal community members during the COVID-19 pandemic. Materials consisting of pictures, artwork, keepsakes, letters, news articles and oral histories were collected to be sealed in the capsule Saturday, in addition to a letter from Normal Mayor Chris Koos addressing the future mayor 20 years from now.

Town of Normal Mayor Pro Tempore and Councilmember Kevin McCarthy told The Pantagraph that the mayor's letter reflected on how the community handled the pandemic with poise and grace, and adapted to challenges never before seen in history.

Town of Normal Mayor Pro Tempore and Councilmember Kevin McCarthy, center, speaks to attendees at a Saturday event for the sealing of a 20-year time capsule prepared by a University High School student.

Pictured are materials to be preserved in a time capsule that was sealed Saturday at the Town of Normal Community Activity Center.

Three teachers also were included in the annual reduction of force resolution approved Wednesday by the school board.

What to know about Illinois State University's new College of Engineering

Illinois State University officials hope to bring hundreds of students to the new College of Engineering in the next decade — but there's plenty of groundwork to do first.

Regional Office of Education #17 and Heartland Community College are cooperating on an "Adulting" Day to help prepare high school seniors for some of the skills they need to live on their own but which are not always taught in school.

Lincoln College senior Zak Luken described campus as a "ghost town" Thursday morning as students and employees processed the fact the college plans to close in May.

US to fly in baby formula on military contracted jets 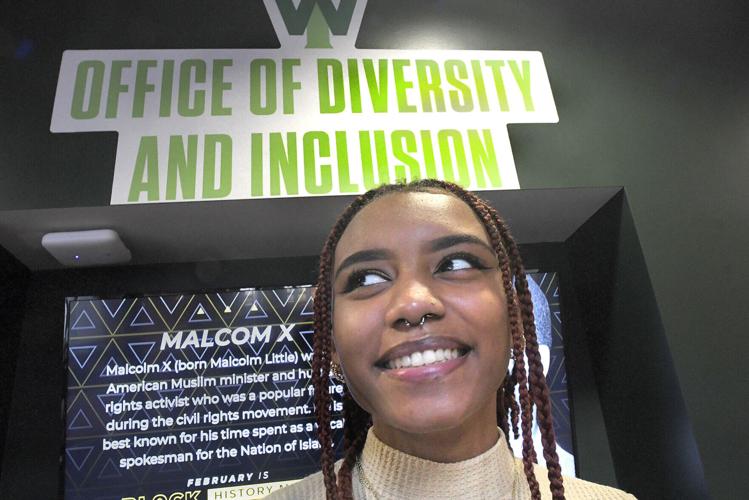 Illinois Wesleyan University nursing freshman Davion Lemon from New Orleans talks on Feb. 23 outside the Bloomington campus's Office of Diversity and Inclusion. She said the school's policies on diversity will help all races at the university learn to live together. 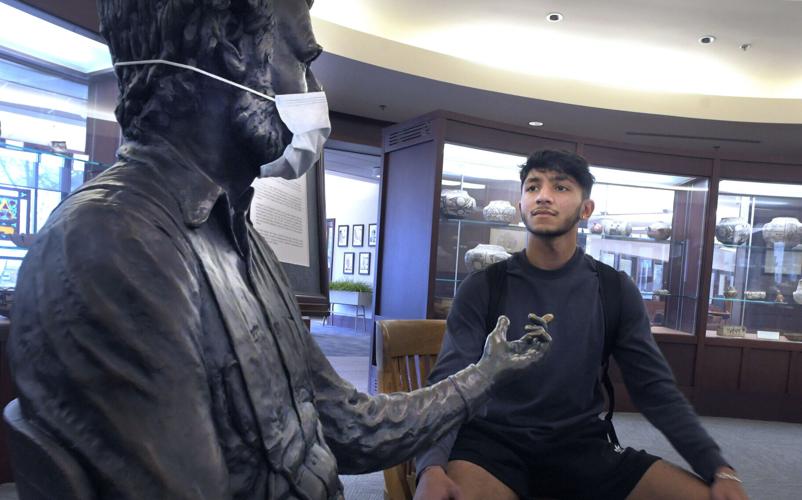 Illinois Wesleyan University computer sciences freshman Harsh Patel sits next to a statue of John Wesley Powell Feb. 23 in Ames Library on the Bloomington campus. Patel hopes Powell's founding principles for exploration and innovation will provide him with the opportunity to make a good living. 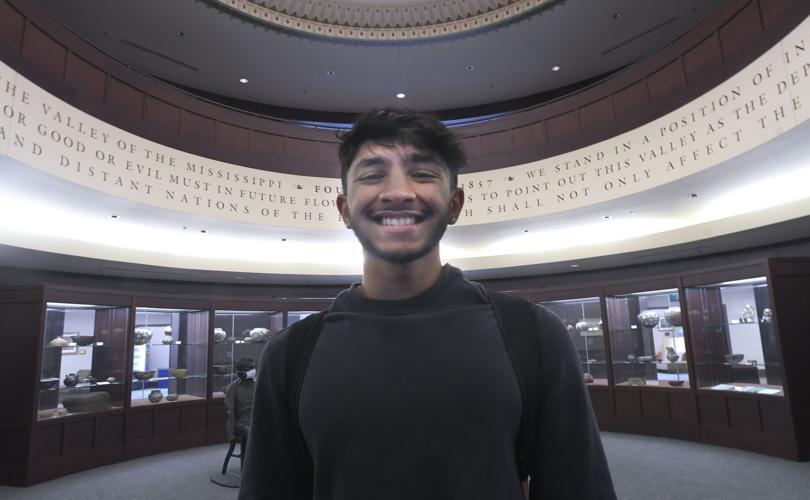 Illinois Wesleyan University computer sciences freshman Harsh Patel is hoping the school will be able to provide him with the opportunity to make a good living, Tuesday, Feb. 23. 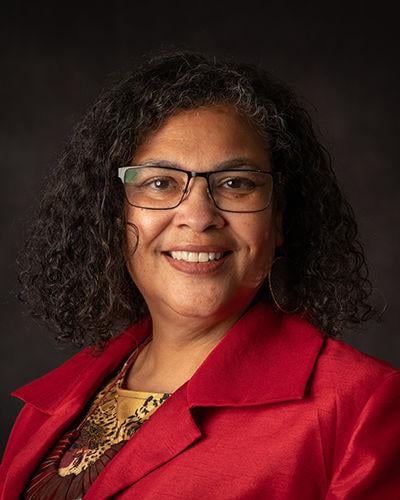 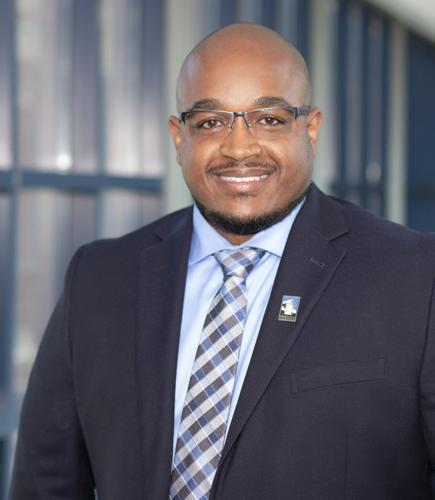 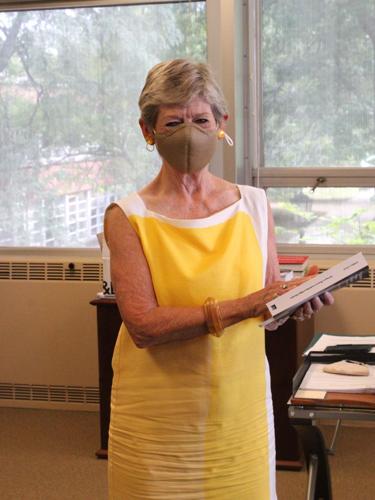