NORMAL — Just months after rolling out the Common Application as an option for all Illinois public universities, the move is already having an impact on school application and admission numbers.

“The Common App has produced an exponential increase in our applications,” he said.

The Common Application system allows students to apply to multiple colleges with a single application. It includes more than 900 schools, mostly in the U.S. but also across the globe.

At Illinois State University in Normal, applications are up 54% from last year, said Associate Vice President for Enrollment Management Jana Albrecht. Last year's numbers were down, but the school is still up by about 1,000 applications from pre-pandemic.

It's difficult to know how that will work out in terms of enrollment, but it feels good so far, Albrecht said.

"We're cautiously optimistic going into this year," she said.

At EIU, the increase has also been felt in students admitted, with 1,192 more admits than last year, Norman said.

Deposits are ISU are up by around 42% from last year, about on track with where the school was pre-pandemic, Albrecht said.

There is a lot of work to do when 3,000 more applications come in, Norman said.

“Our processing staff has just been slammed,” he said.

The crunch has been felt at ISU, too, Albrecht said, but staff seem excited by the potential the increased applications bring.

The Illinois Board of Higher Education’s Common Application Initiative rolled out last year, with all Illinois public universities except for Northeastern Illinois University now an option for students using the system. NEIU is expected to join soon.

The Common App is a nonprofit, with schools paying subscription and per-application fees to use the system.

Illinois' fiscal year 2022 budget included $1 million in appropriations for the initiative. IBHE's FY2023 budget recommendation, approved Jan. 10, also included a $1 million line item. The recommendation now goes to the governor and state legislature before it is approved and may be changed there. 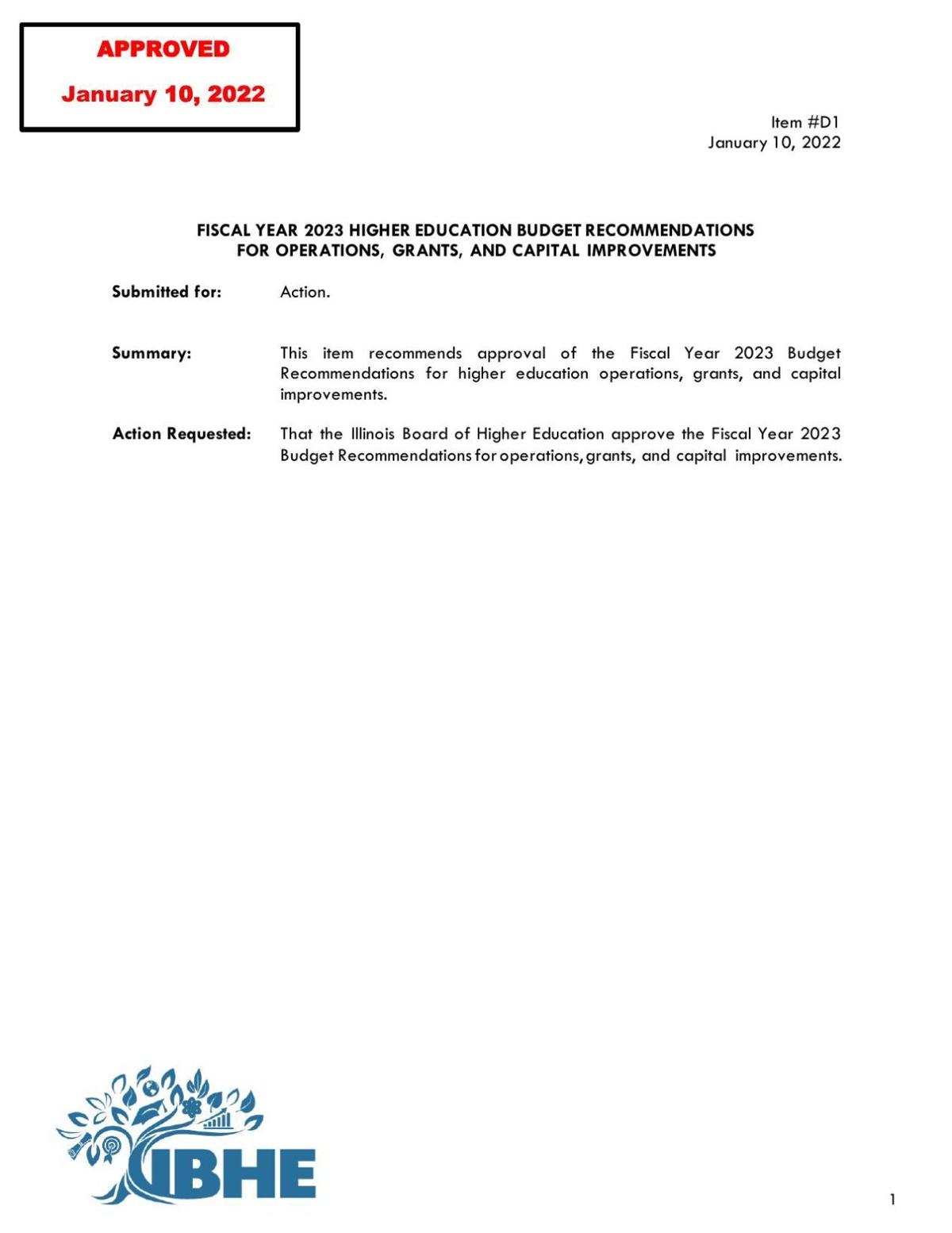 The amount is just a small fraction of the total $2 billion FY23 recommended budget, over half of which would be allocated directly to the 12 public universities in the state. Another $530 million would go toward the monetary award program, or MAP, which provides grants to Illinois college students to pay for their education.

The $1 million will be given to schools on a reimbursement model, according to a presentation given to university leaders and obtained by The Pantagraph through the Freedom of Information Act. Maximums for the schools are being set under intergovernmental agreements.

The formula includes $4.43 per submitted application if the school uses the standard Common App form or $4.80 per application if it uses a custom form. The Common App allows schools to add additional questions or documents to the base application. 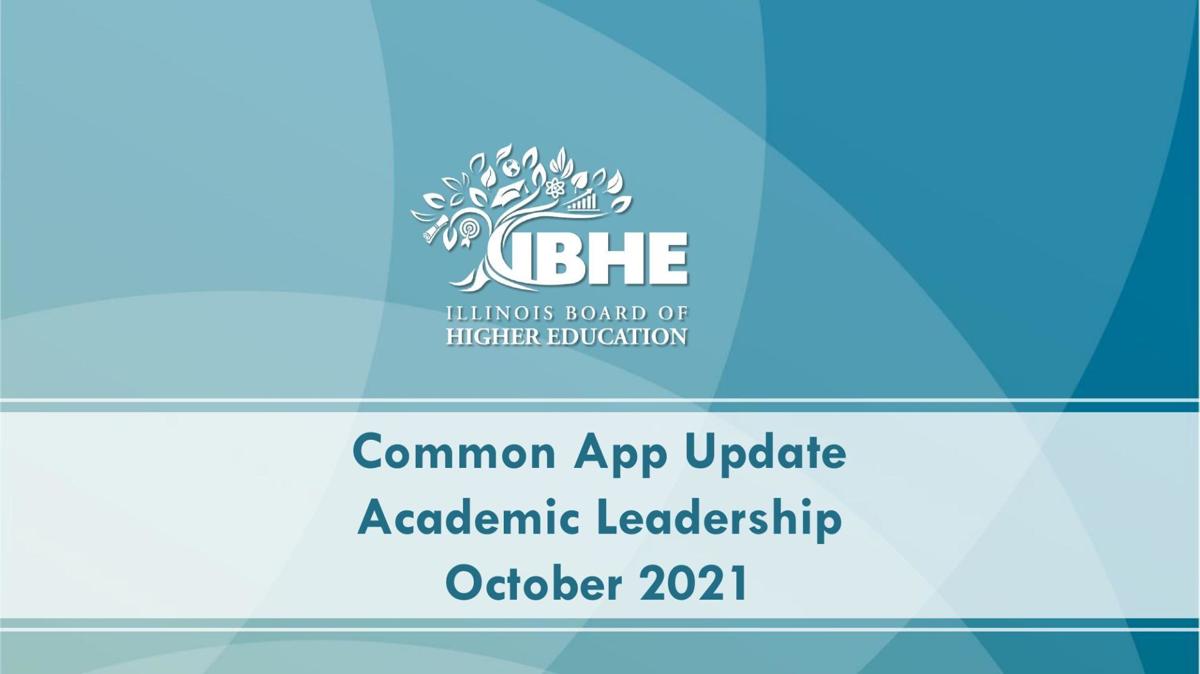 Norman, at EIU, estimated that the school would end up spending around $25,000 this year on implementation costs and the cost per application.

“I’m super grateful for the funding from the state; that is just a huge deal,” he said.

ISU, University of Illinois Springfield, Western Illinois University, EIU and Governors State University all told The Pantagraph they had most of their applications so far come in by the Common App.

Southern Illinois University Edwardsville has seen around 23% of its applications come in through the Common App, said Scott Belobrajdic, associate vice chancellor for enrollment management, in a statement to The Pantagraph.

Even with a lower usage of the new system, SIUE has seen some changes to its application process, he said. A higher percentage of applicants who are using the Common App have put in all of their materials already this year.

The higher completion rate has contributed to a 5% increase in applicants admitted so far.

Applications are also up at Southern Illinois University Carbondale, the school said in a statement to The Pantagraph.

“We fully support making it easier for Illinoisans to apply to universities close to home, and we are grateful to Gov. Pritzker and IBHE for their leadership. Our applications for fall 2022 are up, in part because of the Common Application, but it is too early to judge its effect on enrollment,” the statement said.

Norman, too, said it will take until deposits really start coming in in March, April and May before EIU will know what actual impact the change will have on higher application numbers. He is thankful, though, for the increased applications.

Not everyone who makes a deposit will end up at the school, so final numbers will not be available until the fall.

Norman has noticed that the students who are applying on the Common App are less likely to have engaged with the school in other ways. That is showing up in the rates of people who are admitted and are making deposits. Of students admitted to EIU who used the Common App, only 1% have submitted deposits already. For the university application, that number is 7%.

Not new for all

Those applying to UIC to enter as freshman have to use the Common App, said Kevin Browne, vice provost for academic and enrollment services. The university joined the Common App six years ago, as the first Illinois public school to adopt the application.

Students are increasingly looking for a more online, streamlined application process, Browne said. Joining the Common App made sense for the school, as opposed to creating its own online application system.

For about half of UIC's applicants, the application is their first time interacting with the university, Browne said.

"The engagement is going to be different," he said.

Browne would remind schools adding the Common App for the first time that any first year is going to have its problems, and he encourages them to learn and keep moving. He also encourages only using one system for freshman admissions.

Data in the Common App's Illinois state report for the 2020-21 application season showed that UIC was the top recipient of applications through the system for students living in Illinois.

Illinois’ public schools joining the Common App follow a larger trend of more and more Common App members being public institutions or from the Midwest. According to one of the nonprofit's studies published in October, around a quarter of members are public universities, up nine percentage points from six years before. The percentage of Midwestern schools has increased by seven points.

Common App did not respond to The Pantagraph's requests for comment.

Looking a few years down the line, Albrecht hopes to see the Common App help ISU bring in more students from historically underrepresented backgrounds and from out of state. Right now around 92% of the applications to ISU for fall 2022 are from in-state students.

"I think that the Common App will do great things for us," she said.

Off the southern coast of the U.S., there is an area six times the size of Rhode Island where every summer oxygen levels fall so low that it k…

A weekly column for military veterans and their families.

Illinois State University and Heartland College will be closed Wednesday and Thursday due to the weather. Illinois Wesleyan University is movi…

As Olympia Middle School students prepared for their production of "Robin Hood," they described the challenge face masks present to making the…

Bloomington-Normal’s two school districts continue to require students to wear masks, but most of the county’s rural districts have decided to…

Does having more moons in the sky mean a longer time on Earth?

Does having more moons in the sky mean a longer time on Earth?

Carbon capturing concrete could be the future of green construction

Carbon capturing concrete could be the future of green construction