BLOOMINGTON — Three weeks from the start of the school year, Central Illinois schools say their bus services are ready, but they still need more drivers.

“If we had to start (the school year) today, we could do it. We’re fine to do it, but things are tight,” said Barry Reilly, Bloomington District 87’s superintendent.

As of this week, District 87 is short 12 drivers despite heavy recruiting efforts, which include about 300 yard signs calling for drivers, Reilly said.

A shortage of bus drivers in Central Illinois is nothing new, but like many other industries, school officials say the COVID-19 pandemic compounded the problem.

“We historically have had a difficult time finding drivers and sub drivers and bus aides, but things have gotten worse over the past year,” said Laura O’Donnell, superintendent for Olympia schools.

Jeff Gordon, District 87’s contract manager at Illinois Central School Bus, said he hasn’t seen anything like this in his 27 years working in school transportation.

“It's not unique to bus drivers, but certainly that’s a concern as we head into the start of the year,” Reilly said.

Despite a small student population, Olympia, which is based in Stanford, has a significant rural area, making bus routes an important part of the school year preparations.

O’Donnell said the district is fully staffed with bus drivers for fall, but the number of substitute drivers is limited.

McLean County Unit 5 officials said they also have a full staff of drivers, but they still need subs.

“Aug. 18 is coming fast, but know that I will be ready to go,” said Nick Sorrey, location manager for First Student in Normal, which provides bus service for Unit 5.

Sorrey said their recruitment initiatives this summer were “unusual for a transportation unit.” They included a community carnival event that brought in 16 applicants and participation in the Miller Park Pride Parade, bringing 22 interested drivers.

The national average number of bus drivers is down 12%, Sorrey said. Based on last year's routes, First Student needs to have about 147 drivers, which includes having 10% more than what's needed for the core routes as substitutes.

“We are missing 5% extra, so I already have 5% more than I need, so we’re doing pretty good,” Sorrey said.

Heyworth schools have also noticed a driver shortage in recent years, and Superintendent Lisa Taylor said they are considering combining two routes to make sure they have enough drivers.

“Our transportation director drives a route along with our retired director,” she said. “It would be great to have four or five (more) drivers, especially with activities expected to return to normal.”

“Anytime we fall short or someone is sick, we have to pull staff, who have a bus license, from another duty,” he said.

Reilly also said given District 87’s current shortage, Illinois Central will have to pull people who would normally be working in the facility “and not really slated and scheduled to be a driver” to cover routes.

"We would love to have members of the community who would be interested in supporting schools by being a bus driver — we’d love to have people reach out to Illinois Central and apply," he said.

Reilly said the starting rate for their drivers is $17.48 and Gordon is “working to try to improve that.”

“Getting a very competitive pay would help,” Reilly said.

Bus companies, including Illinois Central, typically require bus driver applicants to have a CDL or be able to obtain the license, and new drivers are trained upon hire.

Recent updates to COVID mitigations removed the capacity limits for school buses. Previously only 50 students were allowed to ride at one time.

Reilly said he anticipates the number of students on buses to return to pre-pandemic levels, though he expects some parents of students who would typically ride the bus will instead provide their own transportation.

Masks will be required for all students and staff on school buses, as that falls under public transportation, which maintains a mask mandate in Illinois.

The end of school, for now

The contents of their desks

Getting equipped for school

Another kind of test

Fashion for the times

Back to class, for a while

Looking for a few good drivers

Holding down the fort

Weekly testing will be available to Unit 5 students; mask decision on hold

Students in McLean County Unit 5 will have the option to participate in weekly COVID-19 testing when school starts next month, which could reduce the number of students required to quarantine, Superintendent Kristen Weikle said Wednesday.

“It’s going to take us a little bit of time to work through,” said Barry Reilly, superintendent at Bloomington District 87.

Catholic schools in the Twin Cities won't require their students and employees to wear masks or receive a COVID-19 vaccination when they return to classrooms this fall.

The Illinois State University Board of Trustees Friday gave the school authority to sell a piece of land in north Normal where student housing buildings have been empty since 2017.

Service has been disrupted in the Greenbriar area of apartments and businesses between Walmart and Menards.

The 2021 annual Back 2 School Alliance giveaway won’t be a party like in pre-pandemic years but organizers are looking forward to handing out 4,000 backpacks filled with new school supplies to students from McLean County Unit 5 and Bloomington District 87 schools.

The Bloomington District 87’s special board meeting scheduled for Wednesday was cancelled following Gov. J.B. Pritzker’s announcement that masks will be required in all Illinois schools.

No major injuries after plane runs off Texas runway

No major injuries after plane runs off Texas runway 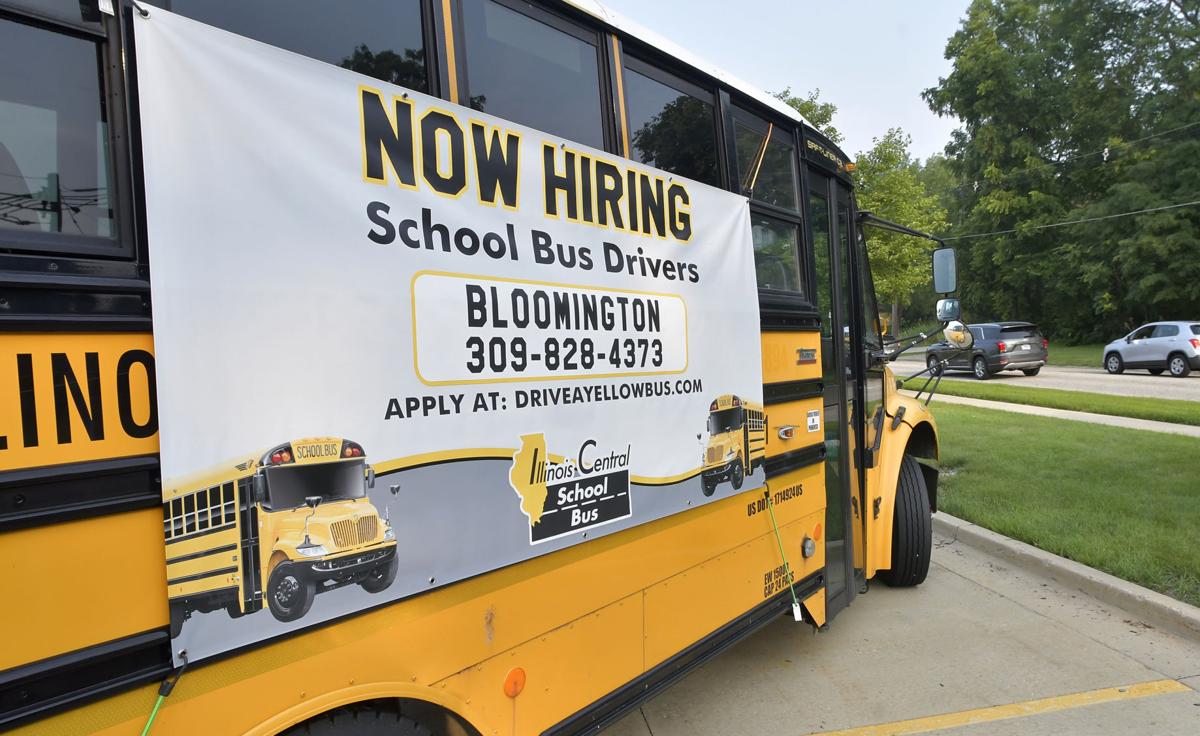 A school bus parked at Bloomington High School advertises for school bus drivers on Thursday. As the first day of school looms ever closer, school bus companies are working hard to find drivers for routes. 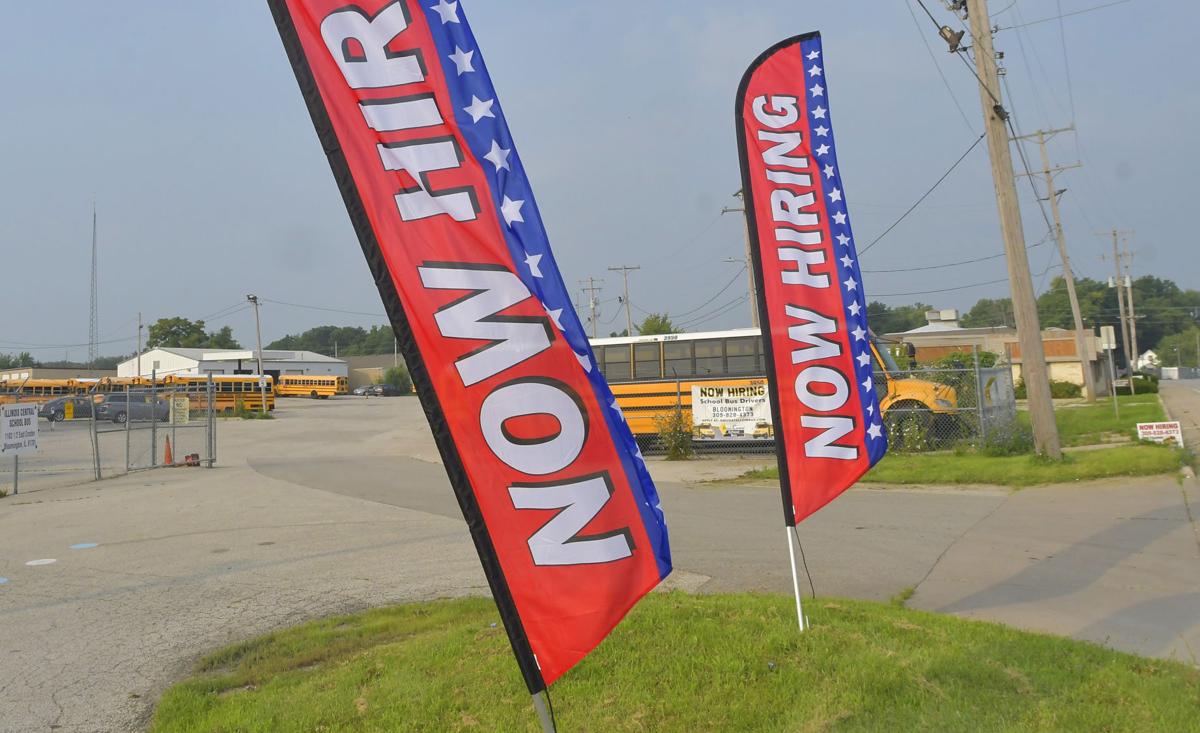 Flags flutter in the breeze as Central Illinois School Bus, 1103 1/2 E. Croxton Ave., advertises for school bus drivers on Thursday. Filling available positions has always been an issue for school bus companies, but the pandemic has created even greater recruiting problems. 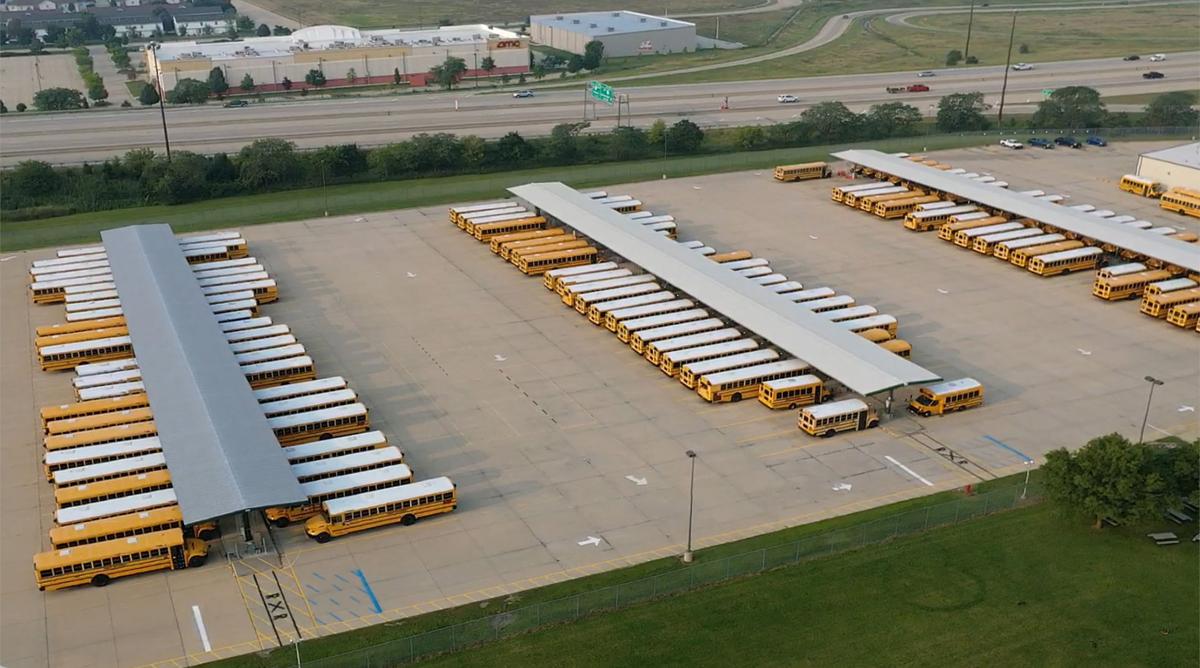 Dozens of school buses are parked at First Student in north Normal on Thursday. School bus companies are trying to find drivers to fill all of the available routes across Central Illinois. 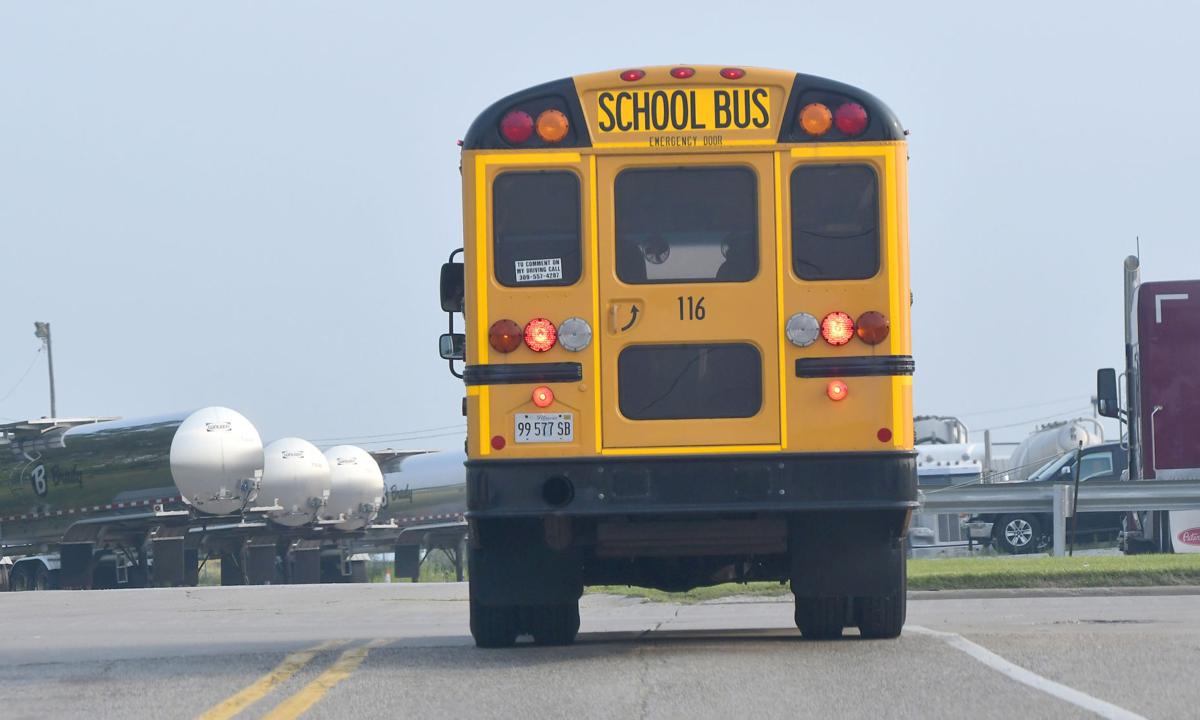 A school bus takes to the route outside First Student on Warehouse Road in North Normal on Thursday. 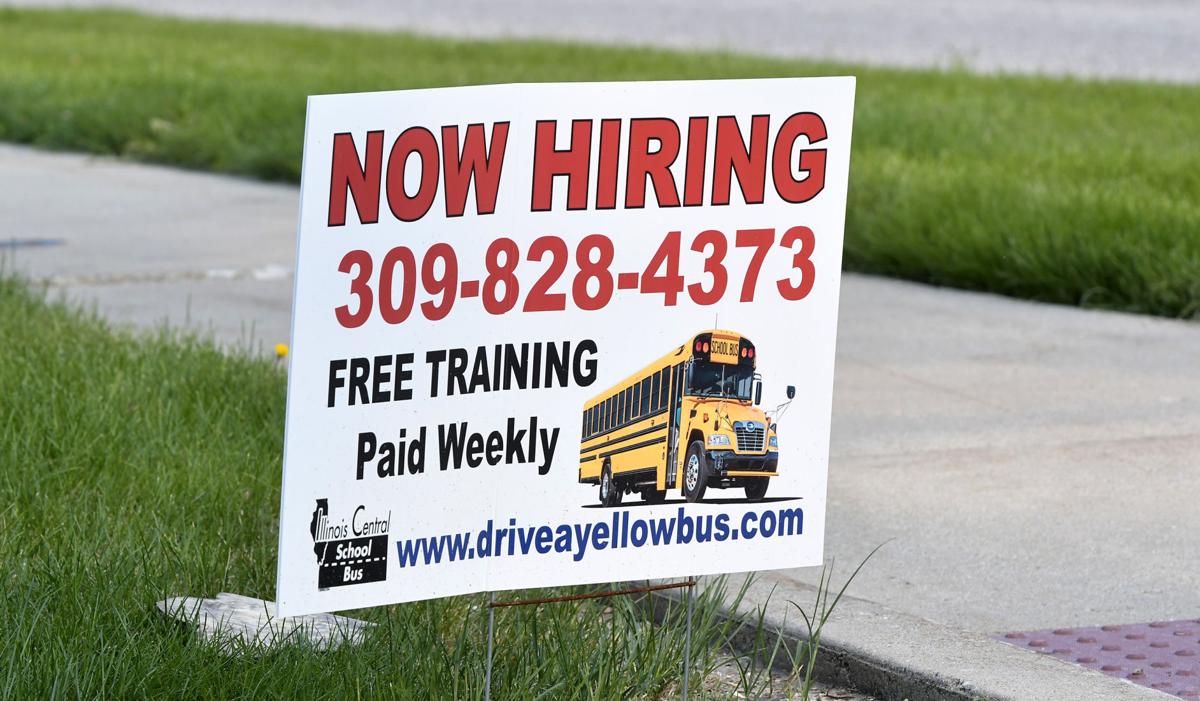 Yard signs across the Twin Cities advertise for school bus drivers on Thursday. As the first day of school looms ever closer, school bus companies are working hard to find drivers for routes.