Subscribe
Read Today's E-Edition
Share This
Watch now: B-N professors weigh in on war in Ukraine: 'It's never going to be the same'
0 Comments
Share this

BLOOMINGTON — Bloomington-Normal university professors warn that increased severity of the Russian invasion of Ukraine would lead to even greater suffering for civilians.

An escalation seems very likely, given Russia’s apparently stalled invasion as it faces what seems to be more Ukrainian resistance than it expected, said Sherri Replogle, instructional assistant professor in politics and government at Illinois State University. Early signs of restraint from the Russians surprised her, but she doubts it will last.

“I expect (an escalation) to happen in the next week (…) I expect it to be a lot bloodier,” she said.

Illinois Wesleyan University political science chair William Munro shared similar forebodings, saying Russian President Vladimir Putin would be looking for a way to argue that he had achieved his goals with the invasion.

“That would mean a massive escalation of the war and the costs, and it’s going to be awful,” Munro said.

Normal West High School social studies teacher Glen Petersen served as an American adviser and trainer for the Ukrainian military from June 2020 to May 2021. He retired from the Illinois Army National Guard as a colonel in September of last year.

"It's just really inspiring how hard they have fought," he said. "(...) their spirit has not surprised me at all."

A team from his unit trained Ukrainian soldiers in using the Javelin system, which is a handheld anti-tank and armored vehicle missile.

The Russian invasion has included thousands of armored vehicles, so Petersen doubts the Ukrainian army has enough Javelin systems to make a big enough dent. Javelin systems also do not work against artillery placements, something Russia has been using to shell major cities in Ukraine.

"An artillery system is 20 miles away; you can't do anything to it," Petersen said.

He predicted it would be be a while before Ukraine is beaten, but given Russian numbers and Ukrainian casualties and deteriorating equipment, it seems inevitable unless something outside the country changes, he said.

"The sheer magnitude and numbers are in Russia's favor," Petersen said.

One of Replogle’s research interests is civilians in war. She had already been watching Russian aggression toward civilians in Syria, where Russia has been supporting the Syrian government of Bashar al-Assad in a civil war since 2015.

“The siege sort of warfare can be really brutal for civilians,” she said.

Petersen is still in contact with one of the linguists he met in Ukraine, whose company moved linguists from western Ukraine to Poland to help translate for refugees. It took them four attempts to find a way to the border, and once they did, it took them 17 hours to make it the 30 miles to the border.

Even people far from the conflict zones have had their lives upended, Petersen said.

"People's lives are just completely wrecked. Even if you're not facing an artillery barrage, your life is wrecked," he said.

The invasion will also dramatically change perceptions of the international order and international law, Replogle and Munro said.

“When you have a powerful state that is no longer going to play by those rules, that’s a game changer,” Replogle said.

Russia’s actions raises challenges to the existing international order, Munro said, but in many ways the world has responded more strongly than Putin seemed to expect. The International Criminal Court has opened up an investigation into Russia’s invasion, which could make life difficult for some Russian elites, though likely not Putin himself.

Putin’s past successes in Georgia, Chechnya and Crimea seem to have emboldened him, Munro said.

Petersen, too, condemned Russian's behavior during the invasion of Ukraine.

"To see how the Russians are conducting themselves, it's just appalling," he said.

The blatant disregard of international norms, or even laws, could further embolden China in regards to Taiwan, which mainland China considers a breakaway province, Replogle said.

However, the Chinese government also values and benefits from stability due to its global economic ties, she said.

The invasion has come up in both Munro’s and Replogle’s classes this semester. Munro is teaching a course on human rights, in which he showed the class a speech from the Ukrainian ambassador to the United Nations given last week condemning the invasion.

The invasion will come up again later this term when the class talks about refugees, Munro said. The flow of refugees out of Ukraine, which has now topped 1 million people, will be a challenge for the rest of Europe, as the European Union already faces internal disagreement about how to handle migrants from Africa and the Middle East.

“This is going to be a huge, huge impact on the European Union,” Munro said.

He also has a class on international courts, which will be following the case against Russia at the International Criminal Court.

Replogle is teaching a course on international conflict and security. The invasion will have a lasting impact on that course, and the world, she said.

“It’s never going to be the same,” she said.

Another convoy of truckers heralding messages of freedom is set to pass through the Twin Cities on Saturday.

Have your Bachelor of Science in Nursing and want to pursue your doctorate? Applications are open for a new program at Mennonite College of Nursing at Illinois State University.

What to know about Illinois State University's new College of Engineering

Illinois State University officials hope to bring hundreds of students to the new College of Engineering in the next decade — but there's plenty of groundwork to do first.

The biggest star in our galaxy is about to die, here's what that means for Earth 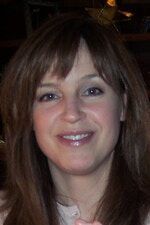 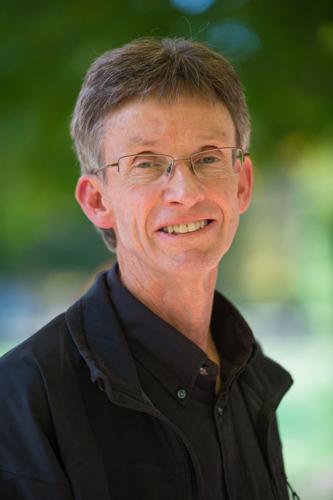