Become a Member
Read Today's E-edition
Share This
Speaker: Surround yourself with the powerless, not powerful
0 Comments
Share this 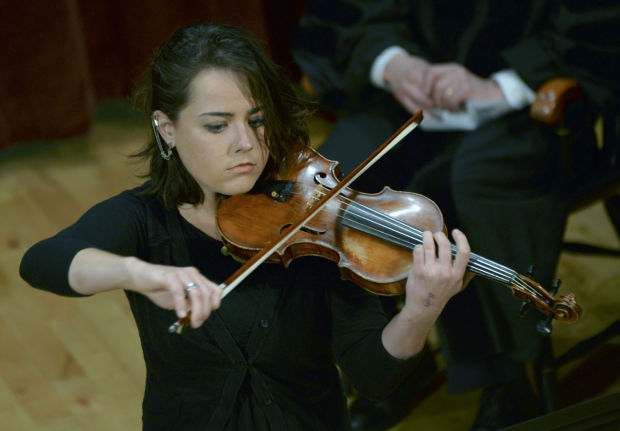 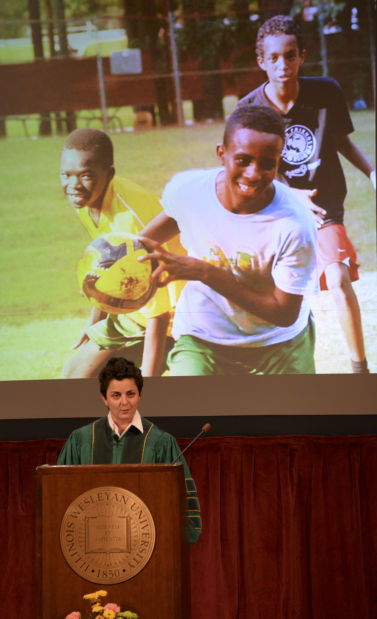 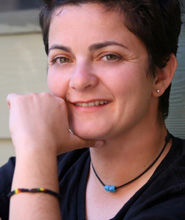 BLOOMINGTON – Luma Mufleh is known for her humanitarian efforts as an inspirational soccer coach and entrepreneur. Since 2004, she has embraced the community of Clarkston, Ga., by creating the Fugee soccer team, two businesses and a non-profit organization that helps child survivors and families from war-torn countries.

As the keynote speaker at Illinois Wesleyan University's annual Founders' Day Convocation at Westbrook Auditorium in Presser Hall on Wednesday, she gave students some advice on how to be successful.

“Surround yourself with the powerless, not the powerful,” she said. “Always believe you can make the world a better, safer and kinder place.”

Born in Amman, Jordan, Mufleh graduated with a degree in anthropology from Smith College in Northampton, Mass.

"About 16 years ago, I was sitting in an auditorium like this, listening to a speech," she said. "During your college years, there are only four or five speeches that you are going to remember. I hope this is one of them."

After moving to Georgia, one day she came across a group of barefoot children playing soccer in the streets of Clarkston. She learned the children were refugees from countries across the world, including Afghanistan, Iraq, Congo, Somalia and Sudan.

While seeing first-hand the struggles the children were facing while exhibiting their love for the game of soccer, she was inspired to create a soccer team to enrich their lives. Fugees Family, Inc. now hosts several programs, including multiple soccer teams, after-school tutoring, and college and career counseling.

“I grew up in a home with servants and maids,” she said. “It's easy to taking things for granted. But all of us are privileged, but with that, comes a burden of responsibility.”

Mufleh said it is important for humanitarians to think of non-traditional ways to provide more opportunities for refugees.

"Don't live within the confines of your own bubble," she said.

“We also honor the current faculty and staff who have helped sustain that legacy,” he said.

"We talk a lot about the pursuit of your passion around here," he said. "Your life's work illustrates who you are and that is certainly true with Luma. And I believe this is one of those five speeches that you remember from your experience in college."

Tri-Valley CUSD No. 3 students were among the top performers on state testing in McLean County this spring, but that is not necessarily a top focus for the district’s administrators.

The American Association of University Professors has sanctioned Illinois Wesleyan University over how it handled faculty changes after the university ended four humanities programs last year.

When Illinois Wesleyan University senior Monischa Hills heard the song "Say Her Name (Hell You Talmbout)" by Janell Monáe, Hills wanted to bring the message of the song to Wesleyan’s campus in a visual way as well.

Illinois Wesleyan University plans to hold its annual "Light the Night" event later this week, as a celebration of the various religious and cultural holidays at the end of the year.

A chance meeting at the Ronald Reagan birthplace in Tampico led Eureka College student Sean Sandrock to an experience that has change how his is planning for the rest of his life.

Bloomington High School students had a chance to learn more about the Holocaust and intolerance more broadly during a visit this week by the Mobile Museum of Tolerance. The visit challenged students to think about ways they could oppose discrimination in their own lives.