The NELK Boys are known for producing videos of pranks, generating millions of pageviews, but officials said their unannounced visit to town on Sept. 8 led to flash mob-style gatherings that were ultimately broken up by police.

At the time, ISU President Larry Dietz and others expressed concern that the gatherings would spread COVID-19 as the community was battling a spike in cases that began after students returned to campus. Just the week before, Normal town leaders issued orders limiting the number of people to 10 or fewer at gatherings near the ISU campus.

Normal Mayor Chris Koos had said the town would pursue action against not only the NELK Boys, but also those who invited the YouTube stars to campus.

But Normal Police Chief Rick Bleichner said last week that no fines were issued by officers responding to the mass gatherings, and the department is not pursuing charges against the NELK Boys.

"I don't think it's realistic at this point," Bleichner said about not pursuing the YouTube stars, who he said "didn't come out and set up in a parking lot."

Eric Jome, ISU director of media relations, said nearly 100 students were facing potential sanctions, but he did not know details of what punishments students received. Names of those students will not be released, he said.

"Some of those cases resulted in educational sanctions for the students," he said, adding that could mean writing an essay about the incident or watching an educational video.

'Difficult to stay inside'

Posts on social media after the NELK Boys appearance showed large groups of young people clustered close together, many not wearing masks.

But ISU student Caleb Jerik said it didn't start out that way.

“Me and my roommates have not gone out once this year since starting school," said Jerik, a junior from Normal studying cybersecurity who said he had gone out looking for the group but did not attend any parties. "If we had thought there were going to be massive parties with these guys on campus, we wouldn’t have gone out.”

Jerik has lost many experiences to the COVID-19 pandemic. He can no longer participate in club activities he enjoys, or even spend time at his favorite homework spot in Milner Library.

So when he and his roommates learned the NELK Boys were passing through Normal on their tour, he knew he couldn't miss the opportunity to catch a glimpse of a group he has followed on social media for years.

"I don't think it initially started out as anything being too serious," said Jerik, who said people were walking around town in groups of two or threes, mainly just to get outside.

“We went with two of my roommates and there was a buzz around social media that night because we heard they would be in town.”

Tired of being cooped up, Jerik and his friends hit the streets to search for the NELK Boys in the early evening hours. Along the way, they met other students who were wandering, chatting and having fun searching while maintaining social distancing.

“For a lot of people it was difficult to stay inside while this gathering was going on," said Jerik. "I don’t think a lot of the students thought it would be a huge as it ended up being.”

Similar to a treasure hunt, Jerik and his friends followed social media updates and rumors on the whereabouts of the YouTubers, but they weren't expecting much.

Eventually, the group stumbled upon where the NELK Boys were parked, greeting fans outside. It didn't take long for a crowd to form, but once the hunt was over Jerik and his roommates went home.

“We live pretty close to The Lodge," he said, referring to an apartment complex where students gathered, "and we saw a large gathering formulating and we didn’t want any part of that. Before that, it wasn’t something that was a huge deal.”

The incident came on the heels of Normal town leaders' emergency order limiting social gatherings around the university's campus to 10 or fewer people. Those found in violation of the order could face a fine of up to $750.

The department has only issued five fines in relation to the ordinance, none of those related to the Sept. 8 incident. Police have sought instead to gain voluntary compliance through education when possible.

“Basically, I think the police did the appropriate thing in using a soft touch initially," Koos said. "We had just passed that ordinance on parties and it was our intention to convince people not to do things as opposed to writing citations.”

The NELK Boys did face some monetary consequences: YouTube suspended the channel from its Partner Program, which temporarily disabled monetization on the group's videos.

While the university has identified nearly 100 connected with the mass gatherings, Jome said it will take some time for students to go through the university's code of conduct process.

He said he could not say how many students have completed the process because some may choose to appeal their sentences.

"Our student conduct folks are still working through the process with other individuals," said Jome. "We have a whole due process that is followed like any other disciplinary process."

“We don’t have information on other outcomes at this point," said Jome. "Due to student privacy, we can’t really get into too much detail about individuals or things like that.”

Jerik said he was frustrated with the university and with how students had been portrayed by officials speaking about the incident.

While many students understand the dangers of COVID-19 and want to follow the university's guidelines, he said it is difficult to lose out on certain experiences.

From Jerik's perspective, students were expecting a hybrid semester with in-person and online classes. Instead, those living on campus are asked to limit their activity and encouraged to stay indoors. University leaders in early August said they would move from a hybrid approach to one in which more than 80% of classes were online-only.

“It was frustrating when they see students outside acting this way, they kind of make it seem like the students were being dangerous," said Jerik. "But I really don’t think we should have been here this year.”

Jerik said if he had known the university was going to switch to online classes, he would have attended Heartland Community College.

“I do feel like I’m put in place and not allowed to go anywhere because if I do there will be problems," said Jerik. "The overwhelming sense of the students is just anxiety, and people want to go out and do things and have fun and experience college a little more."

Spring break will go on as scheduled at Illinois State University after its importance to mental health was cited by faculty, staff and students responding to a university survey.

If you smelled smoke and noticed haze Friday morning, don’t blame it all on western wildfires. The problem is closer to home.

Country Financial to cut 200 jobs over the next 15 months

Country Financial will cut rough 200 positions throughout its organization over the next 15 months, the company said Friday.

Central Illinois: What you need to know about flu shots in 2020

With flu season beginning as COVID continues to circulate, Central Illinois medical professionals say getting a flu shot is more important than ever. Here's what you need to know.

Illinois State University anticipates overall costs related to the COVID-19 pandemic to be close to $46.2 million in the current fiscal year. Read more: 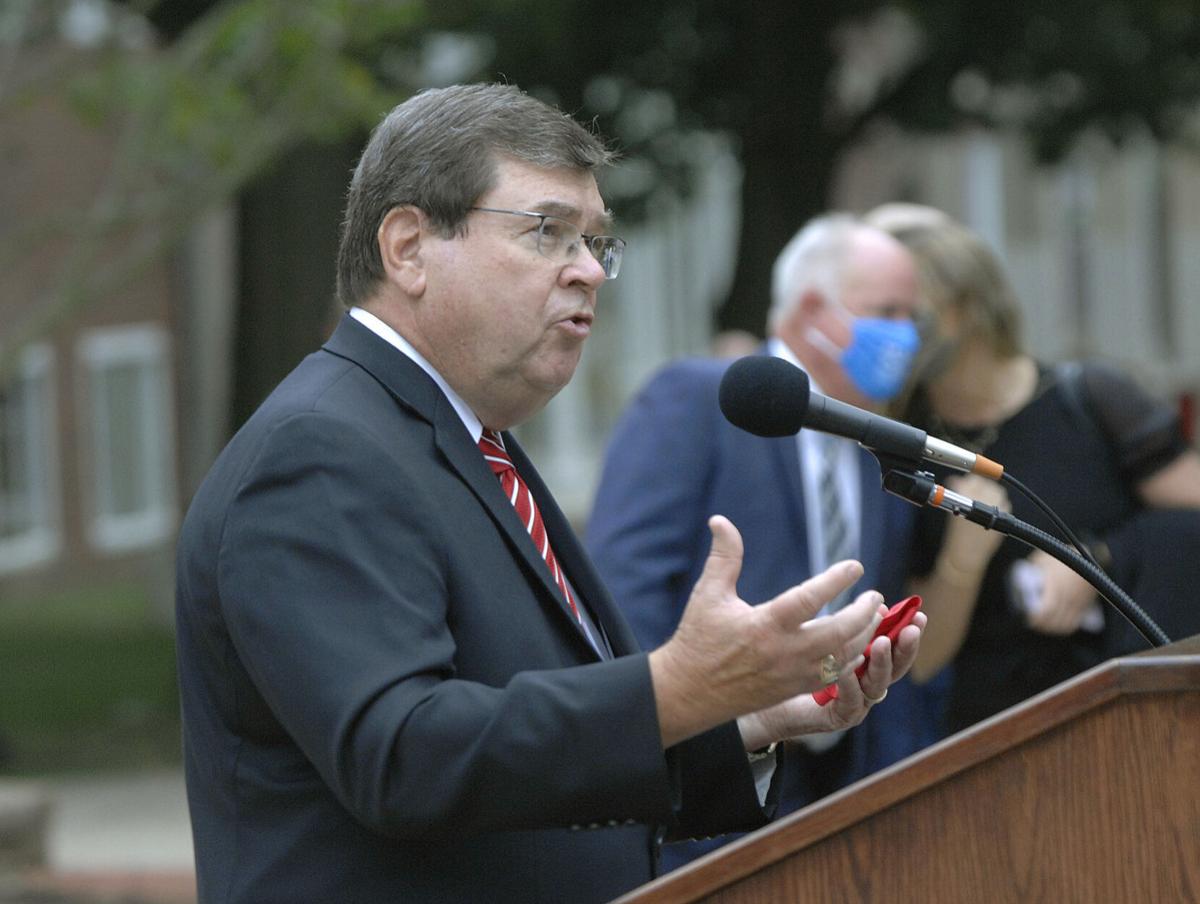 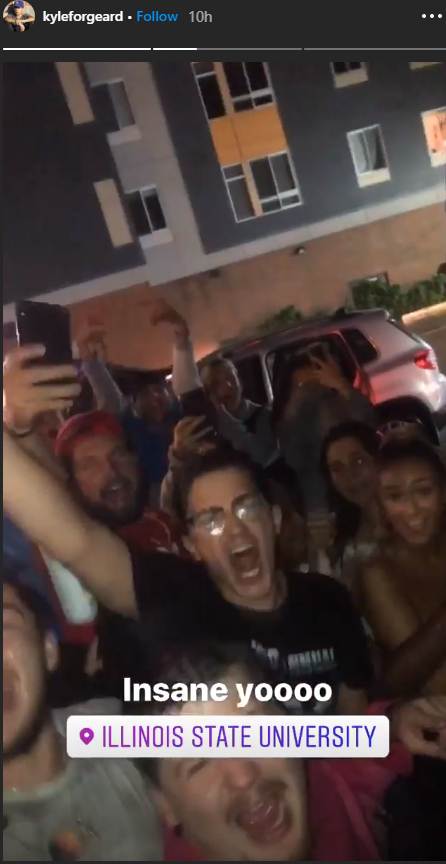 This screenshot shows a social media post by Kyle Forgeard, a member of the NELK YouTube group. 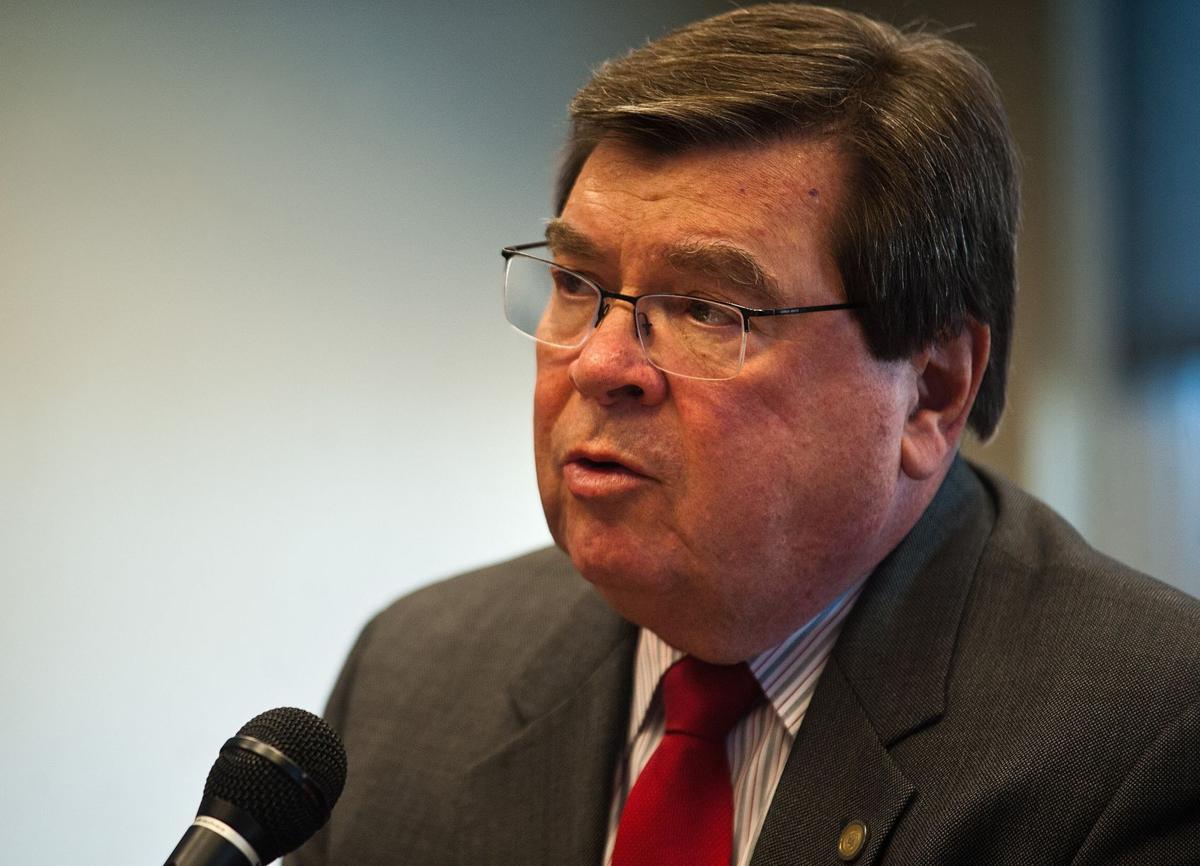 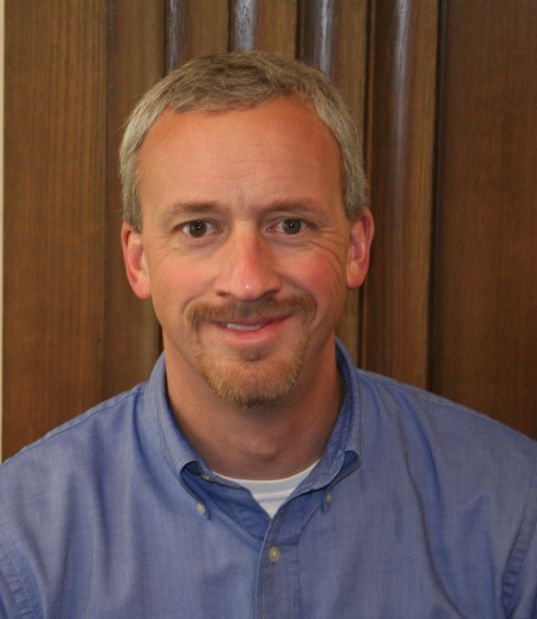