EUREKA — Eureka College has welcomed two employees, six students and a building’s worth of equipment for TV and radio production from Lincoln College, inaugurating the broadcast programs at Eureka.

“I can’t imagine a softer landing than the one we got here,” said Associate Professor of Communication John Malone.

Malone founded the broadcast program at Lincoln College, and now he and TV Operations Manager Bud Broyles are bringing their experience to Eureka. Broyles won a national award last year as the “Best Faculty TV advisor.”

“The years of experience between those two is something to be in awe of,” Eureka President Jamel Wright said.

Eureka held an open house and press conference on Wednesday to share about the WEUR radio station and ECTV. Both are only streaming online, said student manager Spencer Davis, a junior who transferred from Lincoln. Links to the stations can be found on the Eureka website at eureka.edu.

One WEUR program that is making the transition from Lincoln is “The Night Shift,” hosted from 9 p.m. to midnight on Fridays by seniors Joshua Howard and Kenneth Miles and junior Kareem Burnett. It covers a wide variety of topics, pretty much anything the men want to talk about, and plays music in between.

Miles wants to go into radio after he graduates, so he sees the experience as a valuable chance to learn the skills and technical experience he needs to do so. Burnett said he likes having the chance to hang out with his two closest friends each week.

“It’s the perfect way to end the week,” Howard said.

WEUR is primarily a rock station, focused on the 18- to 34-year-old demographic. This winter it is also broadcasting most men and women’s basketball away games, while ECTV is streaming the home games. The station is starting with four cameras at the games but plans to increase that to six cameras total for the games, Broyles said. Other programing they hope to carry includes other events and newscasts.

Sophomore Liam Luken got into TV after seeing the success his brother, Zak Luken, had at Lincoln College in the program. Zak Luken graduated in Lincoln’s final graduating class but has been helping get the programs up and running at Eureka.

Liam Luken is also a comic, and said he thought it would be good to have experience being around cameras.

He is glad to start at Eureka already knowing people and having something to be involved in.

“That’s kind of the biggest thing I was worried about,” he said.

He agreed with Malone that Eureka has been welcoming to the TV and radio students coming from Lincoln.

The program is part of the communications department, and students can sign up for practicum classes in broadcast, Malone said. It is also a co-curricular, though, and any student, no matter their major, can reach out to get involved.

The communications department is in the midst of a self-review, letting the radio and TV stitch in seamlessly, Malone said. He hopes to grow the program to around 30 students in coming years, the same size it was at Lincoln.

The stations have set up shop in Pritchard Hall.

Malone said he tries to take a hands-off approach, trusting the students to run things as much as possible. Davis likes that the stations give students a chance to try their hand at a little bit of everything.

“You learn how to do everything here,” he said.

A group of around seven nurses teamed up with the Bloomington-Normal YMCA to show how they provide health care at a Saturday “Teddy Bear Clinic.”

Illinois State University is adding master's degree programs in public health and marketing analytics, fields which are expected to see above …

French ski resorts: How a snowless town put itself back on the map

French ski resorts: How a snowless town put itself back on the map 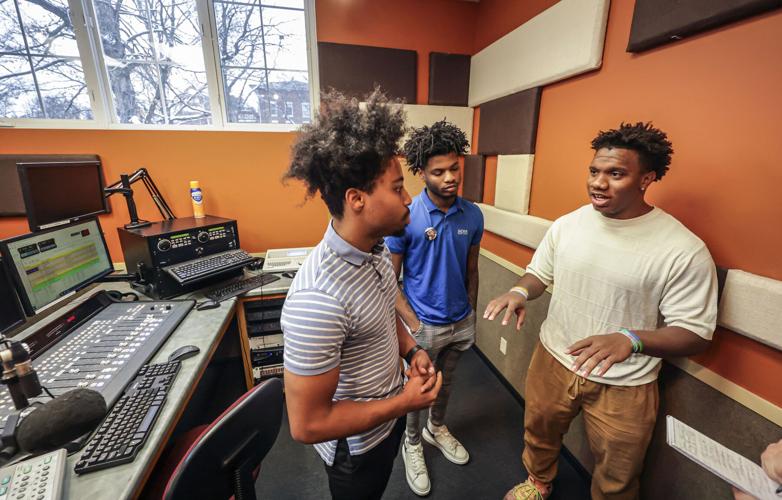 Kenneth Miles, left to right, Kareem Burnett and Joshua Howard talk Wednesday about the broadcast programs at Eureka College. The college held an open house and press conference to share about the WEUR radio station and ECTV. 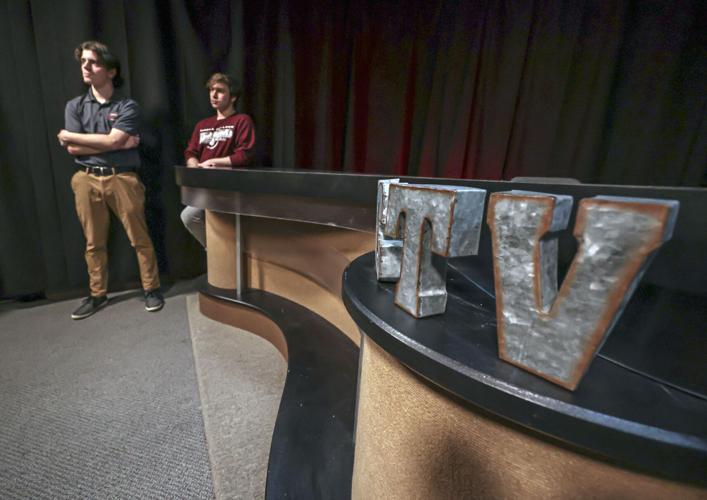