NORMAL — Illinois State University anticipates overall costs related to the COVID-19 pandemic to be close to $46.2 million in the current fiscal year that began July 1.

Dan Stephens, vice president for finance and planning, said about $35.6 million of that is lost revenue, primarily from housing and dining, which is projected to see a $32.9 million revenue decrease.

Of $14.6 million in expenses tied to the pandemic in FY2021, testing costs are estimated to be around $9 million, he said. Another $1.5 million is attributed to information technology expenditures and $4.1 million to other operational costs.

The losses and expenses will be offset by $4 million from the federal CARES Act, he said.

The biggest expense this fiscal year is testing for the coronavirus.

“ISU has been very aggressive with its COVID-19 testing,” said Stephens.

The university contracted with Reditus Laboratories of Pekin to provide on-campus testing of asymptomatic students at a cost of $3 million to $3.5 million. It also is developing a partnership with the University of Illinois – Shield program to set up a lab in ISU’s Science Lab Building for processing saliva-based tests.

The cost for conducting tests and establishing the lab is estimated at $5 million to $5.5 million, said Stephens. Approval of that project is on the agenda for Friday’s ISU board of trustees meeting.

Stephens said the saliva-based tests will yield results in three to five hours compared to 24 to 48 hours for current testing.

The continuing COVID-19 costs come on the heels of the pandemic hitting in spring, causing ISU and other institutions to shut down campus and switch to online learning after spring break.

That includes $18.2 million in refunds, $9.1 million in lost revenue and $2.6 million in additional expenses, offset by $4 million in reimbursement from the federal CARES Act.

Those additional expenses included purchase of computer software and hardware for online learning and extended licenses for Zoom, the online conference platform with which many people are becoming familiar through classes, business meetings and even meetings of public bodies.

Despite the additional expenses and lost revenue, ISU remains in a strong financial position, Stephens said.

“ISU has been a very conservative university. We’ve been fiscally prudent,” he said. “As long as the pandemic doesn’t continue in its aggressive way,” the university will be OK.

ISU has gotten through the pandemic without layoffs, said Stephens.

According to a report this week in the Chronicle of Higher Education, two-thirds of college presidents surveyed indicated they had laid off employees, were in the midst of layoffs or “may implement” layoffs within the next 12 months.

A bright spot for ISU was continued strong enrollment this fall.

ISU is seeking reimbursement from the state for testing costs and Stephens said the leadership team is optimistic that it will be reimbursed if the federal government allocates money for that purpose to the state.

The financial figures don’t tell the whole story about the university’s response to the pandemic, said Stephens.

He pointed to the efforts of faculty who quickly pivoted from in-person to online classes mid-semester in spring and the faculty, staff and administrators who have been working six to seven days a week since then in planning and adapting to the current situation.

“The commitment isn’t reflected in the dollars,” he said. “The entire campus community came together to attack this thing.”

Visit pantagraph.com to see video of U of I and ISU sharing COVID testing methodology

Spring break will go on as scheduled at Illinois State University after its importance to mental health was cited by faculty, staff and students responding to a university survey.

Five more Central Illinoisans — three from McLean County and one each from Woodford and DeWitt counties — have died of COVID-19, public health officials confirmed Tuesday.

The Illinois State University board on Friday authorized contracts with the University of Illinois for COVID-19 testing and with Bloomington-Normal hotels for surge capacity to quarantine students.

Inaction on immigration: A bipartisan problem 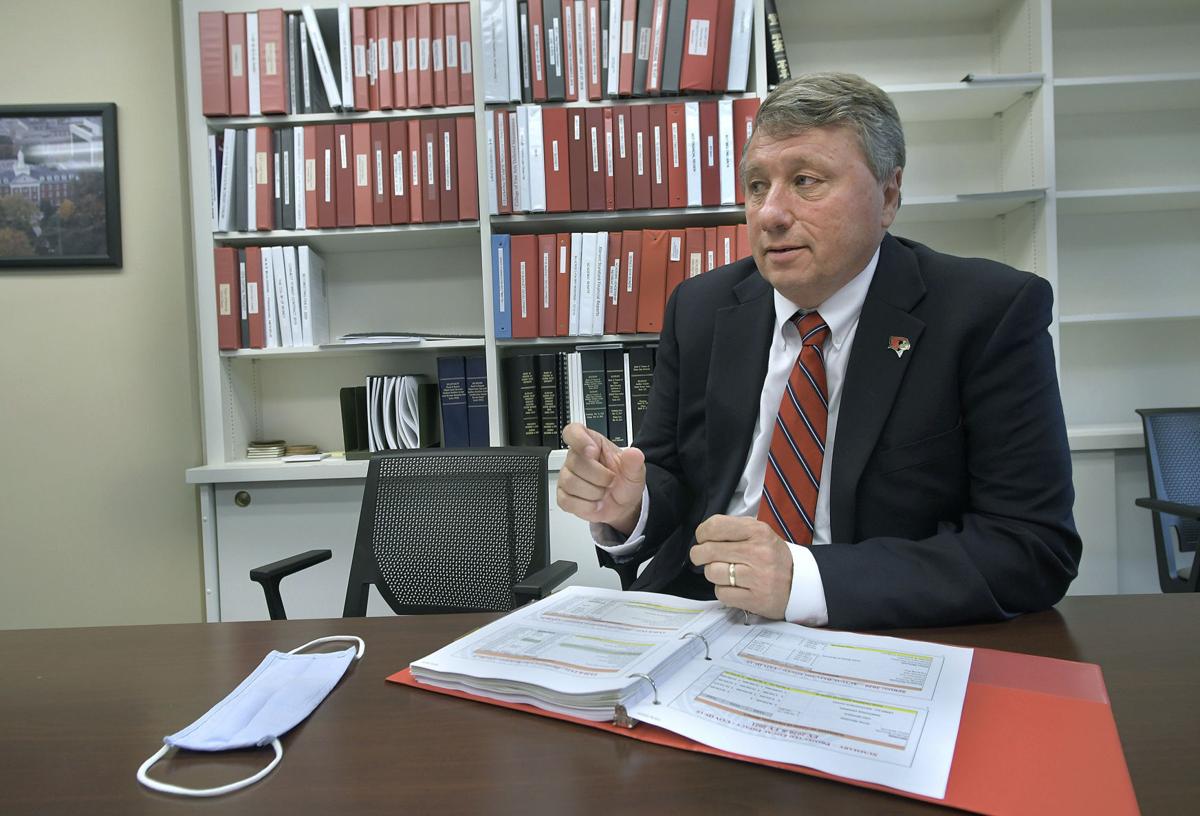 Dan Stephens, Illinois State University vice president for finance and planning, analyzes the impact of COVID-19 on university finances in an interview Monday. Stephens said the university's balance of cash on hand has helped it weather the impact of the coronavirus. 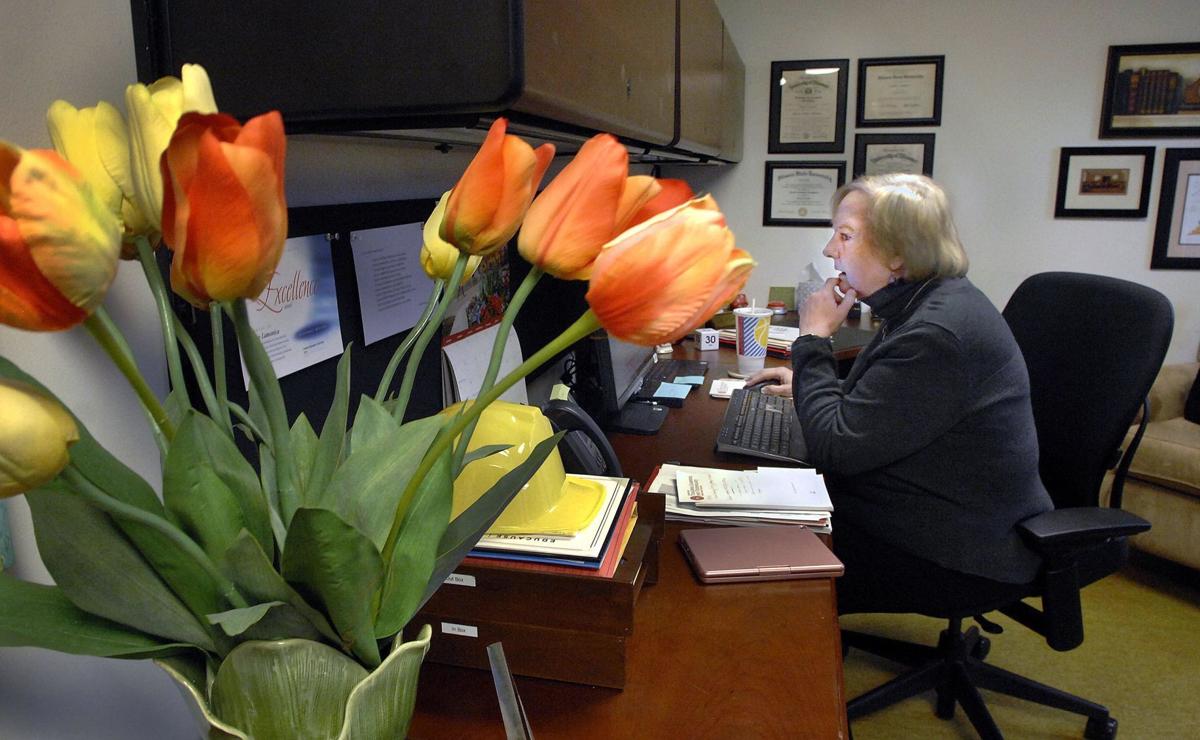 Claire Lamonica, director of Illinois State University's Center for Teaching, Learning, and Technology when the pandemic hit, assisted the university's teaching faculty develop online courses while working in her office in Willliams Hall last March as the impact of COVID-19 was being felt across the campus. She has since retired. Most classes at ISU were moved to online after the campus was closed due to the coronavirus pandemic. The impact of the school's closure and efforts to purchase technology and other supplies to continue classes came at a significant price to the ISU budget. 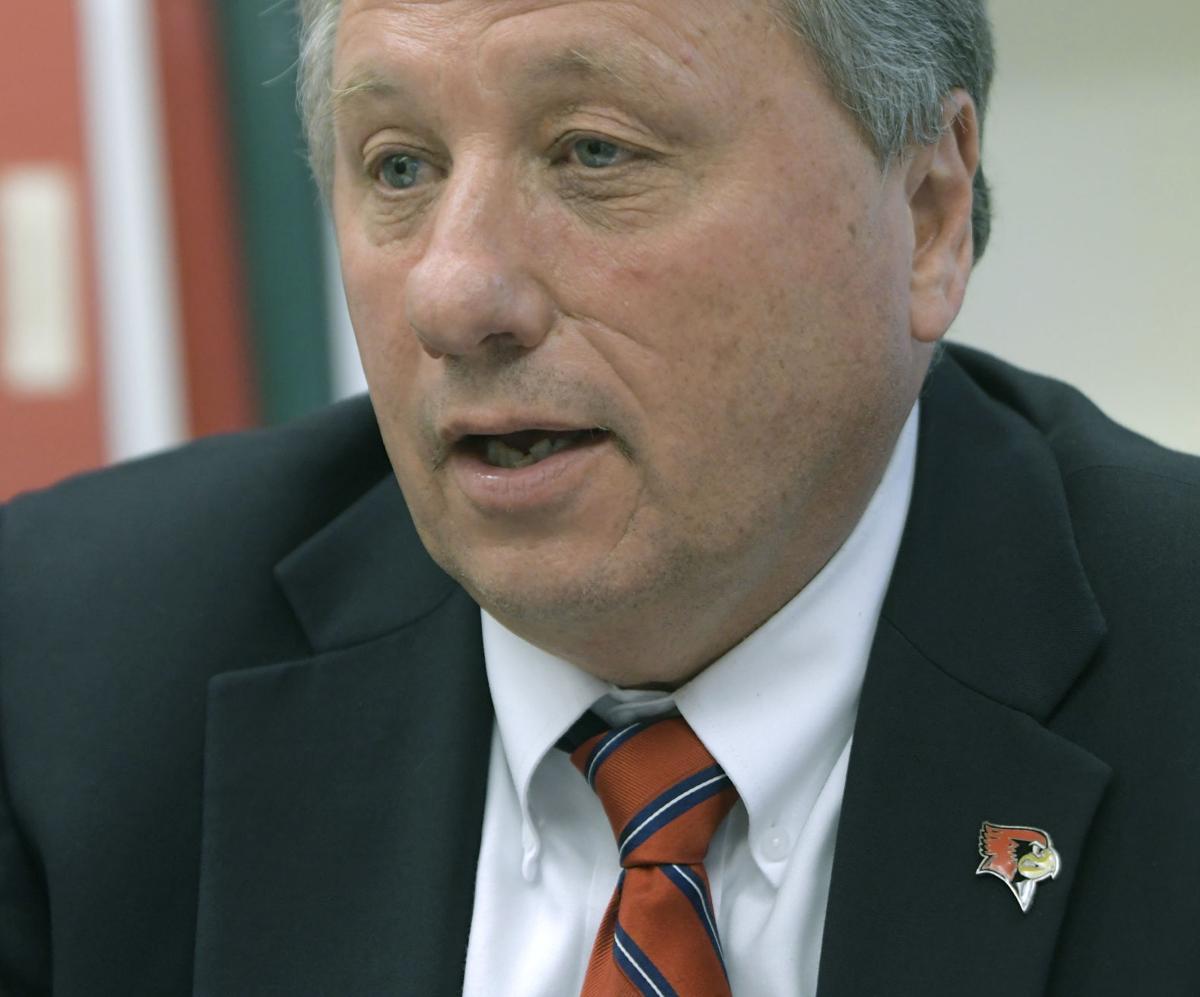 Dan Stephens, Illinois State University vice president for finance and planning, said COVID-19 has had a significant influence on university finances but that the school's financial reserves have somewhat softened the blow to school operations,, Monday, Oct. 12, 2020.