NORMAL — Eureka College, Eastern Illinois University and Illinois State University are three of 24 colleges and universities that have volunteered to help the state create plans to better recruit and retain future teachers of color.

The Illinois State Board of Education announced the pilot program of 24 higher education institutions on Thursday. The pilot schools will be creating best practices ahead of a statewide rollout next year, ISBE’s announcement said.

ISBE is in a three-year plan that includes increasing teacher diversity. The 2021 Illinois Report Card data shows significant racial disparities among the state’s teachers. Trends include lower teacher retention for teachers of color compared to white teachers when looking at teachers returning to the same school. There is also a wide gap between teacher and student demographics, with 82% of teachers identifying as white, compared to 47% of students.

Institutions participating in the pilot program will create draft plans to address barriers to increasing student diversity, the release said.

ISU was also mentioned in ISBE’s meeting on Thursday as a potential example of institutions with higher than average rates of students of color passing license tests. The board heard from Hannah Putnam of the National Council on Teacher Quality about data from the state’s licensure tests.

Putnam discussed the elementary literature and language arts test, which has the lowest pass rate of the elementary licensure tests. Across the state, students of color have lower pass rates on the test, but Putnam noted that ISU is among the institutions whose students are outperforming the state average.

Darren Bailey's 2017 remarks on abortion and the Holocaust

Drought causes French river to be crossable by foot

Drought causes French river to be crossable by foot 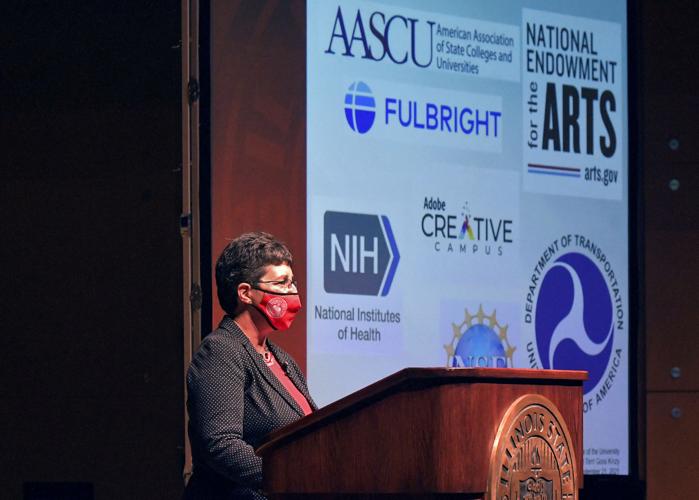 Illinois State University President Terri Goss Kinzy delivers her State of the University address at The Center for the Performing Arts on Sept. 21, 2021. ISU has volunteered to be part of a pilot program to look at ways to increase recruitment adn retention of future teachers of color. 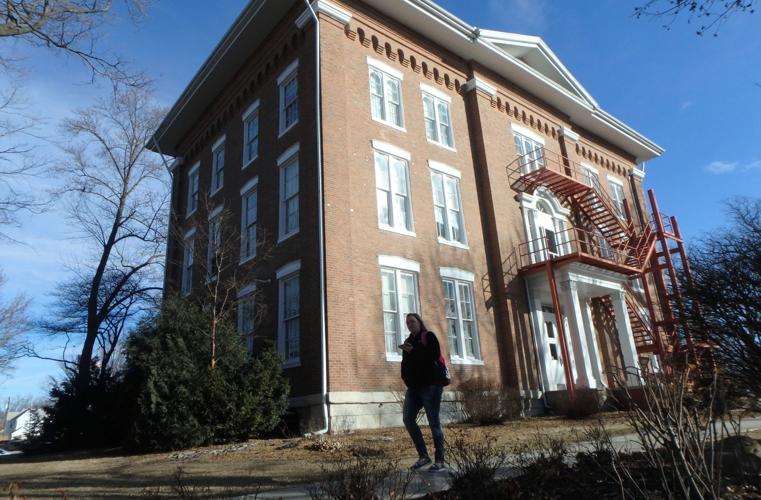 A student walks by Burrus Dickinson Hall on the Eureka College campus in early February 2017. Eureka College will be a part of a pilot program to better recruit and retain students of color who are interested in becoming teachers.