BLOOMINGTON — The Bloomington-Normal NAACP Youth Council will mark its first anniversary by showing a documentary on the experiences of two of the first Black professors at Illinois State University.

“Their history in the Bloomington-Normal community is quite meaningful,” Youth Council President Bradley Ross Jackson said.

The documentary, now in its production phase, will feature an interview done by Youth Council members with Charles and Jeanne Morris, who started as professors at ISU in the 1960s.

A public viewing of the film will take place at 3 p.m. Saturday, Aug. 13, at the McLean County Museum of History.

“It’s nice to have a record of their history,” said Youth Council Vice President Myles Manns.

He said the interview and making the documentary have been an experience he will never forget.

One story the professors shared was about buying a house for use by Black ISU students who had been denied housing opportunities, including on campus, Ross Jackson said.

The Youth Council worked with a professional photographer to film the interview. Each member who participated was able to ask two questions to the Morrises. Ross Jackson said he asked for their thoughts on the supermarket shooting in Buffalo, New York, in May, where the shooter specifically targeted Black people.

“They also taught us how they overcame awful situations back then and played a large role in the civil rights movement (locally),” Ross Jackson said.

The couple retired in 1995, an ISU news article from 2021 said. Charles Morris was a math professor, vice president of administrative services and eventually vice chancellor for academic and student affairs with the Illinois Board of Regents, the former governing body for ISU.

Since their retirement, the couple have created an Educational Equity Endowment Fund to support historically marginalized groups at ISU. They have stayed in the area and have received other recognition for their work, including being named History Makers by the McLean County Museum of History in 2017.

One of the main things Ross Jackson took from the interview was the extent of the impact racism had on the lives of Black people then, and its continued impact today.

The documentary showing next month will also help mark the Youth Council’s first year in existence. The group has around 42 members, Ross Jackson said. He will be a junior at Normal Community High School this coming school year, while Manns will be a freshman at Normal West High School.

“We’re so thankful that we were able to get one started (here),” Bloomington-Normal NAACP President Linda Foster said of the Youth Council.

The group is open to anyone younger than 18, regardless of race, and annual dues are $10. Ross Jackson said he has found the group a great way to build leadership skills and confidence. It also helps address problems in society and gets youth involved in advocating for racial justice, he said.

“Individuals that feel you don’t have a voice, this allows that to happen with support of adults,” Foster said.

“I just wanted to be sure to give back to our community even more,” he said.

More information about the local NAACP chapter, including the Youth Council, can be found at bnnaccp.org.

The sky was free of clouds and hundreds were feeling the freedom at Saturday’s Juneteenth Celebration at Bloomington’s Miller Park.

ISU students are expected to vote this fall for a new student trustee after the man elected this spring was deemed ineligible. 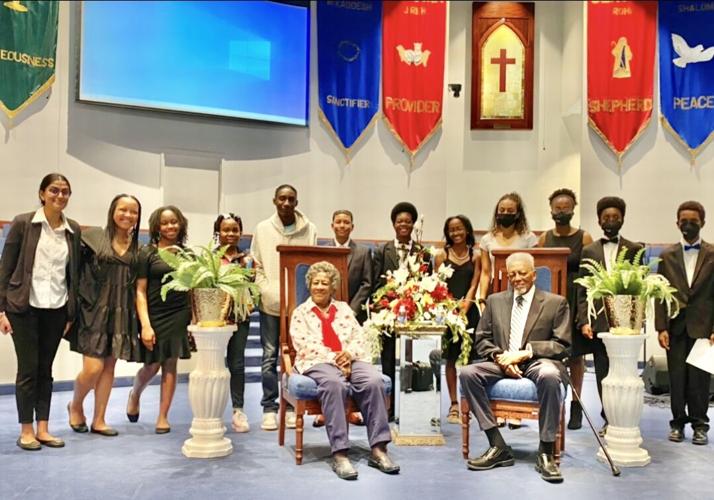 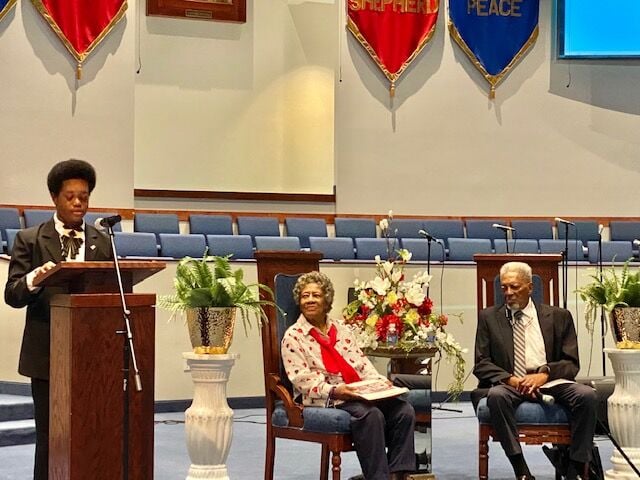 Bloomington-Normal NAACP Youth Council President Bradley Ross Jackson asks a question of Jeanne and Charles Morris during an interview the group did with the retired ISU professors. 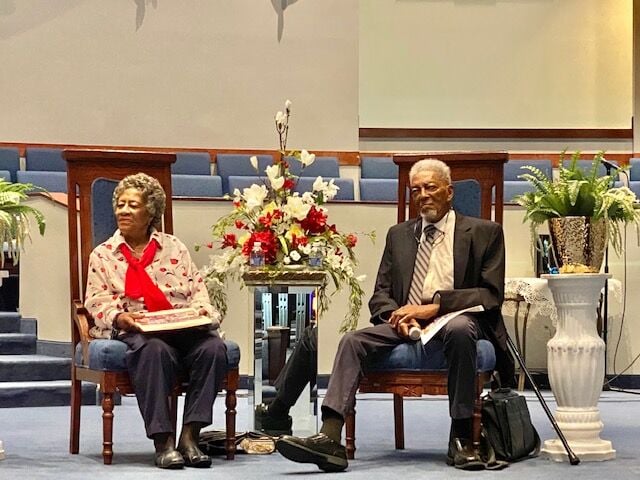 Jeanne Morris and Charles Morris sit during an interview with the Bloomington-Normal NAACP Youth Council.