BLOOMINGTON — Four Bloomington High School students are facing expulsion after fights broke out this week and sent a resource officer to the hospital.

Superintendent Barry Reilly said a total of eight students were involved in three fights on Monday, all facing a “very lengthy suspension.”

“I will recommend as many as four for expulsion for at least the balance of this year and perhaps even the next school year,” he said Wednesday. “Just because the safety of the kids and staff and other students is really important. I’m not convinced that bringing these kids back would be a safe environment for everyone.

“We have reason to believe that their presence at the school can present an ongoing threat to themselves and others, and I am simply not willing to have that.”

The first two fights each involved two students and broke out close to lunchtime Monday. At the end of the school day, the largest of the three fights began with two students but escalated to involve four in a common area near the school entrance.

“That one was a pretty disturbing fight for sure,” Reilly said. “Lots of kids around and the potential for people to get hurt.”

Scott Day, the school resource officer, was the only person hurt during the altercation. He went to a local hospital for his injuries, but by school dismissal on Wednesday, Reilly said Day was resting at home “and I expect him back at work very soon.”

Several adults and some students tried to intervene in the fight and de-escalate the situation. During the fight, BHS Athletic Director Tony Bauman was thrown to the ground, but Reilly said he was not hurt.

“Unfortunately we couldn’t get it diffused quickly enough so no one would get hurt,” he said. “Fortunately the resource officer was the only individual to get hurt, because that type of event can certainly lead to others getting hurt, not just the (students) who were involved, but innocent people who were standing nearby.”

The students who staff believe initiated the third fight had previous conflicts rooting in issues outside the school, the superintendent said.

“So when their paths cross at school, the opportunities for those conflicts kind of grow. Had we been aware of that, we would have been able to take some proactive steps to try to diffuse that, meaning that we could do some conflict resolution, we could do some restorative practices with the kids,” Reilly said. “That obviously didn’t happen.”

The school administrators have worked with police and the McLean County State’s Attorney’s Office, and Reilly said criminal charges are pending against at least one student. Further details were not available Wednesday afternoon.

“The consequences for this will be extremely severe. I hope that anyone who thinks it’s OK to do this understands you will face severe consequences for your actions,” Reilly said, noting the expulsion hearings likely will begin next week in closed session school board meetings.

Spending the last year and a half without being in school consistently may have contributed to students taking longer to get "reestablished with norms, expectations and just general stamina to be in school every day for full days,” Reilly said. “I think that has definitely contributed to some challenges for some, but we’re beginning to see that leveling off.”

“Every year, the students will select a project to present to council, and like anything else, we don’t know what the outcome will be.”

Twenty years later, McLean County high schoolers lack memory but not interest in the attacks of 9/11.

Despite “high levels of frustration” among some community members, the district’s priority remains “educating our students in person every day,” Superintendent Kristen Weikle said.

In late 2020, Axel Riordan was diagnosed with a rare genetic disorder called metachromatic leukodystrophy. The disease affects the body's cells, causing symptoms that can include muscle rigidity, seizures and loss of vision.

Iowa-based Bush Development LLC has pulled out of agreements to build the planned four-story Trail East building in uptown Normal.

The Bloomington District 87 school board met Monday, but the student’s parent agreed to withdraw and enroll in the Regional Alternative School.

Two Kingsley Junior High students have been expelled for their role in a fight at the school earlier this month.

NASA prepares return to the moon

NASA prepares return to the moon 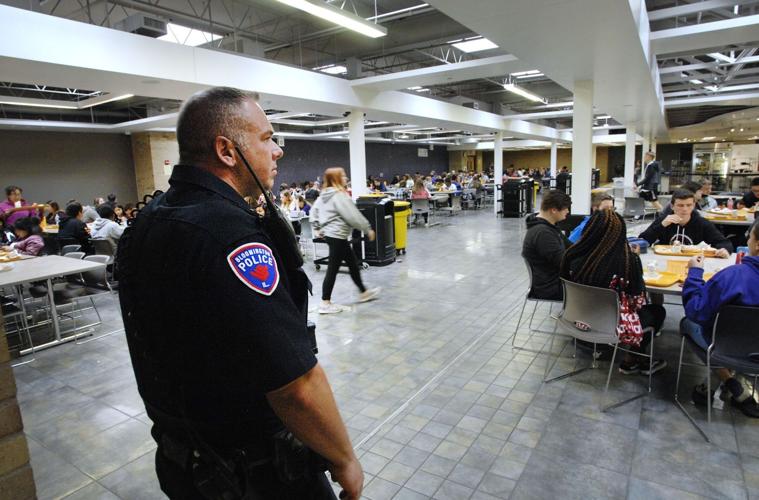 Bloomington police resource officer Scott Day helps monitor behavior in the cafeteria Friday, April 19, 2019, at Bloomington High School. Day said getting to know students and helping them with any issues in their lives is far more rewarding than making arrests. 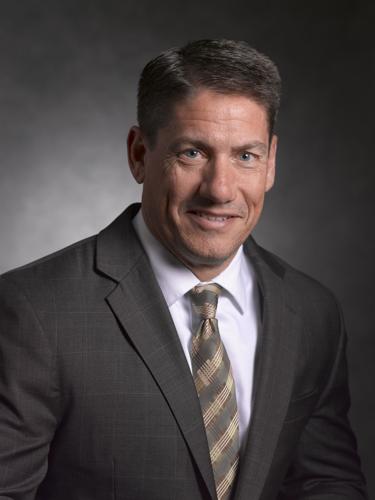