BLOOMINGTON — After 20-year-old Roy Ward Jr. was fatally shot in September 2021 outside of an apartment party on Traders Circle in Normal, his mother went into survival mode.

Lynette White said she felt like she would be the next victim. She packed up everything in a panic and moved out of her house in Peoria.

Tomeka Love’s 17-year-old son, Kanye Stowers, died in the early morning of Saturday, April 9. He had been shot late the night before outside of a party on Mill Street, just blocks from the Bloomington police station, per initial law enforcement reports.

The pull of a trigger forced an early end to both these two young men’s lives. While they didn’t know each other, the stories of their killings, though months apart, share similar pages as police attempt to fill in the blanks. Both were visiting the Twin Cities to attend parties that would become the scenes of their homicides. Police in both cases say there are dozens of potential witnesses that either “saw nothing” or haven’t come forward.

Three Peoria parents — including father Roy Ward Sr., who said he’s now lost both of his only sons — are grieving their losses. They’re hoping for someone to come forward to deliver them answers and justice.

‘He brought the sunshine’

“When they took my son, they took a part of me with him, and the only thing I can’t get out here is justice,” Love said.

In the moments after Stowers’ death, his mother said, she was shocked and devastated.

Her son had enrolled at Illinois Central College before he died, she said. When his classmates began walking for their diplomas at the Richwoods High School graduation ceremony, “it completely messed me up.”

It’s been very hard on her other children, too, she added.

Stowers loved to eat, his mother said. On top of a budding high school sports career and a passion for producing rap music, Love said her son had good spirits that would lift others up.

“Kept me laughing all the time,” she said. “His humor always brought the sunshine.”

She said Stowers worked two jobs, and followed the lead of his two brothers on the football team. Her three boys filled in on defense, linebacker and tackle, she said.

Roy Ward Jr. was handy in the kitchen, and White said her son made “the best ribs that I have ever had.”

His father agreed, adding that Ward shared his cooking skills with him. Roy Ward Sr. said he shared his son’s cooking tips with everyone.

White also noted her son bought, fixed up and sold cars for a profit. He had purchased 30 cars by the time he was 20.

“He loved cars,” she said, noting that included anything fast or with a Hemi engine in it.

Roy Ward Sr. said his son was a “jack of all trades,” had just a small group of friends, and didn’t smoke or drink. White said he tried to keep children in Peoria out of trouble, by hosting water balloon fights or making slip-n-slides at parks, and holding milk-crate climbing challenges.

“He did anything he could do to keep the kids occupied,” she said.

Before he died, the mother said, her son was planning a birthday celebration, with a large meal and rental bouncy houses arranged at a park.

“He had a big, big barbecue grill,” White said, “so big, that he wanted everyone to come and eat.”

She planned on making the side dishes, but that party was never held. On Sept. 22, 2021, Roy Ward Jr. died — just a day before his 21st birthday, said his mother.

‘No one saw anything’

When contacted by The Pantagraph, both municipal police departments for Bloomington and Normal confirmed their respective cases for Stowers and Ward are actively under investigation. Each continue to seek help from the public.

Officer Brandt Parsley, spokesman for the Bloomington Police Department, said they’ve seen a noticeable level of non-cooperation from the public in cases like Stowers’.

He said there are several examples of shots-fired incidents at parties, or other venues with 50 to 100 people present. In such instances, Parsley said, they’re told “nobody saw anything,” and no one comes forward.

“It used to not be that way,” said Parsley.

That lack of investigative assistance is their No. 1 complaint, he said.

Watch now: See the map of where new Bloomington police cameras are planned

“By remaining silent, it makes it difficult for police to hold people accountable,” she said.

Reynolds also said there are people who do the right thing every day, and they should be able go to parties without worrying about being harmed.

And if people are not held accountable, the county’s top prosecutor said that fear will persist.

He said the homicide victim was at a party with hundreds of people present, but none have come forward with information on the suspect, where they work or what car they drive. Edmiaston said it could be that no one saw it happen.

He said they’ve had some cooperation in his case, but not the eyewitnesses they need.

Edmiaston said he hasn’t seen a trend of people being uncooperative with police. They’ve had that issue with some cases, but not others.

Generally speaking, he said investigators run at full speed until they hit a roadblock.

“It’s not something we drop after 48 hours,” he said of homicide investigations.

Once they’ve talked to all they can, and gathered all physical evidence available, Edmiaston said they switch to a digital approach. He said they identify cameras, cellphone data and other items they can subpoena records for. Edmiaston said that takes time — but they don’t put the case on pause. He said they keep looking for potential witnesses, and checking with friends of friends.

If they’re still stuck after that, he said they might reassign the case to a different detective to give it another perspective.

The police lieutenant said bringing justice to homicide victims, as well as closure to their families, is certainly a priority for NPD.

“Anytime somebody dies unlawfully, it’s our highest priority,” Edmiaston said, adding they are very motivated to solve those crimes.

Parsley echoed that statement. He said ensuring people face the consequences of their actions is a top priority.

He said their detectives are “ultra-motivated” to solve their cases and bring closure to homicide victims’ families.

“It’s a daily reminder that that (offender is) still out there and they’re highly motivated to get that taken care of for the family,” Parsley said.

Proeber: Who will be watching?

For those gun violence survivors still without justice, it’s a tough wait.

Love missed her son this Thanksgiving holiday, but said his killer’s family didn’t have to have an empty seat at their table. That angered her, but she said it’s not about revenge. She said God will judge Stowers’ killer.

“I hope and pray it will be sooner than later,” she said.

Love said her kids constantly ask her for updates on the investigation. She said she’s proactive with reaching out to BPD, but has heard the same response each time.

Love said that means she’d be able to sleep at night, and tell her kids to drive over for the trial. But Love is still waiting.

She said she’s tired of hearing the same story, and she’ll continue to urge BPD investigators to work harder on the case.

White said she needs people to speak up, because her son was a very loved person. She added Roy Ward Jr. loved everybody.

“Tell them what happened so we can get justice for our son,” she urged.

Those wishing to provide information on the homicide of Kanye Stowers are asked to call Bloomington Police Department Det. Brad Melton at 309-434-2537 or email him at bmelton@cityblm.org.

Anonymous tips on the case can also be given to BPD’s crime and intelligence analysis unit by calling 309-434-2963 or emailing CIAU@cityblm.org.

Those wishing to provide information on the homicide of Roy Ward Jr. are asked to call the Normal Police Department at 309-45-9535. Anonymous tips can also be given at that number.

OUR VIEW: Sunshine Week is a good time for change

Sunday begins Sunshine Week, started in 2005 by the American Society of News Editors.

Pearl Harbor Day ceremony to be held in Bloomington

A Pearl Harbor Day ceremony will be held Wednesday in downtown Bloomington. Details:

NASA finalizing list of astronauts for the Artemis moon mission

NASA finalizing list of astronauts for the Artemis moon mission 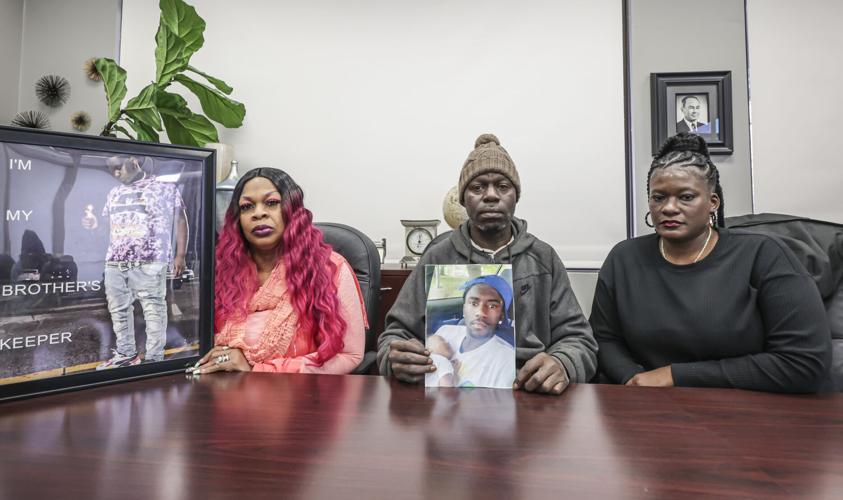 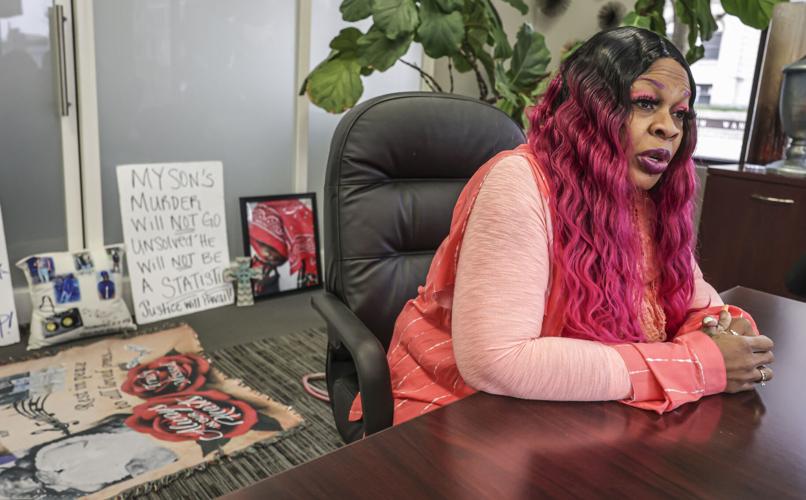 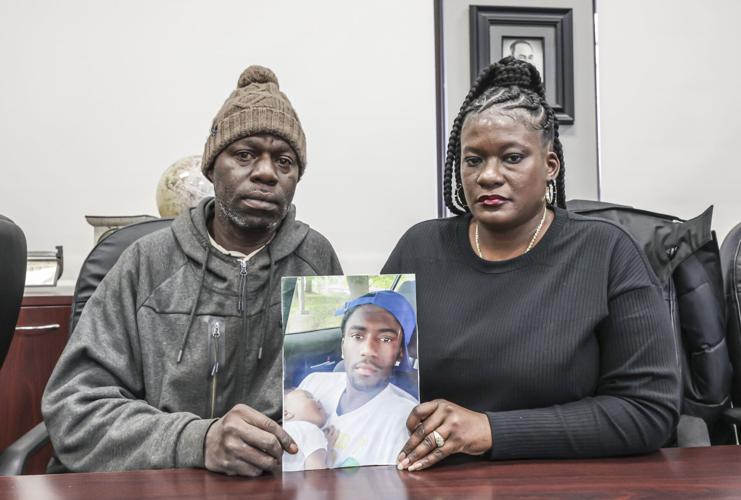 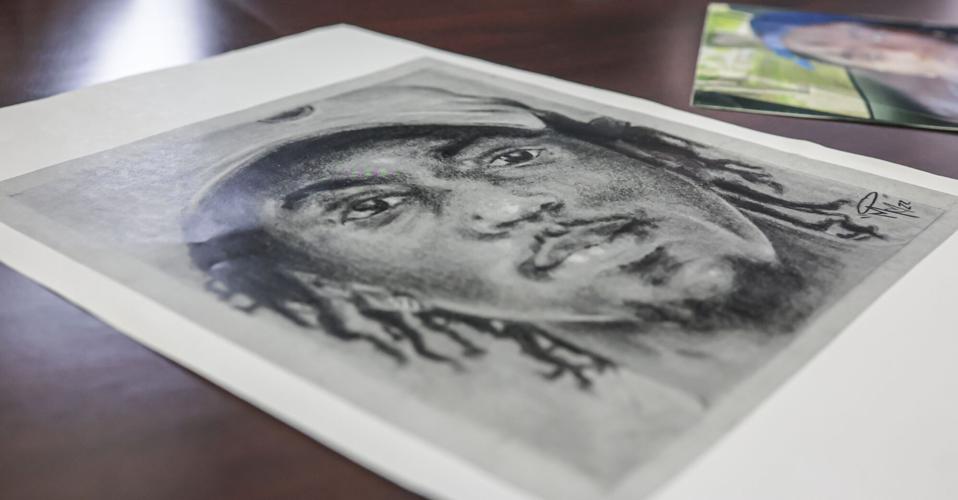 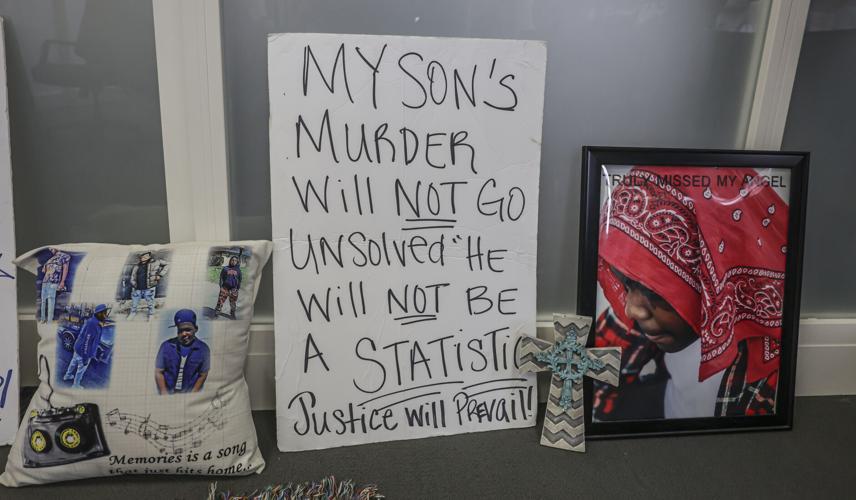