BLOOMINGTON — The mother of a Bloomington girl is asking the U.S. Supreme Court to review a McLean County judge’s decision to give custody of her daughter to the child’s grandparents.

Kourtney Herman lost custody of her daughter, referred to in court records as J.H., in October 2016 after she failed to convince Judge William Yoder that she had been an active parent to the child, who was 8 when the petition for custody was filed by Crystal Young and her husband, Dr. Michael Young.

Unlike most custody cases where individuals lose their parental rights because of allegations of abuse and neglect, no such accusations were filed by the state against the mother. Crystal Young, who is Herman’s former boyfriend's mother, argued in her petition for custody that she and her husband had provided much of the child’s care since infancy and were in the best position to provide for her needs.

Herman's lawyer, Jeff Lindsay, is raising a constitutional challenge to an Illinois law that allows any third party to file for custody without regard to how the parties may be related, or whether the child was harmed by the parents.

The petition also asks the court to consider if Herman was entitled to a hearing on the relationship issue before the judge considered what was in the overall best interest of the child.

The Supreme Court is scheduled to review Herman's case on Friday for possible placement on the court's docket. A review of the McLean County case by the high court is an important step in Herman's efforts to regain custody, said Lindsay.

"The law and the facts favor my client, the mother. I remain hopeful that justice will prevail," he said.

In his brief to the Supreme Court, Lindsay compares Herman’s case to the current national crisis underway among immigrant parents who have been separated from their children.

“If federal law grants the power to reunite non-citizen children with their parents absent a finding of unfitness or harm, this Court, in applying the Constitution has the right to reunite a U.S. citizen child with her parent and sibling under the same standard,” argues the brief.

The custody dispute between Herman and Young started in 2015 after Herman greatly reduced the time her daughter was allowed to spend at the Youngs' home. According to Herman, her daughter asked for more time with her neighborhood friends. The disagreement between the two women erupted into a screaming match at a school bus stop in the fall of 2015, state court records.

Two days after filing her petition for custody on Dec. 2, 2015, Young was granted an order of protection that placed the child in her home.

In a statement provided by their attorney Gina Wood, the Youngs said “after numerous hearings and several days of trial, the trial court issued an order articulating its findings and rulings. The 4th District Appellate Court affirmed those rulings within a lengthy and reasoned opinion. The Illinois Supreme Court denied Ms. Herman’s petition for leave to appeal.”

Herman still fights back tears when she recalls the day she received the legal paperwork at a Bloomington nursing home where she works as a CNA.

“I don’t understand why she (Crystal Young) did it. She just wanted to hurt me and she could afford to do it. I didn’t under understand how they could take my child,” said Herman.

Now a sixth grader, J.H. spends one night a week and every other weekend with her mother and teenage brother.

Herman, 37, admits she struggled as a single parent to raise the child without support from her former boyfriend, David Herron, who is Crystal Young’s son. J.H. often stayed at the Youngs' home, said Herman. The grandparents paid for some educational expenses, dance and gymnastics lessons, and took the child on vacations. The mother acknowledged her child benefited greatly from the grandparents' income of more than $400,000, state court records.

The mother and grandmother disagree, however, on what is in the child’s best interest when it comes to a primary caregiver.

During five days of hearings in 2016, the grandparents claimed they had assumed most of the responsibilities for raising J.H. when she was about 2 months old. The loss of Herman’s driver’s license after a 2006 DUI (she has since obtained a license) and the extensive amount of time J.H. spent with the grandparents were raised in court. The Youngs also had concerns about Herman’s tentative plans to move to Florida where she has family.

Witnesses for each side testified they saw the child living at both homes and a doctor testified that Herman and Young both attended visits with the child. Teachers recalled both women at school events and conferences for J.H.

Bloomington lawyer Helen Ogar, who served as court-appointed guardian for the child, visited J.H. at Herman’s apartment and the Youngs' home in an east-side Bloomington subdivision.

“Both households showed (the child) a great deal of love,” said Ogar.

J.H. was unable to specify what she thought of as her primary residence, but "her perception was that they were one big family," said Ogar's report that recommended that Herman and Young share decision-making for J.H. If the child was returned home, the Youngs should be given "extensive parenting time," states the report.

In his ruling giving custody to the Youngs, Yoder noted the child’s desire was for "the status quo.”

The judge said Herman indefinitely surrendered her parental duties when Young became “the primary caregiver” for J.H. Herman’s “continued relationship with (the child) was more of a visitation with her,” the judge ruled.

The 4th District Appellate Court upheld Yoder’s decision, saying the mother's arrangement with the Youngs to "co-parent" J.H. amounted to her voluntary relinquishment of parental responsibilities.

Court documents indicate she knowingly took $14,000 belonging to Love's Travel Stop in LeRoy, where she was employed.

Three Peoria parents, who've lost children to gun violence in the Twin Cities, continue their wait for answers and closure. They urge people to come forward with information.

A third suspect has been arrested in Normal related to the investigation of suspicious vehicles at the Shoppes at College Hills.

A Bloomington man has been sentenced to 30 months probation after pleading guilty in a drug case.

A 27-year-old man in custody at the McLean County Jail is charged with aggravated battery against a correctional officer.

Gordon D. Lessen, 36, was sentenced on Friday to two years in prison for a charge of aggravated battery.

Normal police said officers were called to the Target parking lot about 2 p.m. and had a large presence in the area for about an hour.

A Normal man is in custody after police said they found a loaded firearm in his vehicle during a traffic stop.

A Bloomington man faces domestic battery charges alleging that he struck and choked a pregnant woman.

DR Congo says more than 270 killed in massacre by rebels

Most curse words have a common feature no matter what language

Most curse words have a common feature no matter what language 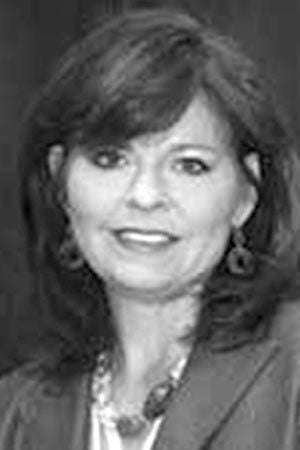 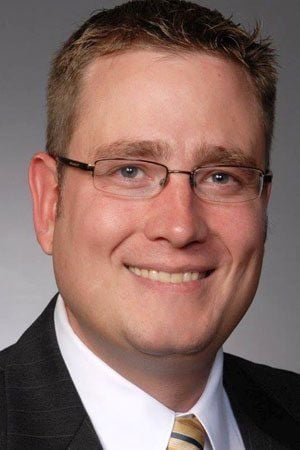