Become a Member
Read Today's E-edition
Share This
Is there a dress code for McLean County courts?
0 Comments
Share this

BLOOMINGTON — For a first date, a job interview, first day of school or a court appearance, many people might live by the notion “dress to impress.” But for your court date, who are you trying to impress, and does it matter?

The effects are more likely to be subconscious and minimal, but one must at least wear a shirt.

“I know they’ve had people try to come into the building without shirts on for court and they’ve been told that you have to at least have a shirt on for court,” said defense lawyer Brendan Bukalski, of Johnson Law Group in Bloomington.

Little research has gone into the potential effects of a defendant's courtroom attire on a verdict. One study by Kateri Schafer at Winona State University did not find statistical significance.

"Because no significant results were produced, this could partly show that defendants’ attire does not play a role in jurors’ verdicts and jurors do for the most part base their verdict on evidence," Schafer wrote. "While this would be the ideal result, with all the previous research on appearance, we do know that intervening factors often do play a role in the decision making process."

Nevertheless, Bukalski advises his clients to dress a bit more formal “all the time,” because he said wearing something nicer is a “sign of respect” and “it certainly sends a signal that you’re taking it more seriously.”

Some court systems are more rigid. In Liberty County, Georgia, for example, the rules state: "No one entering the courtroom shall wear jeans, shorts or hats. No scrubs, work uniforms or sweatpants shall be allowed."

In northern Illinois, the 19th Judicial Circuit Court website says: "Dress as though you were going to an important job interview. Shorts, bare feet, tank tops, halter tops, sandals, hats and other very casual clothing are not acceptable."

Eleventh Circuit Court Chief Judge Mark Fellheimer said the McLean County Law and Justice Center does not have a dress code for members of the public. He said issues about someone’s attire are extremely rare.

Mark Messman, an attorney with the McLean County Public Defender’s Office, recalls a woman who was arrested for drunken driving on a New Year’s Eve and appeared in court wearing the same party dress and heels she wore during the arrest. Her lawyer, Messman said, wanted “to demonstrate that it would’ve been difficult for her to perform the sobriety test in the outfit she was wearing.”

Messman said if he’s asked by a client about attire, then he suggests wearing something formal. He said in the broader sense of the situation, clothing is not what’s important.

“I have had people tell me that it doesn’t matter,” Messman said. “I guess the implication is that whoever – the judge or the jury – is going to decide the case based on the facts and the evidence and not what they’re wearing.”

The threshold for what clothing is obscene or revealing enough for a person to be removed from a courtroom depends on the judge, as each one has discretion how to operate their own courtroom.

“You don’t want someone walking into the back of your courtroom with ‘F the court’ on it or something like that,” Fellheimer said, but he noted that what may be offensive to one judge does not mean it wouldn’t fly with another judge.

Fellheimer added that in the rare instance that a judge deems someone’s attire inappropriate, they typically would say something discreetly on the side to dress differently next time. But it’s not on judges to tell defendants how to dress for a hearing or trial, he said.

Bukalski said he tells his clients to dress up “if you can.”

“I emphasize ‘can’ because I’ve never told anybody go out and buy a suit if you don’t have one,” he said. “I don’t think a judge looks at somebody dressed nicely and because they can afford that nice suit they treat them differently.”

Judge Paul Lawrence, who was a defense lawyer before joining the bench nearly 20 years ago, agreed. He said that during his time with the McLean County Public Defender’s office, “I always wanted my client to look good.”

“I think a lot of times judges – we’re not staring at people’s clothing,” Lawrence said. “We’re not too concerned about it unless it’s just outlandish.”

Likely the most important time a defendant’s clothing matters is when they are held in the jail’s custody during their jury trial. To maintain a presumption of innocence, the defendant will change from jail clothes into street clothes and have their shackles removed before entering the courtroom.

“You don’t want the jury to look at what they’re wearing and ascribe any type of criminal intent or criminal conduct to the fact that they’re in custody,” said McLean County State’s Attorney Don Knapp.

Overall, the judges and lawyers agreed, McLean County court attendees have dressed fairly appropriately over the years and none could recall any significant issues or disruptions.

They did agree, however, that general courthouse attire has evolved over time to a more relaxed style in coordination with society’s fashion trends.

There is a dress code for attorneys, however – a suit jacket and tie for male lawyers and similar business attire for female lawyers.

The court relaxed that dress code a few weeks into the COVID-19 pandemic to no longer require certain articles of clothing that don't have to be washed between wearing, such as ties and suit jackets.

The court recently reverted to the traditional dress code for lawyers as more people have been vaccinated against COVID-19.

The current dress code is as strict as it will be for the courthouse. Fellheimer said it’s not ideal to require members of the public to wear specific clothing.

“It’s impossible to have a dress code, just like schools struggle, I’m sure daily, with a dress code,” Fellheimer said. “I don’t have a formal to a tee what is and what isn’t allowed because as soon as we do that there’s exceptions all over the place.”

The sentencing for a Bloomington man convicted in a 2018 triple murder was delayed Monday when the defendant refused to reappear in court after a lengthy hearing. 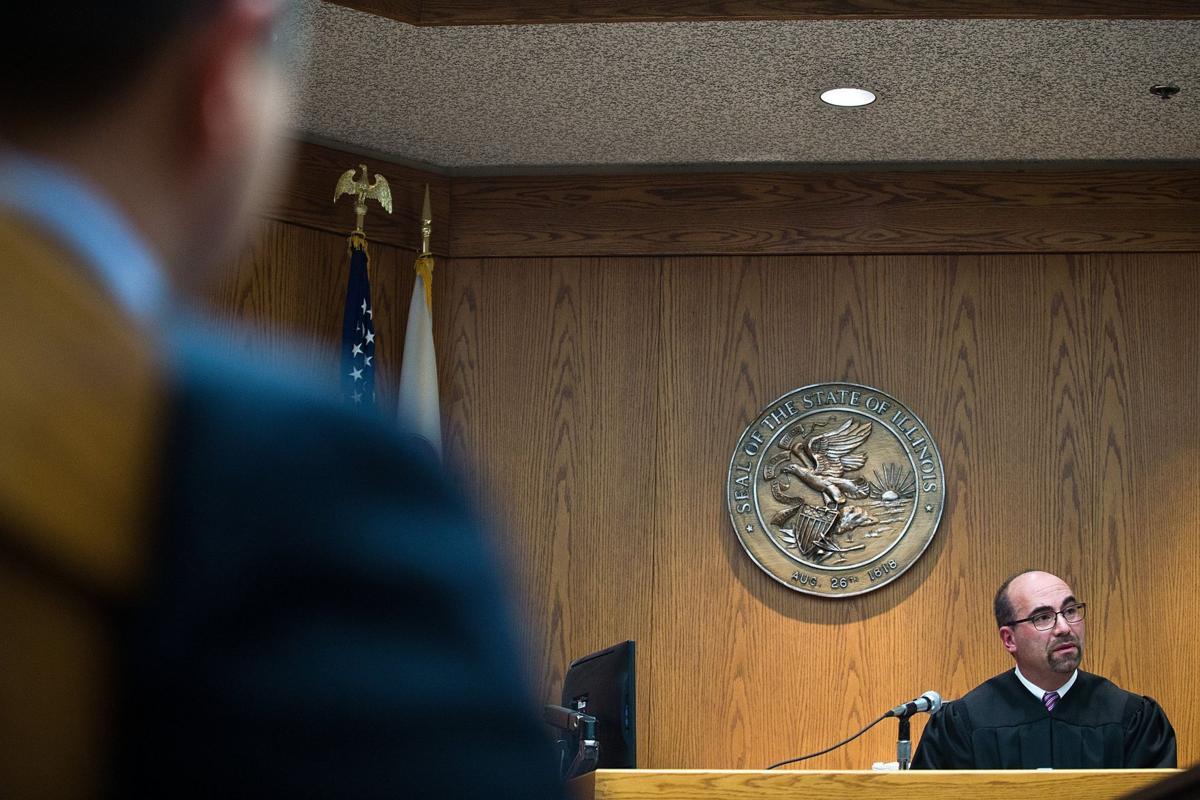 Judicial Circuit Chief Judge Mark Fellheimer said the McLean County Law and Justice Center does not have a dress code for members of the public. 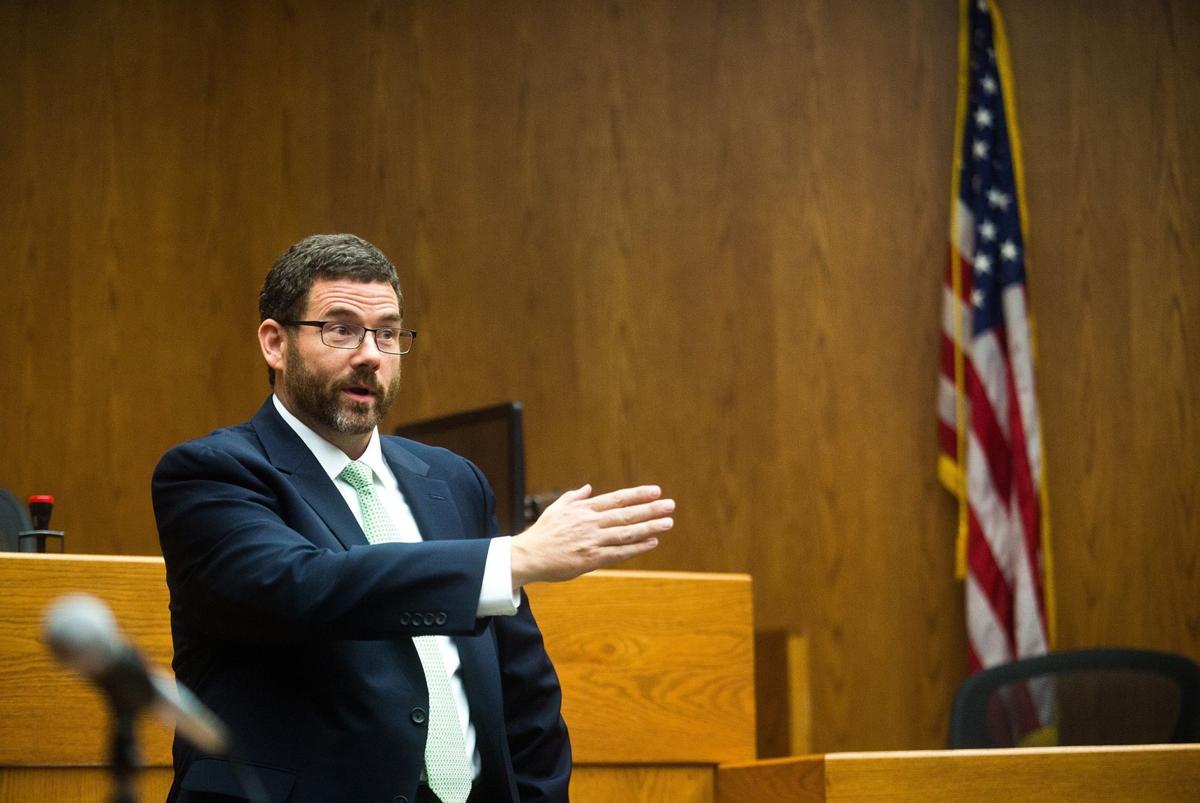 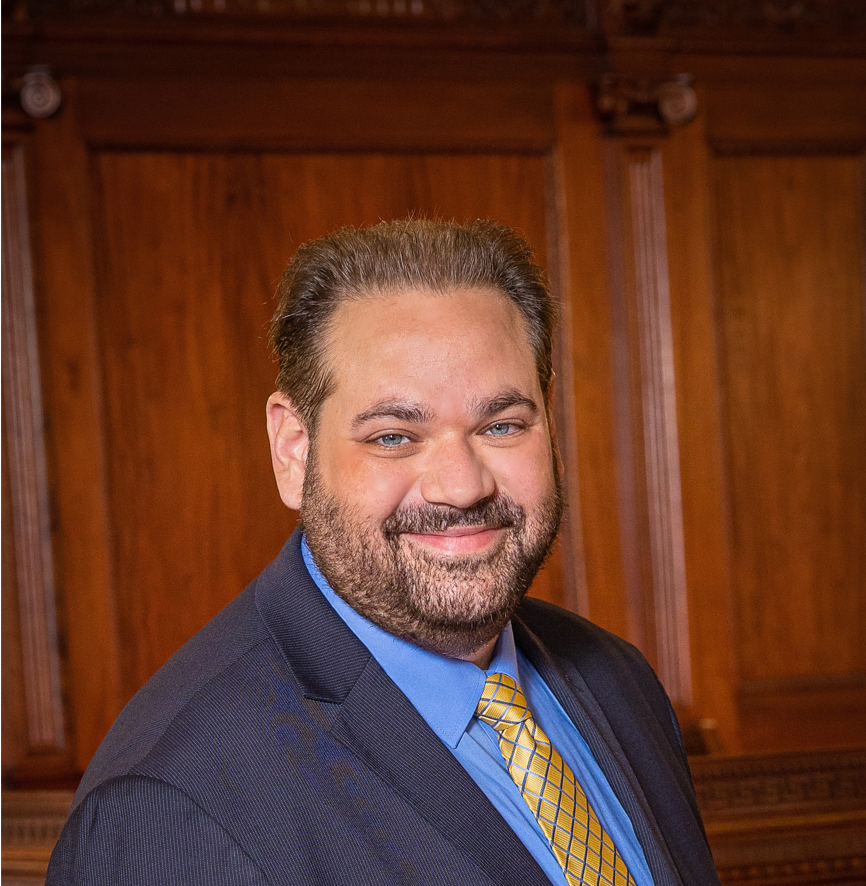 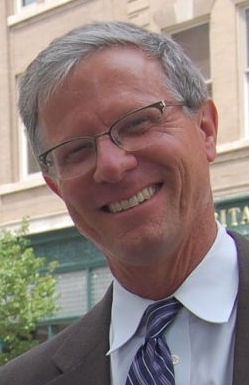