Become a Member
Read Today's E-edition
Share This
'A history of defiance,' judge says, sentencing Grampsas to 45 years for role in Bloomington murder
0 Comments
Share this 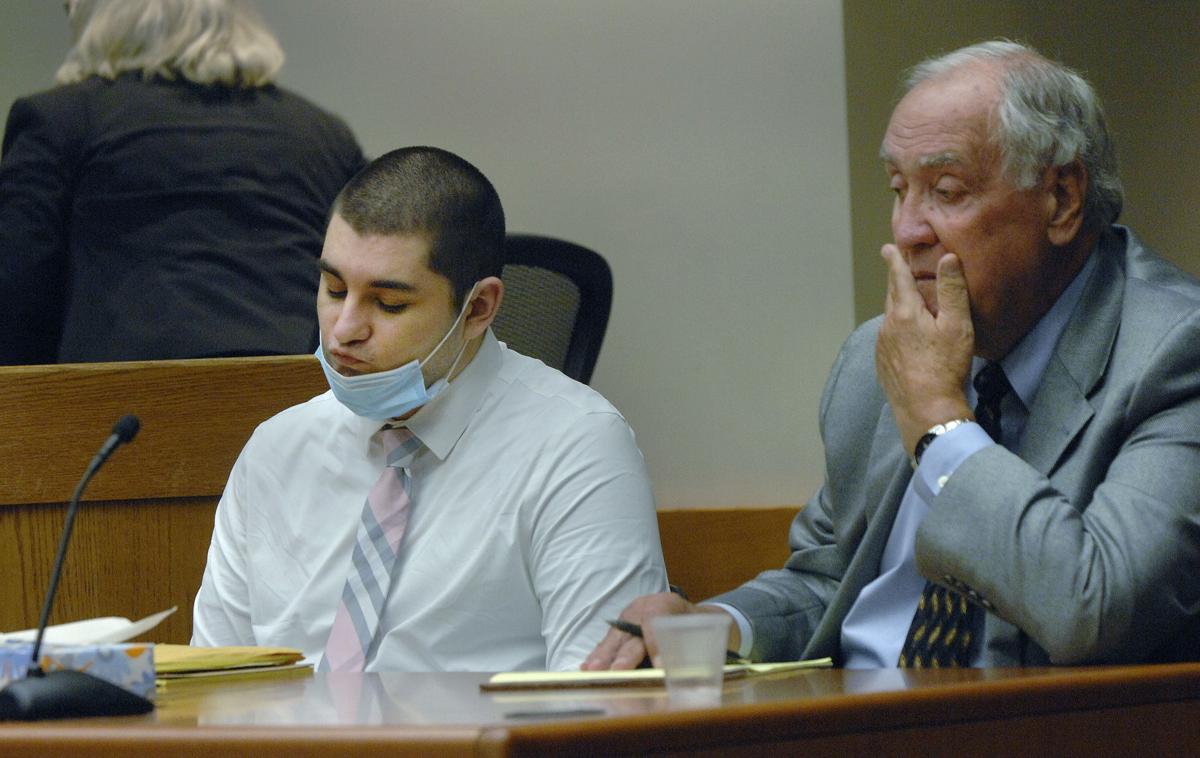 Anthony Grampsas, left, and his attorney, Steve Skelton, react Thursday, July 23, 2020, after a jury in McLean County Court found Grampsas guilty for the death of Egerton Dover of Bloomington. 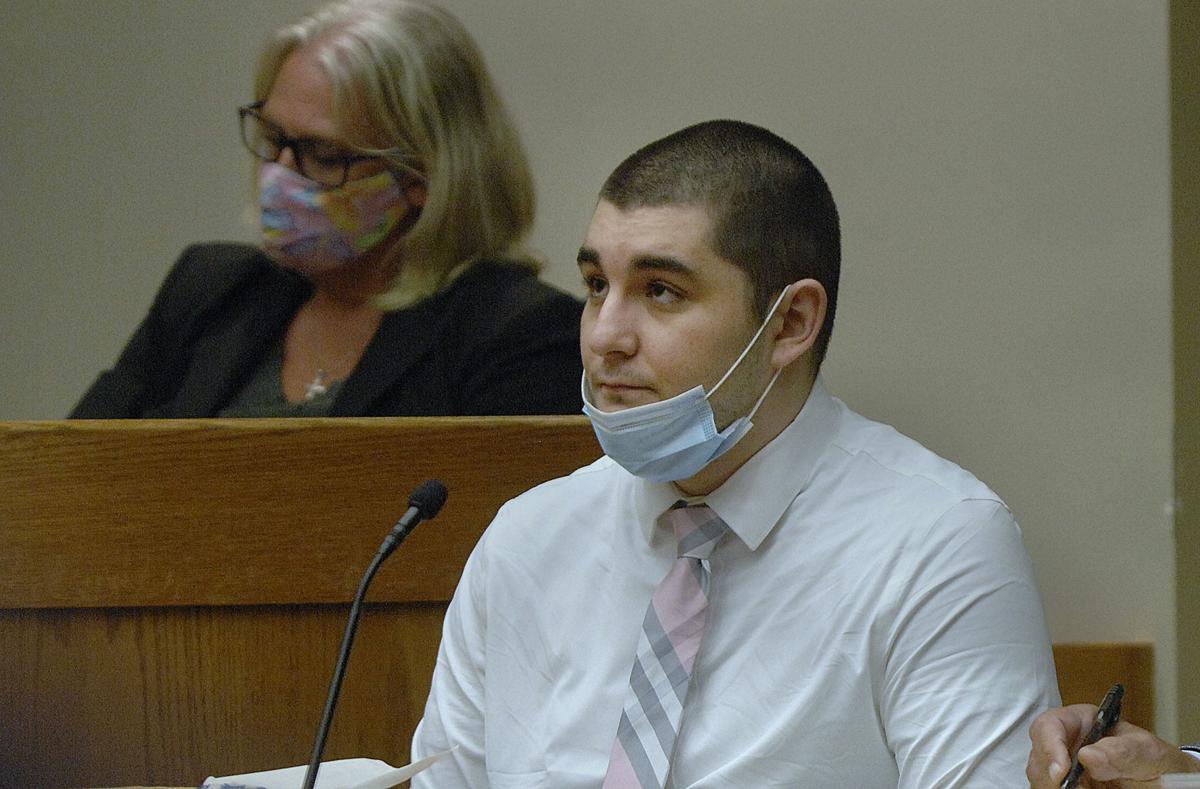 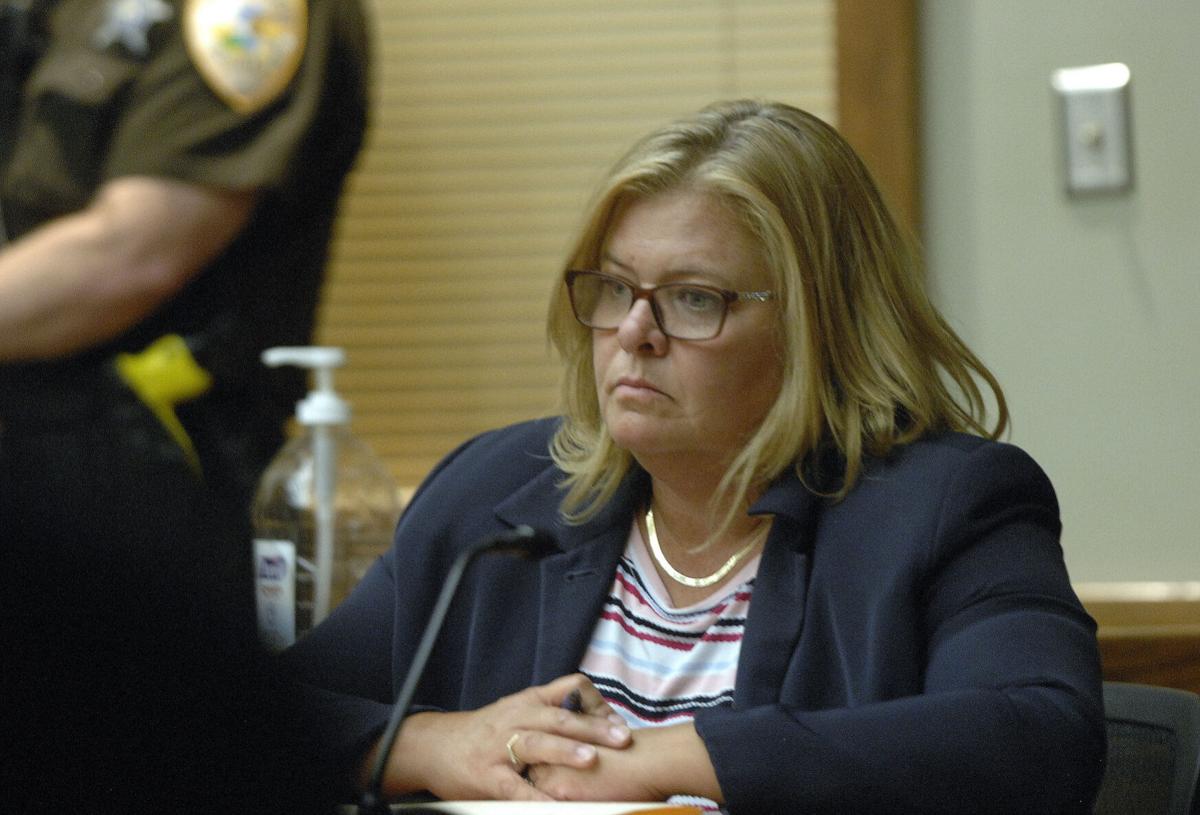 BLOOMINGTON — A Decatur man was sentenced to 45 years in prison Friday for his role in the murder of a Bloomington man in December 2018.

Anthony Grampsas, 20, was found guilty in July of first-degree murder during a home invasion. Prosecutors say he drove two other men including co-defendant Tyjuan Bruce, 21, to Egerton Dover’s home so they could rob him of cannabis. During the robbery, Dover was shot three times and died.

A third person police have said was involved, Curtis Hairston, 18, died during a 2019 shooting inside a Decatur restaurant.

Bruce was found guilty of murder last month and will be sentenced Oct. 8.

Grampsas’ charges were filed under legal accountability laws that allow a person to be charged if the death occurred during the commission of a forcible felony. The jury acquitted him on charges of robbery and of murder related to robbery.

Grampsas, who remains in custody of the McLean County Sheriff’s Office, waived his right to be present during the sentencing hearing held Friday at the McLean County Law and Justice Center. Judge Scott Drazewski granted the request and read him his rights to appeal before releasing him back to his cell. But when issuing the sentence, Drazewski made note of his absence.

“His cowardice and not allowing the victims to obtain closure and to hear what they had to say, demonstrates no empathy and no remorse,” Drazewski said. “It shows he just cares about himself and his needs.”

“Egerton was a sure joy. He was funny, sharp-witted and had a genuine care for others,” she said. “Egerton mattered to those who knew and loved him. His loss has devastated me, his family, and friends. ... The grief is immeasurable and simple words can’t express it.”

The judge said Grampsas refused to participate with officials in the pre-sentencing investigation report, but investigators found plenty to fill the report. His first brush with the law came when he was just 11 years old and his first charge, a domestic violence incident, came when he was 13.

“It shows a history of defiance and there are countless incidents of abuse to his family, including his parents and that includes physical assaults to family and law enforcement officers,” Drazewski said. “The defendant has demonstrated that he doesn’t like to listen.”

Grampsas’ charges were made under legal accountability laws that allow a person to be charged if the death occurred during the commission of a forcible felony. The jury acquitted him on charges of robbery and of murder related to robbery.

Jack McQueen, the crime and analyst supervisor at the Bloomington Police Department, testified that Grampsas was in a hybrid gang and was hurt in a shooting incident in Bloomington in August 2016. Grampsas was one of three people injured in the shootout, which involved two local gangs, McQueen said.

“He came on the radar in the summer of 2015,” McQueen said. “He was a consistent presence.”

“This crime was senseless and it was needless,” she said. “Egerton lost his life for drugs, money and property. His life had so much possibility, but the defendant didn’t care. ... What we see is an individual, who despite his background and opportunities, chose a lifestyle that is not indicative of any type of rehabilitation.”

“We are dealing with a horrible tragedy and I can only extend my condolences to the Dover family,” he said. “This is exceptionally tragic. He apparently had a great deal of potential and was very well thought of in this community.”

Grampsas was 18 at the time of the shooting.

“Based on the pre-sentencing report, he led a troubled period of time in his younger years,” Skelton added. “I don’t know what his personal demons are.”

Grampsas still has three pending felony cases not related to the shooting. Those include a theft and criminal damage to government property charge in McLean County and an armed robbery charge in Macon County. If convicted of any or all of those charges, those sentences would be added on to his current 45-year sentence.

Grampsas found guilty in the 2018 death of a Bloomington man

A McLean County jury reached the verdict after about eight hours of deliberations that began Wednesday afternoon.

An additional defense witness could be called Wednesday, followed by at least one witness for the state’s rebuttal before closing arguments.

Egerton Dover was killed because three Decatur men wanted to rob him and take his cannabis, state prosecutors said Tuesday in the opening day of Anthony Grampsas’ murder trial.

Farmers' markets across Illinois were forced to get creative when the pandemic hit. Now, they — and their vendors — are preparing for winter.

The sentencing for a Decatur man charged in a December 2018 murder in Bloomington was moved to next week after a lengthy hearing Thursday. Read more:

The sentencing hearing for Tyjuan Bruce was delayed again Wednesday to give his new attorney time to review the case before moving forward.

Tyjuan Bruce sentenced to 45 years in death of Bloomington man

Bruce was one of three men who police have said were involved in Dover’s death on Dec. 5, 2018.

Anthony Grampsas, left, and his attorney, Steve Skelton, react Thursday, July 23, 2020, after a jury in McLean County Court found Grampsas guilty for the death of Egerton Dover of Bloomington.