The shooting in the 2000 block of Lambert Drive, in the Landing Estates Mobile Home Park, was reported at 3:44 p.m., Normal police Chief Rick Bleichner said.

Arriving officers found multiple victims with gunshot wounds and began to render aid, he said. Others found the suspect, who was shot by police. Bleichner said officers discharged their firearms “based on their fear of imminent harm to themselves and others.”

Two women were declared dead at the scene, Bleichner said. Three other victims were taken to Carle BroMenn Medical Center in Normal with what he described as serious injuries. Victims’ names were being withheld pending family notification.

State police are taking over the investigation as part of the protocol for officer-involved shootings, officials said.

“It's an ongoing investigation,” said state police Capt. Jason Henderson, speaking to reporters Monday evening. “It's very fluid at this point in time. I would just like to reassure the community that this does look to be an isolated incident and there's nothing that they need to be in fear of at this time.”

Around the time officers arrived on scene, residents were told to shelter in place, with all vehicle traffic not entering or exiting. McLean County Unit 5 rerouted some school buses in the area. Deputies began allowing traffic to the nearby Ironwood Gardens Apartments shortly before 5 p.m., and Linden Street was reopened around 6 p.m.

Allison Quinn was working outside in her driveway when she heard what sounded like a round of fireworks or firecrackers being set off.

“At first it was a cluster, then it stopped, there was an occasional shot, then at the end of it it was just like a constant going off, then it just stopped,” Quinn recounted to The Pantagraph Monday afternoon. “Then I heard a whole bunch of sirens, people yelling and I saw people running down my street.”

Quinn, who lives on North Midway Avenue, said the shots sounded like they originated from the north part of the mobile home park. The whole encounter lasted “at least a couple of minutes,” she said.

It wasn’t until the sirens of emergency vehicles blared through her neighborhood that Quinn “put two and two together” and realized that the echoes of the shots weren’t from pyrotechnics.

“That’s when I knew they were gunshots,” said Quinn, who lives in the park with her two sons. “It’s crazy. ... I’m kind of in shock over it still. It hasn’t set in yet. You hear about this and never think it can happen in your own neighborhood.”

The Pantagraph has filed a Freedom of Information Act request seeking body and dashboard camera footage of the incident.

Normal Mayor Chris Koos characterized the shooting as “appalling,” telling The Pantagraph that “it’s unfortunate that something like this would happen in our community.”

Koos said he’s hopeful that the survivors will recover from their injuries, and that if the town can help victims’ families in any way, “we’ll be there for them.”

“To their families, I know it’s an unbelievable shock. Our hearts go out to them,” Koos said. “We’ll figure this out. It’s an unfortunate situation for our community.”

A representative for the mobile home park answered the park's phone Monday evening, but declined to comment on the shooting.

A Bloomington man is accused of spitting on a police officer and later threatening to "batter" him.

Authorities said Monday that a Hazel Crest child with ties to Bloomington was safe after she had been reported missing last week.

A 61-year-old Bloomington man has been charged with aggravated DUI after prosecutors say his vehicle struck a man Saturday night, leaving the victim with "severe internal injuries."

Bloomington police said two arrests have been made and a third suspect is at large in the shooting and carjacking of a ride-share driver, police said.

A Bloomington man was sentenced to three years in prison Tuesday for domestic battery.

Methamphetamine charges have been filed against a Bloomington man.

Prosecutors said police arrested him on a bicycle that authorities learned was stolen.

Community members offered support to residents of a Normal mobile home park Tuesday as police released more details about a shooting that left three people injured and three dead, including the suspect. 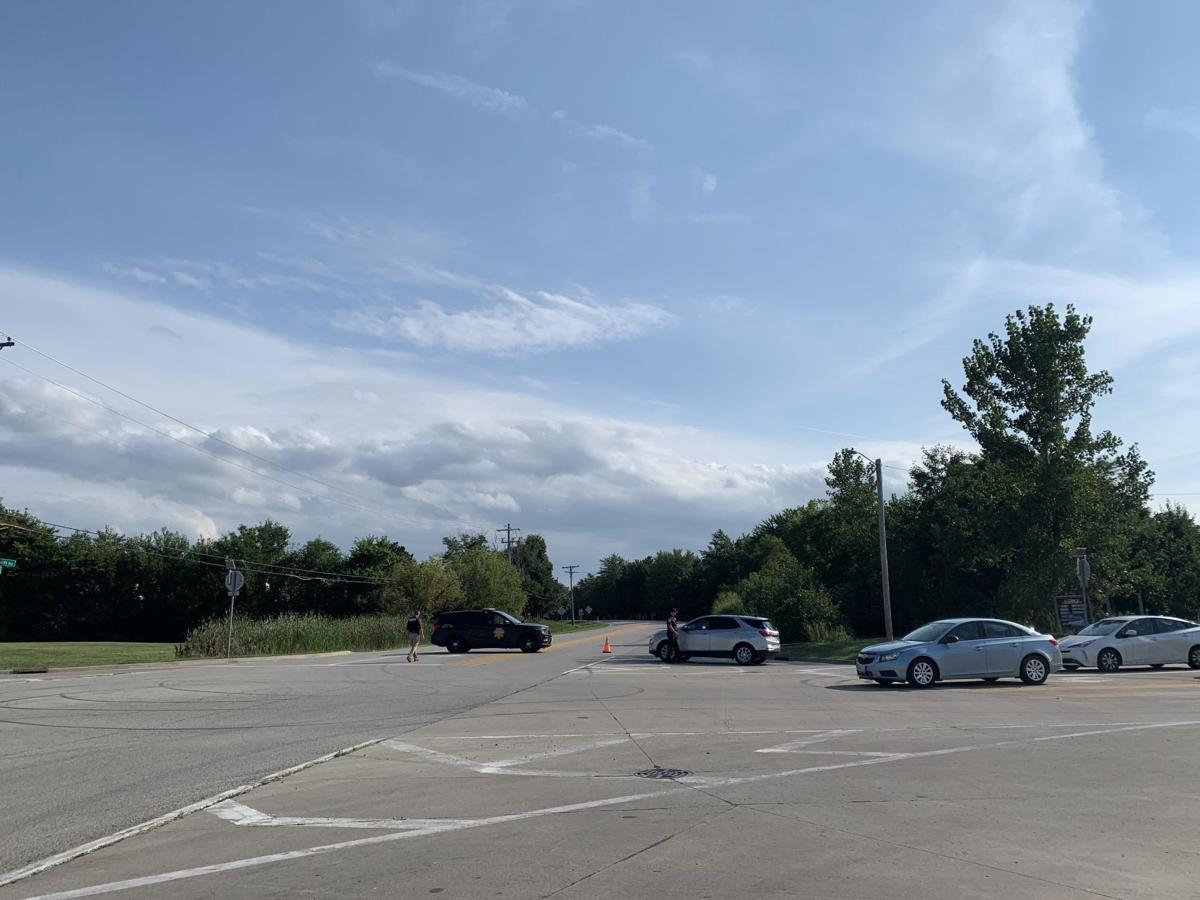 Traffic is routed around the area of a shooting in north Normal on Aug. 30 that left three injured and three dead, including the suspect. 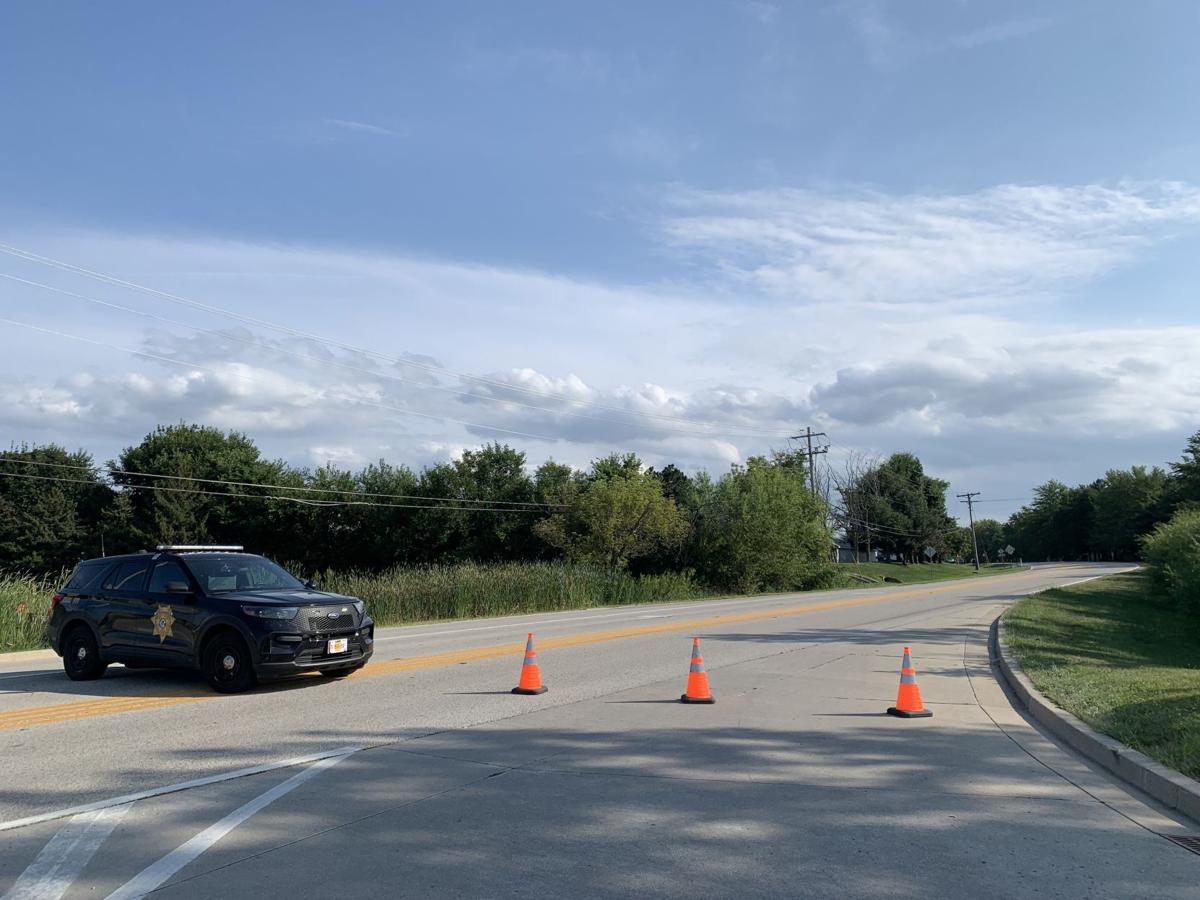 Police block off the area around the Landing Estates Mobile Home Park on Monday afternoon. 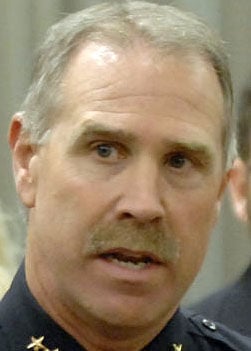