BLOOMINGTON — A McLean County judge will decide next month whether the Normal woman who was convicted 11 months ago of killing an 8-year-old girl will be given a new trial.

Cynthia Baker was found guilty of first-degree murder, aggravated battery of a child, child endangerment and three counts of domestic battery in the death of Rica Rountree, who died Jan. 27, 2019 of blunt force trauma to her abdomen.

Baker, 43, testified Friday she had ineffective counsel during her trial in November 2019.

During the trial, doctors testified Rica suffered prolonged physical abuse and the jury saw videos of that abuse recorded by the defendant. Baker's 7-year-old daughter testified her mother kicked Rica twice in the stomach.

Baker was represented by Todd Ringel of Johnson Law Group in Bloomington.

In Friday’s hearing, her new attorney, Phil Finegan, questioned Baker and Ringel about her claims he was ineffective.

During her testimony, Baker said Rica’s father, Richard Rountree, admitted to her that he might have caused the girl’s fatal injuries and he told police he was the primary disciplinarian in their house.

Rountree pleaded guilty in February to endangering Rica's life, accused of allowing her to be exposed to and failing to protect her from this ongoing physical child abuse. He was sentenced to eight years in prison.

Baker said Friday that Rountree was responsible for much of the abuse Rica received in their house, where Baker filled a caretaker or stepparent role while she was dating Rountree.

Ringel said the defendant told him Rountree had sent Baker a text message that said, “I might have hit her too hard,” but the attorney never found any messages related to that.

Assistant State’s Attorney Mary Koll spent nearly an hour questioning Baker, especially about Rica’s abuse and her part in it.

Referencing several “disciplinary actions” seen in the videos and mentioned in text conversations, Koll repeatedly asked Baker, “Did Richard tell you to do that?” to which Baker replied no.

Judge Casey Costigan overruled Finegan’s objection made early in this line of questioning and said if Ringel had used Rountree’s alleged abuse as Baker’s defense, Koll would have had the opportunity for rebuttal.

“Then aren’t they going to present exactly what they’re presenting to me right now to show that (wasn’t necessarily the case), and maybe the reason Mr. Ringel didn’t bring it up was for trial strategy purposes so the defense could avoid this exact situation?” Costigan said.

In other claims for ineffective counsel, Baker said Ringel did not call the witnesses she expected and he did not question the state’s witnesses in ways that would have brought out facts that could have been beneficial to her defense.

Ringel defended his trial strategy, much of which depended on his assumption early on that Baker and Rountree would take the stand. Ringel said he decided not to call Rountree after a letter written by Baker was uncovered, just before he began his defense, in which she asked Rountree to take the blame for Rica’s death.

Baker decided not to testify in trial, which she said was because Ringel told her if she did, they would lose.

The hearing will resume Nov. 19, when Costigan will make a ruling on the post-trial motions for a new trial. Depending on that ruling, Baker’s sentence could be set that afternoon.

The charges carry the possibility of life in prison after the jury found the first-degree murder and aggravated battery of a child were accompanied by exceptionally brutal or heinous behavior indicative of wanton cruelty.

Rica Rountree’s father pleaded guilty Thursday to endangering her life, more than a year after she died from blunt force trauma.

A Varna woman pleaded not guilty Friday to harassing a potential witness in trial for Rica Rountree's murder.

Cynthia Baker's sentencing hearing was delayed Friday; her new attorney said they will ask for a new trial.

Police and prosecutors said Wednesday their investigation into the death of 8-year-old Rica Rountree is not over, despite one person being convicted of murder. They also expressed hope for changes to prevent such tragic deaths.

Cynthia Baker was found guilty of murder, aggravated battery, child endangerment and domestic battery in the beating death of her boyfriend's 8-year-old daughter.

Brandon E. Reynolds, 33, is charged with grooming, a class 4 felony, for an offense prosecutors say occurred on May 22, 2019.

The sentencing for a Decatur man charged in a December 2018 murder in Bloomington was moved to next week after a lengthy hearing Thursday. Read more:

Two residences in the 1000 block of West Monroe Street were struck during the incident, police said.

A prosecutor said the street value of the cannabis is estimated to be between $75,000 and $200,000 based on the quality.

Can you help? Normal police looking for 2 retail theft suspects

Normal police are asking for the public’s help in identifying suspects in a retail theft investigation.

The sentencing hearing for Tyjuan Bruce was delayed again Wednesday to give his new attorney time to review the case before moving forward.

Bloomington woman sentenced to 23 years in prison for fatal stabbing

Leila Jackson will receive credit for 821 days spent in custody and her sentence will be followed by three years of mandatory supervised release.

Police in court documents disclosed the nature of the injuries, authorities said.

“I have to admit I have yet to see a case where the evidence is as distressing to me. This is the most distressing,” said Judge Casey Costigan before giving the sentence.

“Everybody knows how horrible she died, but Rica had a fun-filled life,” the girl's mother said. “I just want to make sure that’s remembered.” 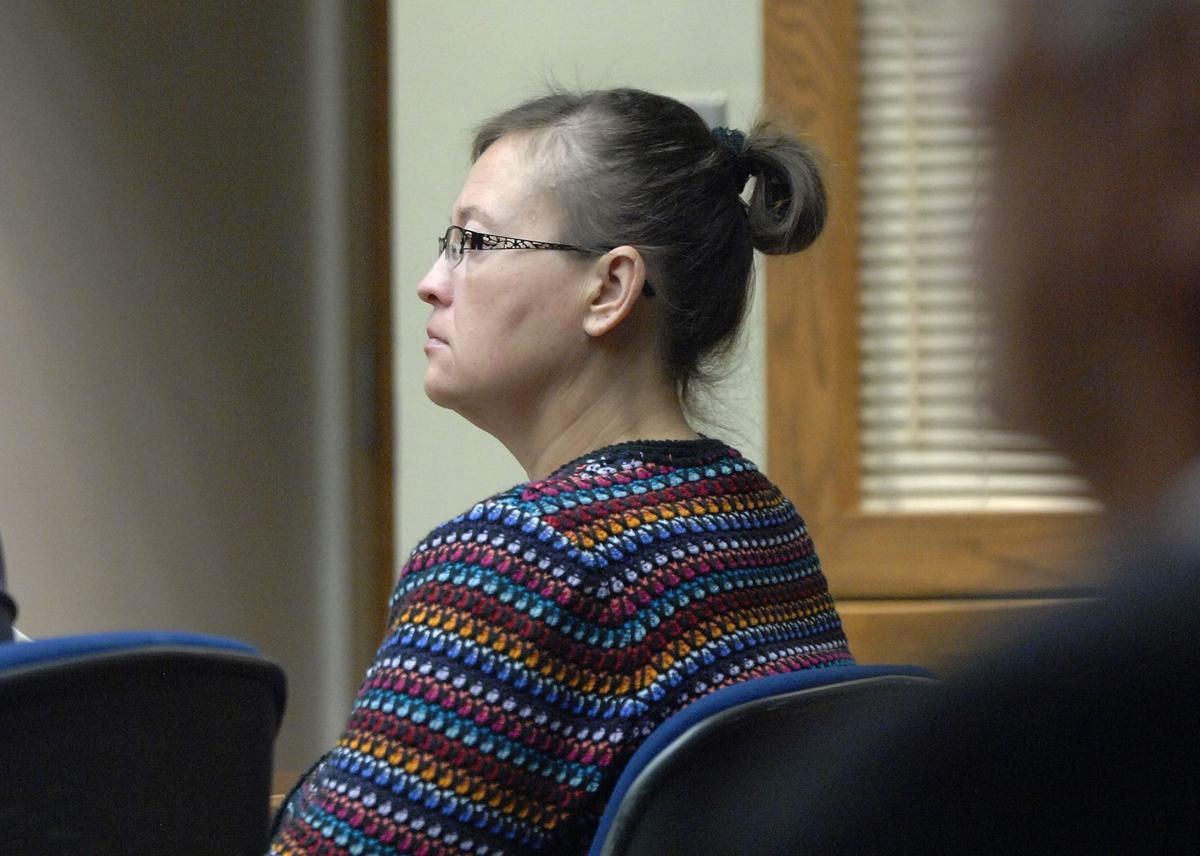 Cynthia Baker is shown in court on Nov. 13, 2019. One year later, she was sentenced to natural life in prison, having been convicted of first-degree murder in the death of 8-year-old Rica Rountree. 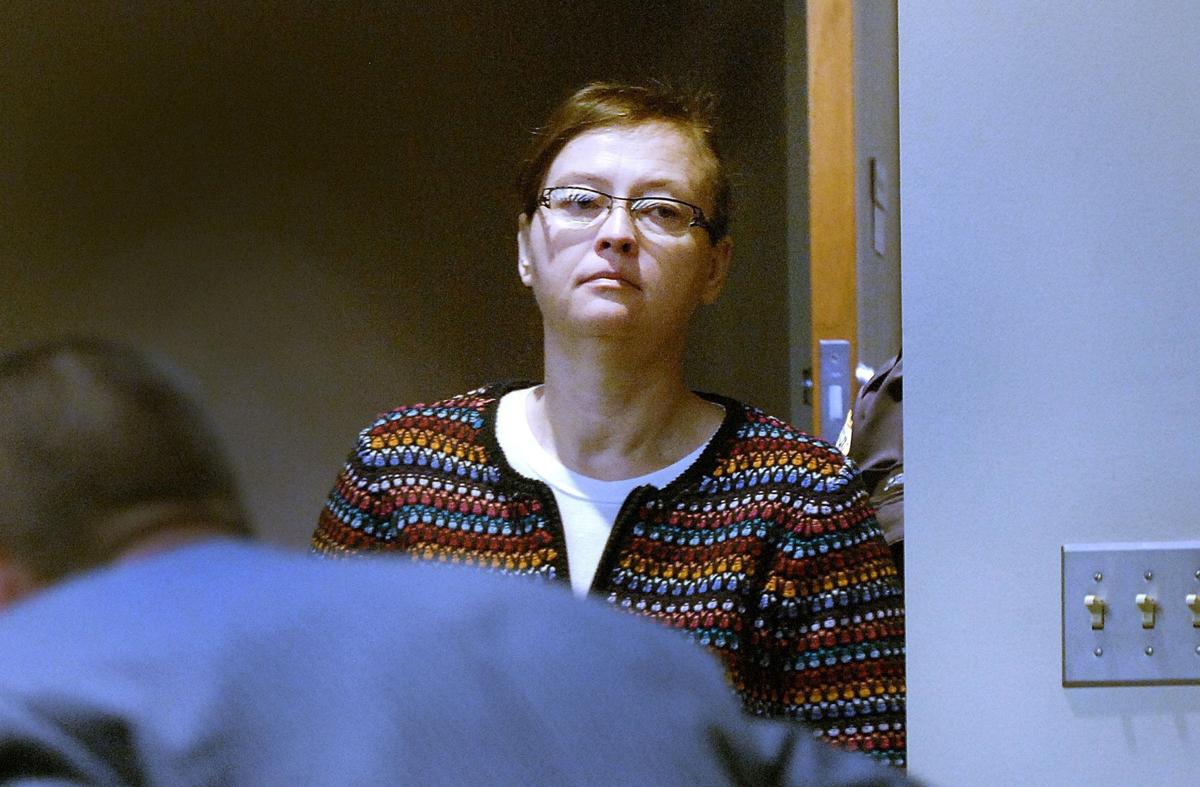