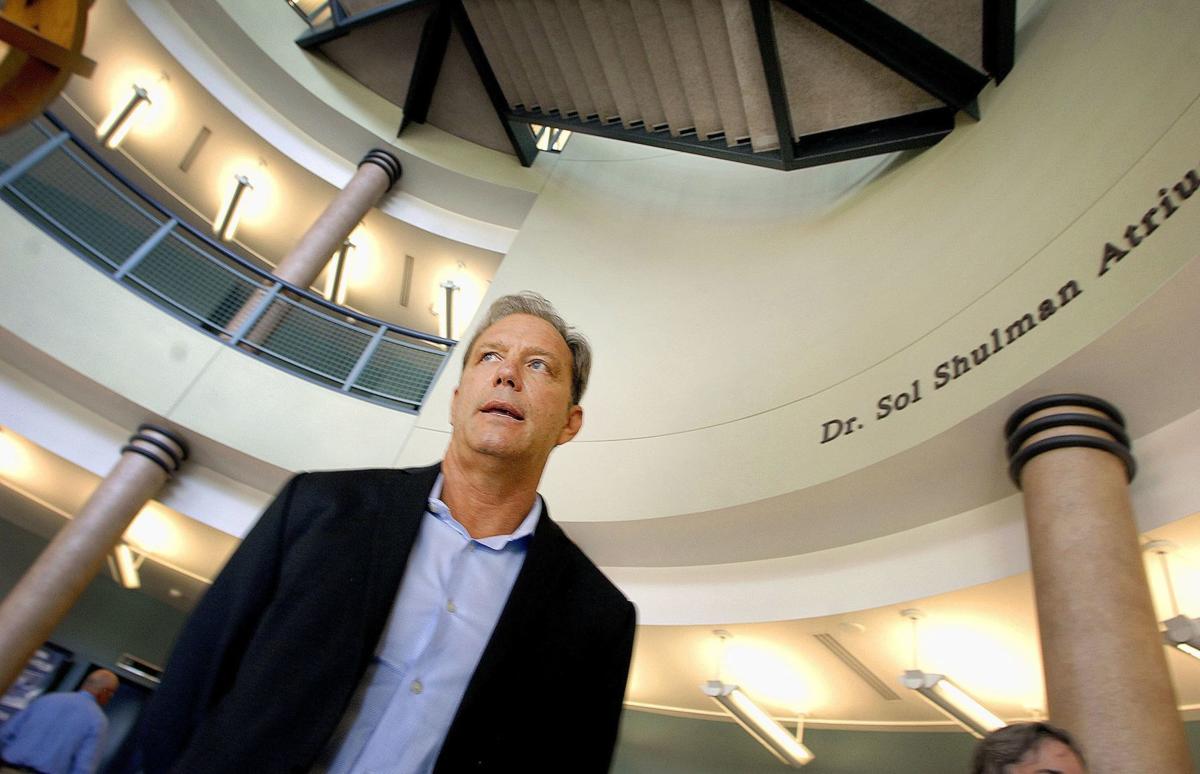 Jim Jacobs, CEO of Core Construction, was heavily influenced by the problem-solving approach former Illinois State University professor Sol Shulman brought to his students. Jacobs was involved in building the school's Science Laboratory Building that was partially designed by Shulman. 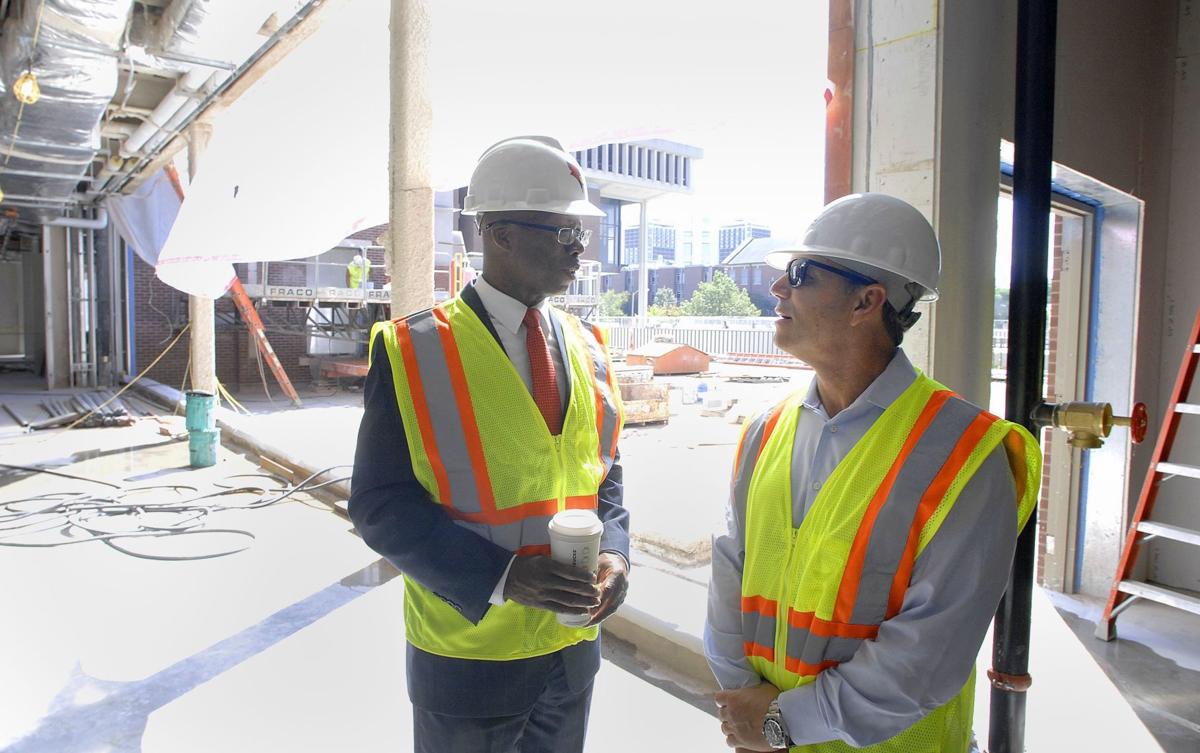 NORMAL — In his nearly 25 years of teaching at Illinois State University, Sol Shulman influenced countless students. But his lessons extended beyond the classroom to a young construction superintendent who became leader of a nationwide company.

“Sol Shulman taught me what it means to be a servant-leader,” Jim Jacobs, CEO of Core Construction, said last week as he sat in the Sol Shulman Atrium of the ISU Science Lab Building that he helped build in the mid-1990s.

Jacobs was the project's superintendent and Shulman was the university's representative, with whom Jacobs had regular contact.

Shulman was there every day the workers were there, watching over the complex project. A May 26, 1996, article in The Pantagraph referred to Shulman as “ISU's most benevolent watchdog.”

Relationships on construction projects can involve people who are demanding and forceful, but Shulman wasn't like that, recalled Jacobs.

“He wanted to know what he could do to help,” said Jacobs, who was back on campus to check the progress of the Bone Student Center revitalization project, for which Core Construction is the general contractor.

But he also made a visit to the Science Lab Building.

“This brings back a lot of memories,” Jacobs said as he walked through the door. “I remember every detail.”

Looking at a plaque dedicating the atrium to Shulman, Jacobs said, “I didn't realize as fully as I should back then what he was teaching me, how he mentored me.”

It wasn't until a memorial service for Shulman, after he died in 2010, that it all came together.

Speaking at the service, Michael Kurz, ISU professor of chemistry, noted the three questions Shulman always asked: “How can I help you? What can I do for you? What do you need?”

Jacobs said, “It provided the clarity that this was the type of leadership I wanted to provide.”

Now, Jacobs said he uses that same approach at Core, where the Peoria native became CEO in 2010.

“It's the type of man I aspire to be,” said Jacobs.

“He always engaged with the working man. Every janitor knew him. He could get things done because he treated people with respect and kindness,” said Jacobs.

It's a message Jacobs said he carries to others within his company, too.

“I have kept his memory and his legacy alive,” said Jacobs.

This article was published in the May 26, 1996 Pantagraph.

Jim Jacobs, CEO of Core Construction, was heavily influenced by the problem-solving approach former Illinois State University professor Sol Shulman brought to his students. Jacobs was involved in building the school's Science Laboratory Building that was partially designed by Shulman. 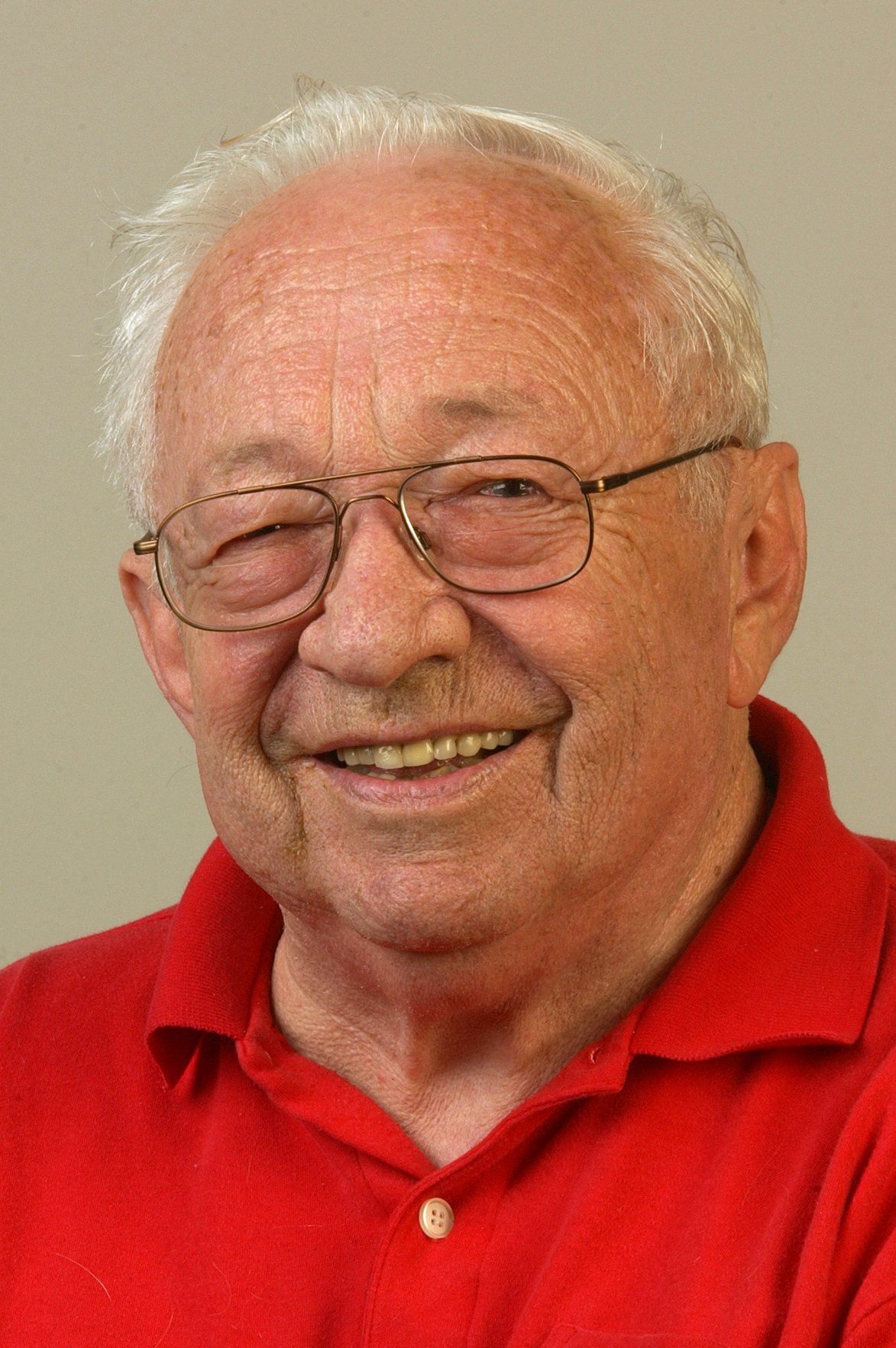