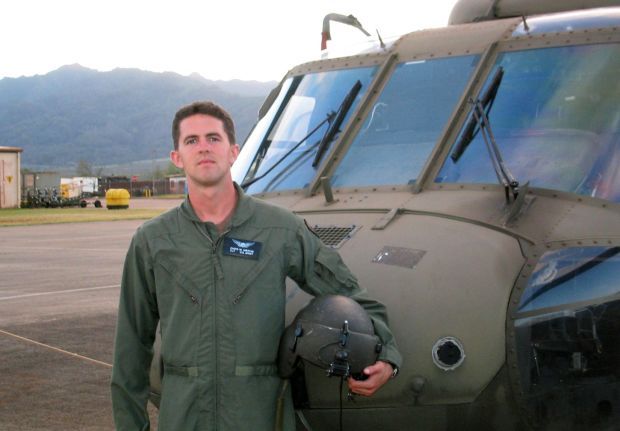 1997 Central Catholic High School graduate Chris Marvin, who flew a Black Hawk helicopter in Afghanistan for the U.S. Army and was seriously injured in a crash in 2004, now heads Got Your 6, an organization working to bridge the civilian-military gap. (For The Pantagraph) 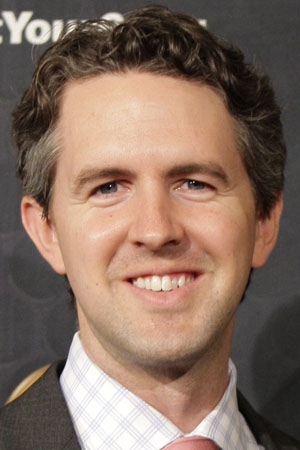 “We want to continue to contribute, to continue to serve and continue to take on a leadership role,” said Chris Marvin, a 1997 graduate of Central Catholic High School who knows firsthand what he is talking about.

He is not just the managing director of Got Your 6. He is a decorated veteran of the war in Afghanistan who was seriously injured in a helicopter crash.

As Veterans Day approaches, Marvin is encouraging people to “ask a veteran about their service” — including combat. “People are afraid to ask something that might be a faux pas,” Marvin said. “Ask me about my time in combat. ... I’ll tell you what I’m uncomfortable with.”

Recognizing that some people are reluctant to talk to veterans or might not know a veteran, his organization launched a storyteller project.

Excerpts from a four-hour event that took place Friday will be available at www.GotYour6.org\storytellers by Monday, Veterans Day, he said. The veterans’ stories will be told in 6-minute video clips.

“Veterans are doing amazing things in the civilian world,” Marvin said. “We feel these veterans have ideas worth sharing.”

Marvin’s service started long before he became involved in Got Your 6, a reference to military jargon that means, “I’ve got your back.”

“Just growing up in a town like Bloomington, I always had a sense of service,” said Marvin, who attended Holy Trinity School and earned his Eagle Scout rank with Bloomington Boy Scout Troop 20.

Marvin is the fourth generation of his family to serve in the U.S. Army. His father, Mike, is a Vietnam War veteran who retired as a colonel after 12 years of active duty and 24 years full time in the National Guard. Both grandfathers served in World War II. His great-grandfather also was in the Army.

His mother, Kay, was a nurse at Brokaw Hospital (now Advocate BroMenn Medical Center), where he was born.

Chris Marvin joined the Army through the ROTC at the University of Notre Dame. At 25, he went to Afghanistan as a Black Hawk helicopter pilot and platoon leader.

His recovery from a 2004 helicopter crash took four years and involved 10 major surgeries. But Marvin said, “I was lucky.” With a father who was a retired colonel and a mother who was a nurse, their backgrounds helped him navigate through the military and medical sides of his recovery.

But he saw others who were not so lucky and started to help them, often asking his father for direction.

“That made me proud that he wasn’t just looking out for himself,” said Mike Marvin. “He didn’t just sit on his butt.”

While still recovering, Chris Marvin started volunteering with a group called The Mission Continues. He described it as the first non-profit group that treated veterans as they wanted to be treated — as assets.

His work with Got Your 6 began after he retired from the military and got his MBA.

Mike Marvin said his son’s organization has an important message.

“These young men coming back into civilian life, they bring a lot of qualities and tools with them like teamwork, motivation and self-motivation,” he said. “They’re problem solvers. … These are the leaders of tomorrow.”

The goal of Got Your 6 is “to bridge the civilian-military divide by creating a new conversation in America, so that veterans and military families are perceived as leaders and civic assets,” according to its website, www.gotyour6.org.

Got Your 6 focuses on six areas of reintegration into civilian life: jobs, education, health, housing, family and leadership.

"This unfortunate situation was the result of a technical issue by a third-party vendor that has since been resolved," Advocate Health and Hospitals Corp. said in a statement.

A prosecutor called the actions a “catastrophic breach of trust.” The teacher and coach is also the former mayor of Saunemin.

Prosecutors say a Bloomington man had less than 15 grams of heroin on Oct. 17.

The Tazewell County Sheriff's Office said Saturday afternoon that three are in custody on murder charges after a woman died in a shooting Friday night near Mackinaw.

Seyeon Ahn, director of the symphony orchestra and wind ensemble, was placed on administrative leave with pay pending a termination hearing.

1997 Central Catholic High School graduate Chris Marvin, who flew a Black Hawk helicopter in Afghanistan for the U.S. Army and was seriously injured in a crash in 2004, now heads Got Your 6, an organization working to bridge the civilian-military gap. (For The Pantagraph)