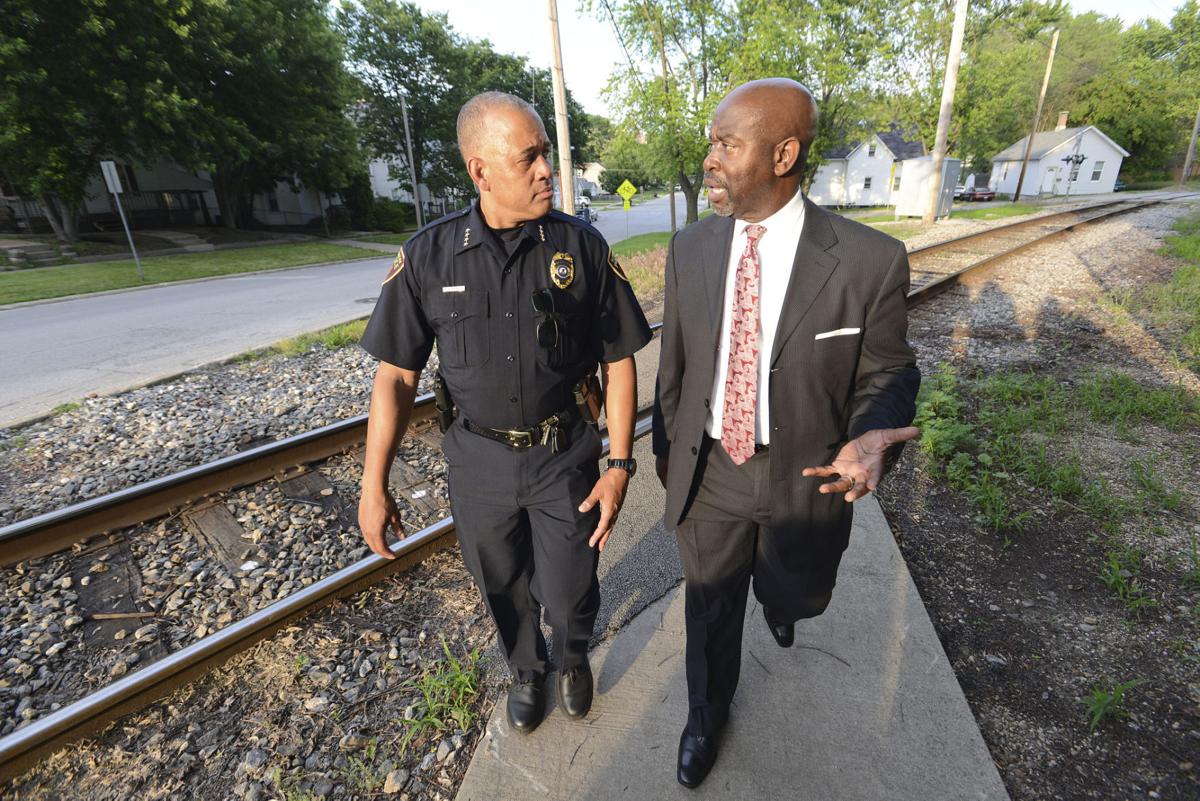 Bloomington Police Chief Brendan Heffner, left, talks to the Rev. John Rayford of Mount Moriah Christian Church as they walk along West Front Street during a community outreach walk on the evening of June 4, 2015. 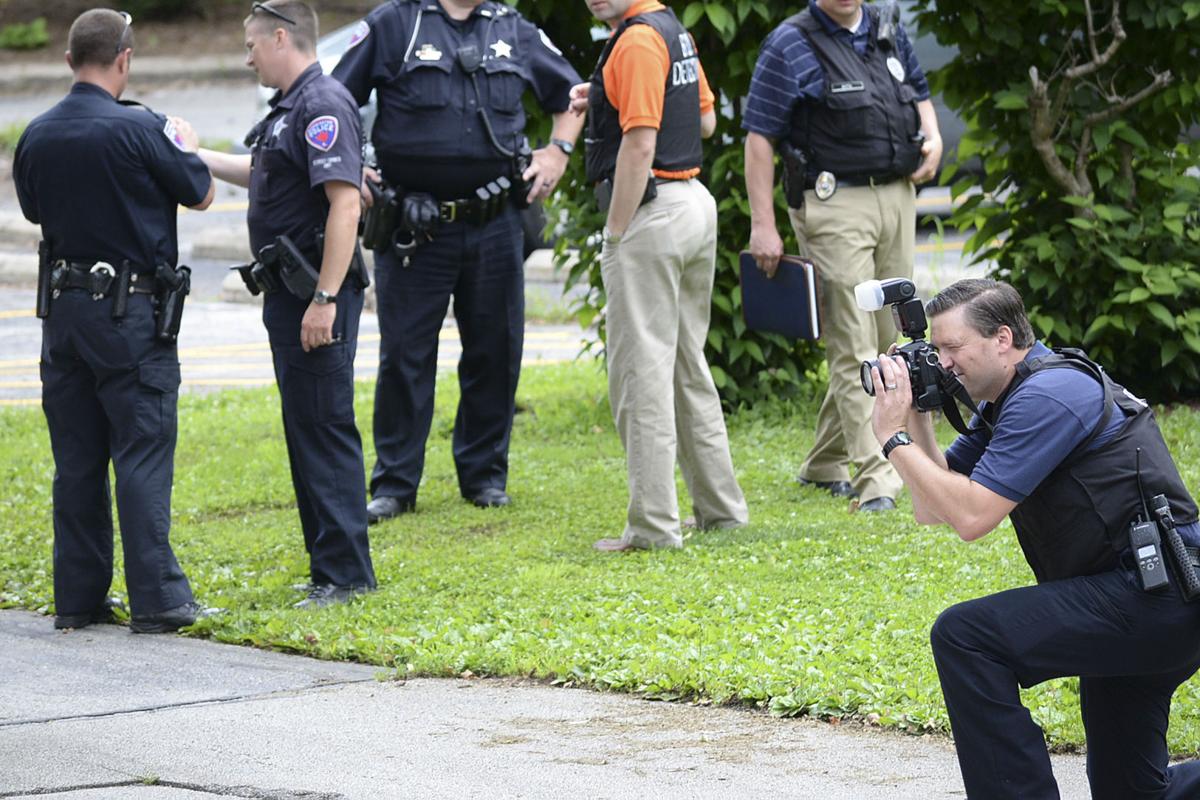 BLOOMINGTON — "Disrespectful" rap music videos circulating on social media are behind an uptick since April of juveniles shooting at each other, mostly on Bloomington's west side, the city's police chief said Tuesday.

"The message in the music is the catalyst," said Police Chief Brendan Heffner of the 13 shootings that have left one person injured.

"One group of individuals see videos on YouTube that another group has put up that they deem is disrespectful," he said. "So they want to retaliate with their own rap possibly, and obviously with violence."

Police shared their assessment at a meeting Thursday afternoon with community leaders and school officials. Heffner asked for their help in trying to prevent more shootings.

The Rev. John Rayford, pastor of Mount Moriah Christian Church in Bloomington, wants a meeting of area church leaders to discuss how to keep kids from getting involved in gangs.

"I want to answer the questions that those kids don't know that they are asking," said Rayford. "In other words, those kids in those raps, those videos seek acceptance, acknowledgement, respect. What they are getting in the streets is what they didn't get at home."

The chief said police are trying to avoid a repeat of a rash of 25 shootings in the early 2000s in which 15 adults were shot, including three fatally, during rivalries between two gangs.

Back then, the police department waited a while before going public and discussing what was going on.

"We want to get out ahead of this now and, hopefully, not have more shootings or more people shot," said Heffner.

"Right now we've only had one person shot," he added. "I don't want to have this conversation when there are 10 people shot."

Since April, there were 10 reported shootings and three more that were not reported that police learned about while investigating the other incidents, said Jack McQueen, supervisor of the police department's crime and intelligence analysis unit.

Another shooting in Miller Park was an isolated incident and not related to the others.

"We dealt with adults five or 10 years ago. What we're dealing with now is juveniles," said McQueen.

"The kids make their music, push it up to YouTube, and then other groups view it," he said. "They leave school on Friday afternoon. By Saturday we have a shooting.

"By Monday we have another shooting because everything is electronic," said McQueen. "It's instantaneous."

Other differences today are the lack of cooperation by both victims and suspects and little respect for authority.

"In the past, even with hard-core adults, we had some level of cooperation or leverage in our case," said McQueen. "Today, of our 25-plus interviews, only three subjects have been partially cooperative."

The incidents are similar to a series of shootings in 2012 in which Bloomington police investigated 14 gang-motivated shootings, said McQueen.

"In 2012 we had the advent of 'drill rap' ...  a genre of music that is disrespectful — kids disrespect other groups within their music," said McQueen.

The groups police are seeing now also resemble “hybrid” gangs that the city started seeing in 2010; they have less hierarchical organization, he said.

"We can't guarantee we're going to stop anything, but we feel ... that by letting the public know what's going on and what we're facing, we can all work together," said Heffner.

Another member of the clergy willing to help was the Rev. Aaron Stine, pastor of New Beginnings Church of God, Normal.

"Don't automatically assume there is no good left in them," he said. "Just be there to support them and go through the storm with them. That's what I'm trying to do."

BPD looking for man who fired 10 shots at another

Bloomington Police Chief Brendan Heffner, left, talks to the Rev. John Rayford of Mount Moriah Christian Church as they walk along West Front Street during a community outreach walk on the evening of June 4, 2015.