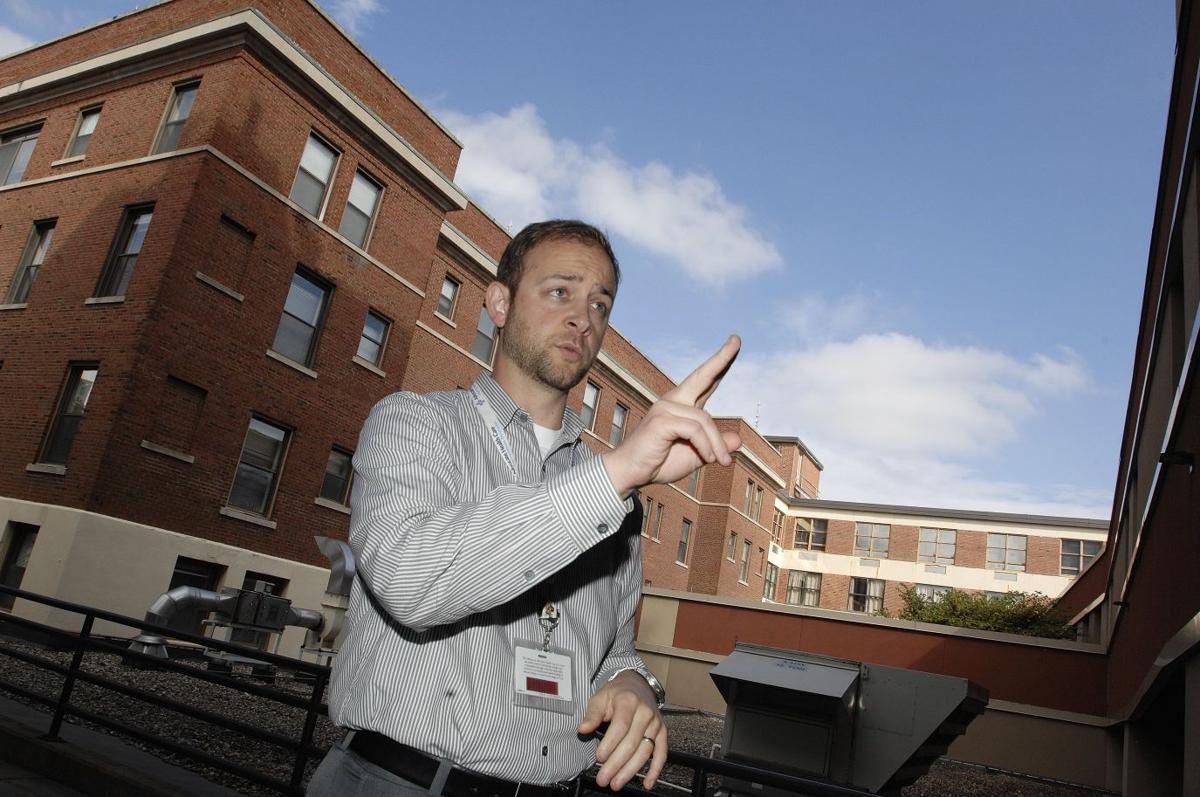 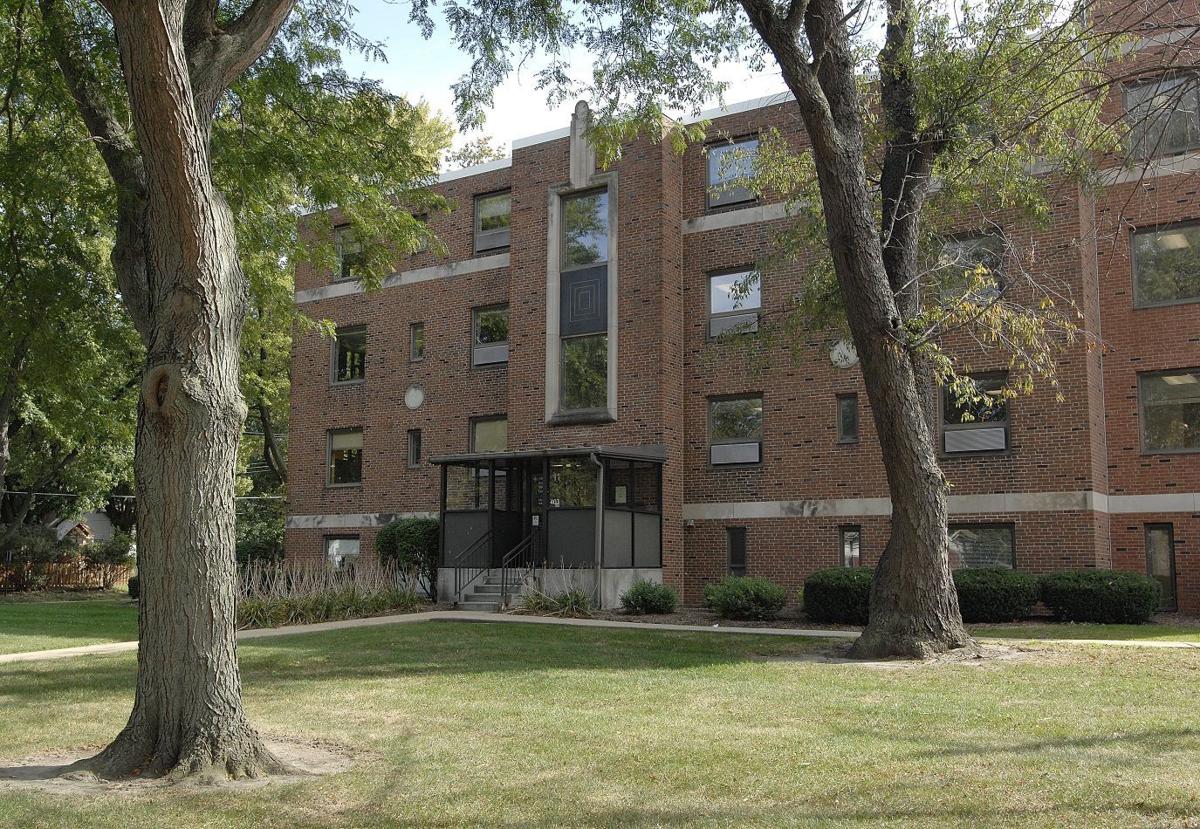 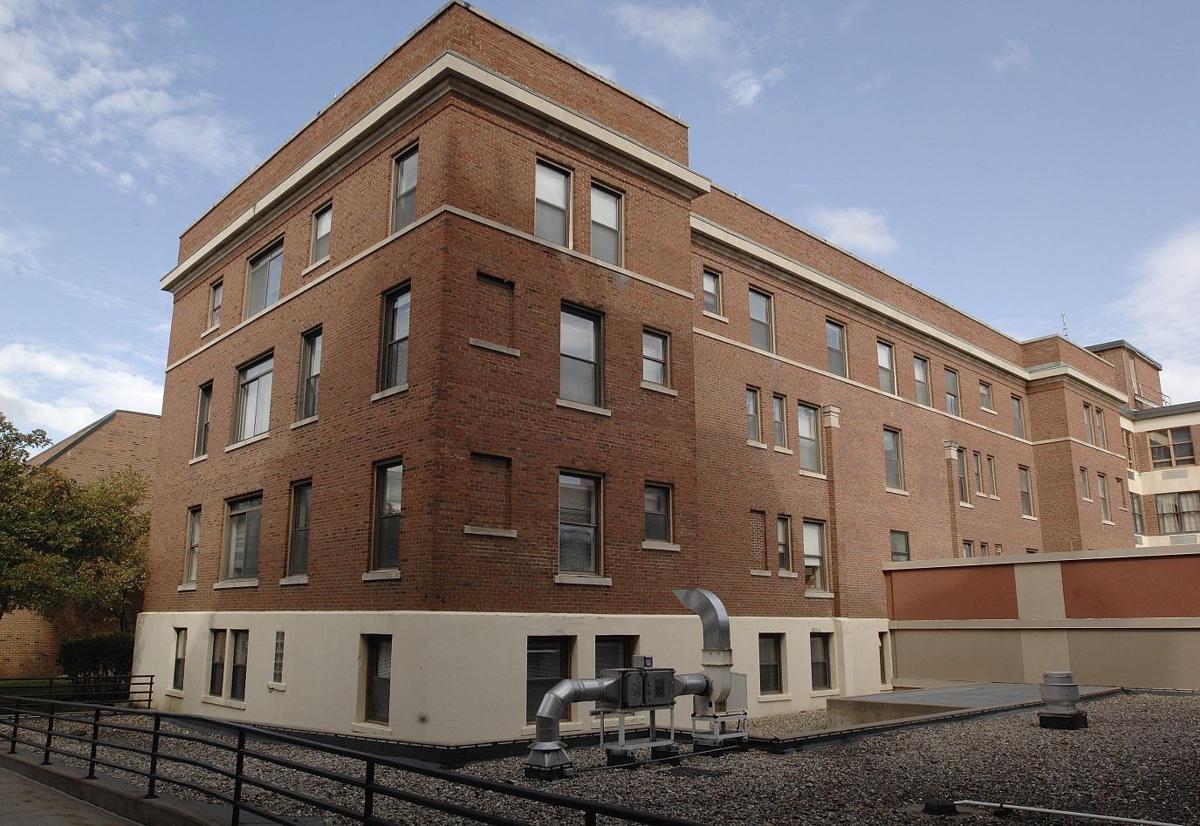 NORMAL — Two aging buildings on the Advocate BroMenn Medical Center campus would be demolished under plans filed with the town of Normal.

The aging buildings have become costly to maintain and are no longer needed because of Advocate BroMenn building projects in the past few years, said Tim Bassett, BroMenn construction project manager.

The Department of Mission and Spiritual Care, the final tenant of the 1913 building, will move later this month to the medical center's adjoining 1953 building, Bassett explained outside the building on Tuesday.

"It will be like leaving an old friend," he said. "But we are moving to a bigger and better place. The new space looks absolutely wonderful."

"This is not a surprise," Normal Town Planner Mercy Davison said of Advocate BroMenn's demolition applications. "We knew this was on the horizon for Advocate due to the age of the facilities and the geographic constraints of their campus."

But the chairwoman of the Normal Historic Preservation Commission has called for a meeting of the commission to rule on BroMenn's demolition applications. She must sign off on all demolition permits and her call for a meeting means she didn't feel comfortable signing off on the permits without commission consideration, Davison explained.

The town is requiring Advocate BroMenn, 1304 Franklin Ave., to amend its site plan, focusing on BroMenn's plans for the Mecherle Hall space, Davison said. The Normal Planning Commission will take up the matter 5 p.m. Nov. 5 at Uptown Station.

The 1913 building, which is 20,350 square feet, hasn't had patient rooms for more than 15 years, said Eric Alvin, BroMenn manager of public affairs and marketing. In recent years, the building has housed mostly administrative offices and they have moved to newer buildings on the medical center campus, he said.

The 1913 building, surrounded by newer BroMenn buildings, would be replaced by an enclosed walkway connecting those buildings.

Mecherle Hall, a 1941 building that's 12,900 square feet, would be replaced with Mecherle Meditation Garden, a footpath that would include architectural elements from Mecherle Hall, Alvin said.

Demolishing both buildings would cost nearly $600,000, Bassett said. But that money would be recovered in a little over a year through reduced operating expenses.

This is a developing story.

No arrests have been made in the incident early Sunday, police said Monday.

Bloomington man to appear on 'Jeopardy!' this afternoon

Christopher Stucky of Bloomington will put his mind to the test on this afternoon's episode of "Jeopardy!"

"There's a lot of customers that have found out the hard way that when they use flushable wipes, it clogs their main sewer," said Redbird Plumbing owner Chris Marx.