Become a Member
Read Today's E-edition
Share This
Watch now: More than 400 species of bees make their home in Illinois
0 Comments
Share this

FUNKS GROVE — If you get up close and personal with wildflowers on your walks, you’re likely to encounter a bee. There’s no need to bee — I mean, be — afraid.

“The bees do not attack you,” said Patti Koranda of the Central Illinois Beekeepers Association. “She only does it defensively.”

If a bee comes close and “investigates” you, stay calm and don’t wave your arms around frantically, advises Koranda. “That makes them nervous.”

Instead, she said, “If a bee is checking me out, it’s on my hand or on me, I can just slowly walk away,” or stand still as it walks on you and wait for it to fly away.

Bees are more aggressive if you are around their hive or if there is a “dearth,” a time when food and nectar are not readily available, Koranda explained.

In other words, hungry bees can get “hangry.”

But, right now, lots of flowers are in bloom, making for happy bees.

I spent about two hours around honeybee hives as members of the Central Illinois Beekeepers Association were checking hives they placed in one area, called an apiary, at Sugar Grove Nature Center, and I wasn’t bothered at all.

Granted, I was wearing a beekeeper’s jacket and hood, but my hands were exposed so I could shoot pictures and video. And I’ve been close to them while taking pictures of the bees themselves and wildflowers with no stinging encounters.

Bees are quite beautiful when you take the time to look at them. You may even see little pockets of pollen on them. Plus, their flying skills are amazing.

Koranda said there are more than 400 species of bees in Illinois and 4,000 species in the Americas.

Honeybees — the only bees that make honey — are not native to the United States but are not invasive, said Koranda. In fact, the honeybees, along with our native bees, play crucial roles in pollinating plants that are food sources for many animals as well as humans.

“Pollen is their protein. Nectar is their carbohydrates,” said Koranda.

Honeybee queens can live two to five years, she said, but our native bees live about a year, and only the queen lives through the winter.

You can help native bees by being a “messy gardener,” said Koranda, leaving leaves under which native queen bees will be protected while they hibernate.

The Central Illinois Beekeepers Association offers a class in winter, usually in January, for people interested in beekeeping, and mentors beekeepers throughout the year. The winter workshop gives people enough time to prepare and get the necessary equipment to get into beekeeping, said Koranda. For more information on the group, check out their website, cibabees.org.

When I accompanied members of the group to the demonstration apiary at Sugar Grove, they were checking on the health of the bees, looking for such things as mites that could carry diseases harmful to bees, while also seeing if the queen bees were still at their hives and finding which trays were ready to be temporarily removed from the hives to extract honey. They wound up with seven gallons of honey for their work — and the bees’ work.

“You go in with a plan and they change it for you,” said Koranda

“You really have to roll with the punches,” added Izzy Harms, another member of CIBA.

Photos: Preserving agriculture at the McLean County Fair for our children

The Refuge Food Forest is like a healthy version of Willy Wonka’s Chocolate Factory, where just about everything is edible – except it’s filled with fruits, nuts and berries.

The first thing you notice when you pull into the small parking lot at Weston Cemetery Prairie is how colorful everything is. Yellows, purples, oranges, whites and greens. And that’s just the wildflowers.

Like many parents this time of year, Mark Phillips of Farmer City is trying to find ways to spend time with his son Cody before he returns for college. Last week, they braved a heat advisory on a golf course — a disc golf course — in Bloomington.

Watch now: 'Mud, Sweat and Gears' ahead at Comlara Park

Despite the race name, “Mud, Sweat and Gears” riders (and hikers, for that matter) are told to stay off the trails when they are muddy. Riding through mud can damage the trails.

Watch now: Find your relationship with plants at the Autumnal Festival in Normal

Watch now: Rock Springs hits the mark for adventurers of all types

Do you like hiking through the woods, along a river or across a prairie? How about all of the above? Rock Springs Conservation Area has a trail for you. 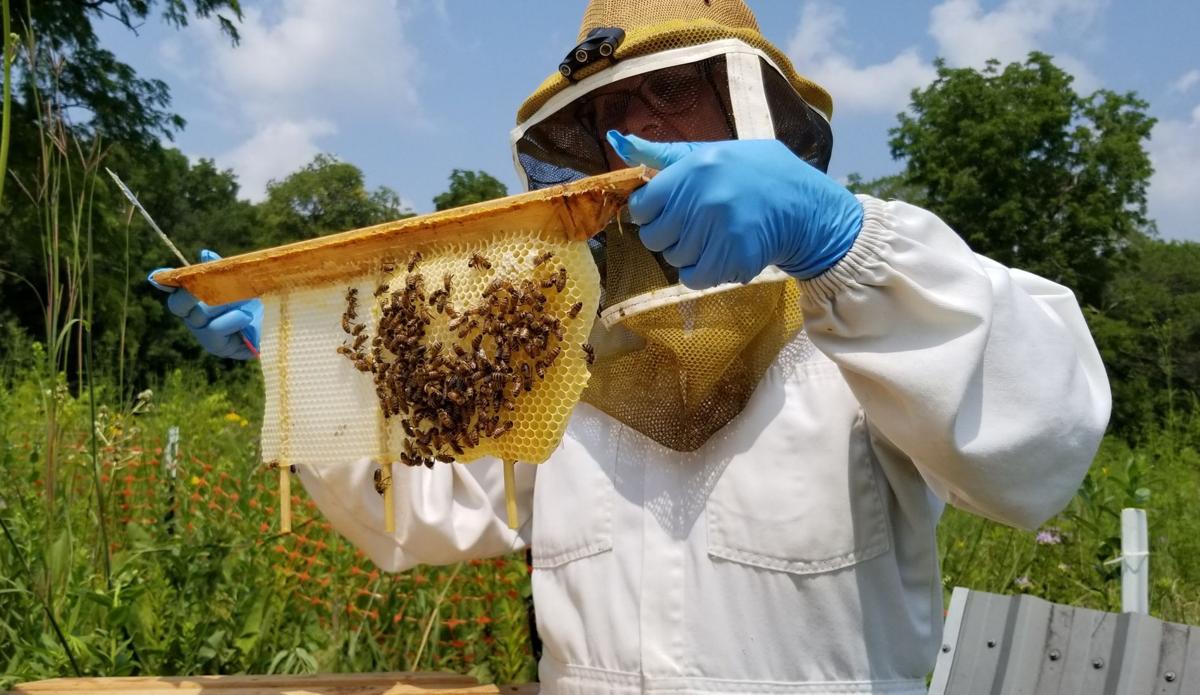 Patti Koranda of the Central Illinois Beekeepers Association checks out the status of bees and honeycomb at an apiary — a collection of beehives — at Sugar Grove Nature Center. 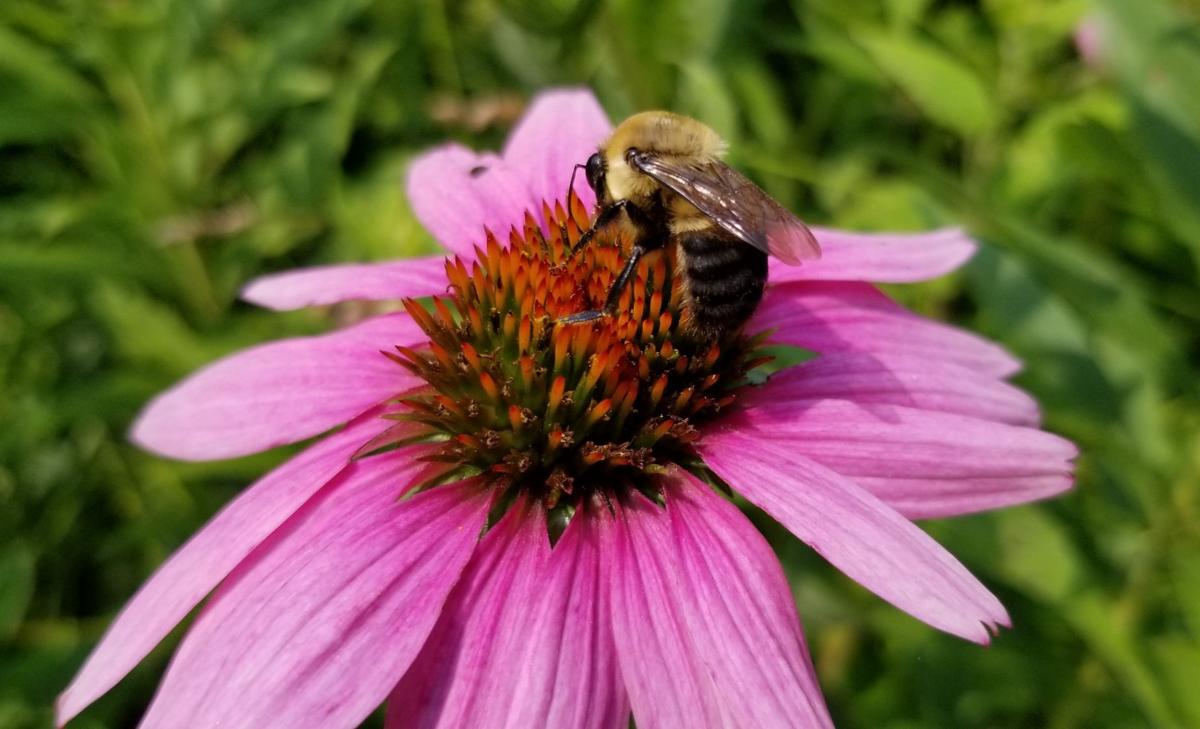 A bee gathers nectar or pollen from a purple coneflower at the Fransen Nature Area in Normal in July. 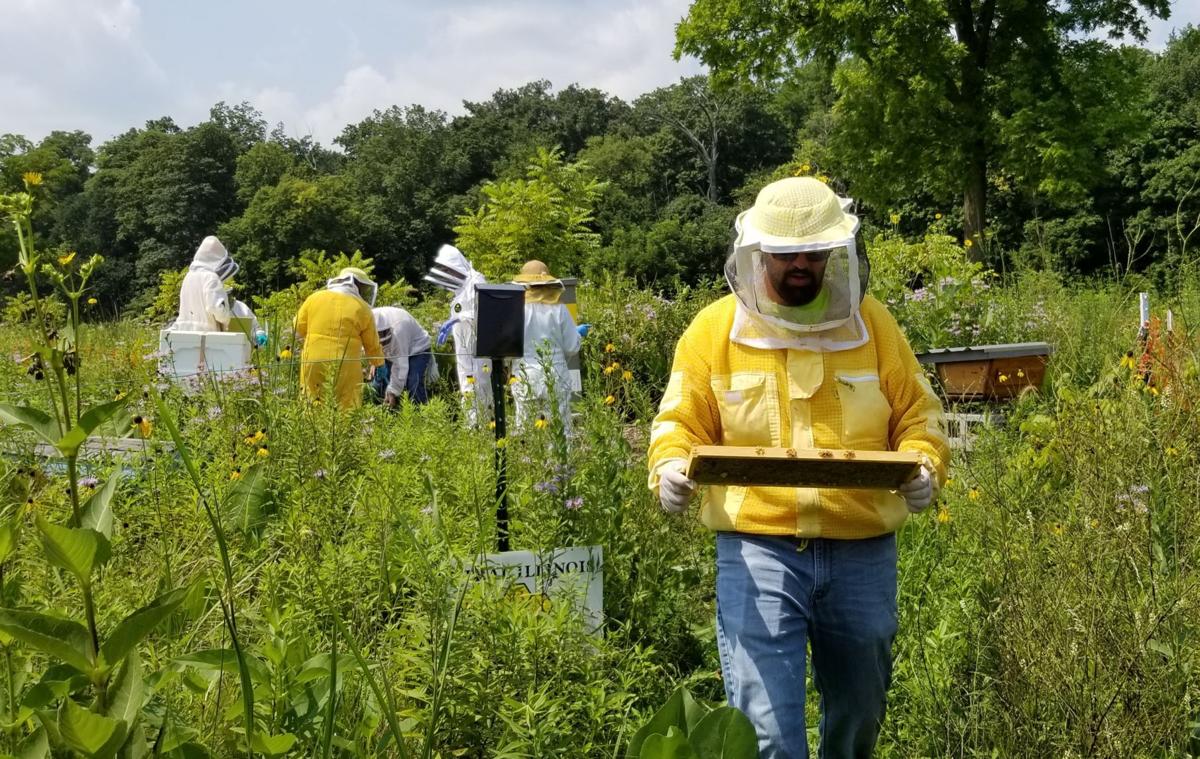 Izzy Harms of the Central Illinois Beekeepers Association carries a tray from a hive so honey can be extracted on Aug. 1. The hive is part of a demonstration apiary at Sugar Grove Nature Center used for demonstrations and education. 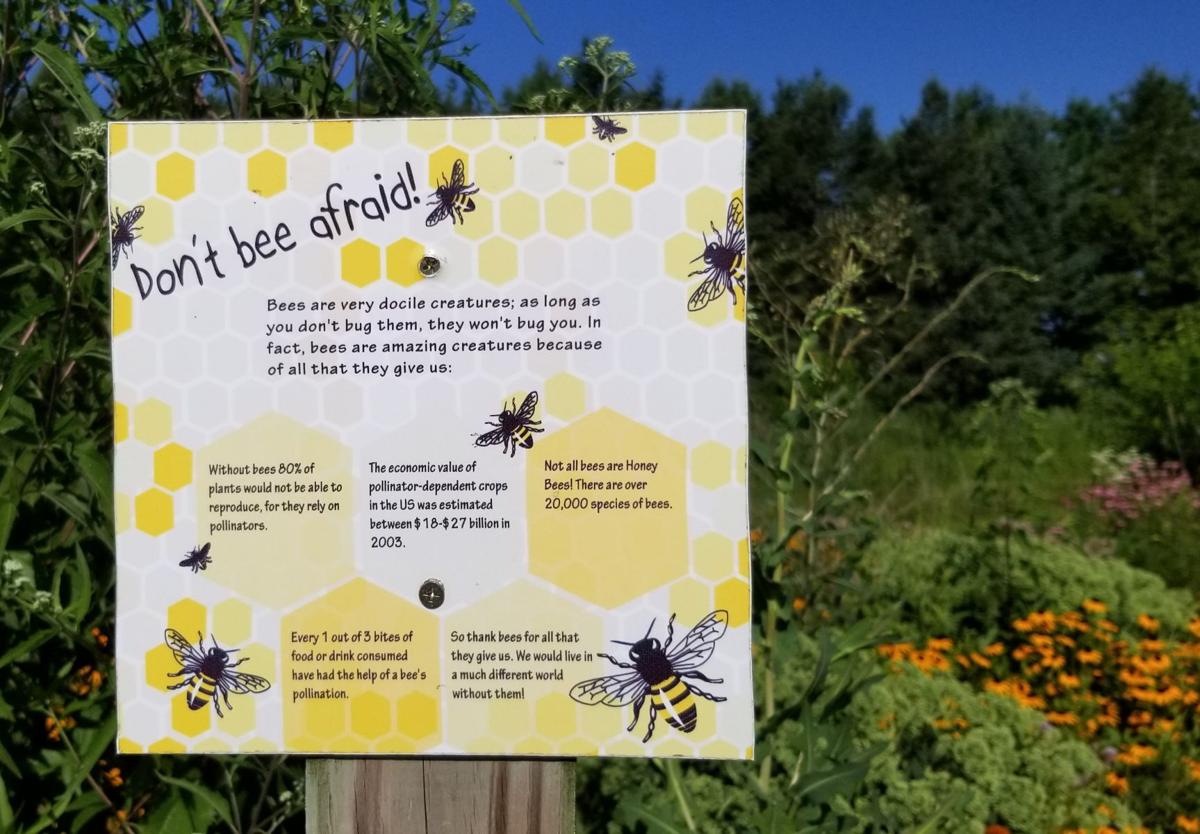 A sign at the Fransen Nature Area in Normal provides bee facts and reminds people that "as long as you don't bug them, they won't bug you." 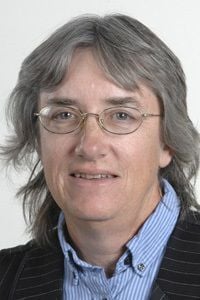