This year's event — which featured around 100 artist vendors and several live music performances — was moved from July to October because of COVID-19 case numbers, according to McLean County Arts Center Executive Director Doug Johnson. He noted they scheduled the event between Illinois State University Family Weekend and homecoming.

"So it's turned out actually wonderfully," Johnson said. "This is the first time I've had artists that have come to me late Saturday afternoon and say, 'I can't be here tomorrow because I've sold everything I have.'

Johnson said they're looking at the possibility of keeping the festival in October and have discussed that with Mayor Chris Koos.

Johnson said Saturday's crowds were as big as any other year.

He also said artists are loving the "fantastic" traffic.

"A lot of these artists, this is their primary gig," he said. "Some of them have been making work for 18 months and this is their first venue."

Champaign's Lisa Kesler won the festival's Best in Show Award. She told The Pantagraph she splits her time between painting and printmaking.

"With both of them, I use a lot of color, a lot of graphic shapes, a lot of repeating patterns," Kesler said.

She also spends her time at the festival working on carving designs onto linoleum print blocks.

"I carve away the areas I don't want to be printed," she said.

"I like to bring this to shows to work on because it gives me something to do and then it also lets people see the process," Kesler continued.

After browsing Kesler's wares, ISU sophomore Josalyn Service was sold. She told The Pantagraph her artwork is fantastic.

"My roommate is an art major, so I've seen printmaking before," she said, "so I'm familiar with it and that is so impressive."

Peoria's Richard Wehrs had sculpted busts for sale, which he said got a lot of lookers at the festival. Leona Smedley was one visitor who was drawn to his booth.

"You just love looking at it," she said.

Wehrs said his art is a "mix of cute and creepy, and they're just pure play for me."

"I'm like a 63-year-old kid with cans of Play-Doh," Wehrs said. He's been working on his unique style of art for 35 years.

Wehrs explained his art is made from earthenware clay that's fired in an electric kiln.

"The colors are fired on in the second firing," he said. "They're called under-glazes — they're formulated to not flux and melt like a glaze does, but it still fuses under the clay in the firing."

"I took a lot of non-Western art history, and pre-Columbian, African and Oceania," he said. "I have been inspired by the artwork of many cultures.

"I try not to be directly referential, but there's no question that those thousands of images I've seen are in my head somewhere."

Wehrs said he was very pleased with the festival, and he's impressed by how it's been run.

"It's just so thoughtfully done," he said.

Su Ge, of Bloomington, had her traditional Chinese brush paintings on display at the festival Sunday. She said they mainly use ink and watercolors on xuan paper, which is also called rice paper.

She said in this art style, she'd include inscriptions of who painted it, when it was painted, and sometimes a poem, along with the traditional artist's seal.

Ge said at the festival, she can see when some paintings get more attention than others.

"I think it's a very good way for artists to see the reaction of people," Ge said of the event, "and I really appreciate it, because it's a good way to communicate with them, and they will ask questions."

"It is very nice, and lots of people come by and the weather is perfect," she said. 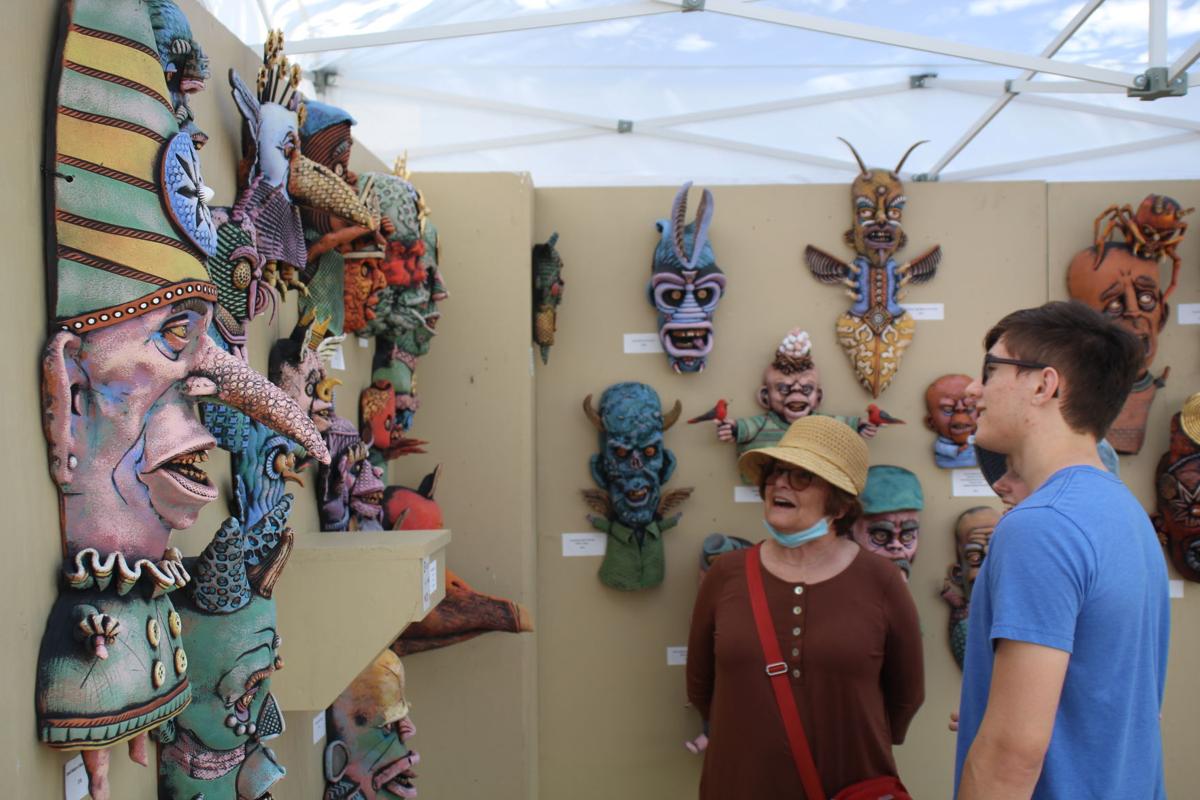 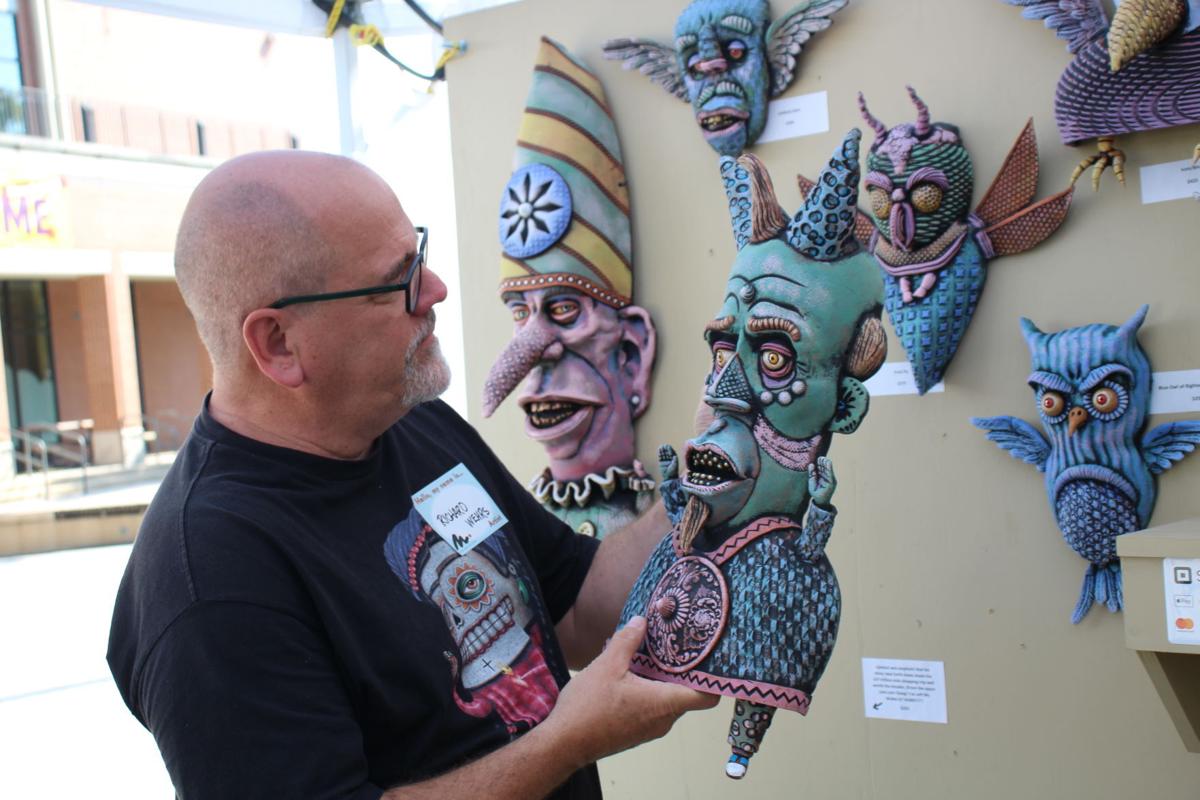 Richard Wehrs, 63, of Peoria, inspects his sculpted artwork Sunday at the Sugar Creek Arts Festival. He told The Pantagraph his art style is a mix of "cute and creepy." 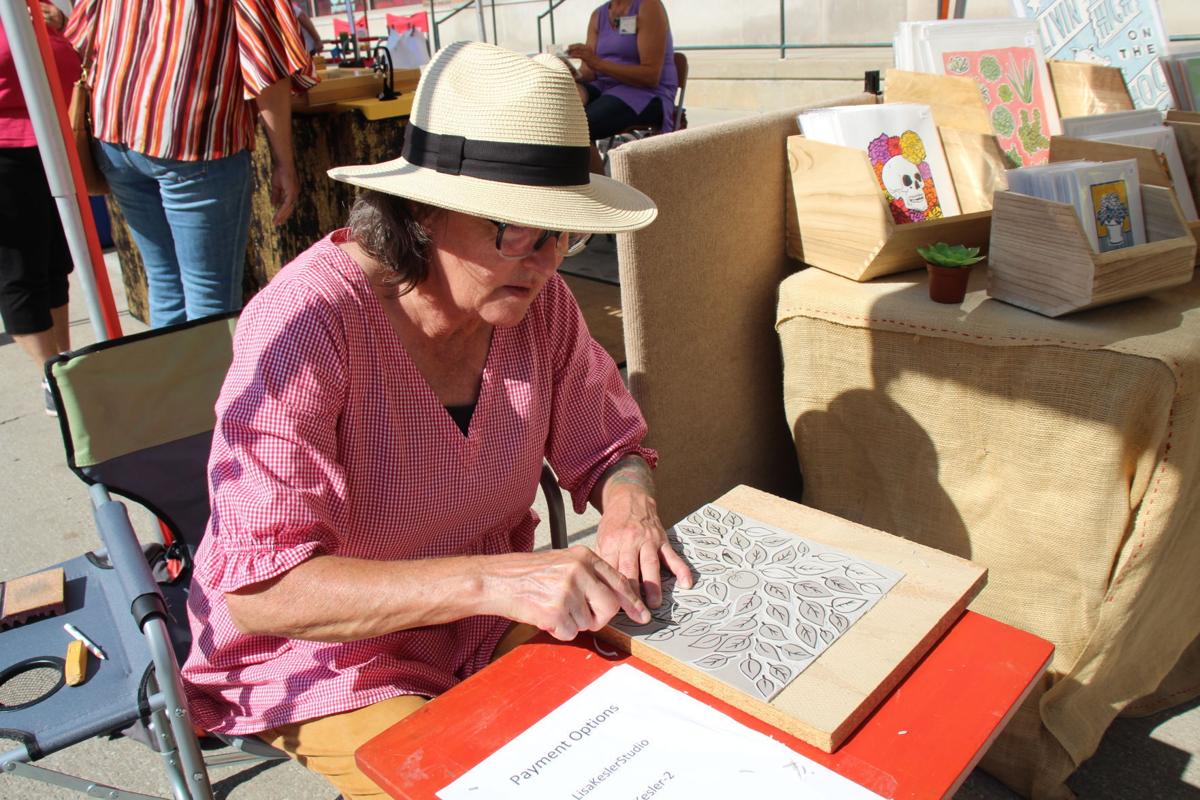 Lisa Kesler, of Champaign, carves designs on linoleum blocks for art printing Sunday at the Sugar Creek Arts Festival in Normal. She was the Best in Show winner this year. 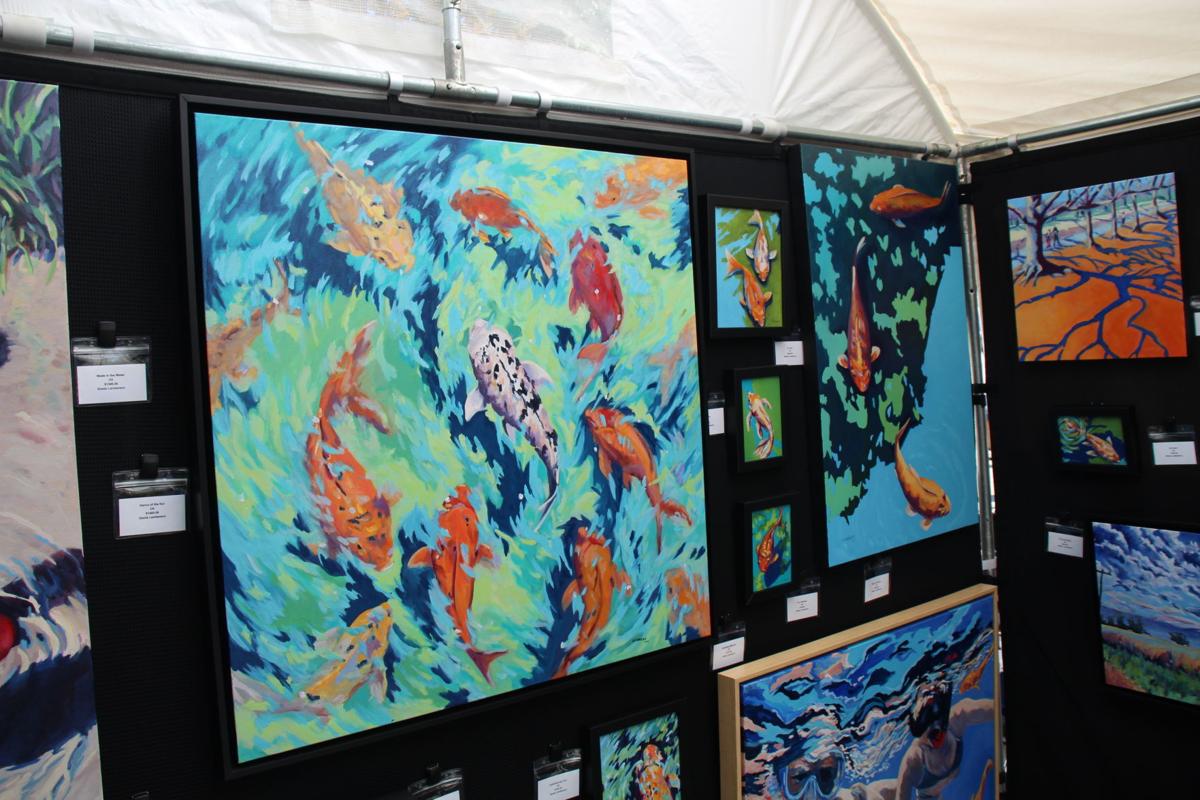 Pictured on the left is a painting titled "Dance of the Koi" by Sheila Lamberson. She told The Pantagraph she likes to find patterns of light and shadows in her art subjects, adding that "koi have an energy about them." 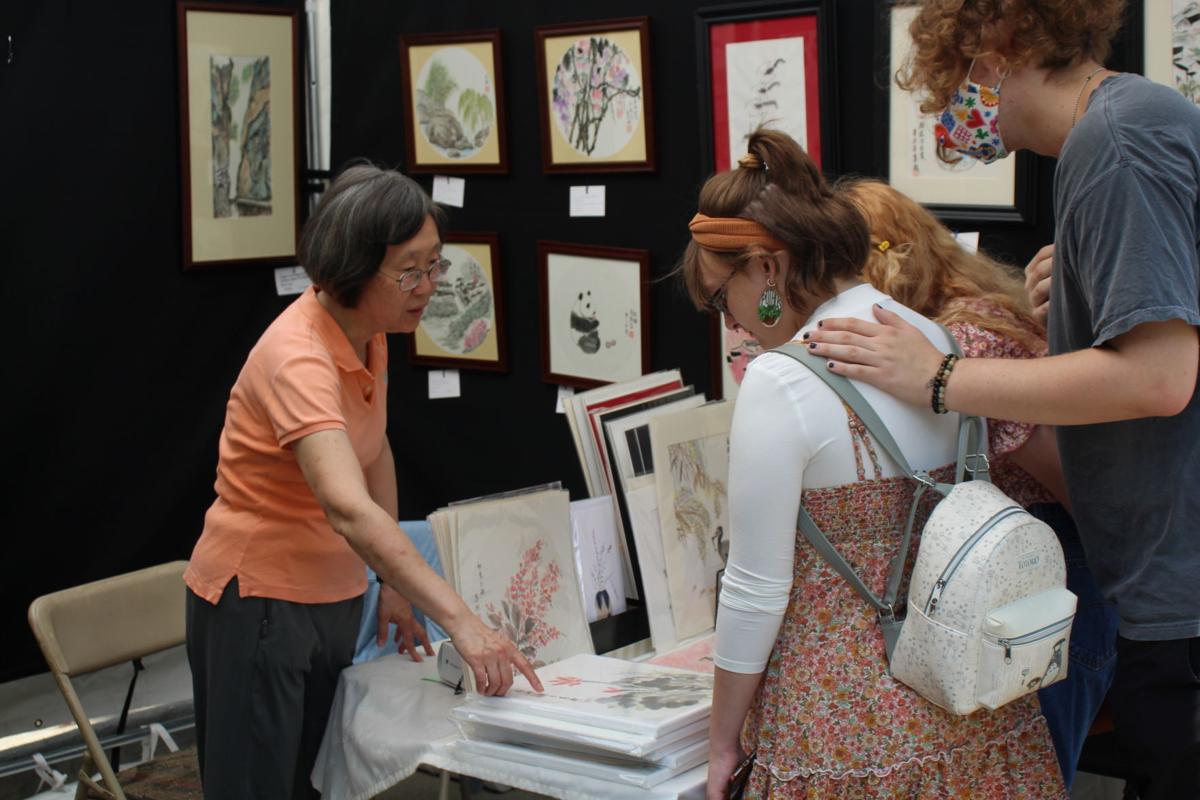 Su Ge, of Bloomington, speaks with potential customers Sunday at the Sugar Creek Arts Festival in Normal. Ge has been making traditional Chinese brush paintings for about three or four years.