BLOOMINGTON — For the first time, rainy weather was not an obstacle at the Hill of a Race run Saturday at Bloomington's Ewing Park.

About 150 people showed up to jolt their way through a 30-obstacle course across 5 kilometers, complete with monkey bars, mega teeter-totters, and a splash through Sugar Creek.

Dust2Glory Fitness sponsored the event, which was held in coordination with the Bloomington Parks, Recreation and Cultural Arts Department. Dust2Glory head coach and owner Dustin Webb, who is also the event's co-director, said their 200-foot slip-and-slide had the most rave reviews. Runners billowed through a big foam pit waiting at the end of the slide.

"They came through looking like they just had a blast," Webb said, "like they went through a dishwasher car wash."

He said he saw a lot of smiles throughout the day. But there was also a lot of persistence.

A competitive wave of runners was required to complete every obstacle and stick to the course rules. Webb said runners couldn't let their feet touch the ground when climbing, and there were separate weights to carry for men, women and children who ran.

Webb said with planning the course, he has to balance the entire race for both competitive and non-competitive runners. He said participants were allowed to try the obstacles as many times as they needed. Runners who couldn't complete an obstacle would lose their competitive armband and were switched to recreational.

Webb said their youngest competitor was 7 and the oldest was 61.

The leading male winner was Bloomington's Aaron Webb, 14-year-old son of Dustin Webb, who finished with a time of 29 minutes and 55 seconds. He was closely followed by Champaign's Shane Brownfield, trailing just 11 seconds behind Webb, and then E.J. Garneau, taking third place with a time of 31:03.

Wendy Edelman of Forrest placed first among female runners with a time of 42:41. Bloomington's Samantha Renken crossed the finish line 5 minutes and 2 seconds after Edelman. Betsy Zimmerman, also of Bloomington, took third at the 55-minute mark, plus one second.

Webb said a runner's time can't be a determining factor in how well they did, because a normal 5K race might have a key time of 18 to 24 minutes.

"Whereas this case, the top winning time was just under 30 minutes," he said.

Webb described the event as an inexpensive race that families can participate in together.

"I like to say for Hill of a Race is that it's family-friendly, spectator-friendly and budget-friendly," he said.

Justin Beeman completed the course Saturday along with his two children, Logan and Claire.

Claire said her favorite obstacle was the seesaw.

"Mine would have to be the A-frame," added Logan.

Justin Beeman said the event is fantastic, adding that he returned Saturday for his third year.

"Coach Webb puts together a great event," he said. "It's a wonderful race and we're super happy it's here in town where me and the kids can do it together."

"But I'm a gymnast, so I love doing ninja courses," she added.

"It's like Ninja Warrior, but it's in the woods."

Her favorite obstacle was the Stairway to Heaven, which she said has tall steps.

But as a gymnast, she said climbing the ropes on the Bob's Bars obstacle was the most challenging.

"With the ropes, you need a lot of grip strength," said Katie. "It was pretty hard, but gymnastics really helped me with that."

Her mother, Sarah Gillette, ran along for support. She said getting the javelin to stab in looked hard.

Katie Gillette and the Beemans both said they planned to return in 2022.

"Absolutely," said Justin Beeman, when asked if he would do it again.

Dust2Glory also has an all-ages decathlon scheduled for Saturday, Sept. 25. It's called DEKA STRONG, and consists of 10 fitness training events.

How to introduce pet cats to each other

Two touchdowns were scored in the final minute of the Normal West win.

How to introduce pet cats to each other 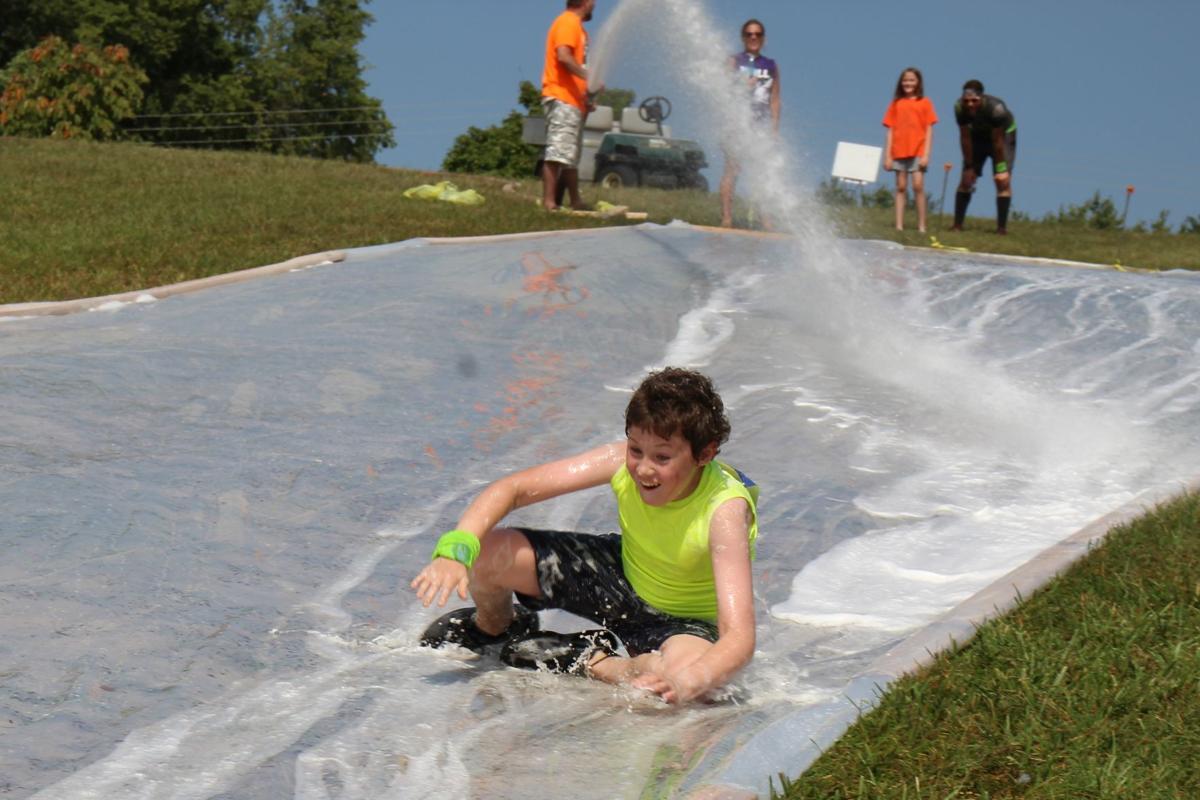 Logan Beeman careens down a slip-and-slide Saturday at Ewing Park in Bloomington as part of the 5K Hill of a Race Obstacle Run. 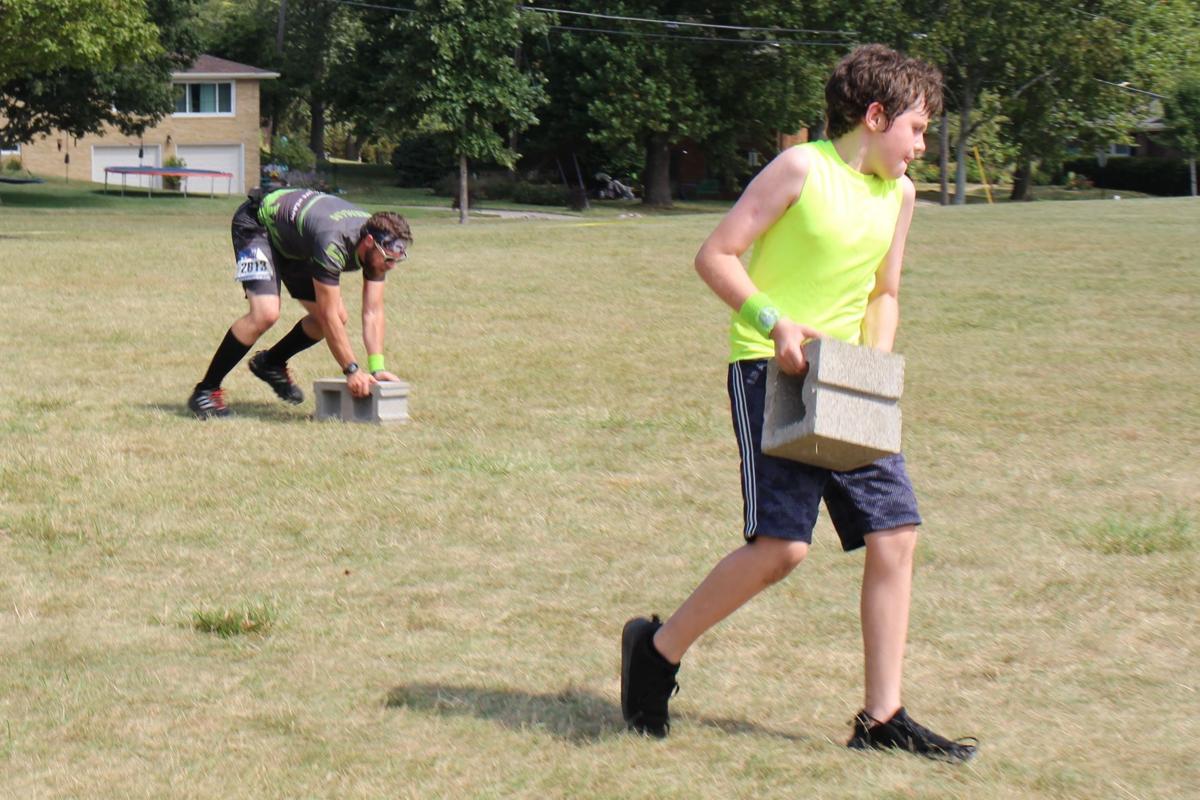 Father Justin Beeman, left, and son Logan Beeman, right, carry cinder blocks as part of an obstacle at the Hill of a Race Obstacle Run Saturday at Ewing Park in Bloomington. 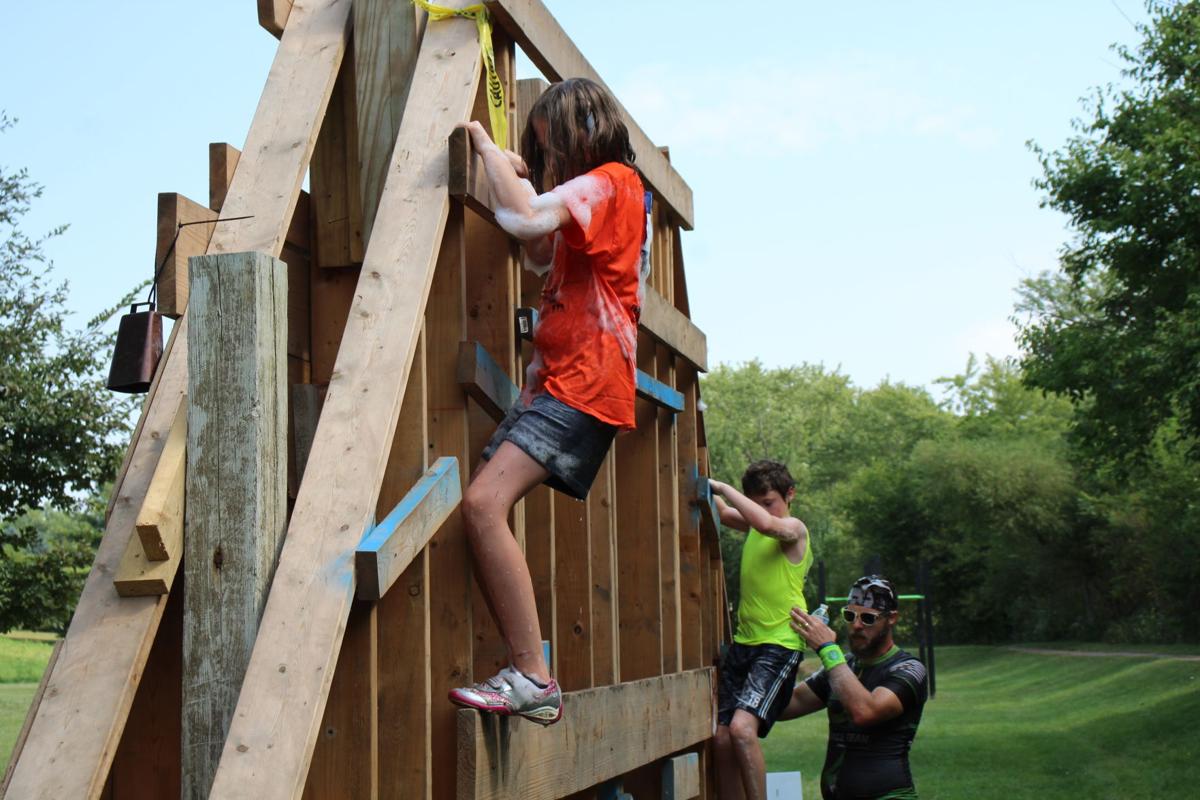 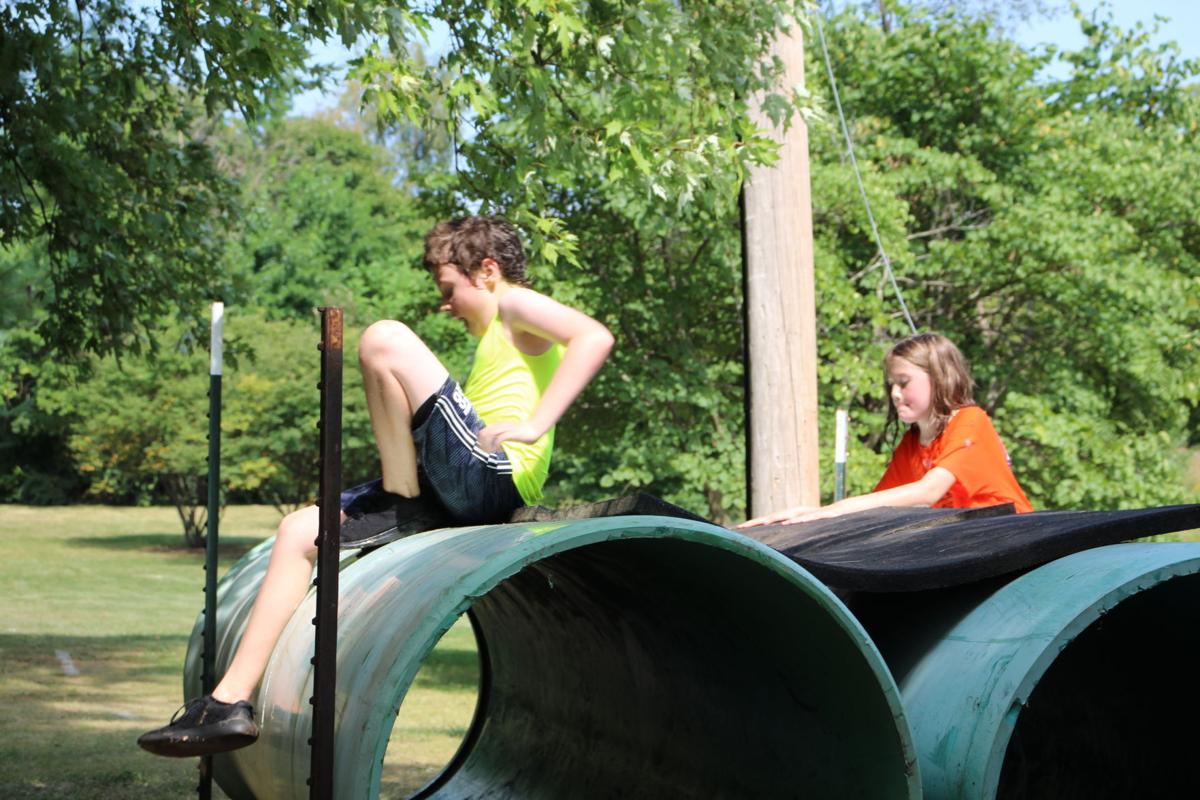 Logan Beeman, left, and sister Claire Beeman, right, traverse a set of large pipes Saturday as part of the Hill of a Race Obstacle Run at Ewing Park in Bloomington.