Held on the Tuesday following Thanksgiving, Giving Tuesday is a global campaign that launched in November 2010 to encourage people to give back to their community through volunteering or donations.

"It follows Black Friday, which is historically recognized as the kickoff event for holiday shopping," said Lisa Thompson, executive director of Project Oz, which provides programs serving homeless youth and those at risk of homelessness in McLean County. "Giving Tuesday, which then follows all of those shopping activities, allows us to celebrate a day of giving back and a day of generosity."

Local nonprofits like Project Oz and the Salvation Army of McLean County hosted virtual fundraisers and other events to draw support, which helps fund community programming each year.

“We focus a lot of Black Friday and now Cyber Monday. Giving Tuesday was started years ago to just focus after we’ve spent money and gone out there and done some wonderful holiday shopping, to then take some focus and focus on giving back," said Angie Bubon, director of development for The Salvation Army Bloomington Corps. “And then to just remind people that it’s about giving this season too and doing what you can to support the community.”

Project Oz launched its virtual Giving Tuesday campaign, raising $3,055 of their $3,000 goal. In the days leading up to the event the organization raised $16,000 through local businesses who partnered with the group as a Giving Tuesday sponsor.

"Each year the number of individual donors who have selected Project Oz as their donation of choice has grown," said Thompson, adding that the organization is mission focused and does not have many opportunities for fundraising. "We're always excited to see new individuals who are connected to our organization."

Current and former employees with Integrity Technology Solutions have volunteered for many years with The Salvation Army. But eight years ago, father and son duo Chad and Harlan Geiser started a tradition of putting on a concert to encourage kettle donations.

On Tuesday, the two performed outside the Jewel-Osco at 2203 E. Oakland Ave. in Bloomington, with Chad Geiser playing the trumpet and Harlan Geiser playing trombone. The duo performed Christmas songs for an hour with groups of shoppers stopping to listen.

"We wanted to kick it up a notch," said Harlan Geiser. "We wanted to see if we could actually generate some excitement around that particular hour of the day and raise a whole bunch of money in that hour."

Last year, the coronavirus pandemic posed new challenges for bell ringers. But that didn't stop Chad and Harlan from volunteering. Last year they were able to raise $3,229 for The Salvation Army Bloomington Corps.

"We moved to doing an online kettle as well, and we were just hoping we could raise as much money during a pandemic year or years as we have in the past," said Chad Geiser. "I think it's important to give beyond Giving Tuesday, but Giving Tuesday presents an opportunity to draw even more attention and help rally people together on that certain date."

Harlan Geiser said that he is thankful for the many blessings in his life, but there are many people in Bloomington who are in desperate need of assistance who benefit from programs through organizations like The Salvation Army.

He said, "Anything that we can do to be helpful for them is the reason that I'm here."

From the Archives: Thanksgiving through the years in Bloomington-Normal

Pikachu leads a group of balloons

Thank you, Thank you!

Be sure to attend the Revival

Pumpkin Pie and the Puritan Thanksgiving

What is Significance of Thanksgiving 1942

Our Three Stores Will Be Closed

How to speak to kids about school shootings

The Pantagraph Goodfellow Fund for Tuesday: See who donated

BLOOMINGTON — An aggravated battery charge has been filed against a Normal man who is in jail custody.

With a new COVID-19 variant gaining attention worldwide and 383 new cases in the county, the McLean County Health Department is urging residents to get tested after the long holiday weekend.

Bloomington-Normal, other areas to get new area code: 861

The Illinois Commerce Commission announced Monday that the 309 area code territory, which includes Bloomington-Normal, Peoria and the Quad Cities, will be overlaid with the 861 area code in late 2022 or early 2023.

The event will begin at 9:15 a.m. Saturday at the Miller Park Pavillion. Check-in opens at 9 a.m. Families are required to pre-register at bloomingtonparks.org by Thursday.

Donations 'Stuff the Bus' in Normal

Uptown Normal is getting a personal touch this month as holiday windows return.

How to speak to kids about school shootings 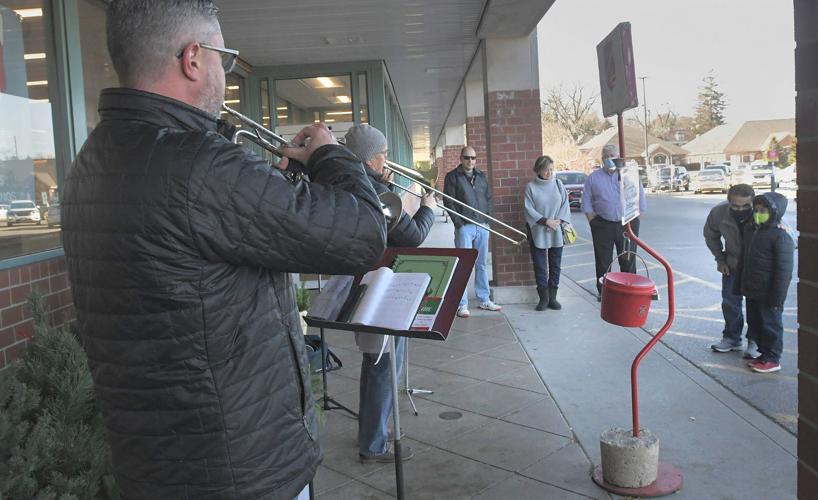 Chad Geiser, left, and his father Harlan play Christmas music at the Jewel-Osco on Oakland Avenue in Bloomington during Giving Tuesday. See a video with this story at pantagraph.com. 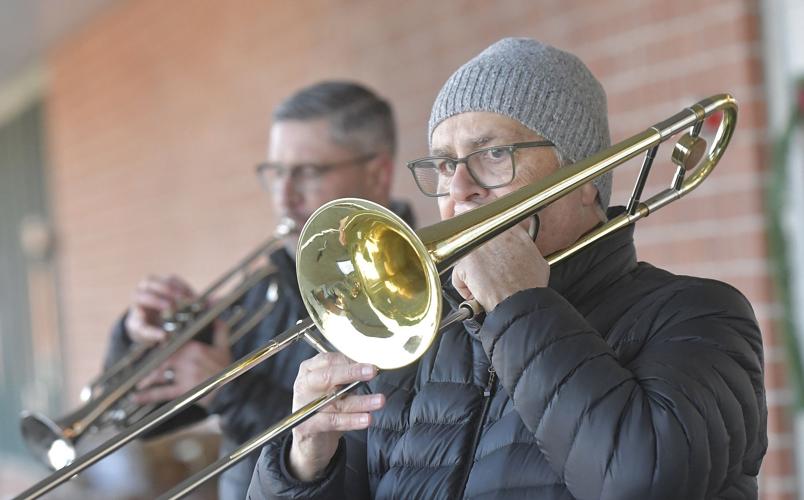 Chad Geiser, left, and his father Harlan play at the Jewel-Osco in Bloomington on Tuesday. Giving Tuesday is a global campaign that launched in November 2010. 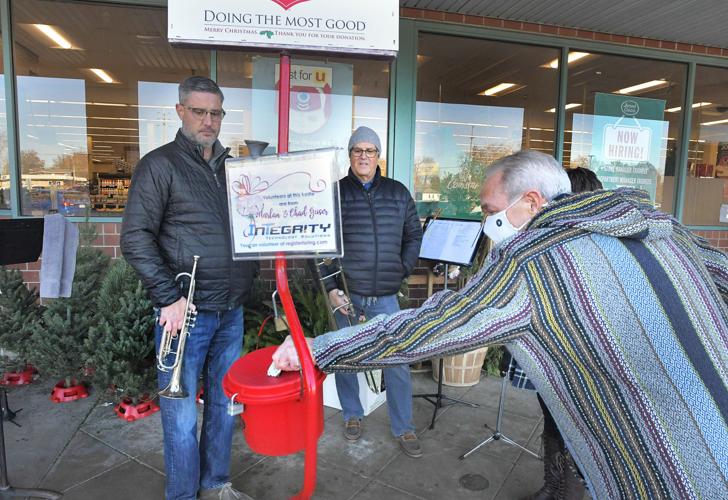 Scott Morris of Bloomington, right, makes a contribution to the Salvation Army as bell ringers Chad Geiser, left, and his father Harlan, representing Integrity Technology Solutions, played their instruments and rang the bell during Giving Tuesday at the Jewel-Osco in Bloomington.