HARRISTOWN — A 110-year-old electric passenger car will make one last journey to Bloomington.

The deteriorating wood and steel sleeping car has sat dormant outside the old interurban train station in Harristown for decades. But one Bloomington man has big plans to restore the piece of Central Illinois urban rail history to its former glory.

"It's going to be a lot of trial and error," said David Parker, who has spent months researching a way to salvage the train before it is scrapped for good. "It's going to be a complex move, and we knew that when we came into it."

After months of research, Parker and a small crew began the long process of moving Sleeper Car 535 from behind the old Harristown train station on Monday.

The 57-foot train car was split in half in preparation of the move, and a semitrailer was on hand to transport it roughly 50 miles back to Bloomington, where it will get a complete makeover.

Parker first discovered Sleeper Car 535 when the current property owner offered it for free to anyone who could move it.

In the early 1900s, the Harristown train station was part of the Illinois Traction System, which connect cities using electric lines to power small "traction" cars like Sleeper Car 535.

The train car built by the St. Louis Car Co. ran until the 1950s, when the Illinois Terminal ceased passenger service before eventually closing operations permanently.

Since then, the Harristown train station has housed multiple businesses before it was purchased four years ago by David Lee Allen and his wife, Laura Jahr. The couple purchased the station with dreams of restoring the historic building as well as the train car that sat outside it.

"We had to do some major, major things to make this a livable home," said Allen. "Since we've been doing that, we knew the funding was not going to be there to work on the train car."

In June Allen announced in a Facebook post on Illinois Central railroad Heritage Association that if someone was up to the challenge they were free to take the train out of their backyard.

The post, he said, went viral overnight with more than 2,000 shares and over 300 comments. People began calling and questioning about the car. Some even made the journey out to Harristown before deciding the project was "too much" for them.

Unless someone stepped up to move the train car, it was destined to be scrapped. That's when Parker stepped in, spending months building braces and contacting potential businesses that could move the train car.

Moving to Plan B

With a telescopic handler — a machine similar to a forklift that can also act as a crane — lifting sections of the car the crew was able to separate the two halves on Monday morning. Every inch resulted in a creak or groan as the 1911 train moved for the first time in over 35 years.

Just one move could cause the fragile car to collapse.

A few onlookers gathered outside to watch the crew work, many long-time residents of Harristown. Tonya Patkus, who lives across the street from the old station, said that many high school students visit the train car for senior photos.

"It's kind of sad to see it go, but it's also sad to see it sitting in such bad shape," she said. "Hopefully it can be restored and preserved."

Stephen Turner, a friend of Allen's who lives nearby, said his 82-year-old mother Nancy turner used to travel to work on the interurban train.

"I think it's pretty cool," he said of Parker's project. "This is a part of Harristown's history. Trains are a symbol of Harristown, they always have been. You can always hear the whistle blow."

After several hours of work the crew retired for the day to regroup. Parker said the train will need further disassembling to make the more than 107-000-pound machine even lighter for transportation. The process could take weeks and would require Parker to unscrew the metal roof.

But the disassembling is no surprise, Parker said. In order to restore the train car he always anticipated on disassembling the roof once it was in Bloomington.

"Nothing has really changed except the sequence in which its being done," said Parker. "If you have the pieces, you can put it back together."

Eventually the car will be taken to a property Parker owns along Route 66 in Bloomington. He plans to restore the car and potentially operate a small café out of it for his wife.

The project is not Parker's first, but it is his largest. In the past he has restored old airplanes, some dating to the 1930s. But the restoration effort is more than just a potential business venture, it's about preserving a piece of Illinois history.

Parker has allocated $10,000 to fund the restoration project, but has also opened a GoFundMe for donations. He has raised more than $3,000 in an effort to move the car back to Bloomington.

He is also committed to completing the project in honor of his friend, Michael Fortney, 69, of Bloomington, who recently died. Forntey was passionate about saving the rail car and had donated to the project.

"I've been very touched by the support," said Parker. "We're doing it for the history, but now we're also doing it for Michael."

PennyWise Episode 39: Easy ways to save money on holiday decorations this year

John McKey, who started wind surfing in the 1980s, said “the thrill of the wind and going fast and getting out in nature” are what attracts him to the sport.

PennyWise Episode 39: Easy ways to save money on holiday decorations this year 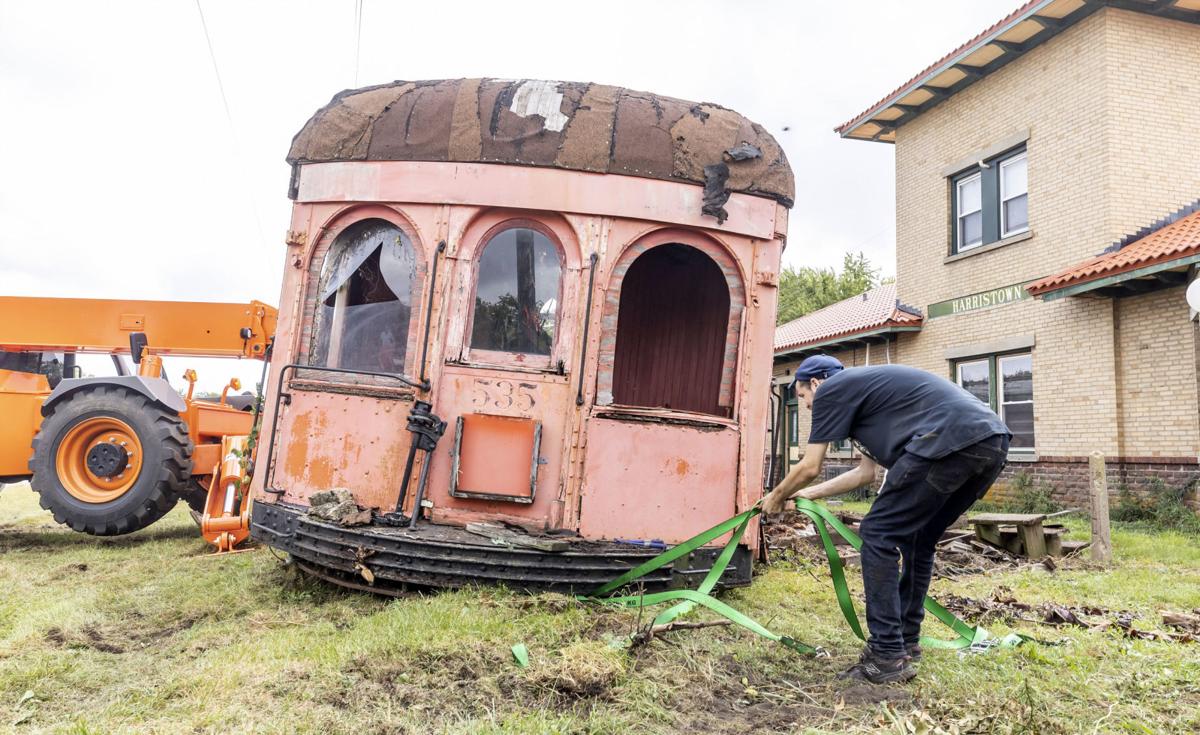 David Parker works on Monday to move a historic 1911 train car from Harristown to Bloomington. It had been part of the Illinois Traction System. 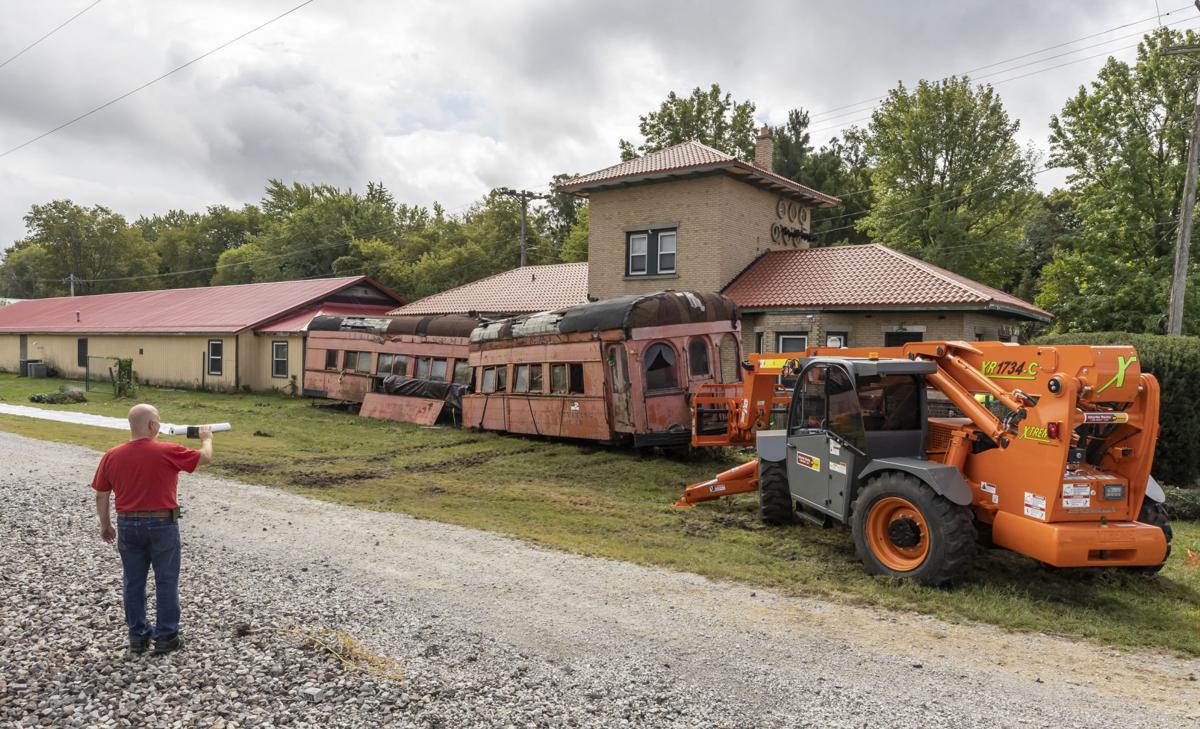 Owner David Lee takes a photo in September as David Parker works to move a historic 1911 train car from Harristown to Bloomington. Parker plans to renovate it into a potential café or bed-and-breakfast. 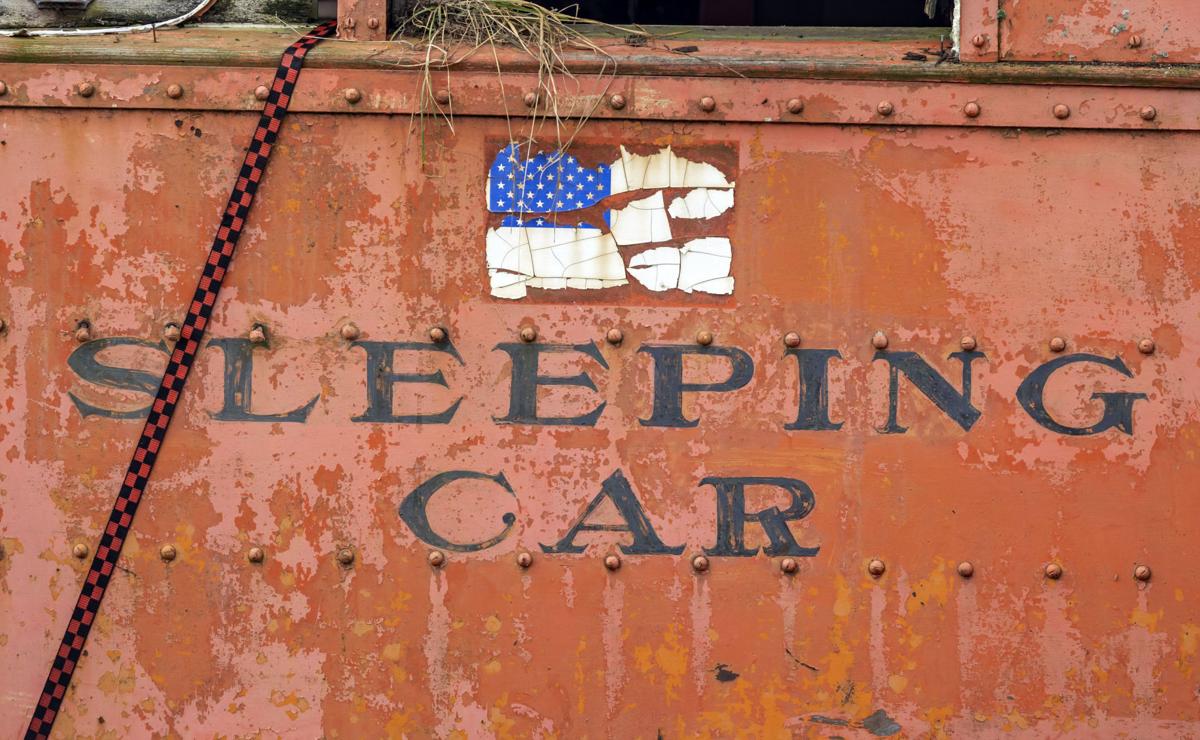 For decades, the wood and steel sleeping car has sat dormant outside the train station, which has housed antiques, furniture, a Coca-Cola museum and now a family. 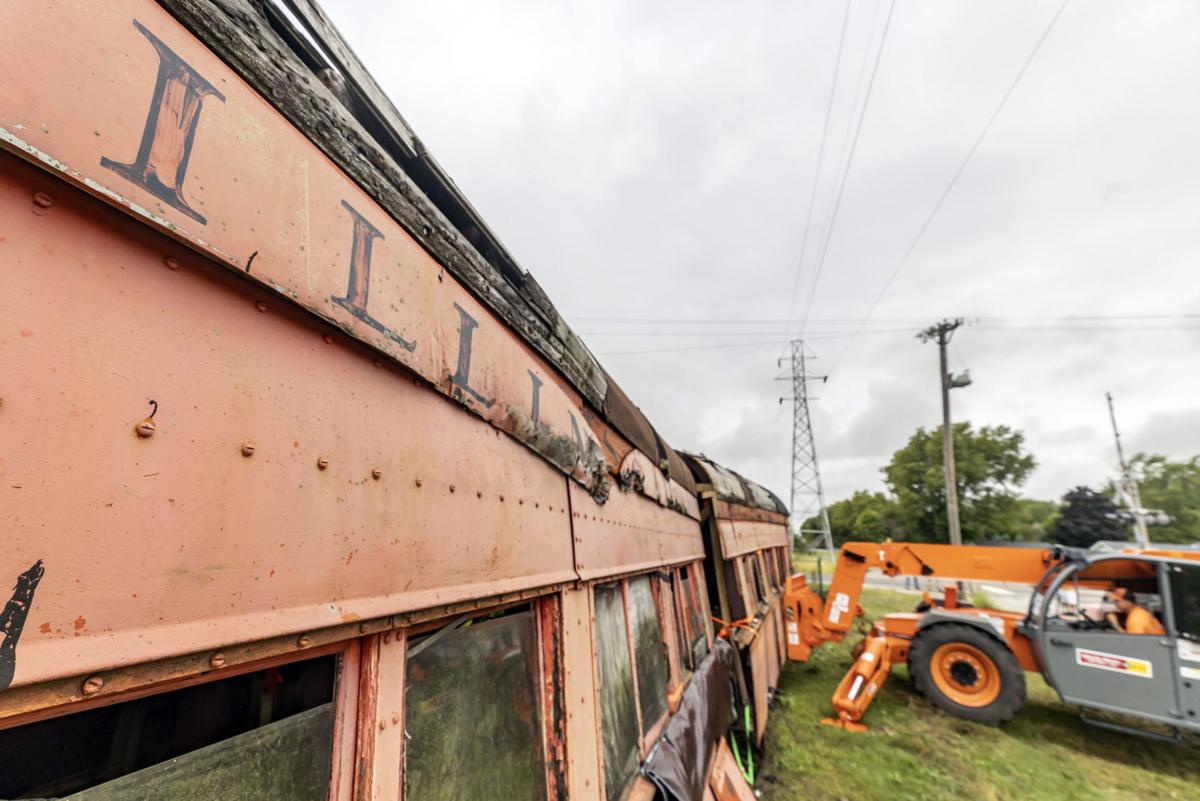 David Parker works in September to move a historic 1911 train car in Harristown to Bloomington. He hopes to transform the car into a café or bed-and-breakfast. 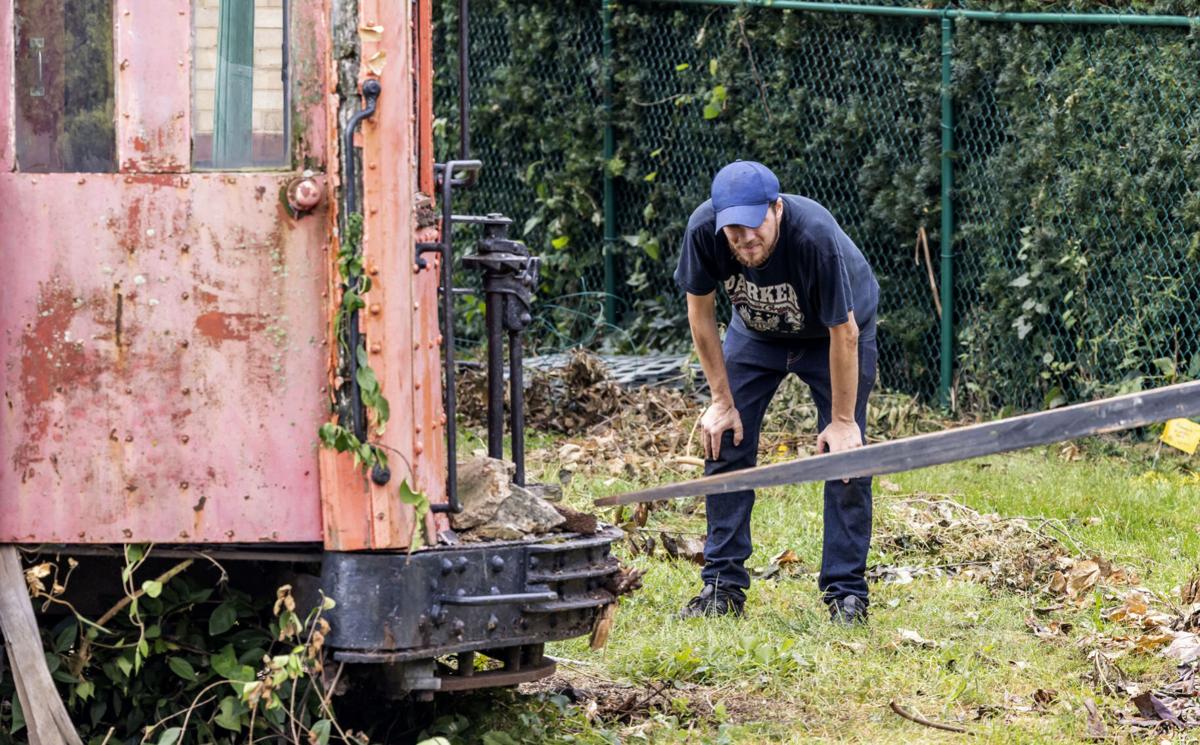 David Parker watches as machinery is used to remove a historic railcar in Harristown on Monday. 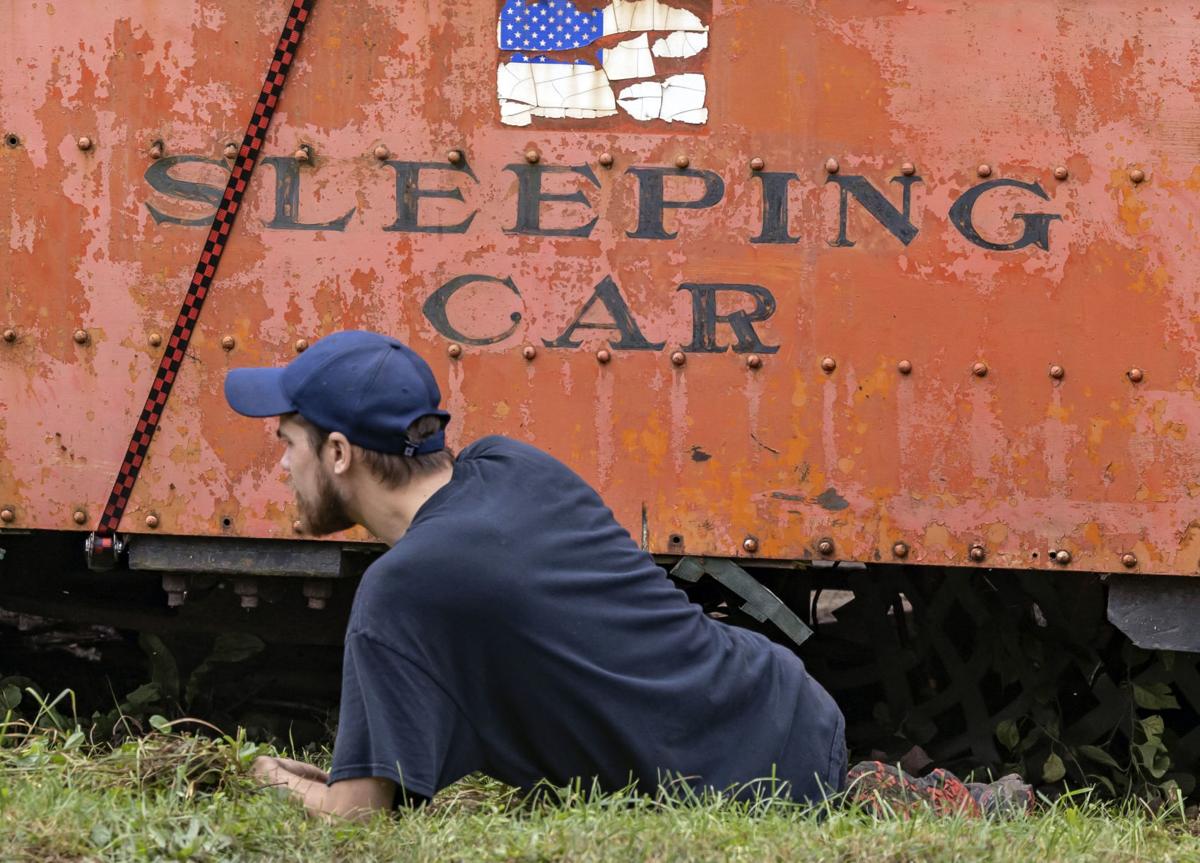 David Parker works on Monday to move a historic 1911 train car from Harristown to Bloomington. 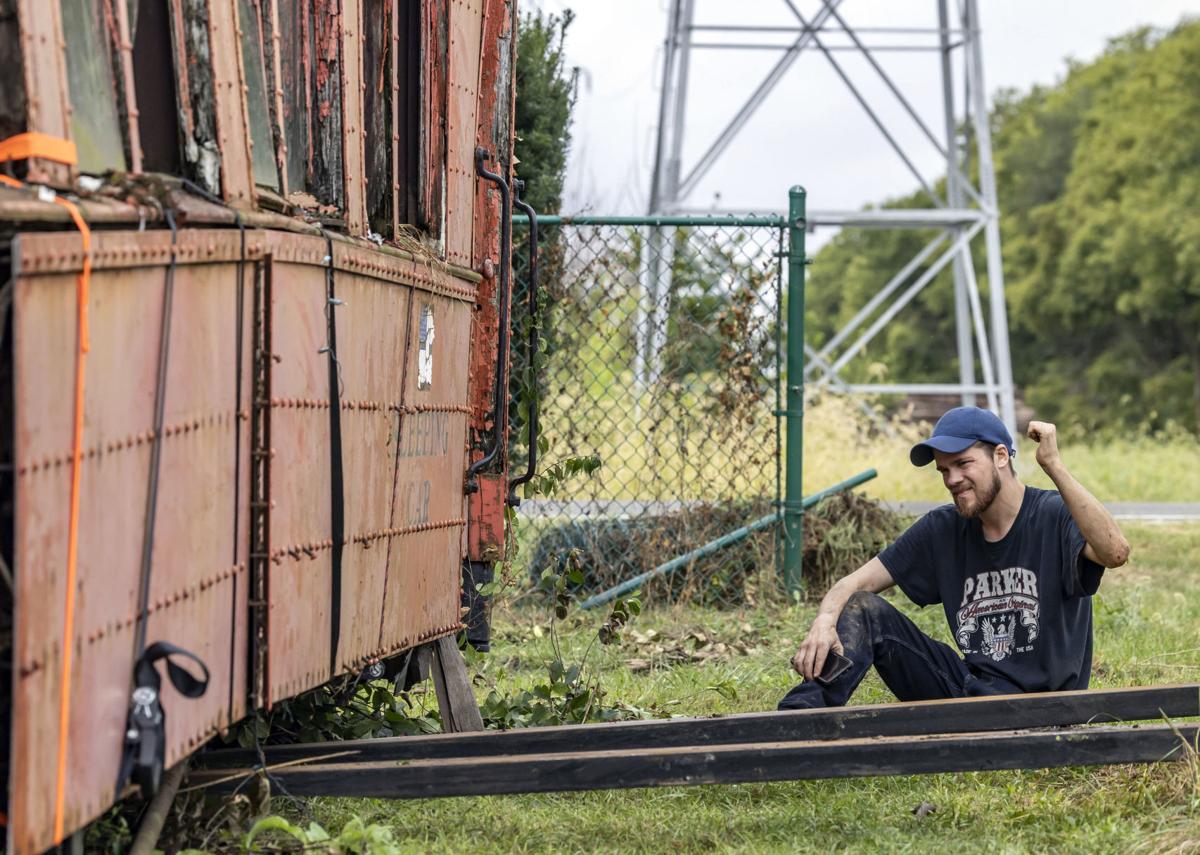 David Parker positions equipment to move Sleeper Car 535 in Harristown on Monday. Parker has allocated $10,000 to fund the restoration project.