NORMAL — Hundreds of thousands in fundraising dollars, two years and one pandemic later, the "Healthy Me!" exhibit at the Children's Discovery Museum in Normal is open for business.

Lead donors to the roughly $420,000 exhibit include OSF Healthcare, the McLean County Dental Society and the Meyers Family Foundation, as well as then-Advocate BroMenn Medical Center and Community Cancer Center.

Museum Director of Cultural Arts Beth Whisman said that while visitors have been able to interact with the exhibit since museum doors reopened in May, there hasn't been a grand opening party like organizers originally envisioned.

COVID concerns prompted donating medical groups to advise against a large gathering both last year and this year, Whisman said, but they didn't have an issue with a "soft opening" that allowed a limited number of participants at a time.

"We really wanted to show off the space and we didn't want kids to not be able to play on it until (we) were ready for a grand opening because that could be who-knows how long," Whisman said.

"When the hospitals are ready to celebrate it, it's going to be just as awesome a year from now — or even two years from now if they'd rather wait that long — to have a celebration of this investment in our local kids, she added. "... It will still be worth the celebration, whenever it happens."

A remote project to renovate

The "Healthy Me!" exhibit has been a staple of the museum's layout since its move to Normal in 2004, but by the time fundraising efforts began in 2019, its components were in need of updates — and that was before COVID.

"Two million kids had played in it and it was showing its age," Whisman said. "If there's any exhibit that should not look old, it's the medical exhibit."

Although funding efforts began before the pandemic, actual design and construction work wasn't set to being until the pandemic was well underway, which brought challenges of its own.

Whisman and education manager Rachel Carpenter said they both remember how challenging it was to attempt to redesign a 1,000 square foot space remotely. Communicating via Zoom, they found, was more challenging than it had been when representative were able to work with them in-person.

"There was at least one point where we kind of hit a really low point where it was like, 'They are not understanding us, they don't get us,'" Whisman said. "That was definitely a hurdle that we eventually made it through, but I felt like it took more iterations to get conceptually to where we wanted to be, than it would have in a typical experience."

Designers presented ideas for a skeletal display, a revamped telehealth display and a redesigned ambulance that would feature donated parts from the Normal Fire Department.

While most everything was planned ahead, COVID prompted one change in particular, Carpenter noted, regarding actual plumbing that was added to the exhibit.

"We'd already had telehealth before COVID, so that didn't change anything, but our handwashing station did," she said. "We actually decided to turn that from a pretend, play experience to actual handwashing with water, soap and paper towels. That's a huge change — not in what we were trying to teach, but in the physical experience participants are going to have."

'Everybody is really enjoying it'

The new exhibit features built-in seating areas so adults can sit within the same vicinity as the children play and new signage was added for adults as well. A dental chair remains an exhibit focal point and an emergency room was added for children to become familiar with ahead of a potential visit.

Carpenter said an immunization station was already part of the planned renovation before COVID, but hopes signage around the display will help viewers understand the scientific contexts behind vaccination. Prior to the revamp, that information wasn't explicitly included in the exhibit.

"We've normalized it as part of a general experience," she said. "We've made sure that we're being honest to the science, but also not engaging in any of the conversations related to philosophies or opinions on any of those things because that's not our place. We're not experts in that area, but what we can do is we can talk about the science and that's where we decided to focus our attention."

Whisman and Carpenter said feedback on the exhibit's changes have been positive so far, ranging from verbal feedback to staff observing parents and children play together — including a mother and daughter who brought water samples in a test tube over to a new microscope installation and a boy who swung around on a skeletal display.

"Was that the intention? Not at all. Is it awesome? Most definitely," Carpenter said. "You put these things out here and children will play with it, the way they play with it. It's amazing to see the ways that they adapt and change and improve it. I feel like everybody is really enjoying it."

Walking in the snow can improve post-Christmas blues

During the event visitors can see charging demonstrations, learn about accessories, and meet the Rivian team.

The Children’s Discovery Museum is preparing for its next decades of exhibits and projects with a new master plan.

Walking in the snow can improve post-Christmas blues 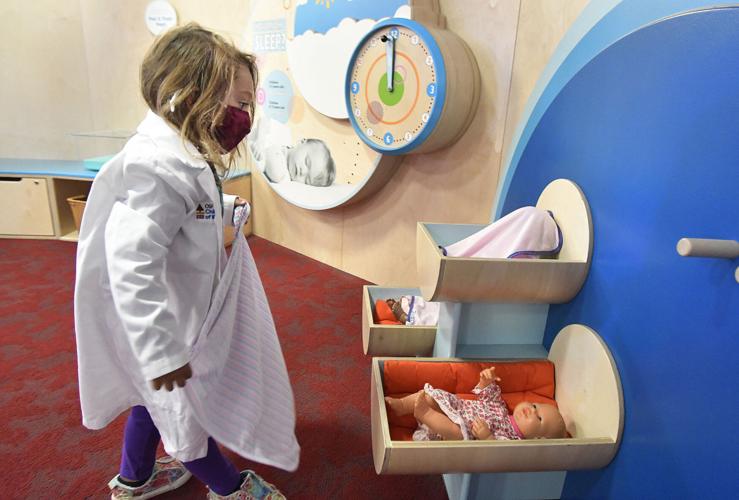 Liana Olivares, 3, Bloomington, covers baby dolls in a nursery in the "Healthy Me!" exhibit at the Children's Discovery Museum on Thursday. 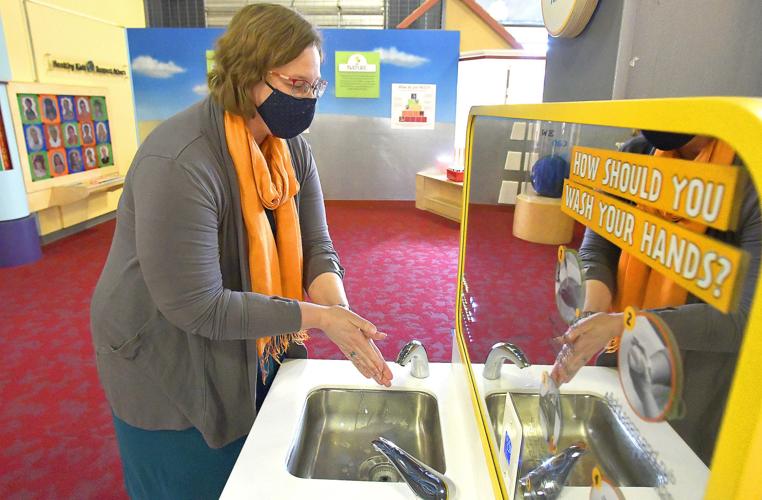 Rachel Carpenter, education manager at the Children's Discovery Museum, washes her hands in the interactive "Healthy Me!" exhibit on Thursday. 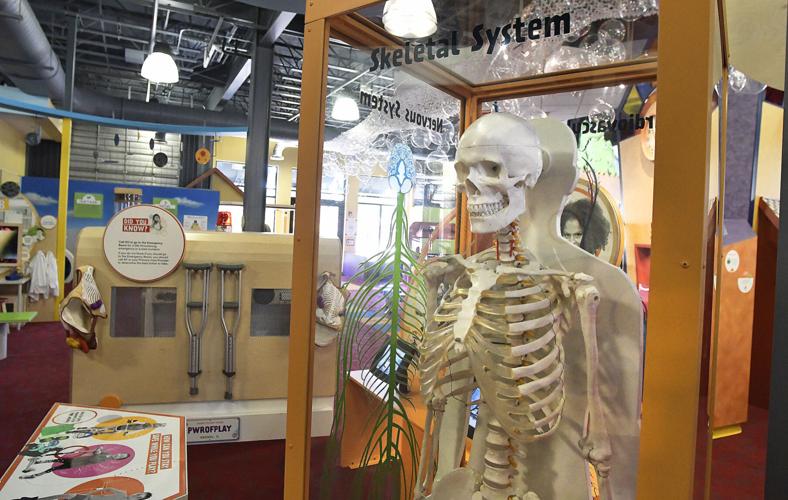 A skeleton in the "Healthy Me!" exhibit at the Children's Discovery Museum includes overlays of various body systems that help children visualize what makes them a living being. 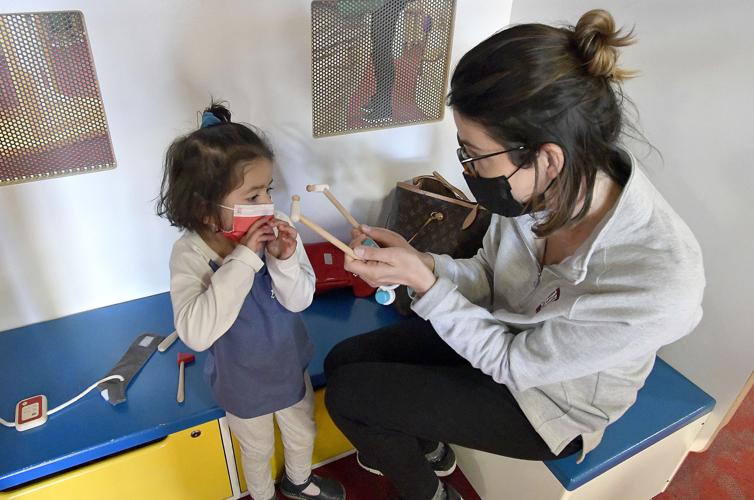 Margaux Ibarra Bernard, 3, left, learns about stethoscopes from her mother, Charlotte, Bloomington, in the Healthy Me! exhibit at the Children's Discovery Museum on Thursday.