BLOOMINGTON — The animals at J.R. Equestrian in LeRoy know that Axel Riordan is different.

They knew his mother first because she works at the facility, but they have come to know her 3-year-old son, too.

The horses, the dogs, the kittens, the chickens — they all know the little boy in the wheelchair is gentle, needs them to be gentle, and will love on them when, and if, he can.

Lexi Worth knew Axel was different when he was about 2 years old. But she couldn't prove it to doctors, who told her there was nothing unusual going on with her son.

"Around his second birthday, he started becoming weak while walking and was regressing instead of progressing like normal toddlers would," she told The Pantagraph in an interview. "A lot of the doctors we saw turned us away. They said his muscles weren't developed yet and this was all normal stuff."

It would take an emergency room visit months later, and a two-week hospital stay, for the right tests to be run on Axel.

In late 2020, he was diagnosed with a rare genetic disorder called metachromatic leukodystrophy. According to the Mayo Clinic, the disease affects the body's nerve cells, causing symptoms that can include muscle rigidity, seizures and loss of vision. It is progressive and there is no cure.

Estimates project the disease affects anywhere from 1 in every 40,000 to 1 in every 100,000 births in the U.S. Worth only knows of one other family in Illinois whose child has received the diagnosis, and they live hundreds of miles away.

MLD, as the disease is called in short, can be diagnosed via a full panel of genetic testing and magnetic resonance imaging.

Gene test results can take months to get back, but Axel's came back in a matter of days, Worth said, since he was hospitalized. Still, the information came too late for the family to do much of anything preventative.

"It was Aug. 30, 2020, that we got the answers we were looking for," Worth said. "His doctors printed off some papers ... and read a little bit to us: 'This is everything he is going to lose, there's no cure, there's nothing you can do to stop it, you just have to accept it.'"

Though Axel's disease is rare, MLD Foundation President Dean Surh said his mother's story is not.

"My favorite quote is 'Mom knows,'" he said. "And then the doctor or the pediatrician very commonly will say, 'Oh, that's a little unusual, let's just keep an eye on that over the next three months.'"

The problem, Surh said, is that three months can make the difference between whether or not preventative treatment can be administered.

In Axel's case, his diagnosis came too late for him to be eligible for any clinical tries or gene therapies.

"Once those symptoms have shown up, they're generally not eligible for therapy, because we don't have a way of fixing the nerves," said Suhr, who had two daughters diagnosed with MLD decades ago. "We have a way of stopping more damage, but with fixing the nerves, it takes a while. Once you have one of these therapies... it takes six months or so before your your blood enzyme levels get up to where they need to be to actually stop the disease, or to slow the disease."

As Worth put it: "If we would have done this testing maybe a week sooner, maybe he could have gotten (treatment), and that's something we will never know."

Axel sees specialists to treat his nerve pain and other issues. But there is nothing they can do to stop the disease itself, Worth said, so the family has adapted as best they can: They bought a larger vehicle so his wheelchair would fit, they budget extra time to go places and do things, and when they spend time outdoors, they figure out how to bring him along.

"Everyone is just like, 'How do you do it?' and I'm like, 'Well, you'll do anything for your kids," Worth said.

Worth has reached out to various MLD organizations for support and activism, which includes advocating for full-panel genetic testing of newborns.

"I'm just out there trying to make sure everyone has heard of MLD and get more people on our side and trying to get newborn screening," Worth said. "Knowledge is power and so I'm like, 'Everyone just needs to learn.'"

Unfortunately, Suhr said full-panel genetic testing is likely a long ways off in Illinois. While every state does screen newborns, the tests required by each state differ.

"It's state health departments — the federal government doesn't say you must do this or you must do that in terms of what screens you do," he said. "From an advocacy perspective ... we want families to come forward and just talk about the overall benefit of newborn screening; that really helps with getting these new these new screenings launched state by the state."

Watch now: Over half of McLean County kids ages 12-17 vaccinated

Life expectancy for children with MLD ranges from 5 to 10 years.

Worth said she, her husband and her other son, 7-year-old Ryder, will try to live as normally as possible for as long as they can.

She takes Axel with her to feed the animals at J.R. Equestrian every night, where she senses a healing power from the animals as they interact with her son. Someday, she said, she'd like to open a therapy farm for kids with similar diagnoses.

"His face just lights up when he sees all of his 'pets,'" she said. "It's really just good for the soul to be around animals and the outdoors."

In the meantime, she said, she just wants to spread the word about MLD.

"I'm just out there trying to make sure everyone has heard of MLD and get more people on our side and trying to get newborn screening," she said. "Knowledge is power and so I'm like, 'Everyone just needs to learn.'"

5 things to know if you got the Johnson & Johnson vaccine

Talk to your doctor

Frontier Airlines to suspend service from Bloomington to Las Vegas

The final nonstop flight is scheduled for Oct 3.

Beginning at 7 a.m. Thursday, the sidewalk will be closed on Towanda Avenue between Kays Drive and Shelbourne Drive.

The $25,000 grant will cover replacement and installation of hot water heaters, furnaces and small appliances such as stoves and refrigerators. Funds will also provide materials to repair walls and floors damaged by water.

Iowa-based Bush Development LLC has pulled out of agreements to build the planned four-story Trail East building in uptown Normal. 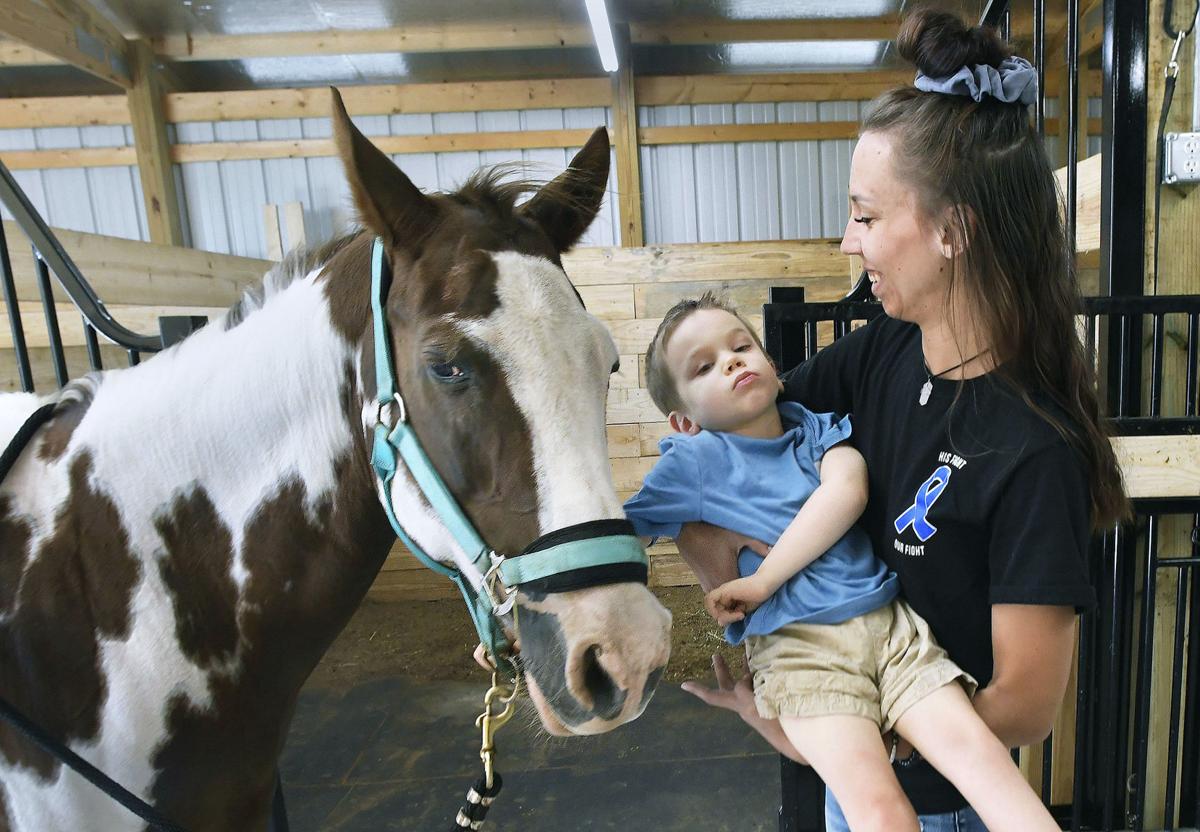 Lexi Worth of Bloomington introduces her son, Axel Riordan, 3, to her horse, Spirit, at J.R. Equestrian in LeRoy on Wednesday. Lexi tries to provide stimulation for Axel as he suffers with metachromatic leukodystrophy, a rare genetic disease that destroys the myelin around nerves throughout the body. 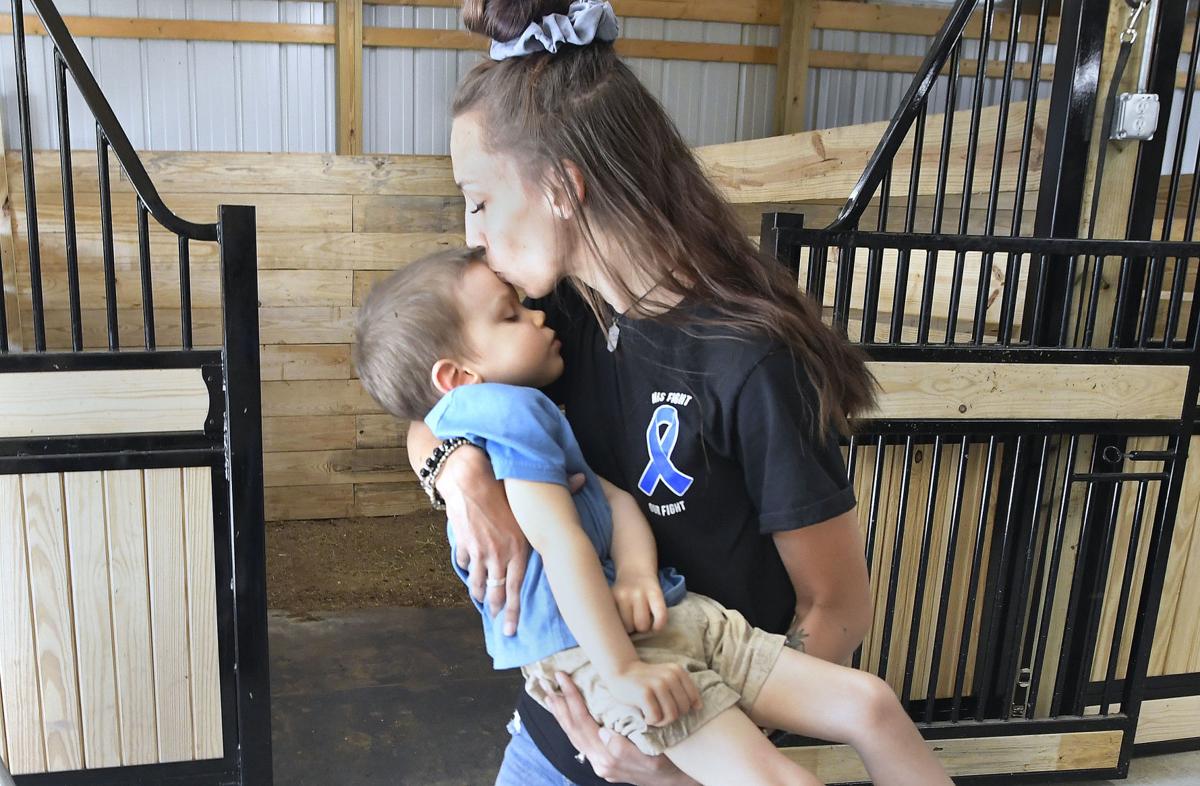 Lexi Worth of Bloomington cares for her son, Axel Riordan, 3, while she works at J.R. Equestrian in LeRoy on Wednesday. She is trying to obtain a designation for a special month to be recognized for metachromatic leukodystrophy. 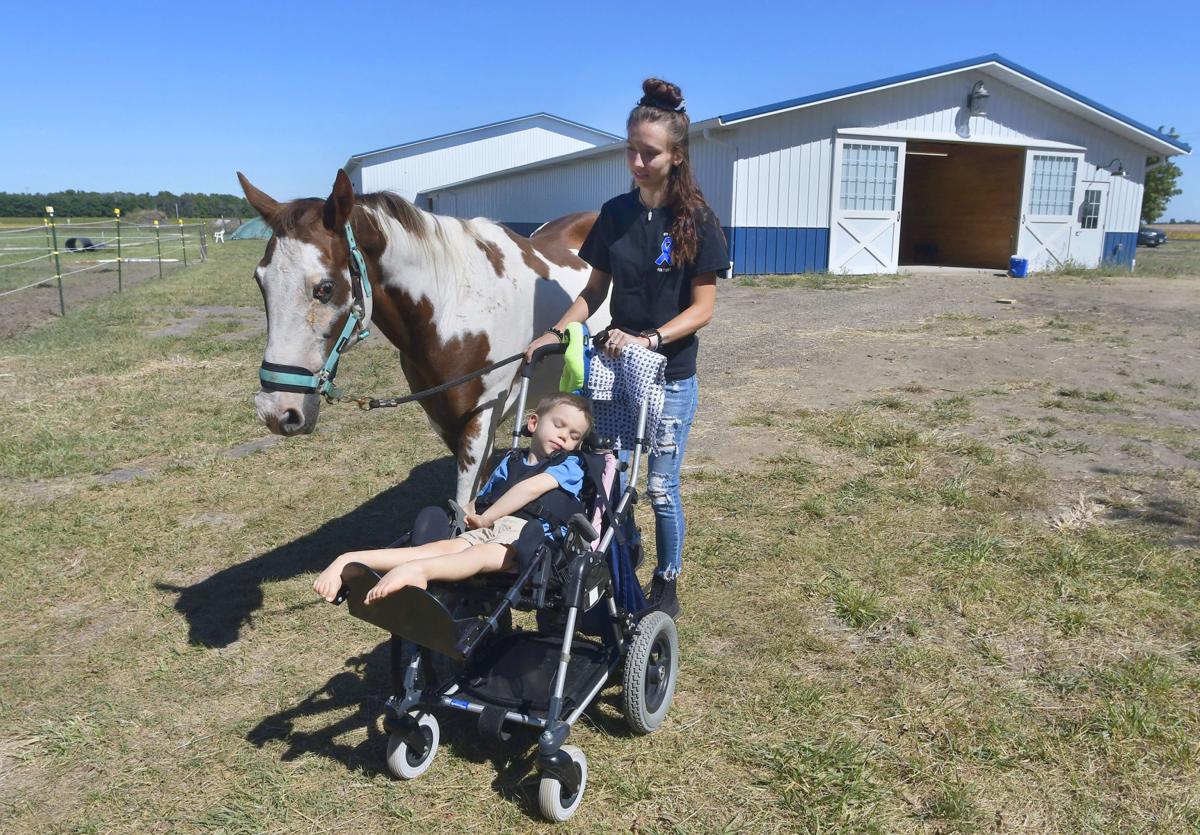 Lexi Worth of Bloomington walks with her son, Axel Riordan, 3, and her horse, Spirit, at J.R. Equestrian in LeRoy on Wednesday. Axel suffers from metachromatic leukodystrophy, a rare genetic disease that destroys the myelin around nerves throughout the body. 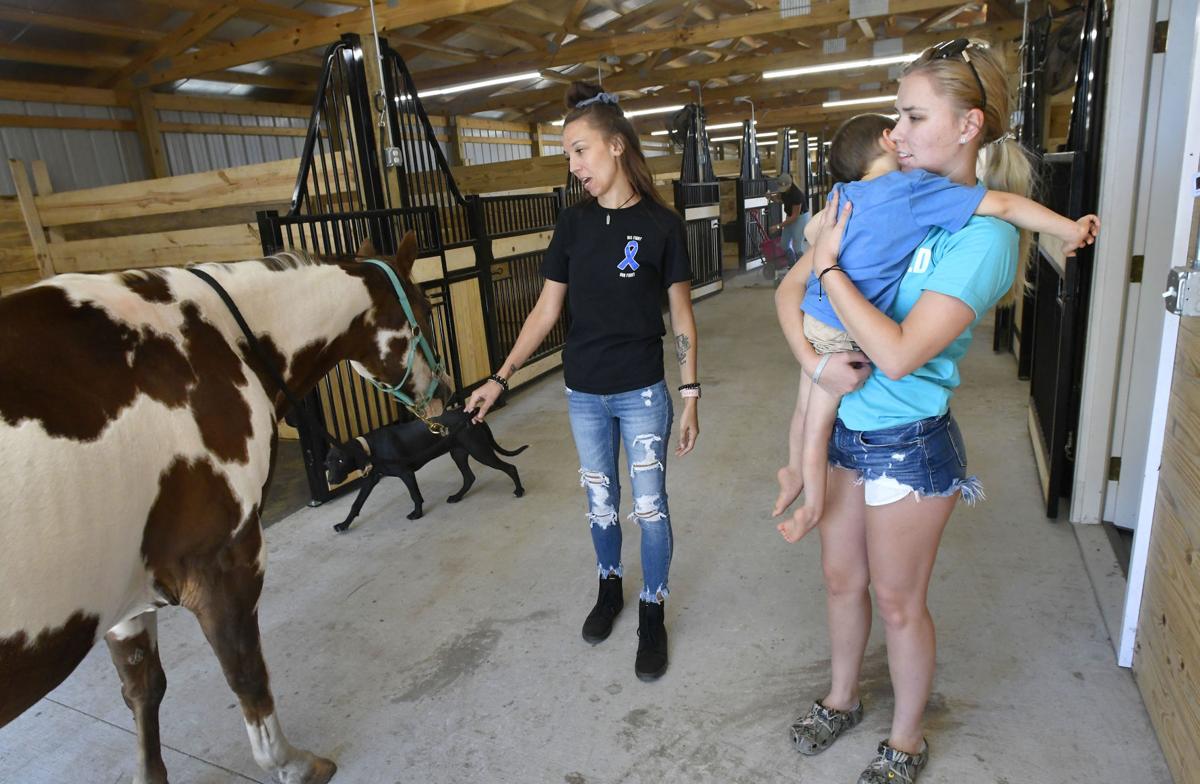 Olivia Worth, right, Delavan, helps her sister, Lexi Worth of Bloomington, with her son, Axel Riordan, 3, at J.R. Equestrian in LeRoy on Wednesday. Axel suffers from metachromatic leukodystrophy, a rare genetic disease that destroys the myelin around nerves throughout the body.