Become a Member
Read Today's E-edition
Share This
Never too old for fitness: More than 55 percent of Westminster’s residents part of wellness program
0 Comments
Share this 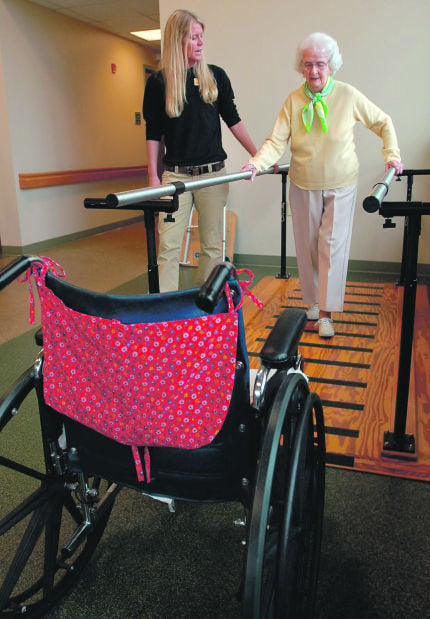 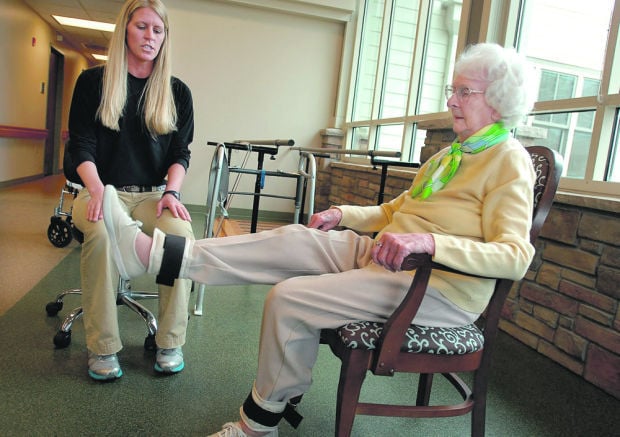 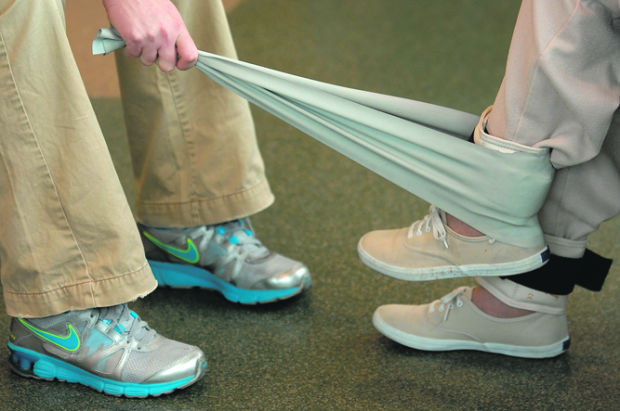 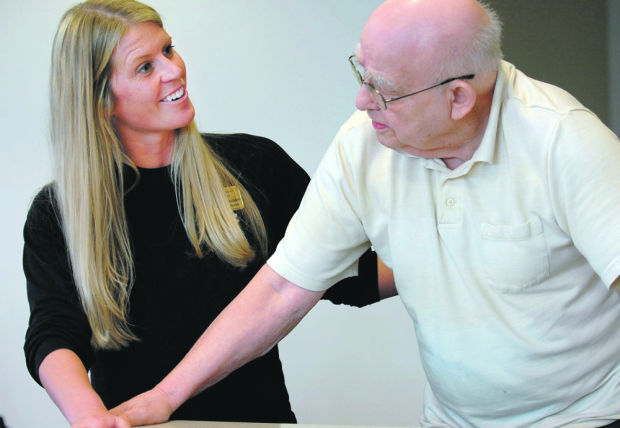 BLOOMINGTON — Virginia Walters, age 100, exercised her legs and arms on the NuStep machine as Ed Godbey walked up and down a step while wearing ankle weights, John Nebgen did leg presses, Jim Eberwine used an arm resistance machine and others did abdominal work, arm and leg exercises and walked laps.

There’s a health and fitness revolution happening at this Bloomington continuing care retirement community and the revolutionaries’ average age is 86.

Less than two years after Westminster Village, 2025 E. Lincoln St., hired Molly Householder as wellness coordinator and opened its wellness center, more than 200 of Westminster’s 347 residents exercise voluntarily with Householder a minimum of once a week and for at least 30 minutes each time. Most exercise with her more frequently.

“I see 50 to 55 residents a day,” she said. She explained she is able to work with four to six residents during a 30-minute period because she schedules a mix of independent residents with those who need more assistance.

Many of those residents also exercise on their own in their rooms or in group exercise classes offered at Westminster. “They are branching out,” Householder said.

Residents aren’t only from Westminster’s independent living and assisted living apartments but many are from Martin Health Center, Westminster’s skilled nursing facility.

“We offer a personalized exercise program for all residents of Westminster Village, focusing on strength, balance and flexibility,” said Householder, an exercise physiologist with a master’s degree in kinesiology.

Just as impressive as the numbers are the benefits that residents are experiencing.

“Residents have told me that it is easier for them to grocery shop, they can now spend a day with their grandchildren or great-grandchildren without being exhausted and they feel better,” Householder said.

One resident hadn’t walked without his walker for four years but now is walking using only a cane. Another resident is pain free after dealing with sciatic pain for 20 years. A third resident has been able to rejoin a book club because she can again walk up steps into the home where the club meets.

“Generally, a lot of residents are feeling stronger in day-to-day activities, they are feeling less pain and are able to do more and have more energy throughout the day,” she said. “Exercise is allowing them to be more successful.

“Plus, there is the social aspect of the wellness center,” she said. Residents motivate each other and socialize during their exercise time.

“I’m thrilled,” Householder said of the results. “To see how people are embracing it is rewarding. This is better than I thought it would be.”

Residents — and a longtime physician who is the primary care doctor to many Westminster residents — also are pleasantly surprised.

“I refer to the wellness center as a place of miracles,” Nebgen, 77, said after finishing his workout on March 18.

“At the beginning, I thought it wouldn’t amount to much,” he said of the wellness center and exercise program. “Actually, it’s amounted to a lot. I’m amazed by that (the level of participation and results) and I’m really kind of surprised.”

Dr. Uday Deoskar, an internist and geriatric specialist, has 80 patients who live at Westminster, including 46 who are more than 90 years old.

Deoskar has been encouraging his patients to exercise for years. But in the past few months, he has noted the increase in patients working out at Westminster and the benefits they are experiencing.

“What Westminster has done is removed all the barriers to exercise,” Deoskar concluded.

“They have provided people with a place where they can reliably exercise, it’s accessible and well designed. They have the right room, the right equipment and the right person in Molly, who is enthusiastic and knowledgeable.

“Now, I just tell my patients there ‘Go to Molly.’

“To my mind, a lot of institutions can learn from what is going on there,” he said. “They (Westminster) have taken the right steps and the residents are benefiting.

“What I have seen in my patients is their sense of well-being and mood have improved, they are functioning better, their pain is better controlled, they are better managing their chronic diseases, they are walking better and have less fear of falling and more enthusiasm,” Deoskar said.

Walters had been living in an independent living apartment at Westminster when she fell in June 2011, injuring her head and breaking her collar bone. She was in a bed and wheelchair for weeks.

“I wasn’t in good shape at all,” she recalled. “I couldn’t walk. I’d fall. I had no strength. I had pain.” She had physical therapy and began working out with Householder in September 2011.

“I made up my mind that I’d have to come out of this the best way I can,” Walters said.

Householder started Walters with seated exercises and gradually built her up to her current 30-minute workout, which includes six laps walking between the parallel bars, shoulder raises, knee raises, leg extensions, toe raises, leg curls, ball squeezes for the inner thighs, walking around the wellness center and several minutes on the NuStep.

Walters exercises with Householder five times a week and also does exercises on her own during the weekend.

Walters walks using a walker and hopes to get rid of her wheelchair entirely. Her pain is minimal. She hopes to move from Martin Health Center back to her independent living apartment.

“I know how much I’ve improved,” she said after her workout on March 18. “My outlook on life has improved so much. I have a sense of wanting to live and being able to do more. It has given me hope that life can be better.

“I think Molly is marvelous,” Walters continued. “She has a wonderful way of making people feel comfortable, she is confident and she knows her work very well. I know that a lot of ‘em (residents) come here.”

Nebgen, who lives in an assisted living apartment, began exercising with Householder three times a week in October 2011. He has graduated from using a walker to a cane, is stronger, has more stamina and feels better, he said.

“It’s made a big difference in my lifestyle,” said Nebgen, who also participates in group exercise classes three to four times a week. “It makes me feel pretty good.

“People who don’t exercise are missing a whole lot of good experiences.”

WASHINGTON, D.C. — We’re in denial: Americans underestimate their chances of needing long-term care as they get older — and are taking few ste…