BLOOMINGTON — Dion McNeal has learned that he can survive.

"Therapy helped me to figure out that ... my life is what I make of it," the 26-year-old man said this week in his Bloomington apartment.

McNeal agreed to share his story on Dec. 1, World AIDS Day, a day to heighten awareness of HIV and AIDS and to remember those touched by the disease.

"I'm in a very transformative place in my life right now," McNeal said. "I am accepting who I am. I can share my story with people. I never felt so in control of my life."

The 37-year battle against HIV and AIDS also is in a transformative place.

"We're at a turning point in the epidemic," said Jeffery Erdman, assistant director for programs and compliance for the Illinois Public Health Association. "We're actually seeing, for the first time, a decrease in HIV cases."

"We've definitely come a long way regarding treatment of the disease," added Chris Wade, director of prevention services with Central Illinois Friends, a nonprofit organization that provides supportive services for people living with HIV or AIDS.

"It's an exciting time in terms of what we can do to impact the HIV epidemic," said Melissa Graven, communicable disease supervisor with the McLean County Health Department.

But much work remains to be done by individuals, health care providers and policymakers to bring the HIV numbers down to the point that the epidemic can no longer sustain itself.

"The message that I would like to pass on, as a person who is HIV positive, is we all need to do a better job of managing the HIV stigma," McNeal said. "We all need to do whatever we can to help someone else who may be experiencing depression because of HIV or any disease."

McNeal, originally from the Chicago area, moved to Charleston to attend Eastern Illinois University in 2011.

Four years ago, at age 22, he came to the realization that he was gay or bisexual. "I was exploring but didn't have guidance," he said.

"I got involved with another guy and he was HIV positive. He didn't know," McNeal said.

HIV (human immunodeficiency virus) attacks white blood cells that protect against illness and can lead to AIDS (acquired immunodeficiency syndrome), a disease that weakens the immune system so the body can't fight off potentially fatal infections. HIV is found in bodily fluids of infected people and may be spread by having sex or sharing needles with an HIV-infected person.

McNeal encouraged the person with whom he was in a relationship to get tested, but he didn't believe McNeal. Instead, he told others that McNeal was HIV positive.

That betrayal, on top of the news that he was HIV positive, put McNeal into a depressive state.

"I felt powerless," he said. "When I felt I didn't have control, I turned to drugs," namely Xanax to treat his anxiety combined with alcohol.

Even though a professor had referred him to an HIV case manager in Effingham, McNeal didn't immediately take any medicine for HIV.

"I was making poor decisions," he said. "I wasn't thinking. I was processing all of the emotions."

McNeal began taking an antiviral medicine for HIV on his 23rd birthday, June 8, 2015. He graduated from EIU in June 2016 and moved to Bloomington-Normal and began working here the following month.

The medicine was hard on his kidneys and liver, causing dehydration, so he was prescribed a milder medicine in November 2016. That helped, as well as the therapy sessions he did from early 2017 until June 2018.

In addition to his medicine and his work, McNeal eats healthy, exercises and gets enough sleep.

"I have a compromised immune system," he said. "I need to take care of myself."

He also plays with his dog, Luna, does volunteer work for Central Illinois Friends and is getting back into writing music, singing, photography and videography. Someday, he would like to be a film director.

"I needed to learn to be OK with being HIV positive," he said. "I pray that God uses me for whatever purpose he has for me. I'm in a very strong place where I can help myself and help others."

"Being HIV positive is hard," he admitted. "The medicine can help you to manage it, but you need to be honest with yourself, you need to protect yourself and you need to get support."

Help is available for people living with HIV through their doctor or their health department. Contact the McLean County Health Department at 309-888-5435 or at health.mcleancountyil.gov.com.

BLOOMINGTON — The battle against HIV and AIDS is at a turning point for several reasons.

HIV still with us but manageable

BLOOMINGTON — The 35-year-old story of HIV and AIDS is not over but it's brighter.

BLOOMINGTON — To Jaime Russell, among nearly 50 volunteers who unloaded a Connect Transit bus outside Children's Home & Aid on Monday, the…

On the go: New-generation urgent care to open in Normal

BLOOMINGTON — ’Tis the season in Central Illinois for "achoo" to join hands with "Ho, ho, ho."

Syphilis on the rise in Central Illinois, nationally 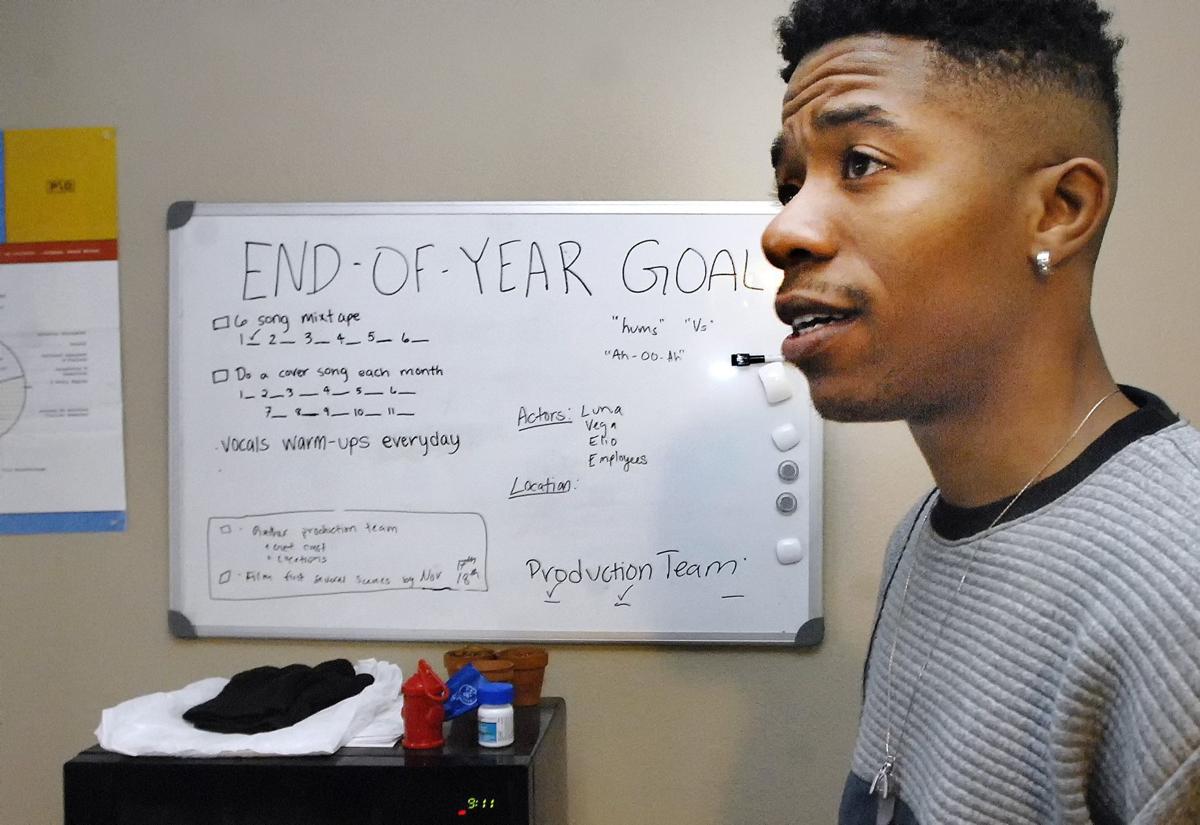 Dion McNeal, 26, of Bloomington, uses a whiteboard to track his creative projects and his progress toward his goals, which help to keep him focused as he keeps up with his job and other daily responsibilities, including taking care of his health. 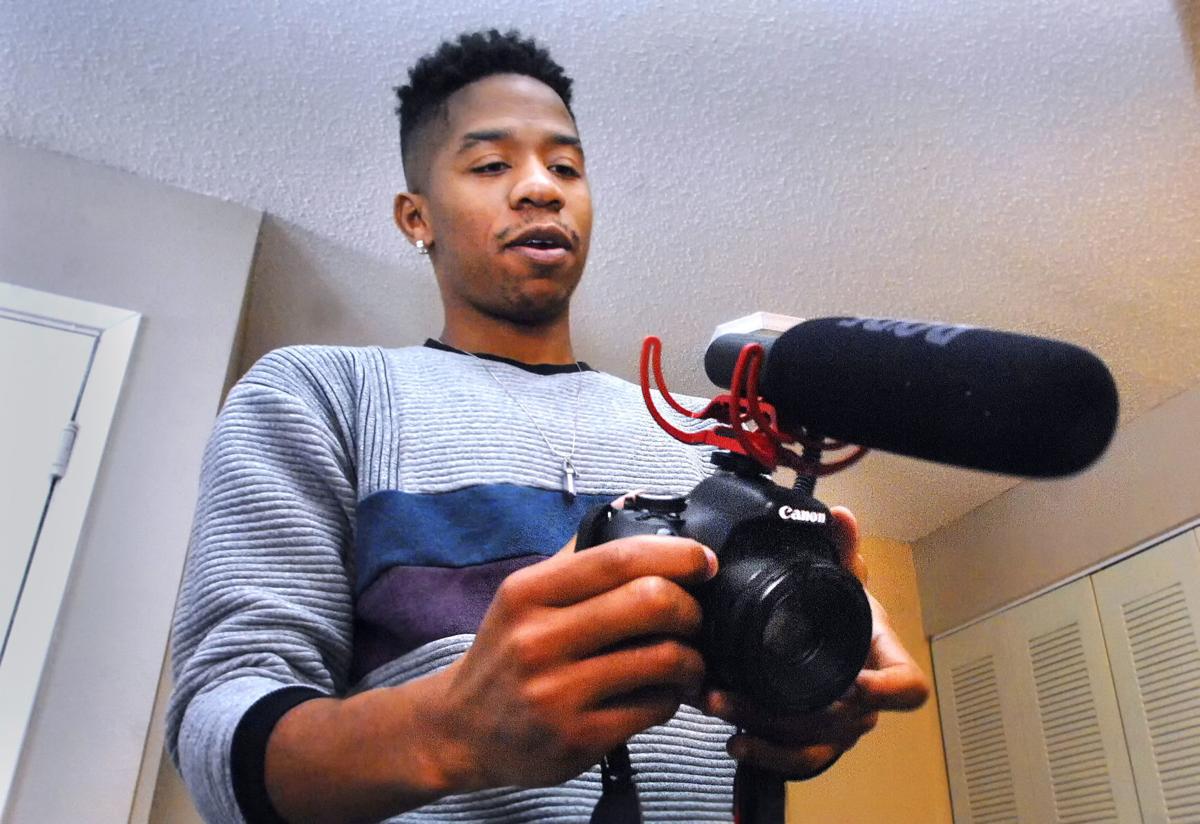 Dion McNeal works with the sound recording system on his camera as he prepares for a film project in his Bloomington apartment in 2018. McNeal, who studied media at Eastern Illinois University and has a full-time job, hasn't let a diagnosis of HIV prevent him from getting back into music, photography and videography. 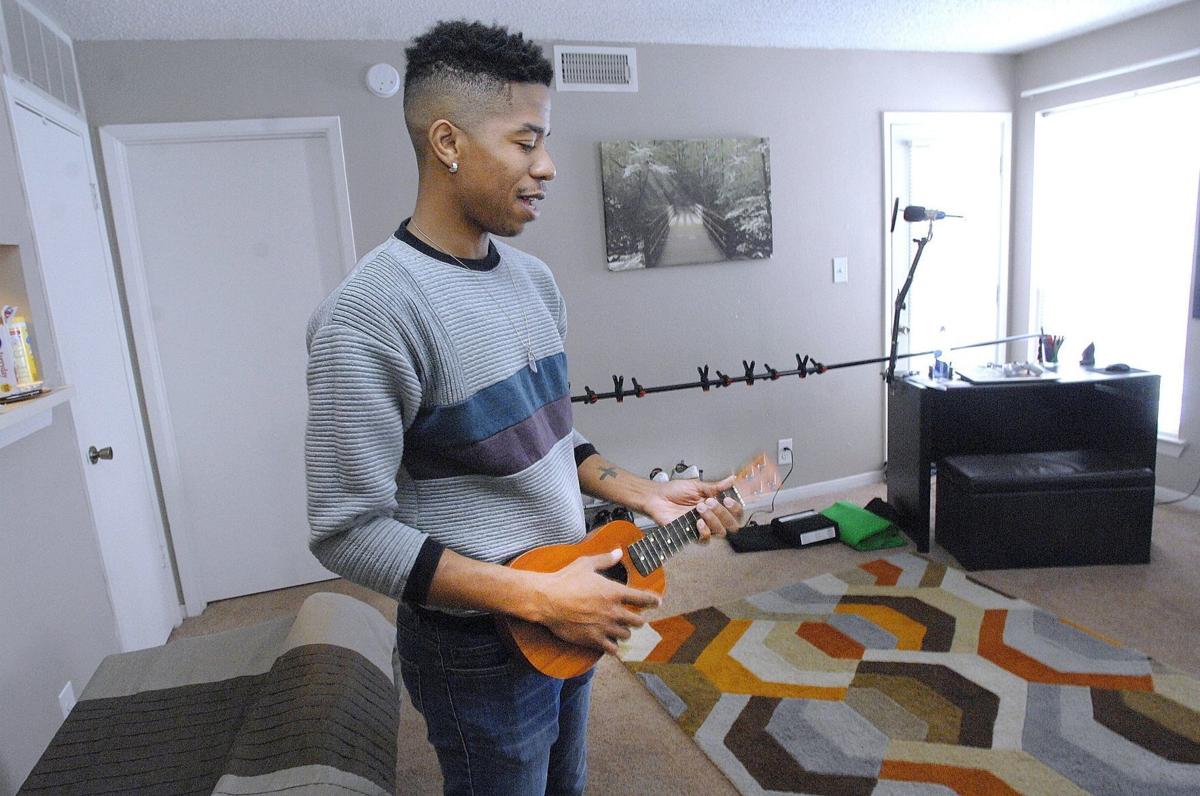 Dion McNeal has discovered that inspiration can come from unexpected experiences, like playing a ukulele, after a friend introduced him to the instrument. Besides video work, McNeal is a songwriter and is taking voice lessons. 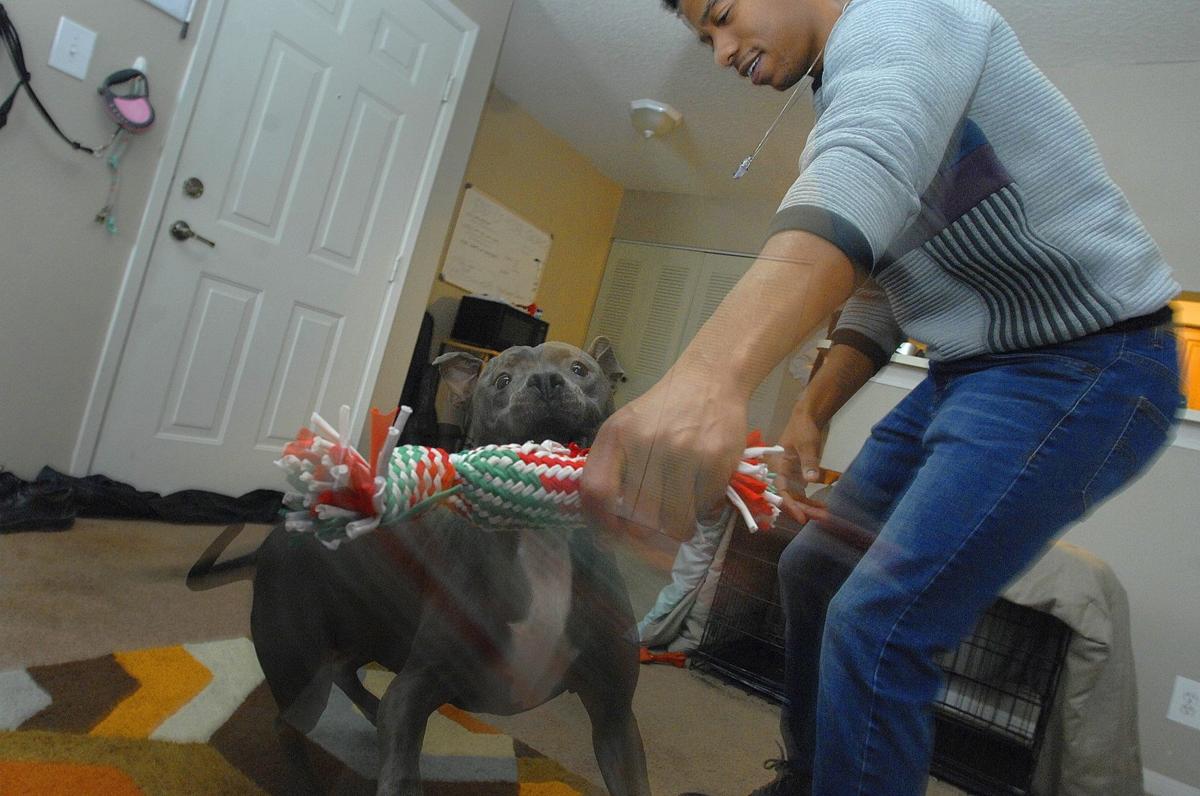 Dion McNeal plays with his dog, Luna, in his Bloomington apartment. Spending time with his dog is among the ways that McNeal lives with his diagnosis of HIV.