The zoo closed its Katthoefer Animal Building and is limiting interaction with the animals in the enclosure after a Sumatran tiger and four snow leopards began showing symptoms of the virus, said Jay Tetzloff, zoo director. Test results are pending.

"We are in favor of vaccinating, we just haven't felt it was worth the risk at this time," Tetzloff told The Pantagraph. "I suspect we will, but we wanted to see how other zoos were dealing with it."

Vaccinations are available for certain species of animals that are more susceptible to the virus, such as carnivores and primates. For Miller Park Zoo, that would include all of its big cats, as well as the Pallas's cats, the North American river otters, and all of its primates.

But, while widespread testing of the vaccine was available for humans, Tetzloff said the zoo held off on vaccinations to monitor how animals at other zoos responded. He said testing was limited for animals due to certain species being endangered, which made vaccinations riskier.

"We were holding back and waiting to see if there were any issues from zoos that have gone ahead and vaccinated," said Tetzloff. He added that the zoo's veterinarians indicated that animals who have been vaccinated elsewhere have responded positively with few reactions.

Bloomington-Normal, other areas to get new area code: 861

The tiger and four snow leopards began showing symptoms of labored breathing and a cough on Nov. 20. Miller Park Zoo closed the enclosure to the public and limited zoo employees' interactions with the animals starting Nov. 21.

"We have been cautious for a year and a half with those animals, wearing N-95 masks, wearing gloves, and spending less time with them than usual," Tetzloff said. "This is the first time we've had any animal that has shown symptoms."

The cats, which have been tested and are waiting on results, are being treated for coronavirus and are responding to that treatment, Tetzloff said.

“What other zoos have seen in their cats that have tested positive are those symptoms," he said. "Cats get a cold like we do, but we’re just being really cautious."

Tetzloff said while humans can contract the virus from animals, it's at a much lower rate than humans passing the virus on to the animals. The virus can be fatal for the cats, and Tetzloff said there have been at least four big cats in North America that have died from COVID-19.

None of the animals at the zoo have received COVID vaccinations, but Tetzloff said the city continues to consult veterinarians as well as evaluate and follow results from other facilities that have administered vaccinations.

For example, the primates that have tested positive for the virus at other zoos have only been gorillas and other species of apes. Tetzloff said if Miller Park Zoo does move forward with vaccinations, they might do a phased rollout, vaccinating its big cats first and waiting and monitoring how susceptible its species of primates are to the virus.

"In that case we would be relying on our veterinarian's recommendations," he said. He added, "We've just been waiting, evaluating, talking with others, and we've gotten closer to saying yes (to the vaccine) every time we've talked about it."

The zoo hopes to reopen the Katthoefer Animal Building for visitors by Dec. 10.

Tickets for the opening weekend of Wild Lights are free for Miller Park Zoological Society members, and are discounted at $5 for non-members. The event runs Saturday and Sunday 5 to 8 p.m.

People who have purchased full-priced tickets in advance may receive a refund of $3, or they can choose to donate the money to the zoo. Tickets for the event's second weekend on Dec. 10 and 11 will remain full priced at $3 for Zoological Society members and $8 for non-members.

Masks are required in all indoor spaces at the zoo.

The Pantagraph Goodfellow Fund for Tuesday: See who donated

With a new COVID-19 variant gaining attention worldwide and 383 new cases in the county, the McLean County Health Department is urging residents to get tested after the long holiday weekend.

The event will begin at 9:15 a.m. Saturday at the Miller Park Pavillion. Check-in opens at 9 a.m. Families are required to pre-register at bloomingtonparks.org by Thursday.

Sierra Henry's 5 most memorable stories of 2021

Another crazy year has flown by and I would be lying if I said choosing my top five most memorable stories was easy. These lists, which we do … 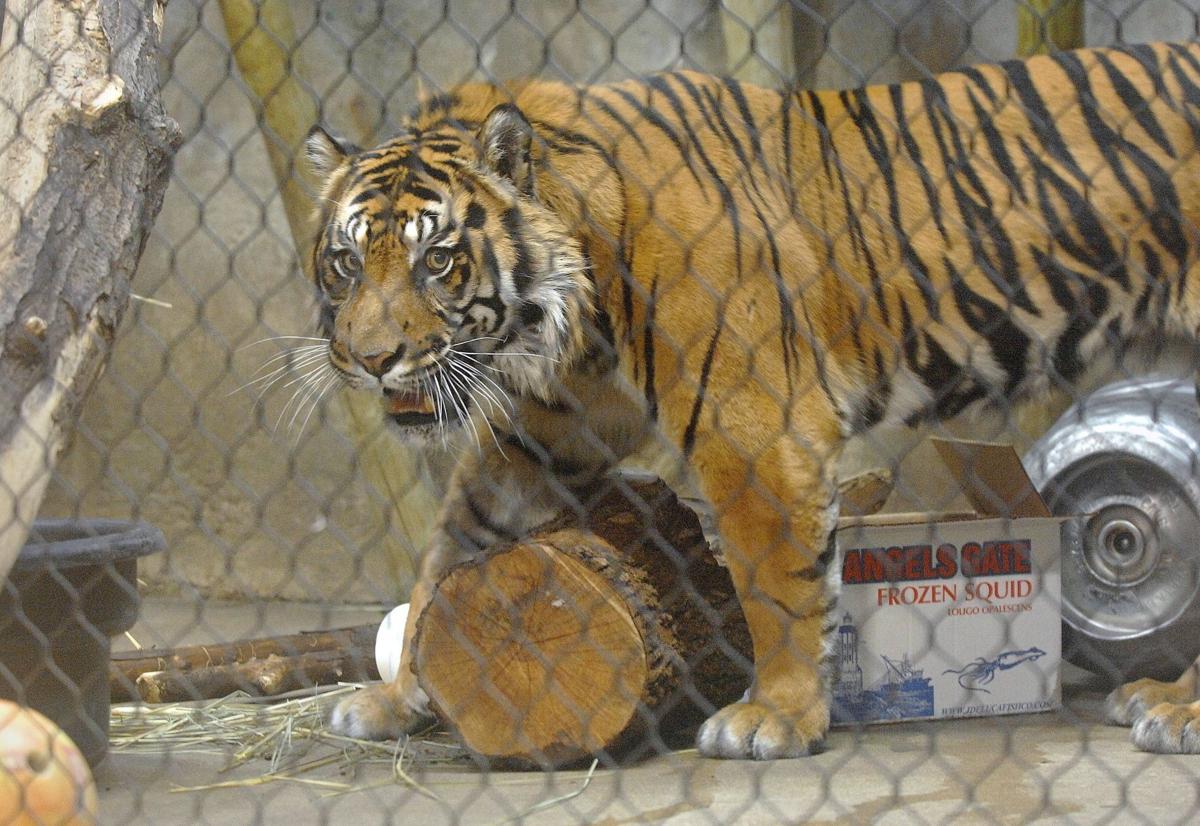 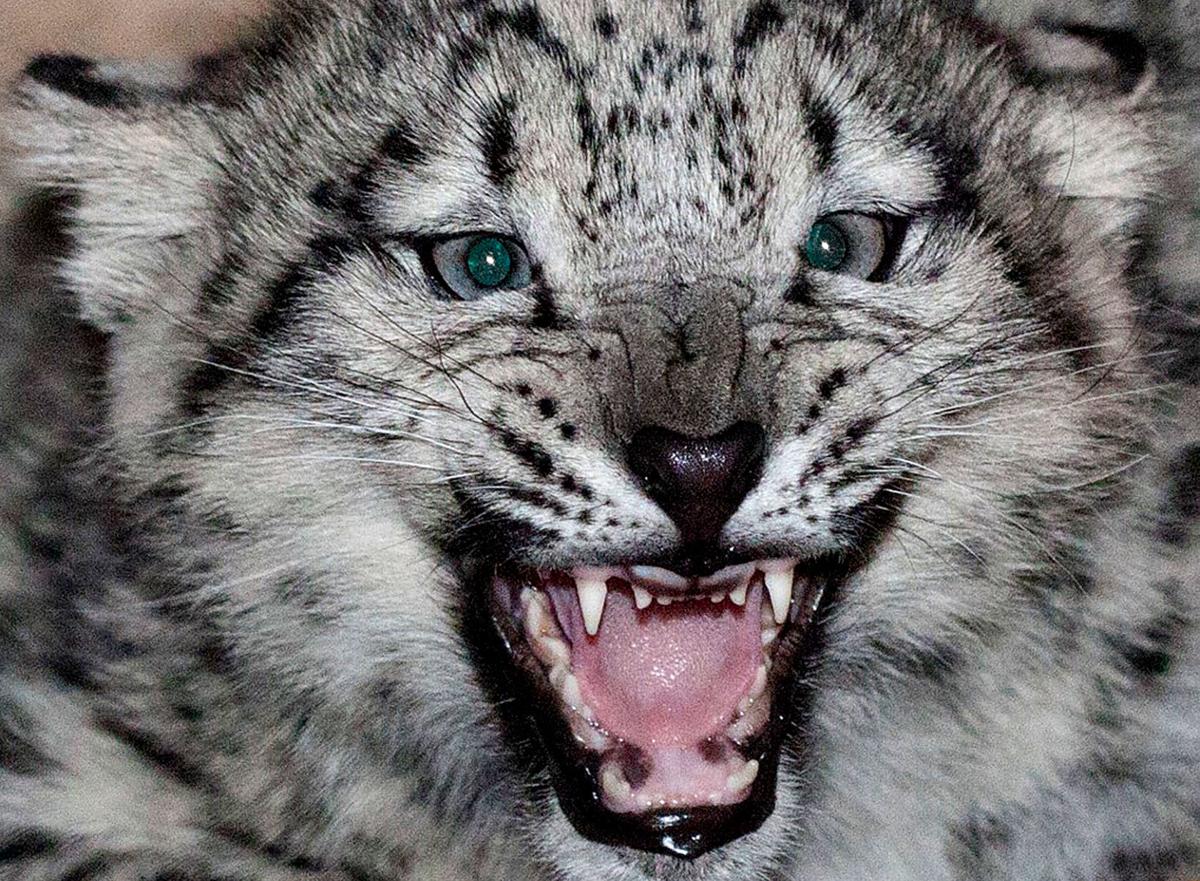 A Miller Park Zoo snow leopard back from a trip to Omaha reacts Thursday in Bloomington. The animal and a littermate were treated at a Nebraska zoo for a leg deformity.